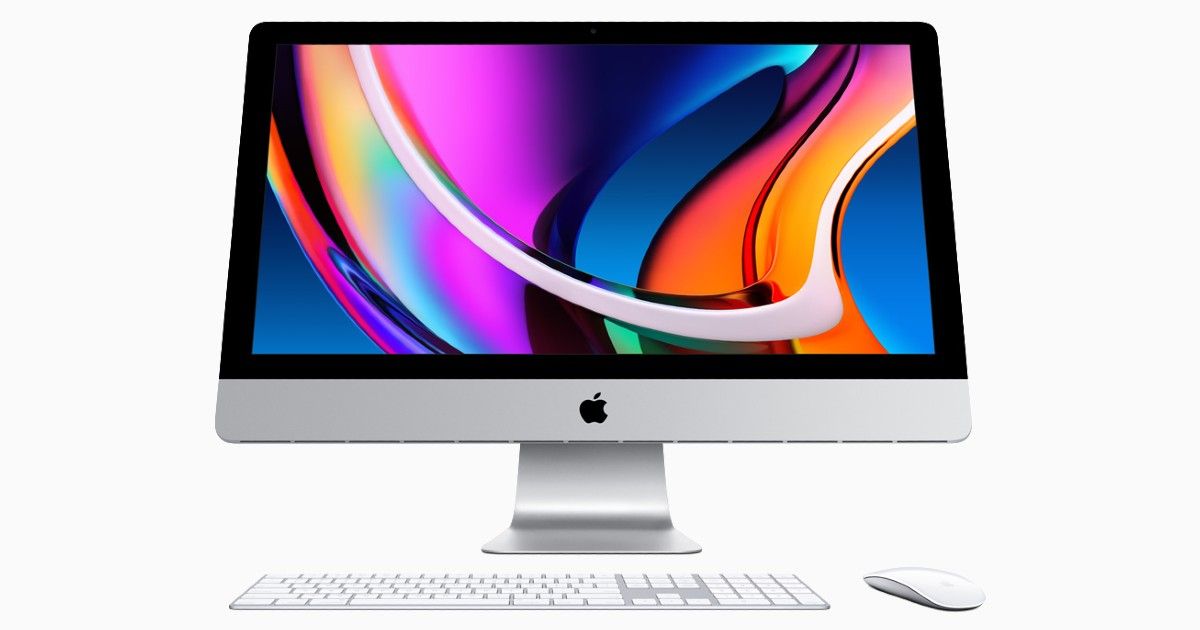 Apple has launched new iMac models globally that come with a few upgrades under the hood. The 27-inch iMac is now powered by new 10th-gen Intel processors and comes with 1080p webcam instead of HD resolution. Additionally, Apple has made SSD storage standard across the line and introduced a handful of new configurations, including a “nano-texture” version with less reflective matte glass. The design and overall form factor of the new iMacs remain the same as previous-generation models. The machine still features huge bezels all-around and a bulky metal chin with Apple logo at the bottom.

The 27-inch iMac price in India starts at Rs 1,69,990. The new 21.5-inch iMac with SSDs storage and iMac Pro with 10-core Intel Xeon processor cost Rs 99,900 and Rs 4,64,900, respectively. The new iMacs will be available for sale via Apple Authorised Resellers later this month.

Talking about the specifications, the 27-inch iMac is powered by the latest 6- and 8-core 10th-generation Intel processors – there is a 10-core processor option as well that supports “Turbo Boost speeds reaching 5.0GHz for up to 65 percent faster CPU performance,” said Apple in its press release. The processor is paired with 16GB VRAM and next-generation Radeon Pro 5000 series graphics that are said to deliver up to 55 percent faster graphics performance. The iMac can have up to 128GB of DDR4 RAM as well.

In addition to that, the new 27-inch iMac touts standard up to 8TB SSDs, 1080p webcam, and Apple T2 Security Chip that is rated to keep files and data stored on the SSD safe and secure. The security chip also brings tone mapping, exposure control, and face detection and works with the speakers to enable variable EQ for better balance, higher fidelity, and deeper bass to enhance video calling experience. Apple says the improved camera features will work in any videoconferencing app, not just FaceTime. That said, despite the T2 chip, the iMac doesn’t have biometric login options such as Face ID and fingerprint sensor. The display and speaker hardware are unchanged.