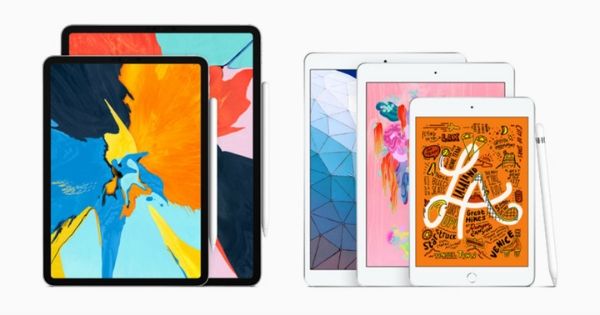 “The global tablet market saw a decline of 5 percent year over year in Q2 2019 with 32.2 million shipments, says IDC”

According to a new report by market research firm IDC, the global tablet market continues to be led by the Apple iPad. This shouldn’t come as a surprise to anyone, as the iPad is probably the best tablet available in the market by far. Samsung and others have tried to provide alternatives, such as the newly announced Galaxy Tab S6, but it isn’t enough to dethrone the iPad. Apple saw its iPad sales increase by 4 percent in Q2 2019, compared to same quarter last year, according to IDC. However, the global tablet market saw a five percent decline year over year in Q2 2019.

The IDC report states that the global tablet shipments fell to 32.2 million units in the second quarter. Apple had a large lead to Samsung, who is second in the tablet market. As per the report, the new iPad Air models helped Apple improve its tablet shipments in Q2 2019. Apple has a 38 percent share in the tablet market, and managed to sell about 12.3 million iPads in the second quarter. It saw a 6.1 percent year over year growth, but certain models of the iPad saw a decline of 7.5 percent.

In second place, Samsung managed to hold on to the second place. However, compared to shipments last year same quarter, the company saw a decline of 3.1 percent. Samsung had a market share of 15.2 percent and sold 4.9 million tablets in Q2 2019. The company has high-end tablets, but its most popular tablets belonged to the budget E and A series. In third place, Huawei managed to ship 3.3 million tablets and gained a 10.3 percent market share. The Chinese company saw a 6.5 percent decline in market share year over year.

Amazon and Lenovo followed Huawei with 7.4 percent and 5.8 percent market share, respectively. The Amazon Fire tablets actually saw an increase in sales thanks to the Prime Day sale. It sold 2.4 million units in Q2 2019, compared to 1.9 million units in the same quarter last year. The company saw a 46 percent year over year growth. The same cannot be said for Lenovo, which saw a 6.9 percent year over year decline in market share and sales. However, the company did have a decent growth in overseas markets such as Western Europe, United States, and Japan.