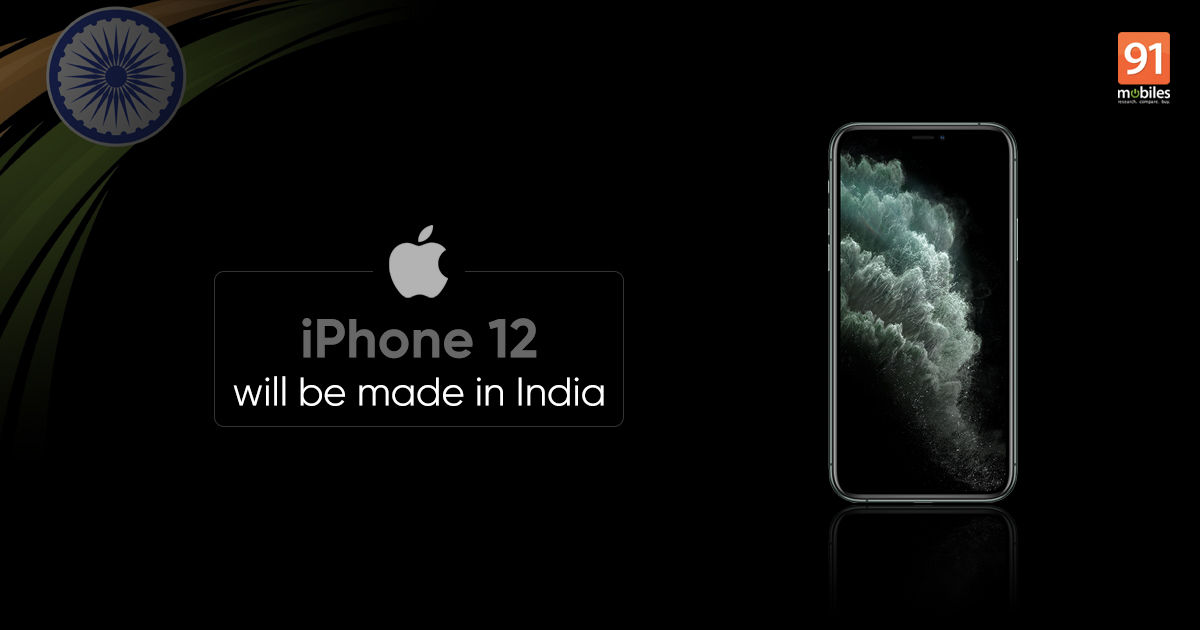 Apple iPhone 12 ‘Made in India’ models will hit stores in the country by the middle of 2021, Business Standard reports. Initially, the iPhone 12 models in India will be coming from outside, but by mid-2021, Apple hopes to locally produce the new handsets. Wistron, which is Apple’s contract manufacturer, will produce new iPhone models at its plant in Bangalore, the report adds. The iPhone 12 series will likely make its debut in October while shipments of the new models could be delayed by a few weeks owing to the COVID-19 pandemic.

As per the report, Wistron is planning to invest nearly Rs 2,900 crores and aims to employ 10,000 people for the new plant, which will become fully functional by October. Around 1,000 workers are already working at the Wistron plant.

The report comes just a few weeks after Apple started assembling the iPhone 11 locally at the Foxconn plant in Chennai. Moreover, the Cupertino giant is aiming to assemble the iPhone SE 2020 before the end of this year. Apple currently manufactures iPhone 6s, iPhone 7, and iPhone XR in India. This comes amid growing reports of Apple looking to diversify its manufacturing plants to other countries, including India, where it can save on import duty. The iPhone 12 series is said to launch in the October 12th week.

Apple is recently reported to be toying with the idea of a multi-billion investment in India and aims to make the country a $40 billion manufacturing hub. The Cupertino giant wishes to move a fifth of its production capacity to India from China. This will also help the company to price the iPhones more competitively in order to compete with OnePlus and Samsung flagship phones.