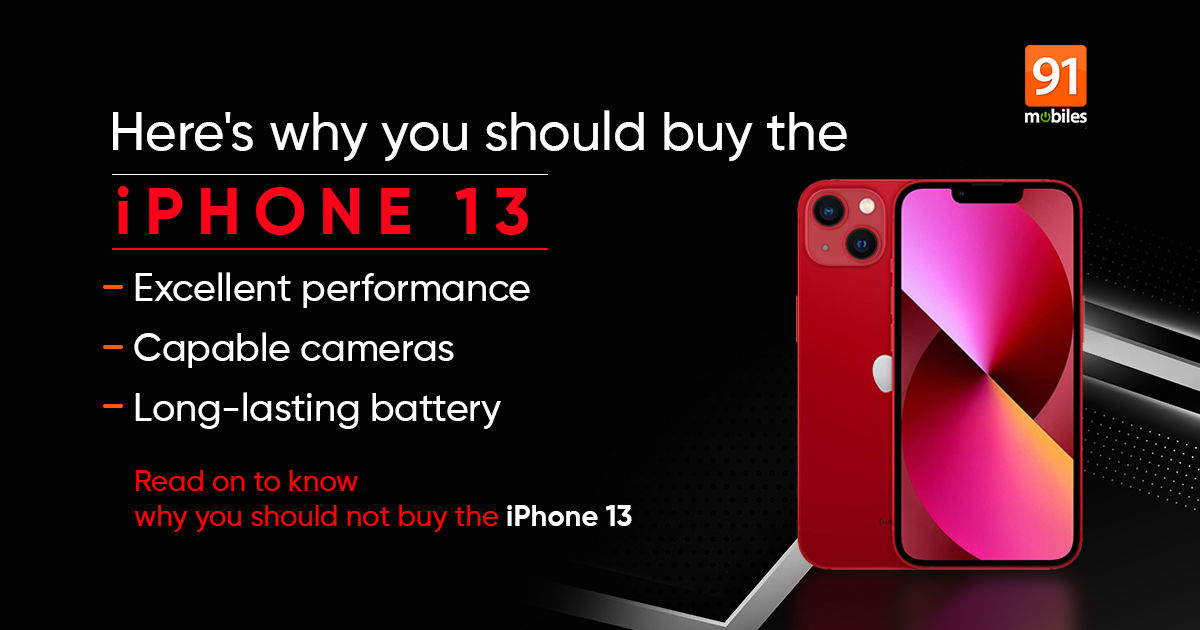 Every year, Apple releases a new iPhone and fans wonder whether they should spend their hard-earned savings on it. This year, Apple launched the iPhone 13 series, which is widely considered to be a modest upgrade over the iPhone 12. The vanilla iPhone 13, especially, comes with very few noticeable upgrades over last year’s iPhone 12. The camera sensors and battery life have been improved. In contrast, the iPhone 13 Pro and Pro Max deliver a bigger punch, with a 120Hz ProMotion display, upgraded cameras, and even bigger batteries. Should you buy the iPhone 13 in India, considering it starts at a cool Rs 79,900? You can read our full review of the iPhone 13 to know every detail, or you can read ahead if you’re short on time. 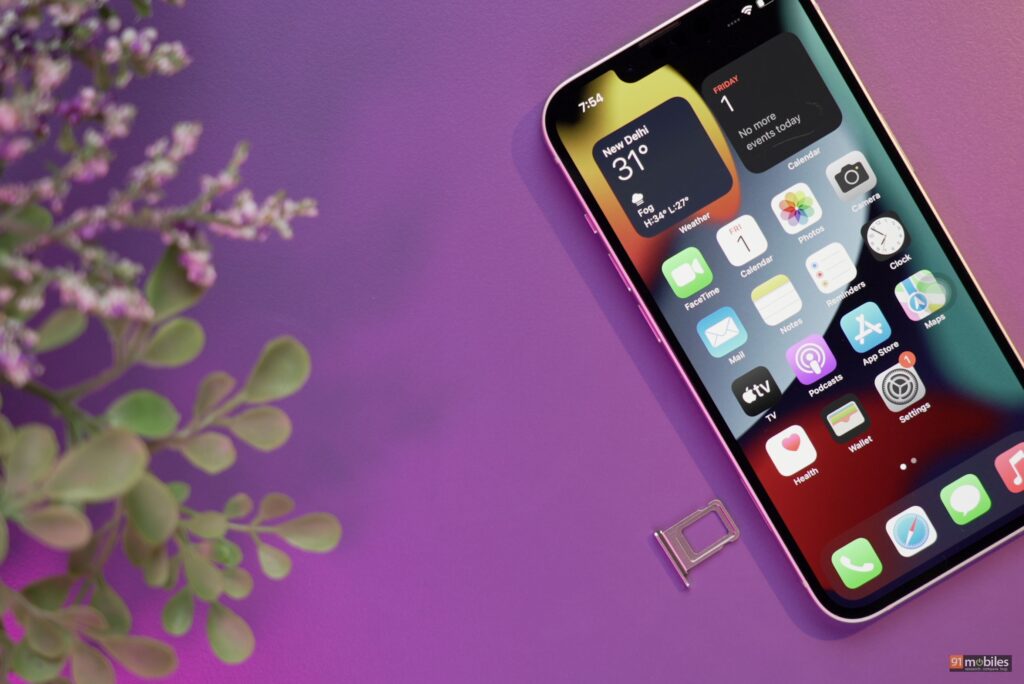 We all know how great iPhones are when it comes to performance, and iPhone 13 is no different. The iPhone 13 comes with Apple’s latest and greatest A15 Bionic chip. The new chip from Cupertino giant features a 6-core CPU and 4-core GPU. However, the new chip doesn’t excel hugely in terms of performance as compared to the last few generations, but you won’t notice it slowing it down anytime. The iPhone 13 can handle day-to-day tasks while delivering top-notch gaming performance without any jitters. As far as software is concerned, the iPhone 13 comes pre-installed with iOS 15, which offers some new features to users without tinkering with the user interface. Overall, iPhone 13 is a competent performer, and it won’t disappoint you in the long run. 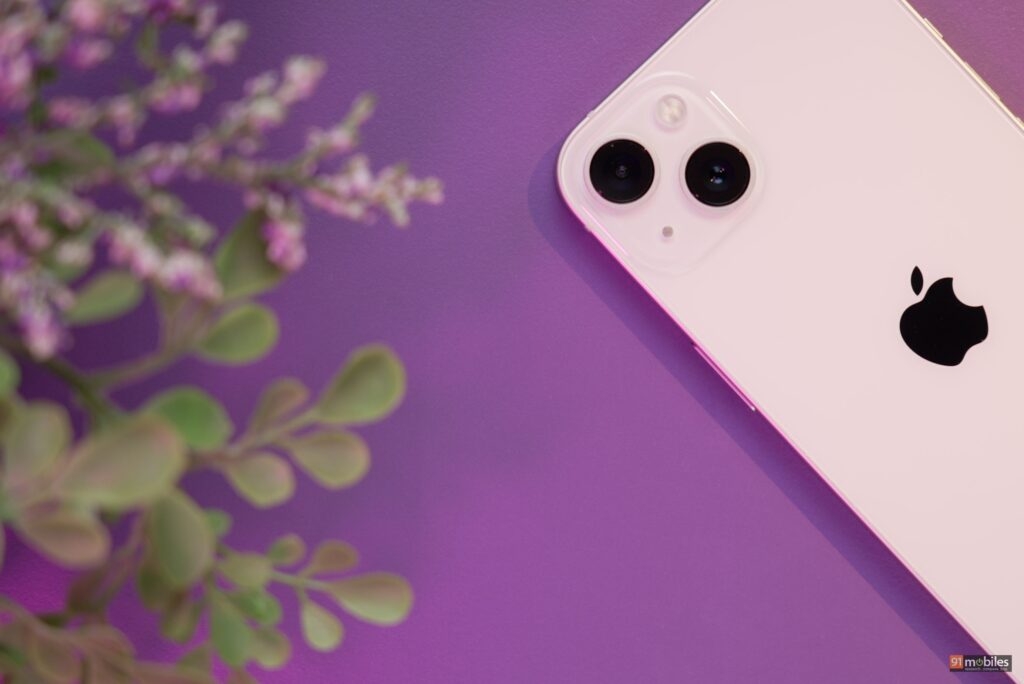 Every year, Apple sets the benchmark for mobile photography with its new iPhones. Well, iPhone 13 continues to hold this legacy. However, it doesn’t significantly improve its predecessor, but it is leagues ahead of any other smartphone in its segment. The iPhone 13 comes with a pair of 12MP cameras – a wide and an ultrawide camera. On the front, it also gets a 12MP camera for selfies and video calls. The new sensors claim to capture 47% more light than the ones found on the iPhone 13, resulting in better low-light shots.

You can check out the camera comparison between iPhone 13 and iPhone 12 in our full review.

Apple did improve on the battery life with the iPhone 11, but things went a little south with last year’s iPhone 12. But, things seem to get better this year as iPhone 13 improves on the battery front compared to its predecessor. During our review period, the iPhone 13 recorded 7 hours of screen on time in a day full of heavy workload, much better than its Android counterparts. So, if you’re out there for a phone which lasts a whole day, then iPhone 13 would be the best option for you.

2 reasons you should not buy iPhone 13

iPhone 13 offers a pretty concrete battery life, but it’s still behind most Android smartphones in terms of charging speed. The iPhone 13 offers support for a 20W wired charger and 15W wireless charging with MagSafe compatible chargers. Meanwhile, your usual Qi wireless charger will juice up the battery at 7.5 watts. The numbers here are much lower than what mid-range Android phones have to offer. Most Android flagship smartphones nowadays come with at least 30W fast charging support. Meaning, a mid-range Android smartphone will get charged quickly than an iPhone 13. So, this is a department where iPhone 13 gets behind the competition. The display on iPhone 13 is beautiful, but it still misses out on one key feature, the 120Hz ProMotion display. The Pro models get the 120Hz refresh rate display, but the vanilla model still has a 60Hz panel. This might not be a con for everyone, though missing out on a high refresh rate despite being a top-end phone in 2021 could be a bummer for some.