91mobiles.com
Home Apple Here’s how the dual-camera setup works on the Apple iPhone 7 Plus “With the dual-camera arrangement, Apple seems to have pulled out all stops to challenge Samsung’s supremacy in smartphone photography”

Cameras on our smartphones have come a long way. From trailing behind point-and-shoots cameras to one-upping them, and now even rivalling professional-quality DSLRs, phone manufacturers are constantly pushing the limits further. One of the biggest challenges for improving picture quality is that companies have to strike a balance between the size of the sensor used for cameras, without sacrificing the thickness of the handset (DSLRs are big and bulky due to large sensors). However, now the brands have come up with an innovative solution for the same – use of dual-sensors in the camera module.

While dual cameras aren’t a new phenomenon, it’s in 2016 when manufacturers seem to have implemented them well. LG’s G5 (review) allows you to use the secondary 8MP camera as a wide-angle lens, allowing you to capture a wider area in the same frame, which is nothing short of impressive. Huawei P9 (review) on the other hand, captures pictures in RGB with the one sensor and monochrome with the other, and then merging them both to offer more realistic images. 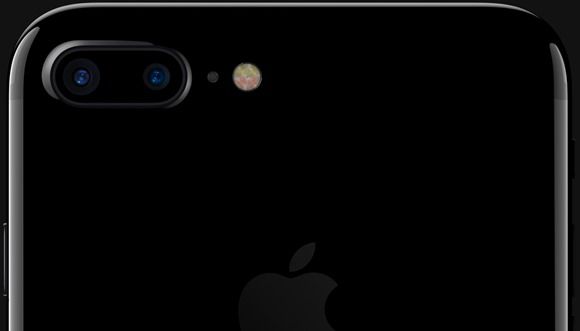 The Cupertino giant has also joined the dual-camera bandwagon with its latest offering, the iPhone 7 Plus. While Apple might not be the first brand to innovate with this feature, one can bet that more brands are likely to follow suit. So, it’s pertinent to understand how the dual-camera array in the Apple iPhone 7 Plus works, both if you’re interested in the device and it’s tech, and also if you want to see what the future of smartphone photography might hold. Without any further delay, let’s get started. 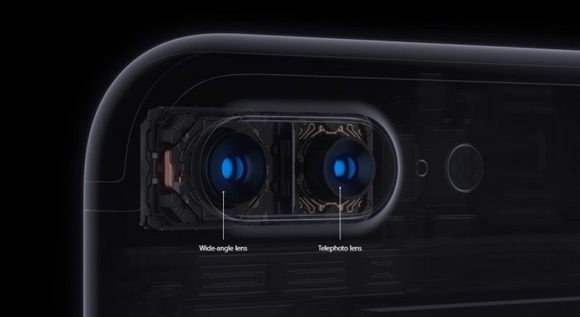 Unlike many other dual-camera setups, both the sensors in the iPhone 7 have the same 12MP resolution. One of them is a 56mm telephoto lens with f/2.8 aperture, which means it has a narrow field of view, while the other is a 28mm wide-angle lens with a larger f/1.8 aperture, providing the ability to capture a wider area and offer greater depth of field. Thanks to machine learning, the phone creates a depth map to differentiate between the foreground and the background, and interestingly enough, works in real-time and not during post-processing (this feature will come via a software update). With the dual-camera system, Apple is offering optical zoom-like capabilities to consumers. The iPhone 7 Plus offers up to 2x optical zoom and 10x digital zoom, with the click of a button. The dual sensors will also help in low-light situations as they will be able to collect twice the amount of light.

To simplify things, while the Huawei P9 uses both cameras simultaneously, the Apple iPhone 7 Plus follows LG G5’s mechanism. LG G5 lets you switch between the normal mode and wide-angle mode with a simple click, whereas the iPhone 7 Plus lets you get closer to the subject with a simple press of the button (along with an option of zooming in further, digitally). The animation below should make the process clearer.

Talking about dim environments, Apple has also made use of a quad-LED arrangement in its true-tone flash module, providing 50 percent more illumination than the iPhone 6s without resulting in unreal colours of the subject, since two of those LEDs will be amber coloured, while the other two will be white. The module also comes with an anti-flicker sensor to compensate for the flickering of lights in photos or videos.

It must be noted that the Apple has continued to keep the difference in the camera department of the two iPhone siblings. While previously, the bigger brother offered optical image stabilisation, this time around, the difference is wider (pun intended) as the iPhone 7 features a single 12MP wide-angle sensor. However, both the iPhones come with 6-element lens and optical image stabilisation. With the new iPhones, Apple is also offering its own ISP (image signal processor) which processes over 100 billion operations on a single photo within 25 milliseconds, promising pristine images and videos. Pro photographers would also love the option to save the images in RAW format. 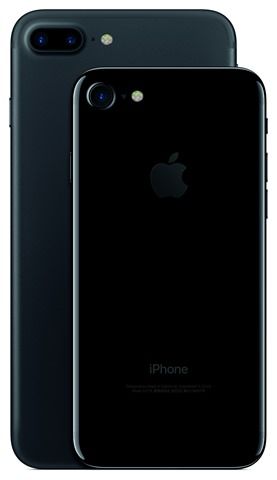 With Samsung reigning the smartphone photography this year with the Galaxy S7 duo and Note7 (first impressions), Apple seems to have pulled out all the stops to challenge its Korean rival’s supremacy. It might even have succeeded, and we’re certainly excited to test it out and pit the arch-rivals against each other.