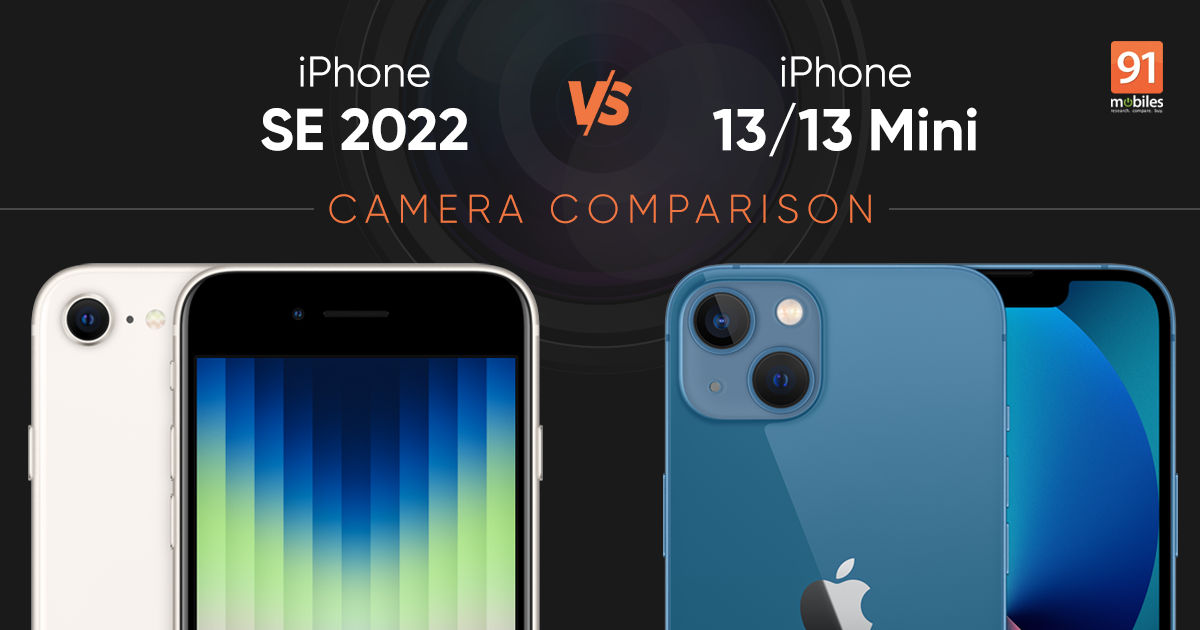 Apple makes obscenely expensive tech which is partly why, the company’s “affordable” products garner a lot of hype. Case in point, the all-new iPhone SE 2022 – Apple’s latest, wallet-friendly smartphone for the masses. The device in question employs an age-old design and pairs it with the stupendously fast A15 Bionic processor. That said, it remains to be seen whether the phone offers a good photography experience – after all, the handset only ships with a single camera at the back and the front respectively. Well, that’s what I’m here to find out. So, without any further ado, let’s take a closer look at the iPhone SE 2022’s camera prowess and see if the phone can hold its own against the iPhone 13 / 13 Mini (review). 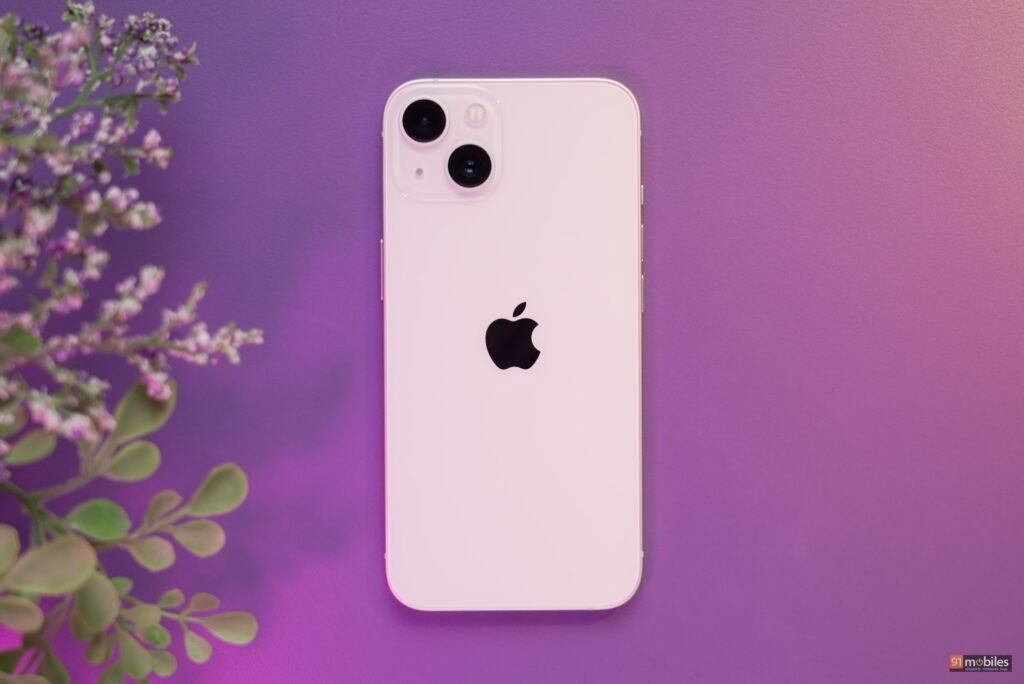 With the specs out of the way, let’s take a closer look at the daylight shots from the two phones. For the most part, you won’t find any differences between photos taken from the devices in a well-lit environment. With that said, at a closer crop, the iPhone 13 / 13 Mini’s main sensor captures images with a smidge less noise. The iPhone SE 2022’s photos, while just as detailed and sharp, tend to be a bit grain-y too. 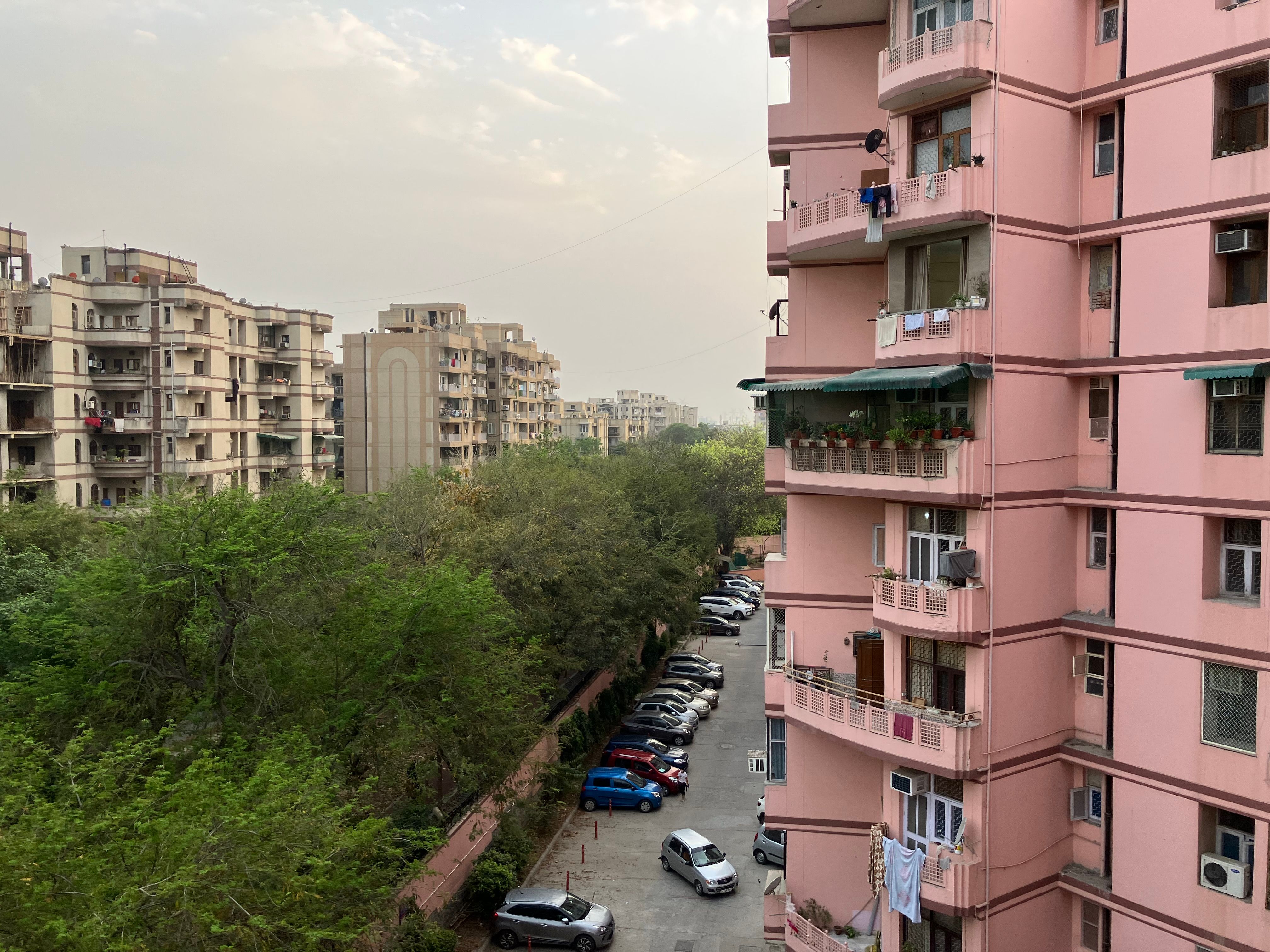 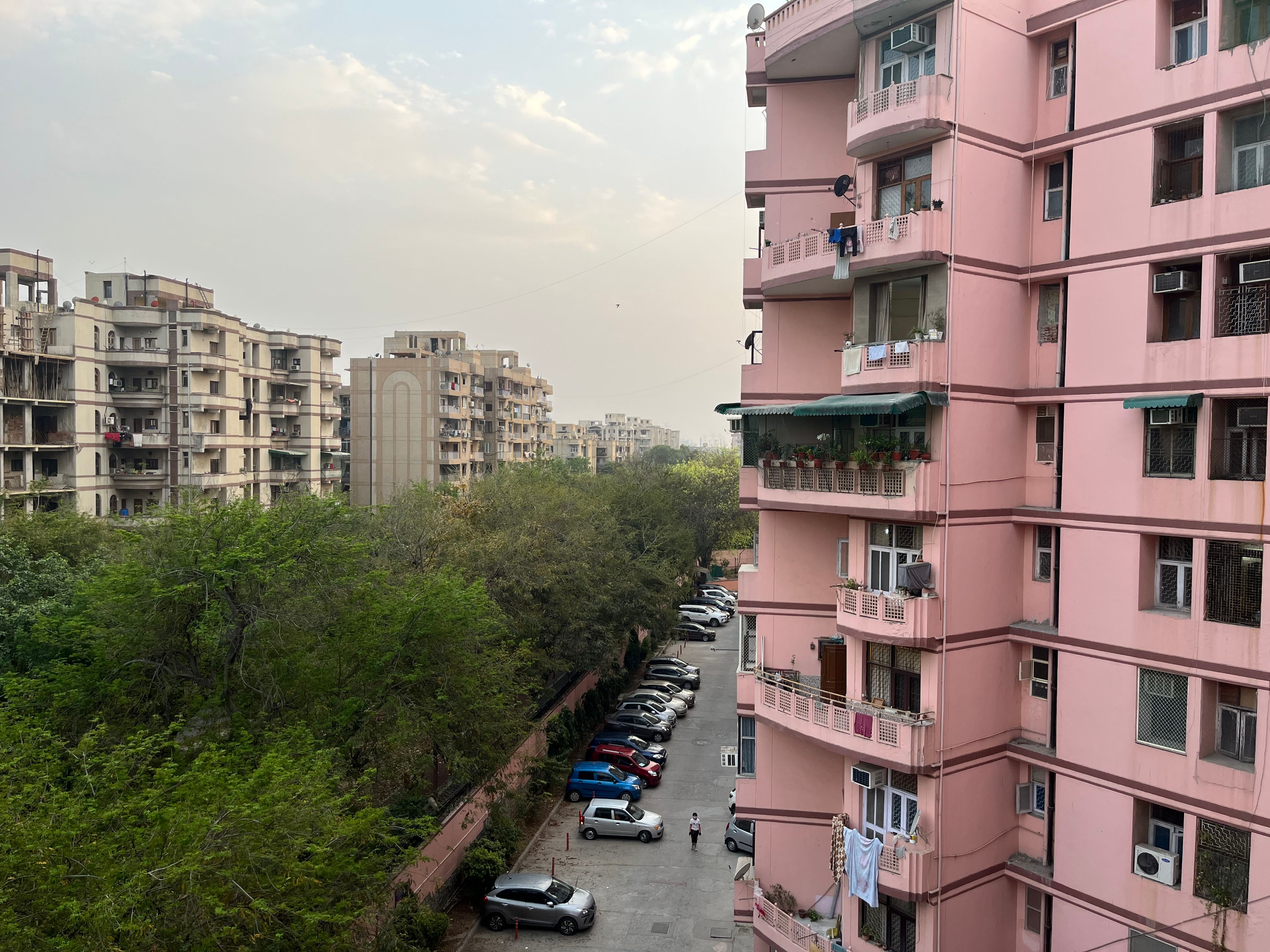 The same is evident in the slider above wherein, at a 100 percent crop, the edges of the buildings, as well as the cars parked towards the bottom, offer a tinge of noise in the iPhone SE 2022’s snap. 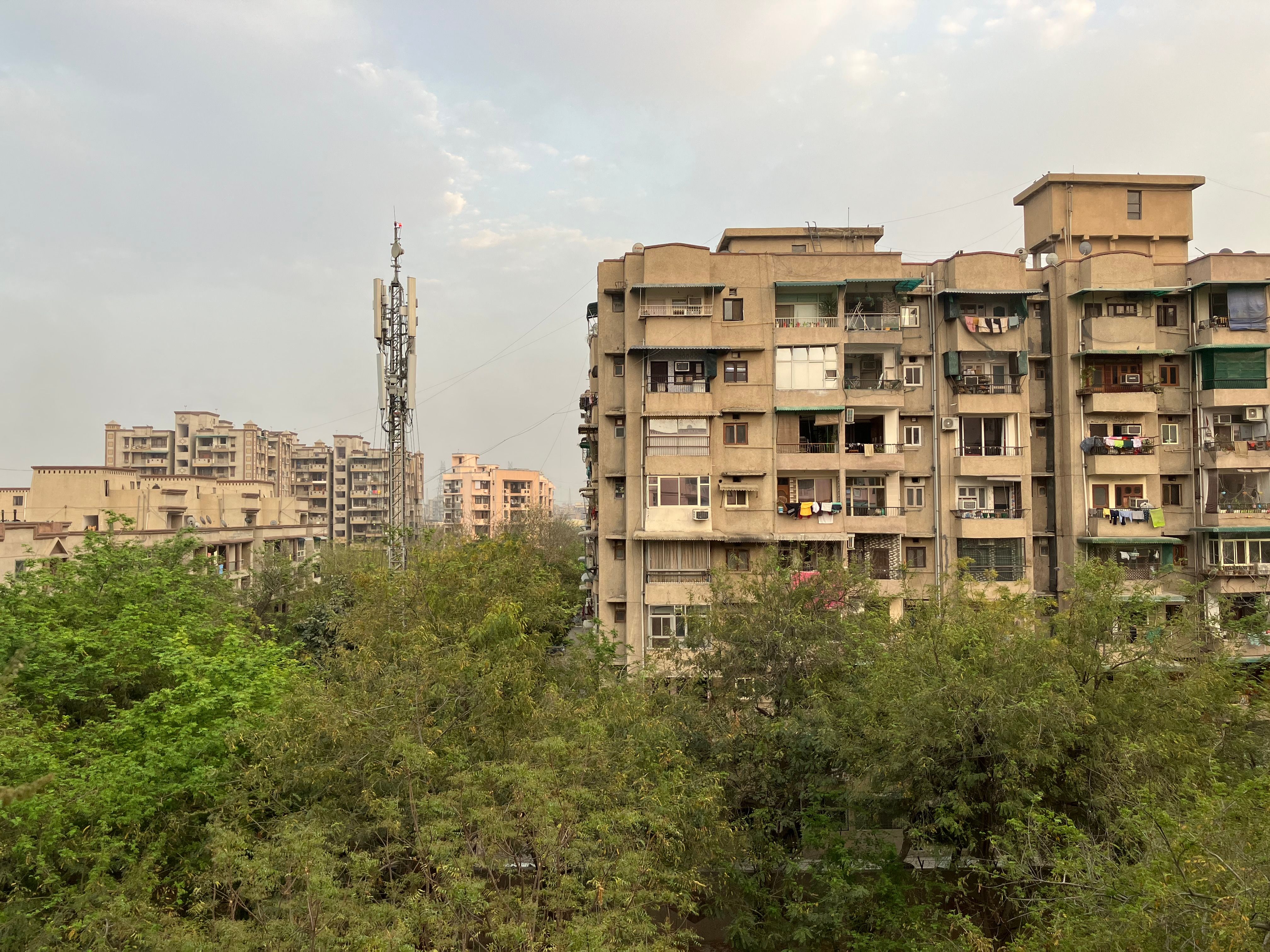 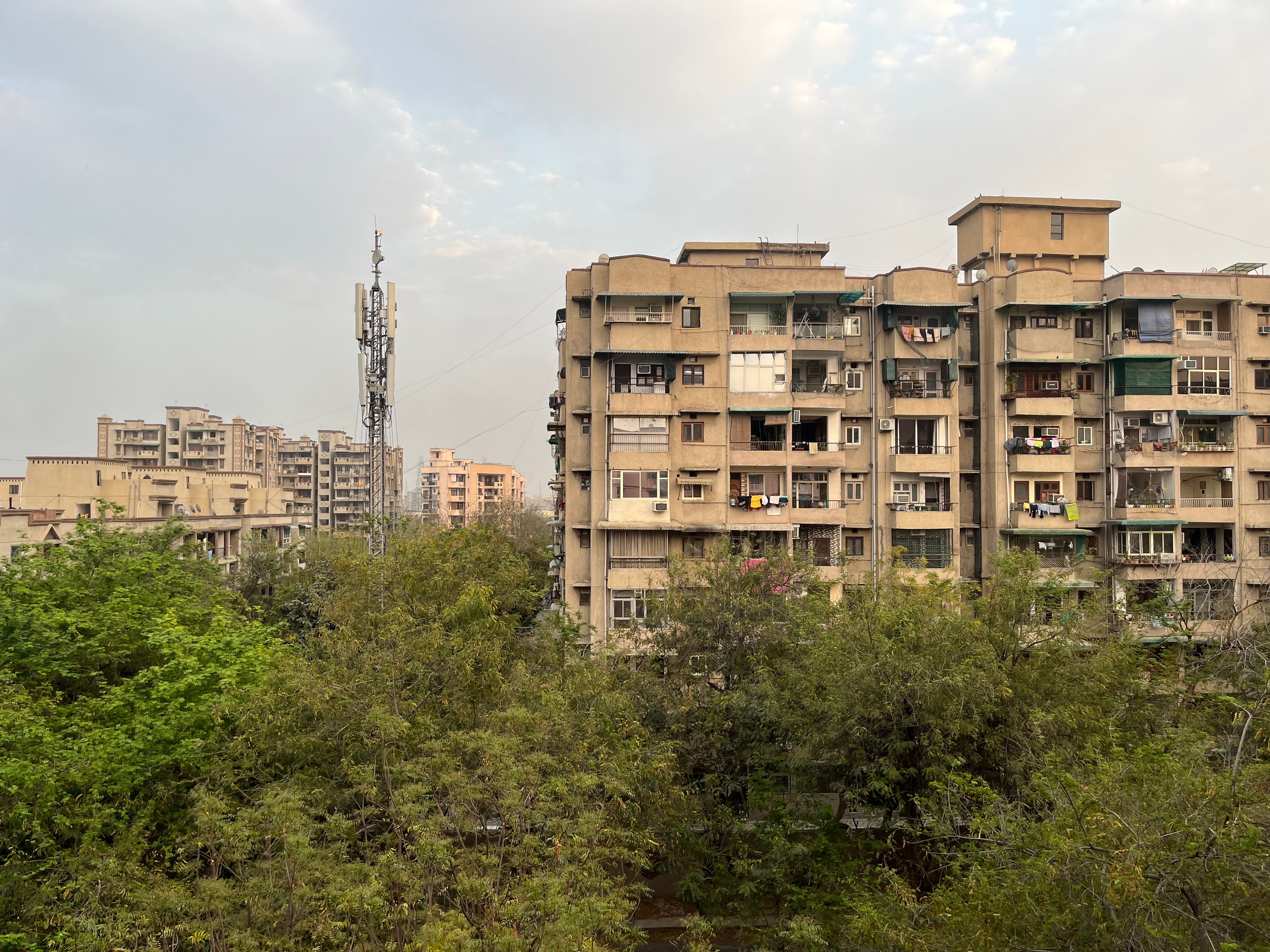 Here’s another example – in the slider attached above, you’ll notice a bit of noise around the antenna in the SE 2022’s photo. Now, bear in mind that without zooming in, the shots are neck and neck and you’d be hard-pressed to tell which phone clicked which picture. Be it the dynamic range, the corner sharpness of elements in the photo or even the colours, both the phones are equally adept at clicking stunning photos when the sun’s out. What’s more, much like the iPhone 13 series, the iPhone SE 2022 can also utilise different photographic styles to spruce up an image. So, if you wanted to click a photo with slightly contrast-y tones, you could use the Vibrant photographic style on either of the two handsets. All said and done, both the phones click near-identical photos during the day, with the iPhone 13 / 13 Mini slightly edging in front of the SE 2022. 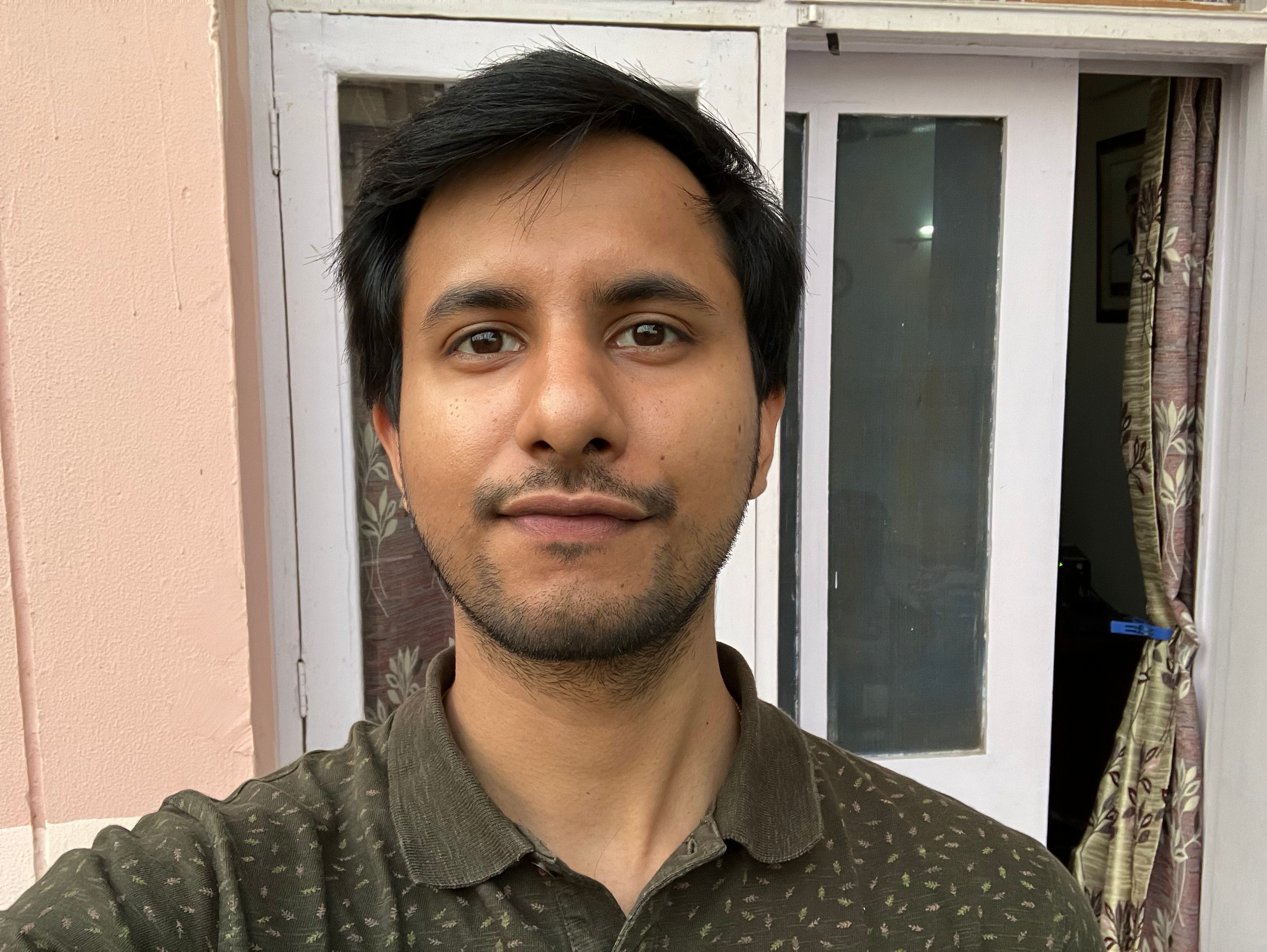 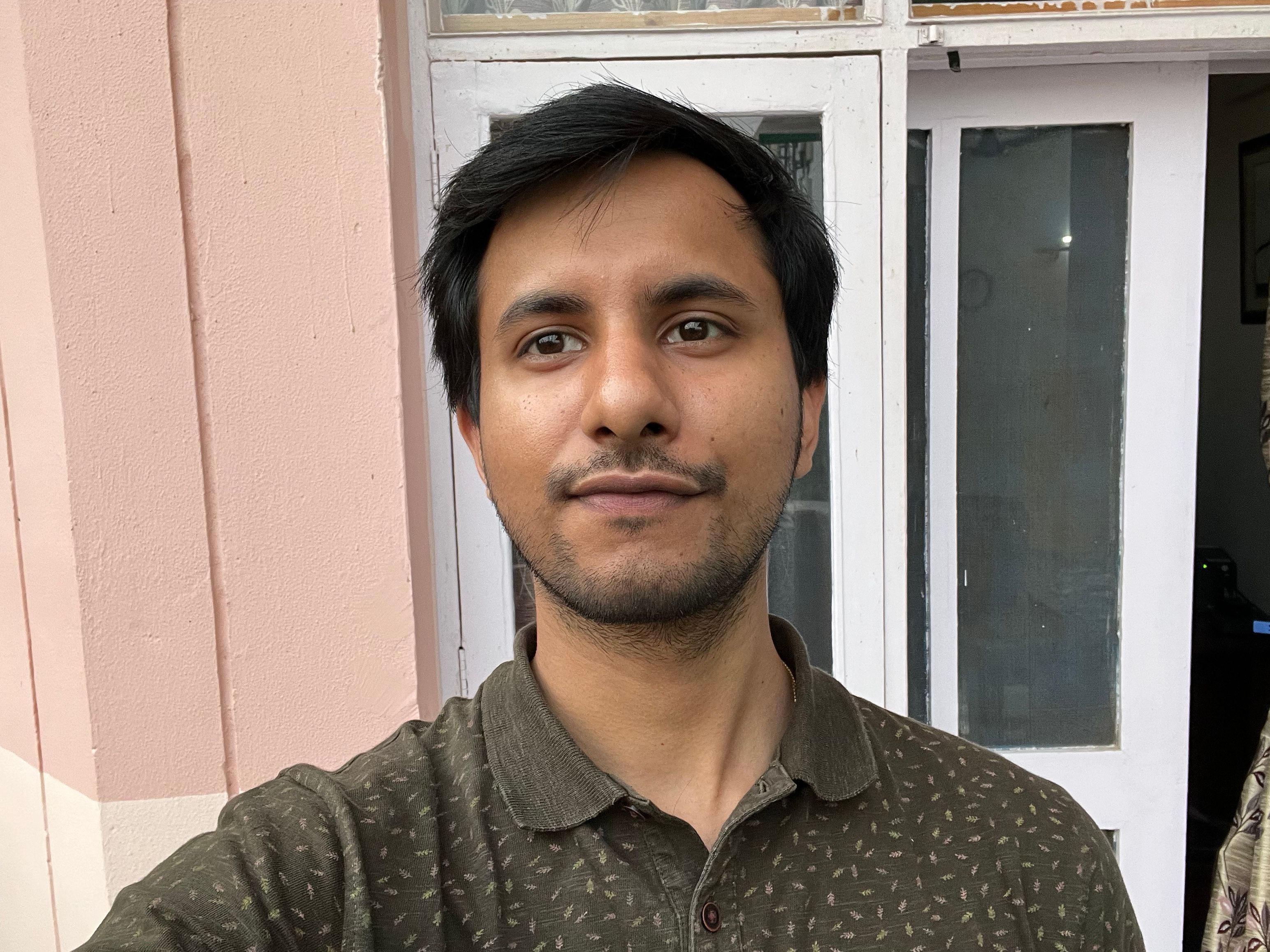 I did notice that the subject’s skin tone was represented more accurately in the SE 2022’s composition but barring that, it’s hard to tell one image from the other. 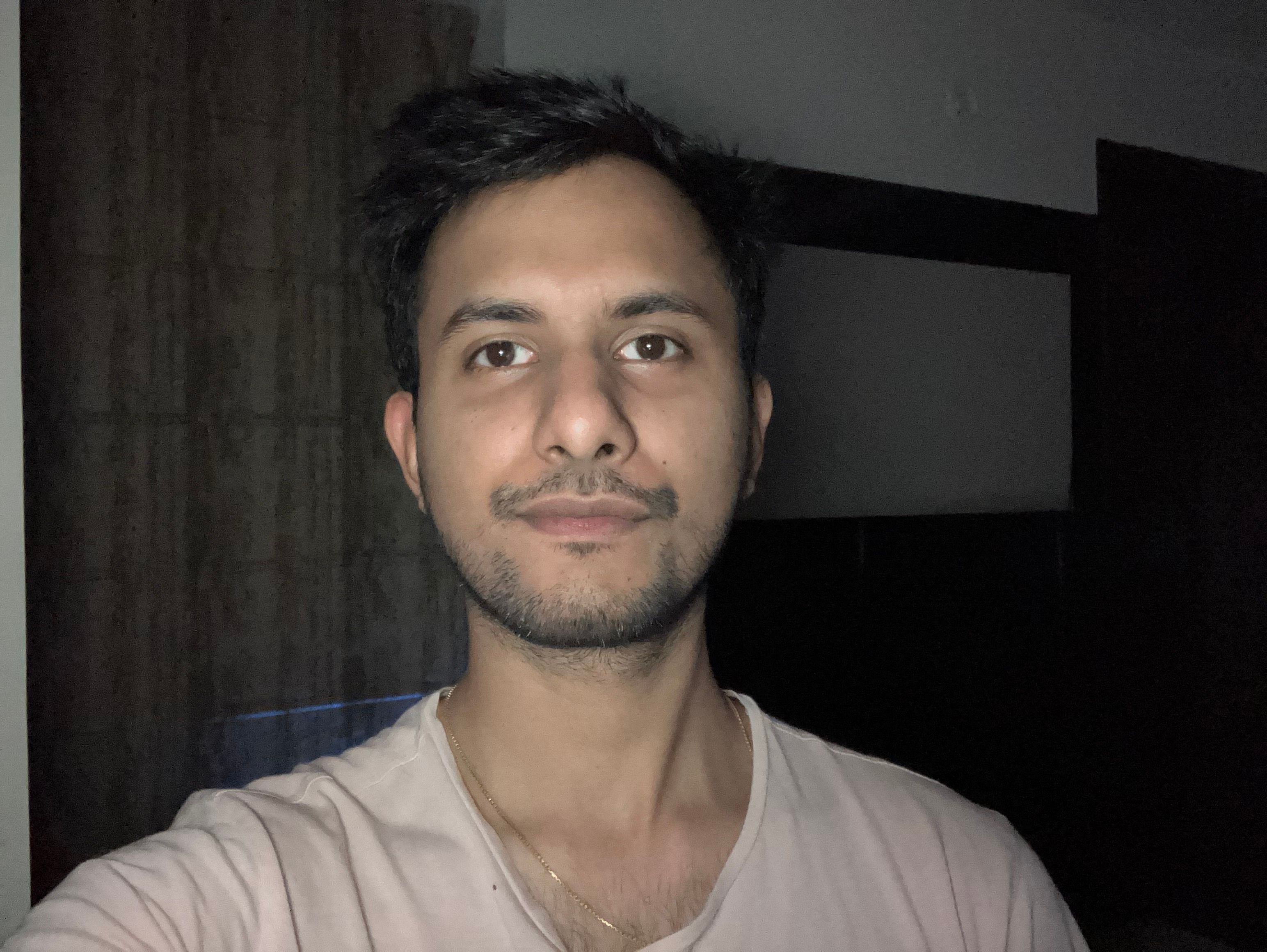 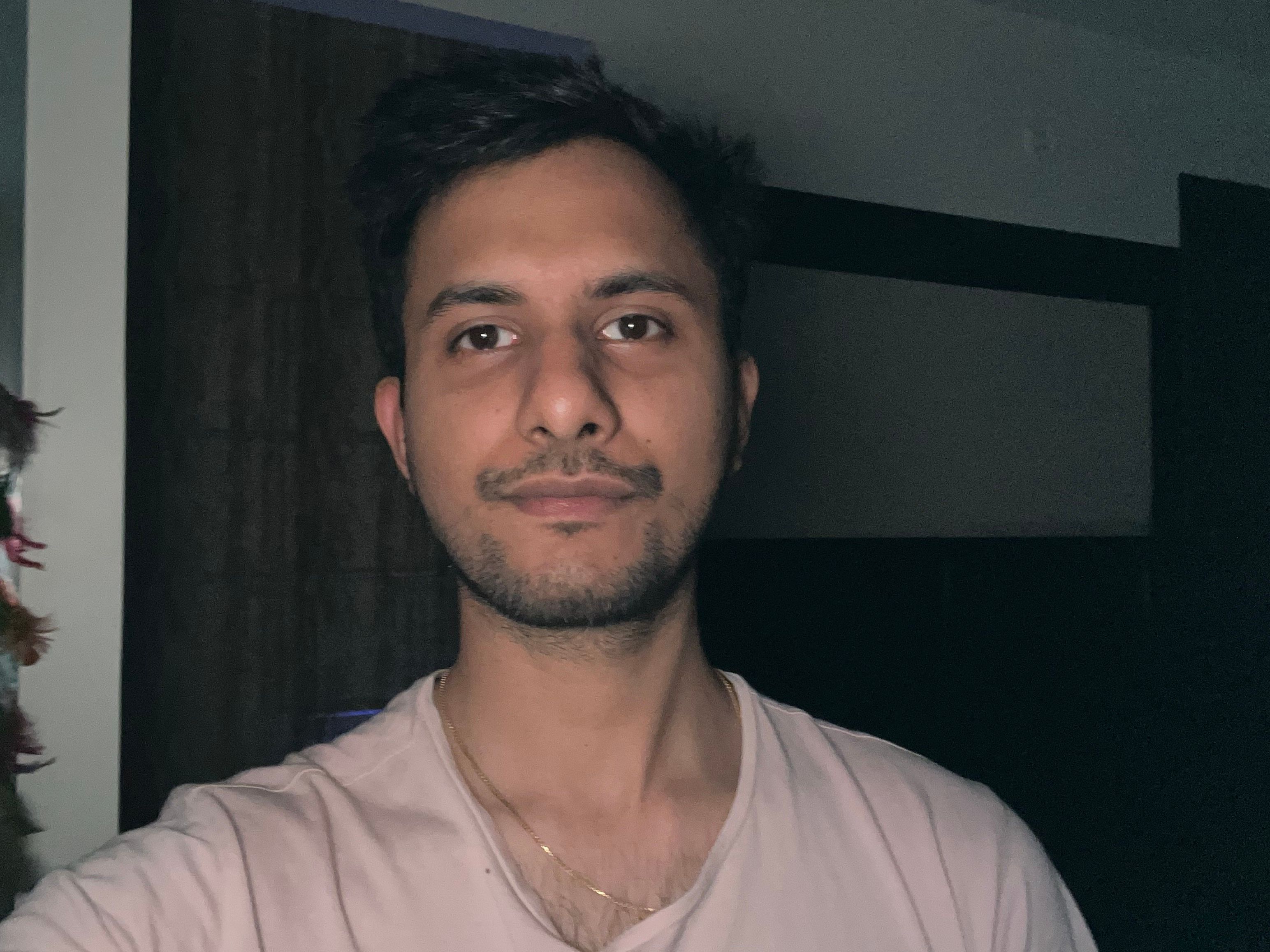 The lowlight selfies from the two phones are nip and tuck as well. Now, the iPhone 13 / 13 Mini are better equipped for lowlight snaps, primarily because the devices can leverage Apple’s dedicated night mode. Still, I found the photos quite soft, which is why I decided to use the handset’s screen flash feature instead. Thankfully, the iPhone SE 2022 can also brighten its screen to capture a selfie at night. And, to no one’s surprise, the photos from the two phones were once again, quite similar. Both the snaps had a considerable amount of noise in the frame, however, I did prefer the colours in the SE 2022’s photo.

The iPhone SE 2022’s Achilles heel is lowlight photography and unlike the iPhone 13 / 13 Mini, the device doesn’t offer a dedicated night mode. Correspondingly, the smartphone’s output, while good, simply can’t hold a candle to the iPhone 13’s snap after the sun has set. 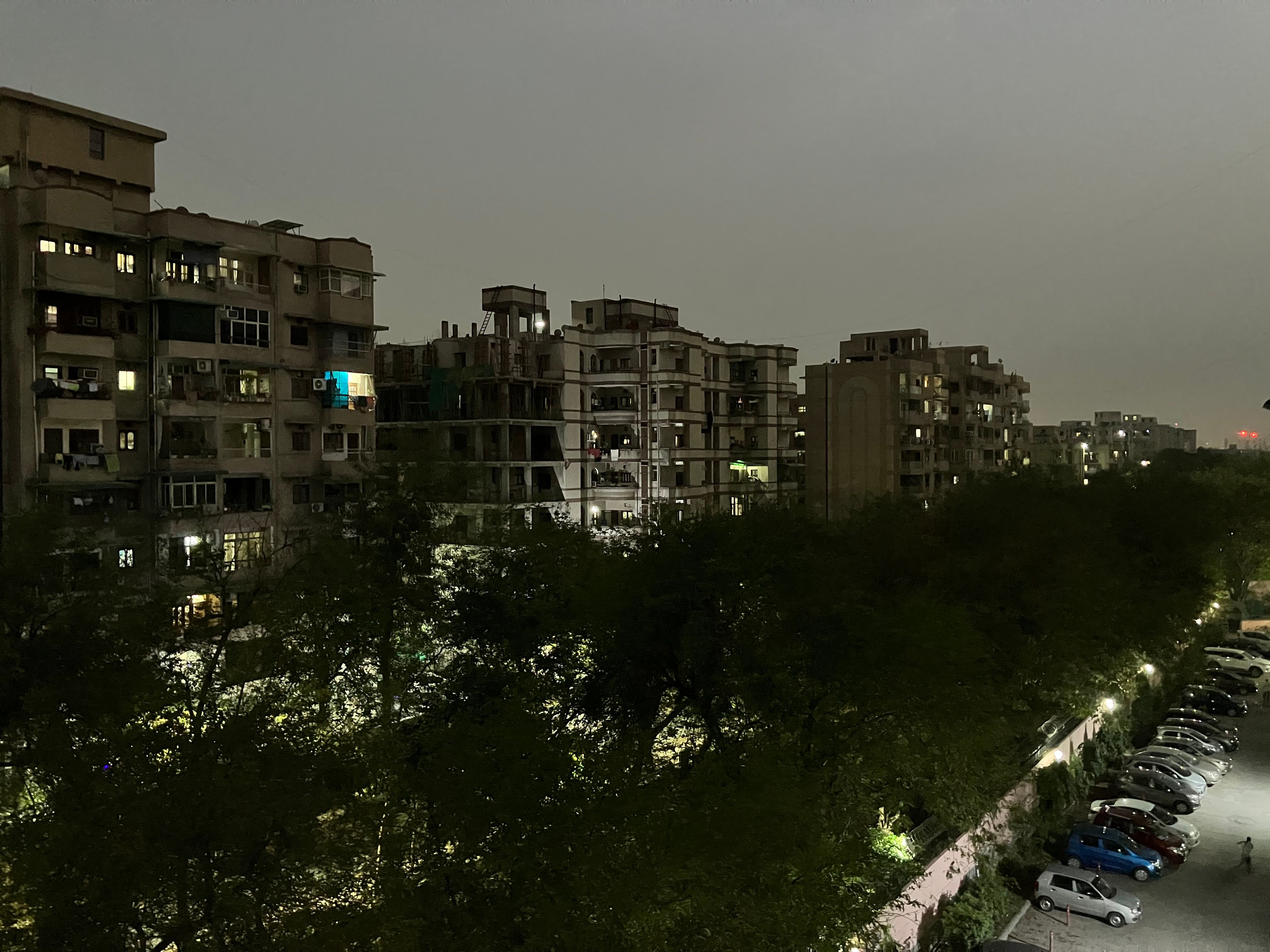 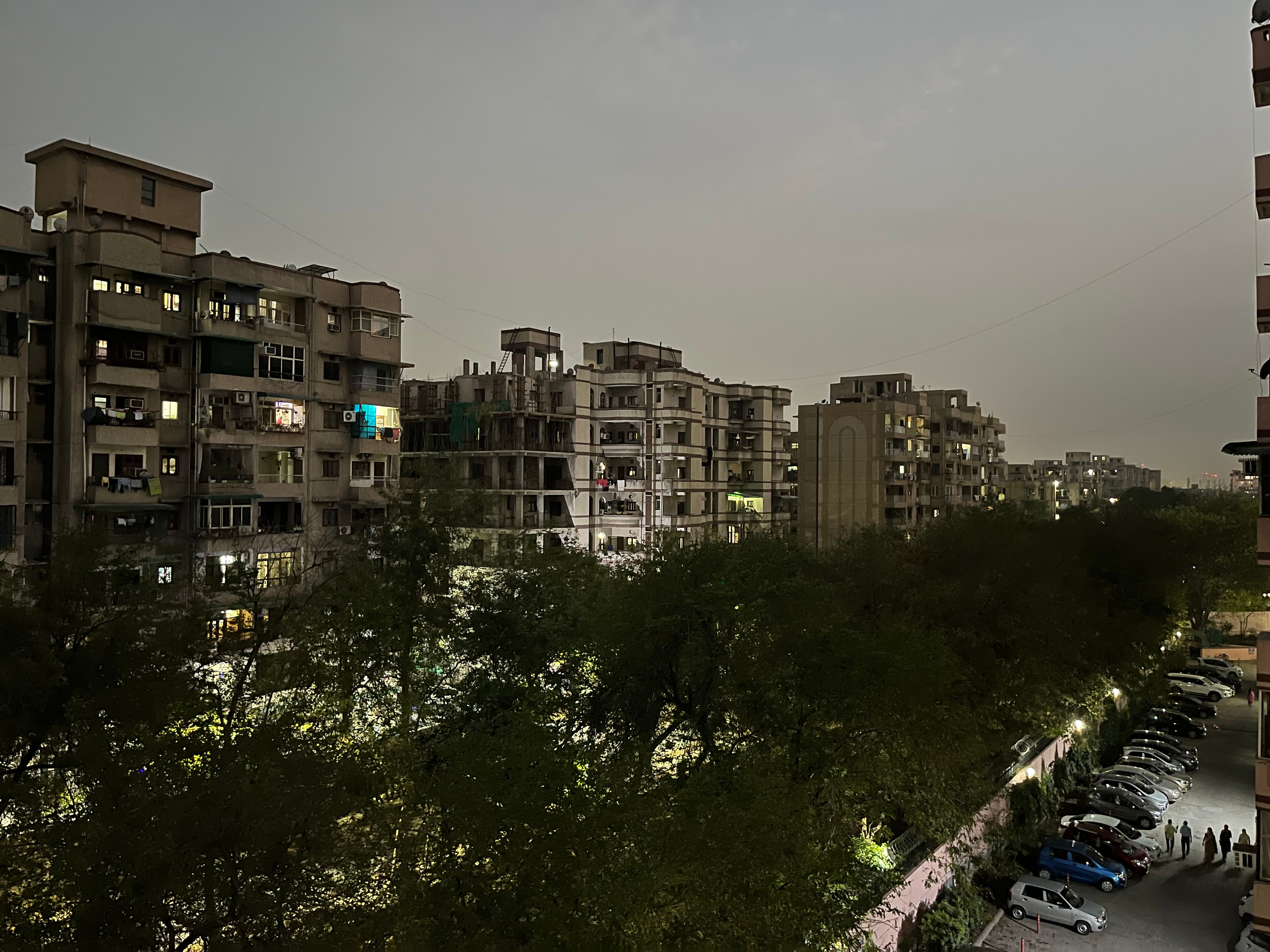 As an example, in the slider attached above, you’ll immediately sway in favour of the iPhone 13’s photo, in part due to the scene’s superior visibility. What’s more, you can actually make out objects in the iPhone 13’s composition which are otherwise absent in the SE 2022’s snap. Case in point, the green tarp hanging from the top of the building in the background, which is barely visible in the SE 2022’s shot. Furthermore, the trees appear overtly darkened in the SE 2022’s photo too. Now, to the handset’s credit, the iPhone SE 2022 has tackled lens flaring just as well as the iPhone 13. Furthermore, both the phones have kept noise to a minimum too. Regardless, the lack of a dedicated night mode could be construed as a deal-breaker for many.

I could be preaching to a choir here, but I didn’t expect the iPhone SE 2022 to come out on top in this comparison. That said, the smartphone undoubtedly put up a good fight and the device was neck and neck to the iPhone 13 in daylight scenarios. That’s not all, as the handset offers a fantastic selfie camera as well and while the unit’s output falters a bit at night, the photos are still good-enough for social media. 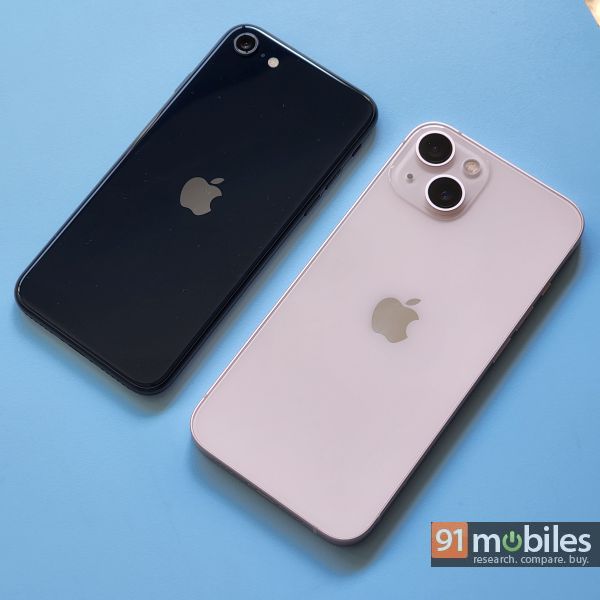 All things considered, the iPhone SE 2022 is a solid camera phone, even if it cannot match the versatility or quality offered by its higher-priced siblings.
ShareTweetShare
Share