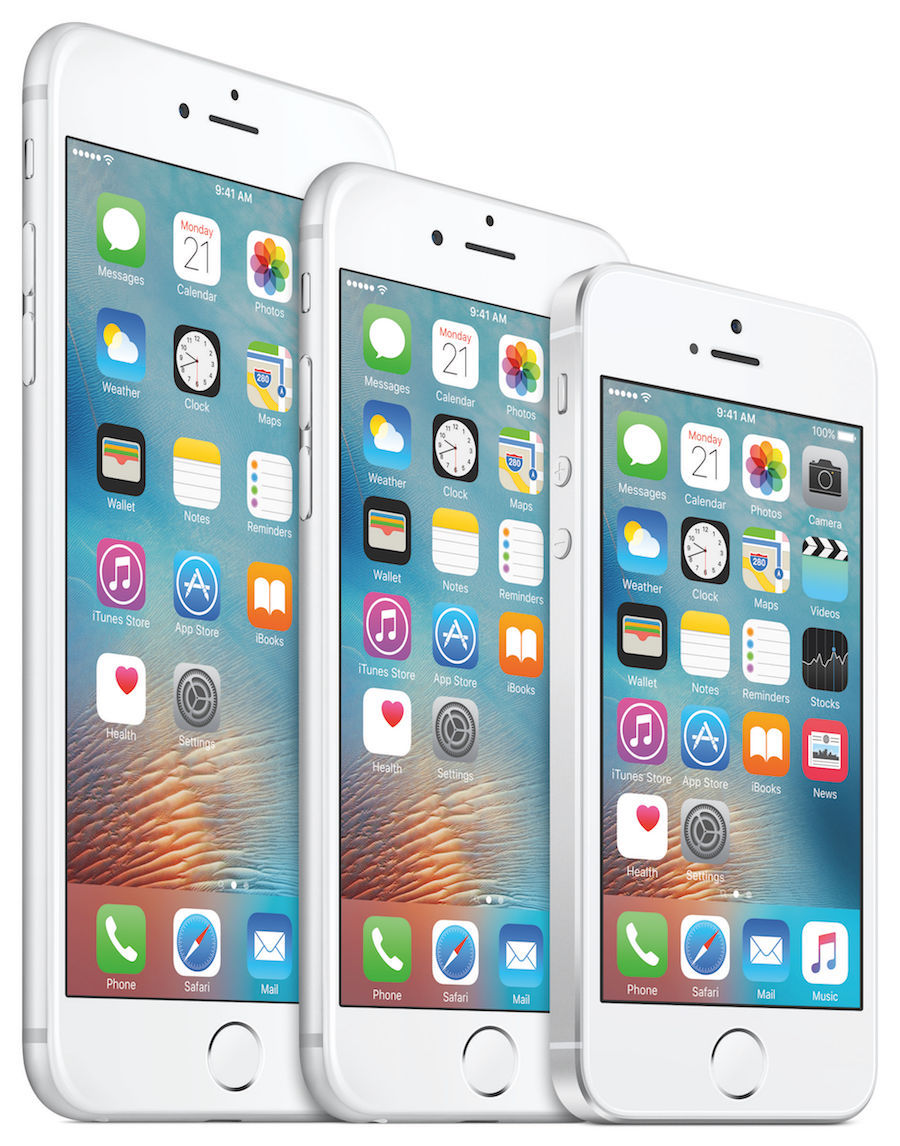 Apple has finally pulled off the covers off its new 4-inch smartphone offering at its Town Hall event in Cupertino earlier this week. The highly anticipated iPhone SE takes the best components of the current iteration of iPhones and fits them into a smaller 4-inch form factor. But how does the new iPhone SE stack up against the flagship iPhone 6s and 6s Plus (review)? And does it offer enough to be a worthy upgrade from the iPhone 5s? Let’s find out. 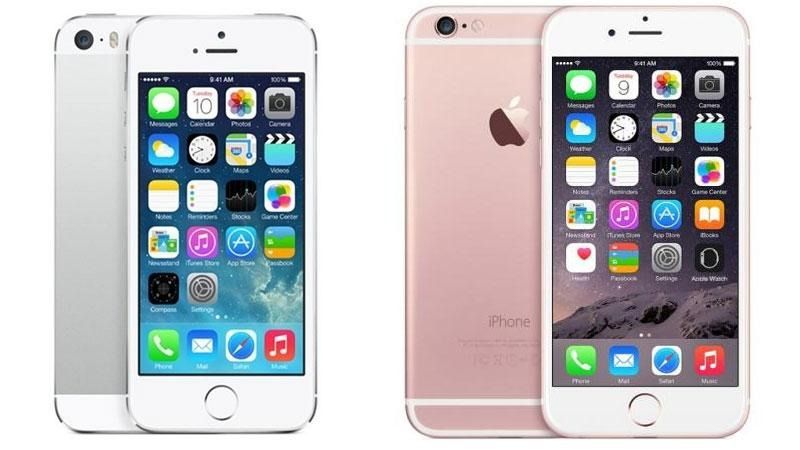 The iPhone SE follows cues from the blocky, buffed aluminium design of the old generation iPhone 5s, and it’s not something we’re complaining about. Apple has made certain refinements to the earlier design including matte chamfered edges and a stainless steel Apple logo like the one found in the iPhone 6s. It also has less visible antenna bands around the corners of the device. On the other hand, the iPhone 6s has more curved edges. The camera module sits flush with the back on both the 4-inch iPhones while it protrudes out a bit on the larger 6s and 6s Plus. The iPhone 5s also misses out on the rose gold colour option which the other two iPhones provide.

Both the iPhone SE and the iPhone 5s pack in a smaller 4-inch screen with a resolution of 640 x 1,136 pixels which accounts for a pixel density of 326ppi. On the other hand, the iPhone 6s offers a 4.7-inch 750 x 1,334 pixel display, while the 5.5-inch 6s Plus features a 1,080p display. Unfortunately, the iPhone SE misses out the pressure sensitive 3D Touch display technology that was introduced with the 6s and 6s Plus. 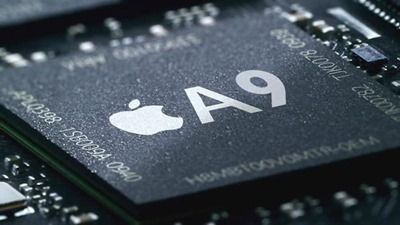 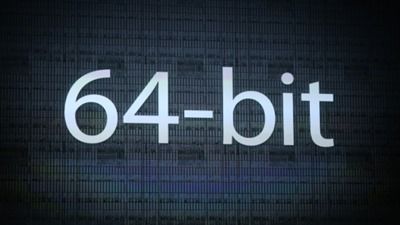 As is customary, Apple devices are highly optimised to offer a seamless and smooth experience to end users. Under the hood, the iPhone 5s is powered by the older A7 chip with 1GB of RAM, whereas the iPhone SE shares the internals of the 6s and is powered by the Apple A9 chip coupled with 2GB of RAM. Overall, the company claims that the 6s and SE offer twice the CPU performance and thrice the GPU performance than the iPhone 5s. Moreover, the always-on M9 motion co-processor in the A9 chips allows for better fitness tracking and also the always-on Siri integration. 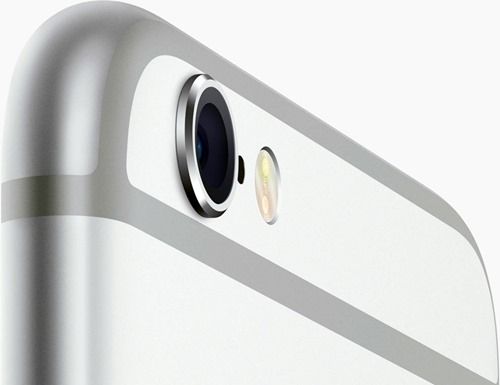 Here’s when things start to get even more interesting. While the 8MP iSight camera on the iPhone 5s takes great pictures, the 12MP iSight camera on the iPhone SE and 6s take it miles ahead. The 12MP cameras come with Focus Pixels, True Tone flash, and can support panoramas up to 63MP. They are also capable of capturing Live Photos and 4K video. However, with its 5MP shooter the iPhone 6s takes a lead when it comes to selfies, as both the smaller iPhones come with a 1.2MP front camera. It’s worth noting that the iPhone SE supports the front-facing Retina Flash option, a feature which the older iPhone 5s lacks.

Powering the hardware in all three devices is a non-removable Li-ion battery. The iPhone 6s sports 1,715mAh battery, while the 6s Plus sports a beefier 2,750mAh unit. The iPhone 5s by comparison gets a 1,570mAh battery. And while there is not much known about the battery capacity of the iPhone SE, early rumours suggest that it can provide a better battery backup than the larger iPhone 6s.

All three smartphones run Apple’s own iOS which has been updated to version 9.3. The new update brings with it a slew of features including a Night Shift mode and password protection for notes. There have been minor tweaks to the UI to offer greater stability, and faster response times. All three phones come with the Touch ID fingerprint scanner built into the home button.

On the connectivity front, all phones feature 4G LTE, Wi-Fi 802.11, Bluetooth, and GPS. Both the iPhone 6s and iPhone SE get NFC integration to enable Apple Pay, a feature that’s missing on the 5s. Additonally, the iPhone SE supports more LTE bands than the 5s and gets VoLTE as well. 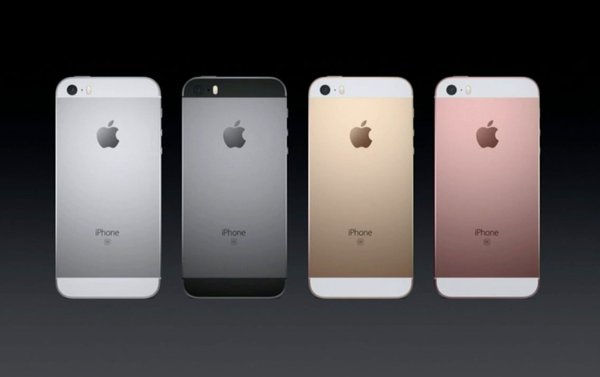 The iPhone SE has been priced starting at Rs 39,000 for the 16GB model, and will go on sale in India on April 8th. And though the official prices are higher, you can find an iPhone 6s starting at Rs 40,499 across various ecommerce websites. The iPhone 5s in comparison which is currently selling at a price of around Rs 18,000 online. 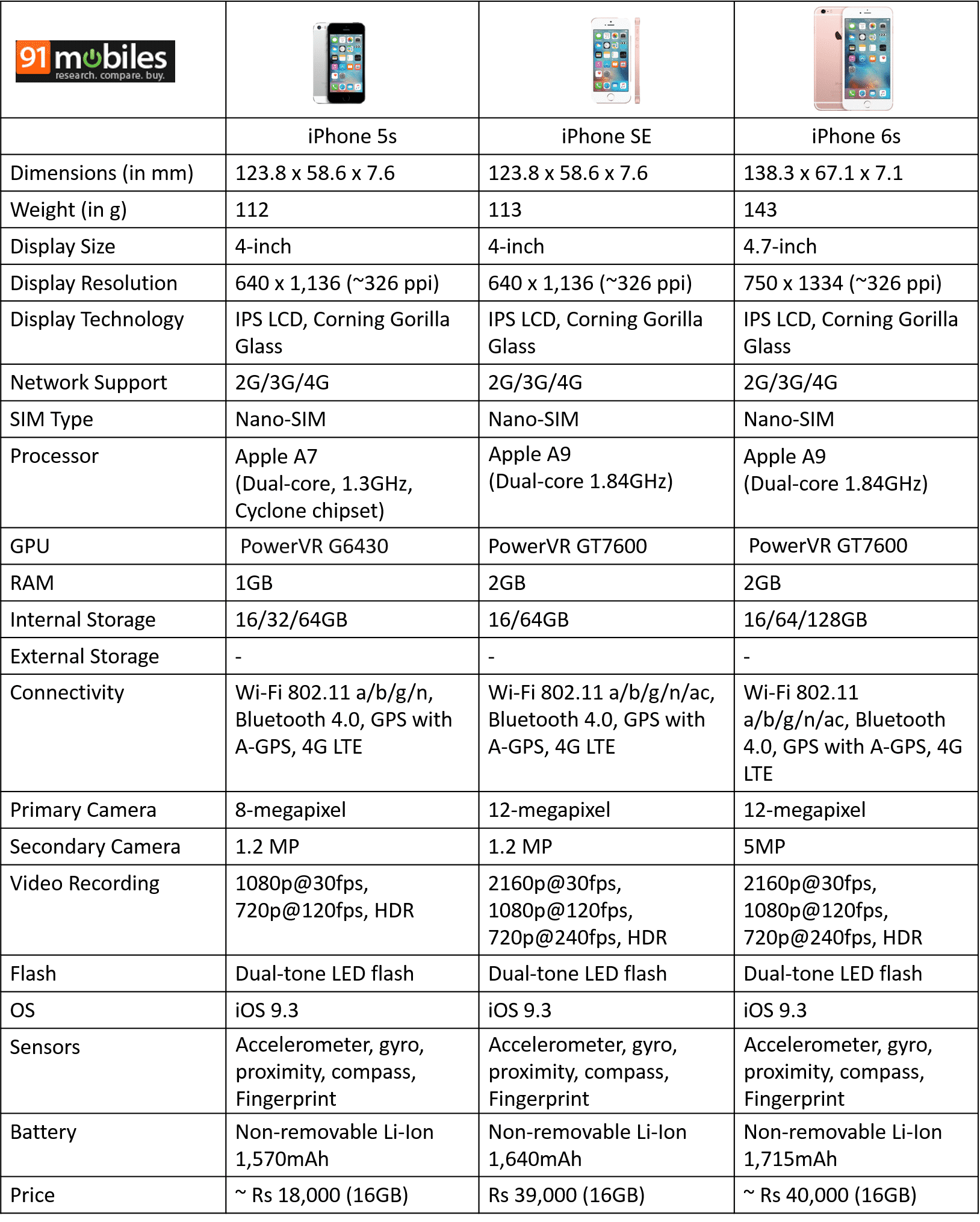 iPhone SE, 6, 6 Plus, and 6s Plus discontinued in India by Apple: report

Apple iPhone SE 32GB gets a massive discount, available for Rs 17,999 on Amazon