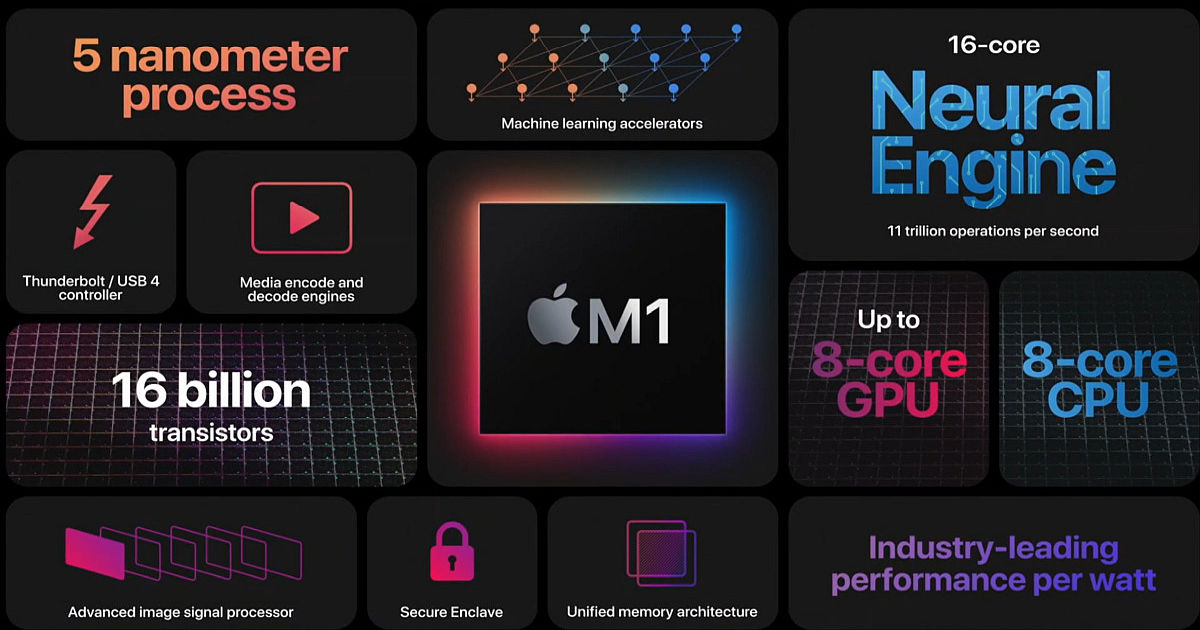 Apple has already refreshed a good chunk of its products with the M1 chip. Now, its successor is on the way, too, according to a new report from Nikkei. Apple has already begun mass production of the M2 silicon, which could be unveiled as early as July 2021. The putative Apple M2 chip is expected to debut alongside some new Macbooks later in the year. Apple usually talks about these things at WWDC, which is set to happen in June this year. Several reports talked about an M1 successor called the M1X and the existence of an M2 muddies the waters even more. Then again, there is a possibility that both the M1X and M2 are real, entirely different chipsets.

Apple’s M2 chip will reportedly use TSMC’s enhanced 5nm node (N5P), an incremental upgrade over its predecessor. While its exact core configuration is anybody’s guess, Apple will very likely be sticking to the big.LITTLE architecture. We’re probably looking at a mix of four (or six) performance cores and four efficiency cores. Anything more would effectively render the older M1 chip obsolete less than a year since it has been around. We can expect some GPU/NPU improvements, along with some IPC gains, too.

A Bloomberg report from last year talked about Apple working on twelve-core and sixteen-core chips. The former is likely intended for consumer devices, while the latter could be earmarked for enterprise-grade applications. This sits in line with earlier rumours which talked about some new MacBooks coming out later in the year.