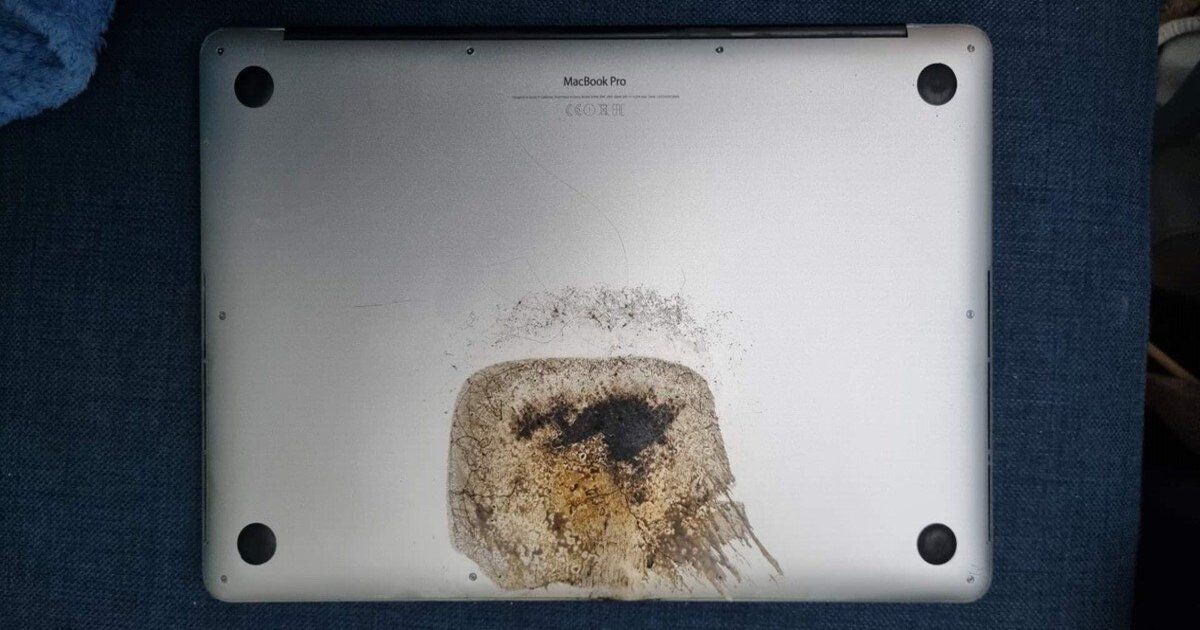 A 15-inch MacBook Pro, the 2015 model to be precise, exploded and caught fire, which damaged its battery. While such accidents generally occur when the devices are on charging, in this case, the laptop was not connected to the charger, as claimed by the owner. The damaged Apple MacBook Pro was a model from the 2015 lineup of Apple that was previously prohibited from some airlines because the battery inside it was considered a potential fire hazard.

The user shared this mishap on Reddit, showing the damages done to the notebook. He also stated in the comments section of the same thread that his hands had faced some minor burns as well, after trying to remove the burning laptop from under their bed. While the users only faced minor injuries, the potential damage could’ve been quite big. The user also commented that the laptop was not charging when the incident occurred, meaning the issue could have been raised due to a faulty battery inside the notebook.

For those unaware, Apple had issued a large recall for its 15 inches 2015 MacBook Pro laptops that were sold between September 2015 and February 2016 as there were reported incidents of the batteries bulging and catching fire. The above-mentioned user though had submitted the laptop’s serial number into the battery recall program form, only to discover that his Apple MacBook Pro had already been repaired for this issue, as it was most probably a used computer.

Other MacBook Pro users, shouldn’t worry much as Apple previously had acknowledged that this specific model had the faulty battery issue. But it also seems that the possible bad battery in this specific MacBook Pro was the sole reason for this mishap, which in the future the company may have to address. As of now, Apple officially hasn’t responded to this incident, so we may have to wait for some time before the company addresses this current issue.