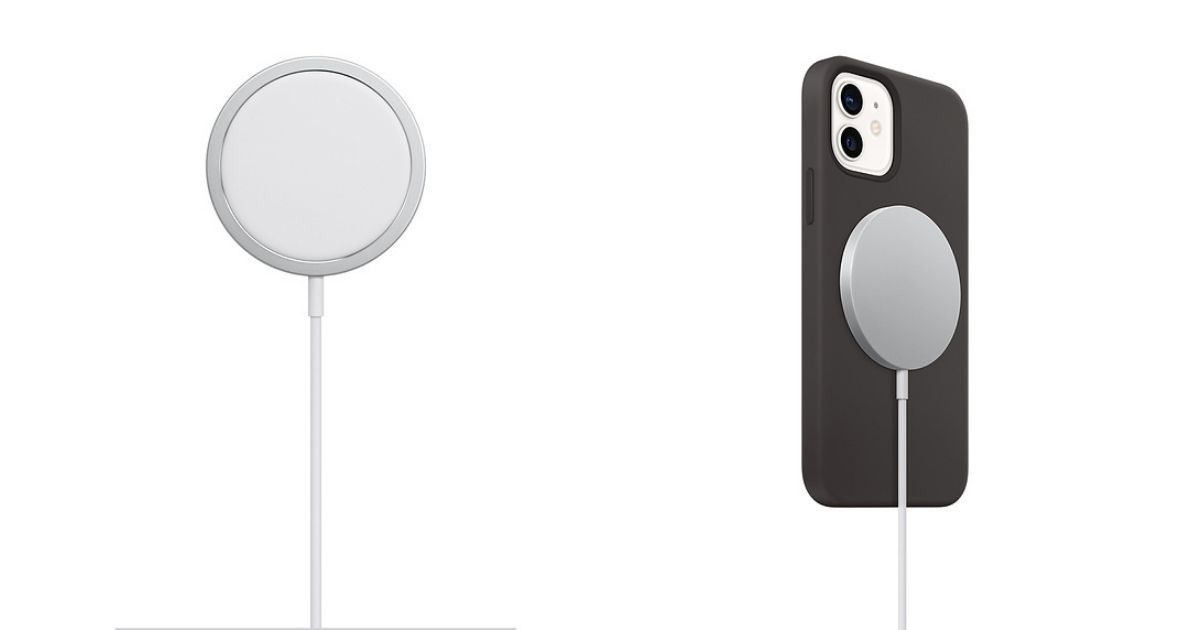 Once Apple does it, everyone else follows suit.

That is a mantra that we have been hearing in the tech world for quite a while now. And with good reason – from touchscreens and app stores to changing SIM card sizes to bringing in notches and ditching 3.5 mm audio jacks, the Cupertino giant has a knack for setting trends. It is not the first off the mark with an innovation. but its implementation and execution coupled with very skilled marketing and messaging often make that innovation an industry standard (both Touch ID and Face ID are prime examples). 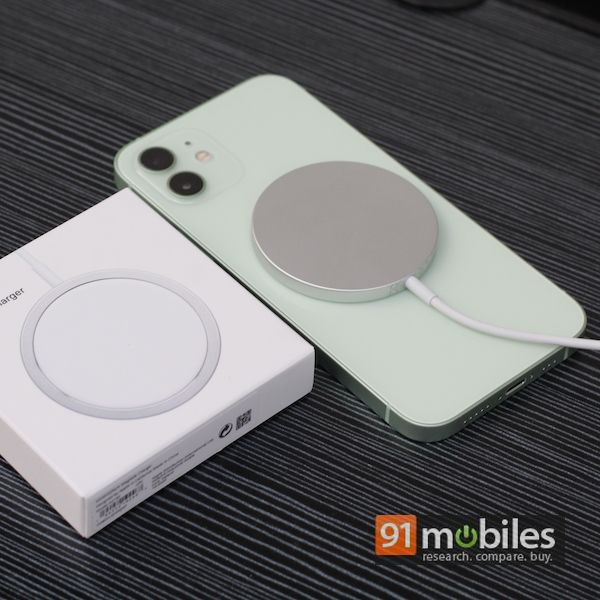 But will that happen? Well, let’s take a look at how the evidence stacks up, shall we? 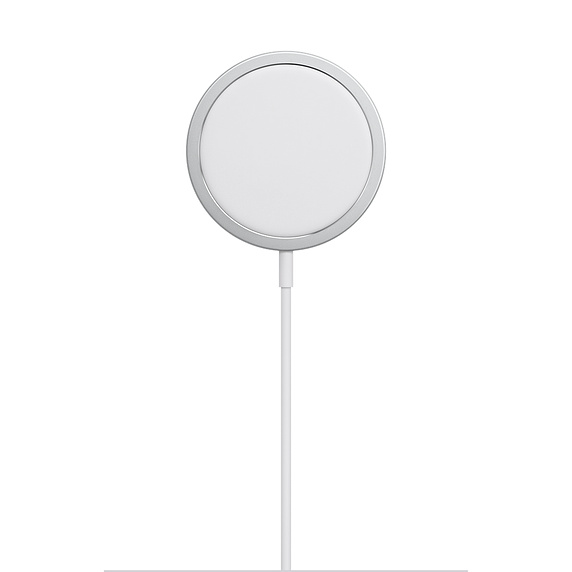 Apple has aced this with the MagSafe charger. The charger is very similar to the Apple Watch charger – it is basically a disc at the end of a wire, only much larger. Super portable and easy to carry. And just like the Apple Watch attaches magnetically to its charger, so too does the MagSafe to the back of the iPhone 12 series. No, before you ask, do not try attaching your Apple Watch to your iPhone. It just will not charge. The MagSafe charger has been optimised to work with the new iPhones so while it will charge the likes of the iPhone 11 series, it will not attach to them magnetically.

And that magnetically attaching bit is an important component. For it gets rid of one of the biggest headaches of other wireless chargers – the hunting to find the spot when the device and the pad align perfectly. The MagSafe charger simply snaps on to the back of the iPhone exactly where it is meant to be – it is a lot like connecting a conventional wired charger. And just like with a conventional charger, you can continue using the iPhone even while it is charging. Now THAT’s something.

And MagSafe charges at a decent clip too – 15W with the iPhone 12 (review), 12 Pro and 12 Pro Max, and a little slower (12W) for the iPhone 12 mini. No, these are not as crazy quick charging speeds as seen on the Android side, but are very respectable by iPhone standards and even general wireless charging standards (which generally top out at around 10W). A point to be noted is that you get the 15W speed only if you use Apple’s 20W adapter – evidently other chargers do not work as well, and stop at slower speeds – even Apple’s own 18W charger for the iPhone 11 Pro is able to charge only at 13W. 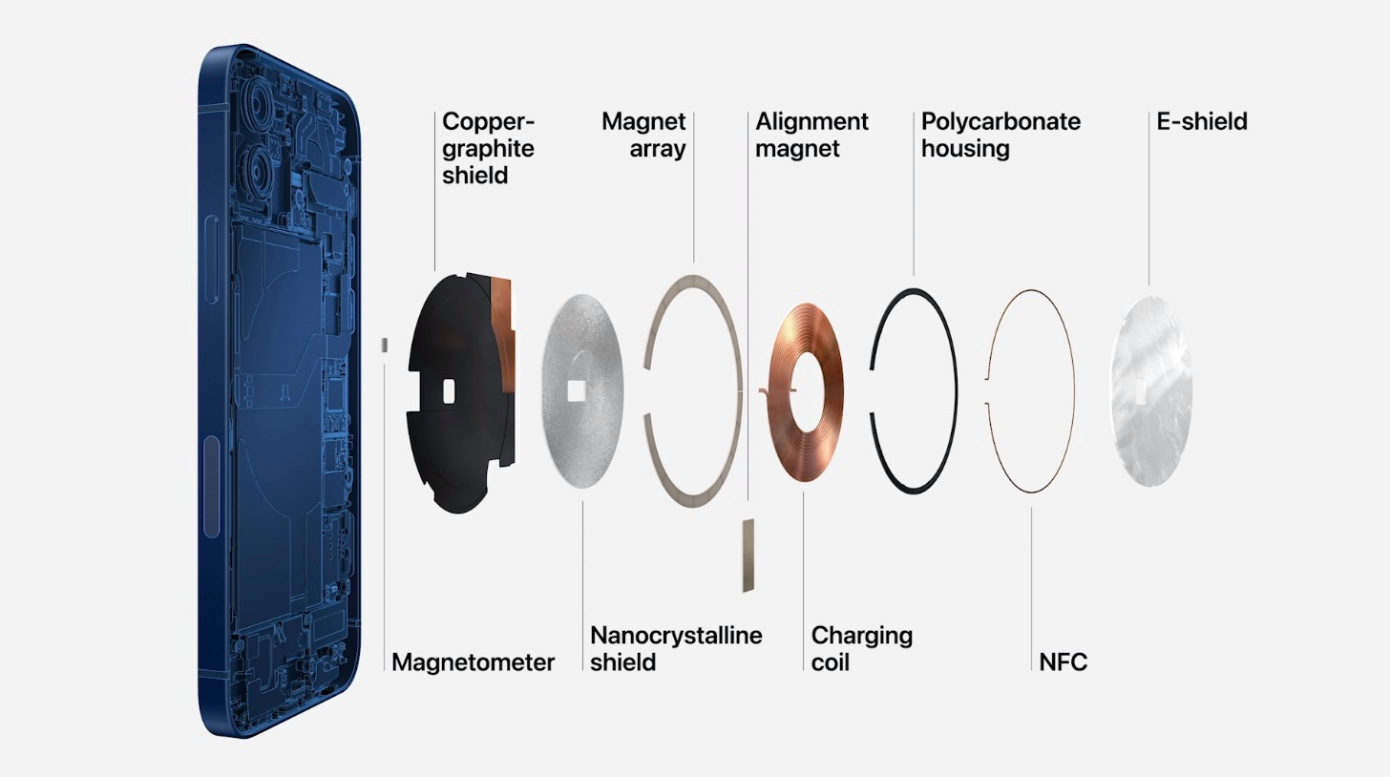 How does this translate into real-life charging speeds? Well, it took our iPhone 12 Pro Max about two hours and twenty minutes to go from 25 percent to 100 percent. An iPhone 12 took almost three hours to charge. That is not crazy fast when compared to some of the wireless charging we have seen on Android. It is also definitely slower than what you get from Apple’s 20W charger – the iPhone 12 Pro got charged in about an hour and forty minutes, while the iPhone 12 Pro Max got totally charged in about two hours. You do get about 25 to 30 percent of top-up in about half an hour in most cases (of course a lot depends at what percentage you start charging the battery), which is decent enough for most folks.

We have been hearing a fair bit about how MagSafe was heating up iPhones, and well, while we have sensed a slight warmth in the phones, there’s nothing beyond that. And this is when we have used the case with an Apple case as well as a third-party case. There are no long-term circular indentations or damage on the back or the case either – you do see a circular outline for a short period, though. However, in best Apple tradition, we never ever felt that the device was in any danger.

A bit of a luxury right now, but this could be the future

The MagSafe charger is available for Rs 4,500. And you will need to invest in an Apple 20W USB Type C adapter to make it work at its best – that’s another Rs 1900 added to the bill. Mind you, most of us would be purchasing the power adapter anyway given the fact that there is none in the box (Apple does include a Lightning to USB Type-C cable in the box, though). Still, even at Rs 4,500, there’s no doubting that the MagSafe is an expensive proposition, especially when you consider that wired charging is still significantly faster. 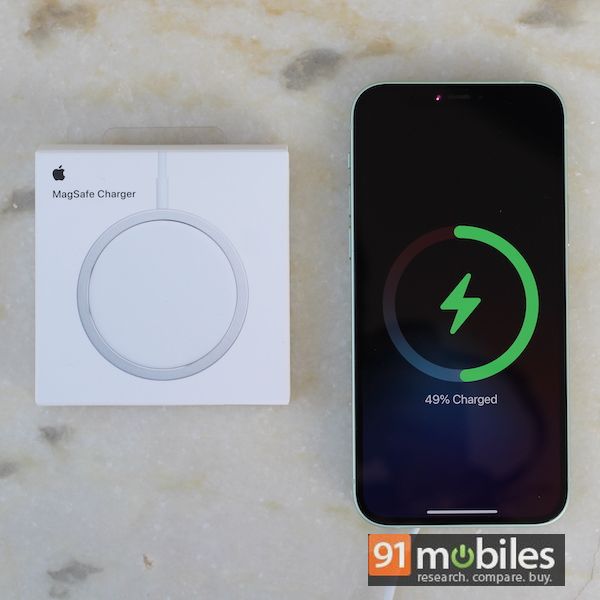 That said, there’s also no doubting that the MagSafe is the best implementation of a wireless charger for a phone that we have seen. It literally tries to step into the shoes of the Lighting charger – it is relatively convenient to carry, intuitive to use, allows you to use the phone while it’s being charged, and at the end of the day, reasonably quick, though not super fast. And that is what wireless chargers were actually supposed to do – take away the need to plug a cable into your device, without affecting functionality too much. Yes, charging the phone is faster off a conventional wired connection to a Lightning port, but I found myself simply returning to the MagSafe again and again, simply because of the convenience – there was no need to fiddle with inserting an end of the cable into a port. You just stuck the phone on to the charger.

No, I do not see everyone who buys an iPhone 12 series device going for a MagSafe charger. Not yet. It is still more of a luxury than a necessity, but given how well it has been implemented, I can see other brands following suit with similar products, and maybe some even including them in the retail box. It is not perfect, but it is convenient, but to paraphrase Nokia’s N95 ad line: it is what wireless chargers could become. In the meantime, Apple might have also laid the foundation stone for the first truly portless iPhone. But that is another story.