91mobiles.com
Home News Apple is not planning to kill off Beats, but it may launch...
Highlights 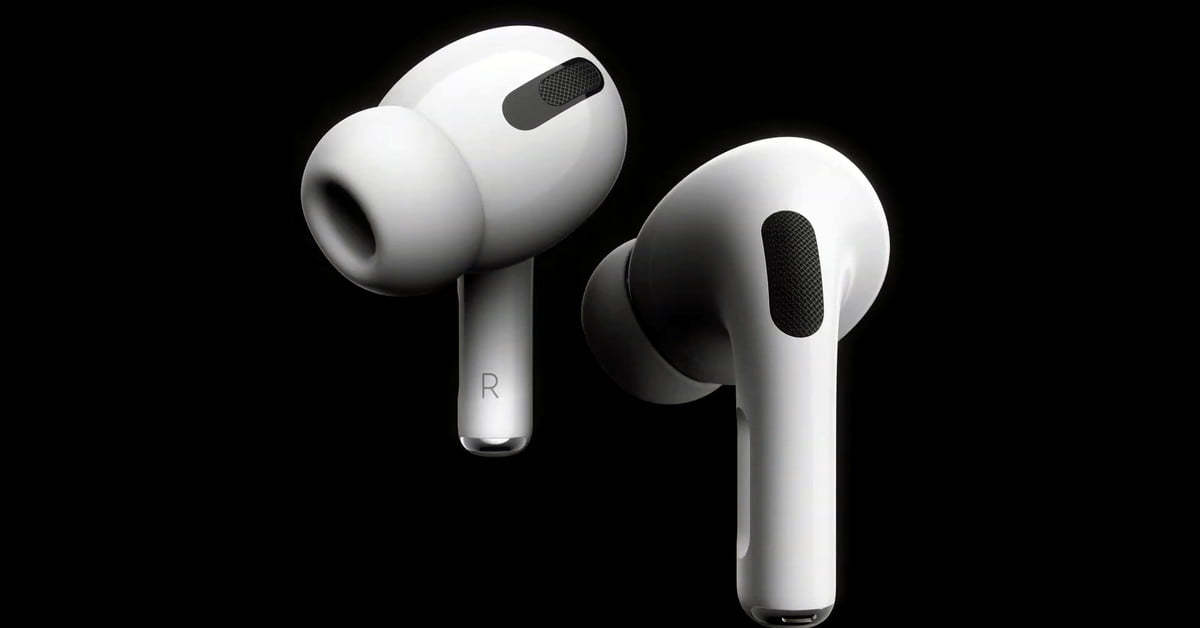 Apple is seemingly gearing up to launch two new pairs of audio products later this year. One of them is the rumoured over-ear headphones, which was previously hinted at in an iOS 14 code, while the other may be called the AirPods X. Now, tipster Jon Prosser has tweeted that Apple could launch its over-ear headphones priced at around $350 at WWDC 2020 in June. Meanwhile, the AirPods X may launch alongside the iPhone 12 series in September or October. The over-ear headphones and AirPods X are said to rival the Bose 700 and BeatsX products, respectively. Moreover, the launch of these products have fuelled rumours that Apple plans to kill off Beats, which Posser says is the company’s end goal. Beats, as you may know, was acquired by Apple around six years ago. However, a separate report by 9to5Mac suggests Apple has no plans to phase out Beats.

According to the 9to5Mac report, Apple does not want to kill off Beats. The Cupertino giant acquired Beats back in 2014 for $3 billion from founders Jimmy Iovine and hip-hop legend Dr. Dre. Beats has had a successful run over the years and is a household name in many parts of the world. The company has released audio products with Apple’s technology since 2016. Products like the PowerBeats and Beats Solo Pro are often seen as rivals to the AirPods, even though the all these products fall under Apple.

Not much is known about the Apple over-ear headphones at the moment, but they are expected to come with a minimalistic design language much like the AirPods. The headphones also have the codename B515, which match with the leaked icons spotted last month in a iOS 14 code.

The second audio product that Apple is seemingly working on is AirPods X, which in previous leaks were referred to as AirPods Pro Lite. This will apparently come with mid-range audio specifications, and will be in line with the BeatsX wireless earphones. This will be squarely targeted at the sports and fitness enthusiast community, and as a result, may come with certain design changes to help users get a more snug fit. This, however, may not be launched until at least September or October. When it does, the AirPods X is said to come with a $200 (~Rs 15,000) price tag. 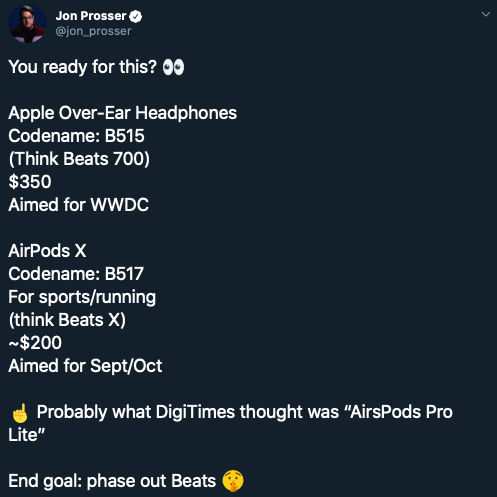 While Macrumors speculates if the purported AirPods X may come with a connecting wire or not, it seems unlike Apple to make such a design decision. The company’s first wireless earphones were offered as the AirPods, a move that was sees as Apple doing aways with wires. The AirPods, for instance, are still the undisputed single best-selling true wireless earphones pair in the industry, and set new standards of seamless pairing — something that third party OEMs are still striving hard to catch up with.

So far, any possible features detailiing of either of the two products remain obscure. Given its price point, it is likely that Apple’s over-ear headphones may come with active noise cancellation. With Microsoft also flaunting its own Surface Headphones, it will be interesting to see how the device fares in the market, once launched. Apple’s WWDC was cancelled in its physical form for the year, and as of now, it is expected to be hosted online some time in June.