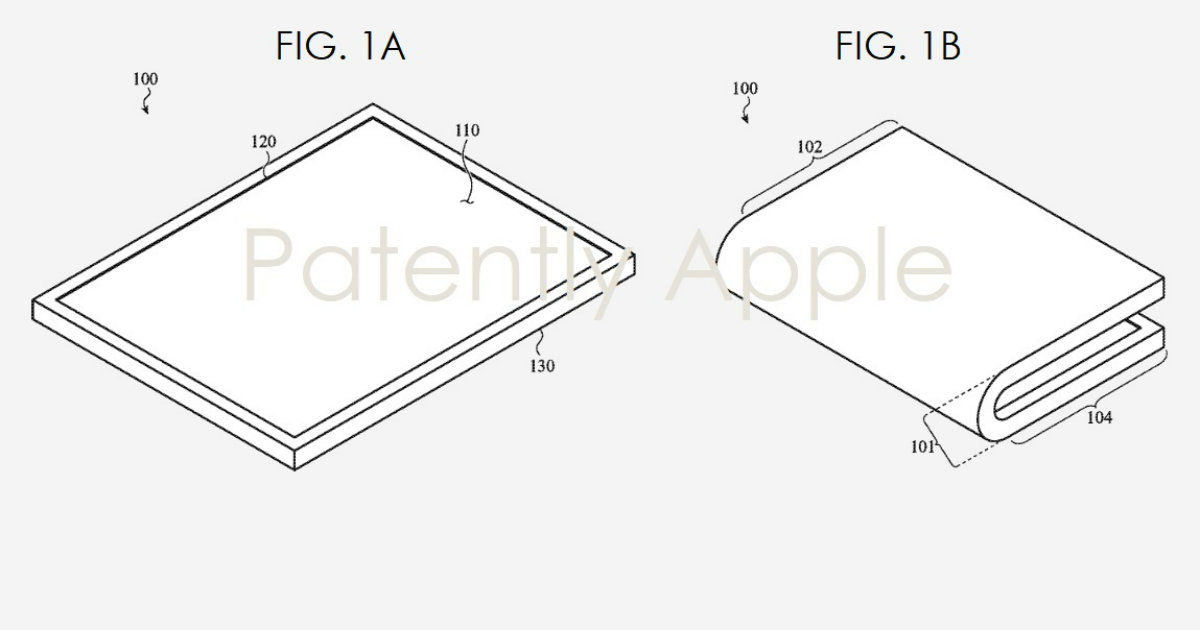 Apple has been granted a new patent by the US Patent and Trademark Office (USPTO) for devices with foldable displays. The patent describes a foldable display design that can be used in varying form factors, and may even be implemented in multiple sizes. Apple has been previously granted foldable display patents too, but the new design looks a bit different from the layouts that have been approved before.

According to the new patent, first spotted by Patently Apple, the sample display is shown to have two layers — an inside-facing display layer that will feature the flexible display panel, and the outward cover layer. Devices eligible for being manufactured using this patent’s design would have a central flexible or bendable region, which would be used as the hinge or pivot for folding the device.

Furthermore, Patently Apple states that the flexible region of the cover layer may be made of a sturdy ceramic material such as strengthened glass or sapphire, which would also add a premium appeal to the device. The overall design is of a wraparound device, which can be folded three ways to produce multiple form factors. This would include a candybar smartphone shape, a fully folded-out tablet shape, and even a unique position that uses two-thirds of the device as the display, and the rest as an input interface, such as a touch keyboard or a pointer. 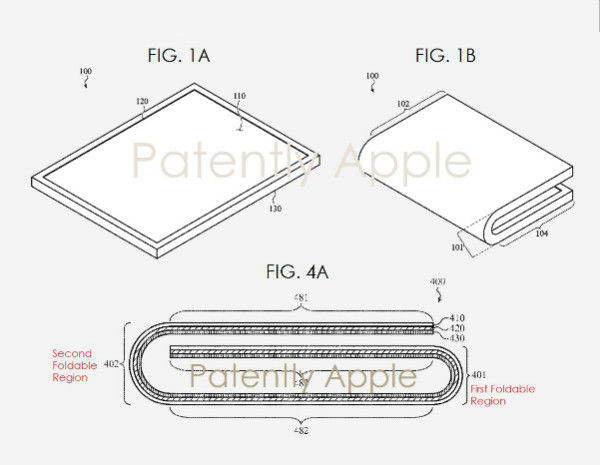 Patently Apple also states that three executives have been behind the engineering of this particular patent, showing intent from Apple to create a foldable device, which may eventually be launched in the next two years. The individuals in question are Christopher Bartlow, Dale Memering and Christopher Jones. While Bartlow is a material scientist and a product design engineer at Apple, Memering works as a material engineer, and Jones works in the optics and panels team.

It is important to consider the implications of this patent. The flexible region, as mentioned in the patent, sounds similar to the flexible metal area in Microsoft’s first generation Surface Book. Given that Apple also has people from the optics division working on such patents, it is possible that the company may eventually look at a future where a foldable device may combine a tablet and a laptop into one, instead of having a smartphone-tablet switchable form factor. Companies such as Lenovo and Apple have already built dual-display laptops that can use a touchscreen keyboard and multi-function as a device with two displays and Apple may be looking at such devices in order to maximise the potential of foldable devices.

However, as with every patent, this is no guarantee that Apple will eventually make such a device, although it does lend perspective into how foldable devices may eventually increase in utility and scope.