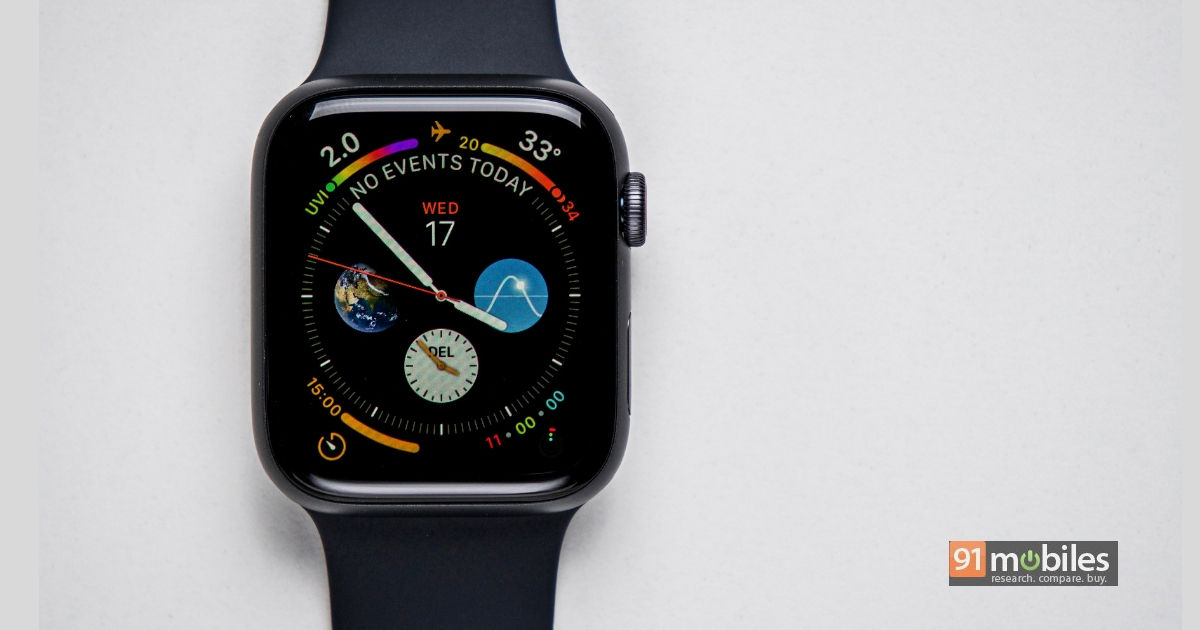 “The biggest highlight of the latest Apple Watch is the bezel-less, supersized screen”

While Apple was late in joining the smartwatch bandwagon, its debut into the arena received mixed response when the Cupertino major finally launched the Watch back in 2015. Fast forward three years since then though, and the brand has entrenched itself very firmly in the category, moving on from strength to strength. Data from earlier this year indicates Apple dominates the smartwatch market with 41 percent share (as per Counterpoint), and estimates say that Apple’s watches outsold the entire Swiss watch industry in the last quarter of 2017. Numbers and stats aside, the watch itself has evolved nicely over the last three years, and added useful new capabilities and features, shaping up to be a very well-rounded smartwatch and fitness tracker. The latest generation, the Apple Watch Series 4, was unveiled recently in Cupertino, and marks the biggest change in the wearable since its debut. This is because the company has finally refreshed the design (which was basically the same across all generations so far), and added a ton of new goodies. It’s time to take a closer look. 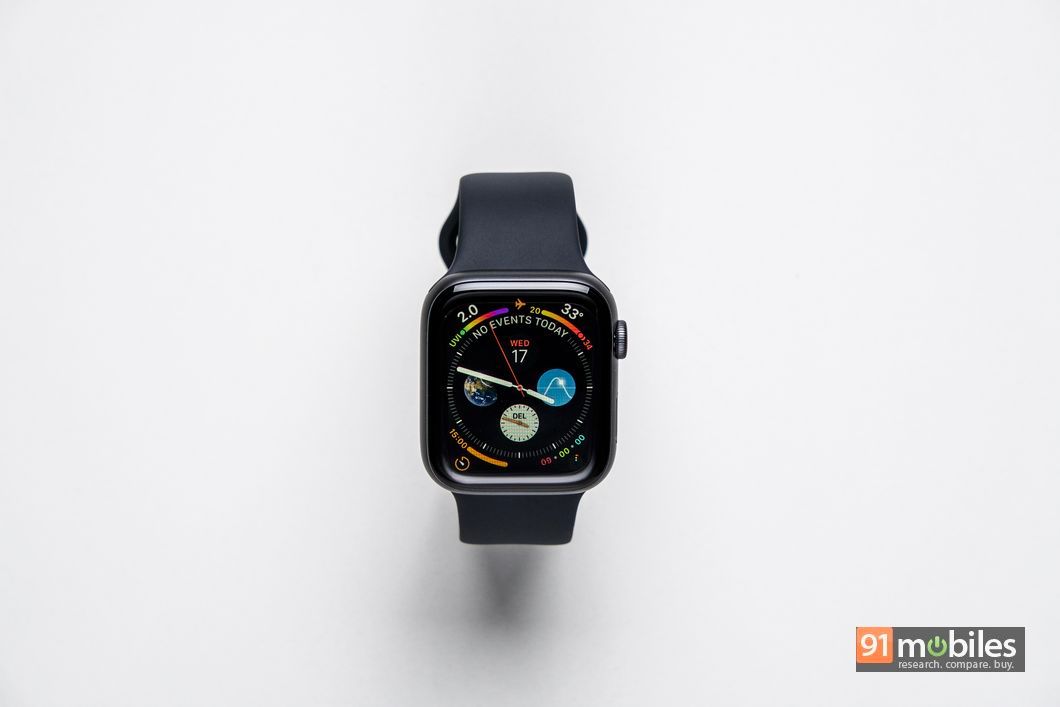 The most notable upgrade brought by the Watch Series 4 is of course, the larger screen. Following the same evolution path that smartphone screens are designed these days (including those on Apple’s own smartphones), the bezels on the display of the new watch have been slimmed down quite a bit. Combined with the curved corners and the edge-to-edge display, you now get a viewing area that’s supposedly 30 percent larger than the previous model, the Watch Series 3. And this, without noticeably increasing the overall size of the watch. Put next to the Watch Series 3, the new model does look slightly larger, but on the other hand, it’s sleeker too.

Inside the box, you’ll find the band packed separately, the watch, some documentation, a two-pin wall charger and the usual circular wireless charging dock. 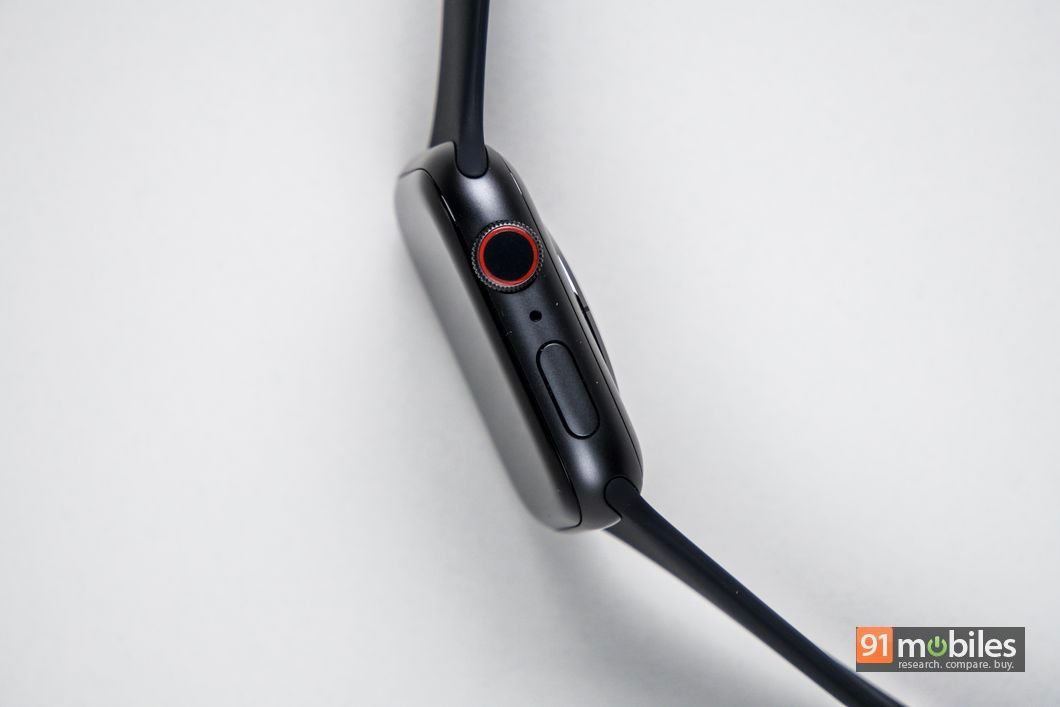 Apart from the bezel-less, larger display, the other design highlights of the new Watch include the relocation of the microphone from the left side of the watch to the right. And thanks to the larger screen, the Apple Watch Series 4 can be had in 40mm and 44mm sizes, up from the 38mm and 42mm sizes available with the previous models. Interestingly, and very handily we might add, if you have a collection of watch bands for your Apple Watch Series 3 or older, the same can be used with the Watch Series 4 as well… despite the change in sizes. Watch bands suited for the previous 38mm models will fit the new 40mm Watch Series 4, and those designed for the older 42mm variants will fit the new 44mm models. Worth clarifying that all generations of the Apple Watch use a proprietary attaching mechanism for the bands, so you need to use specially designed straps that have the necessary lugs that slide into place and lock at two ends of the watch. 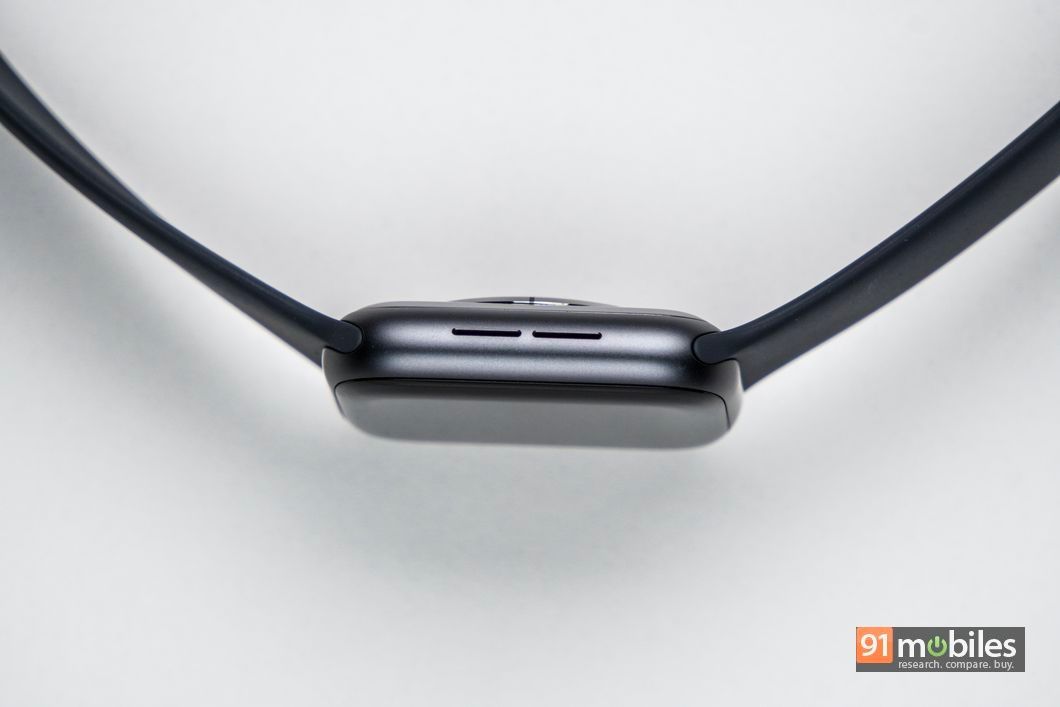 The innards and hardware bumps include the new S4 chip that’s claimed to be 2x faster than the previous generation, a 50 percent louder speaker, and significantly improved motion sensor and gyroscope. The digital crown on the side now offers haptic feedback when you scroll, adding quite a bit to the overall usage experience. 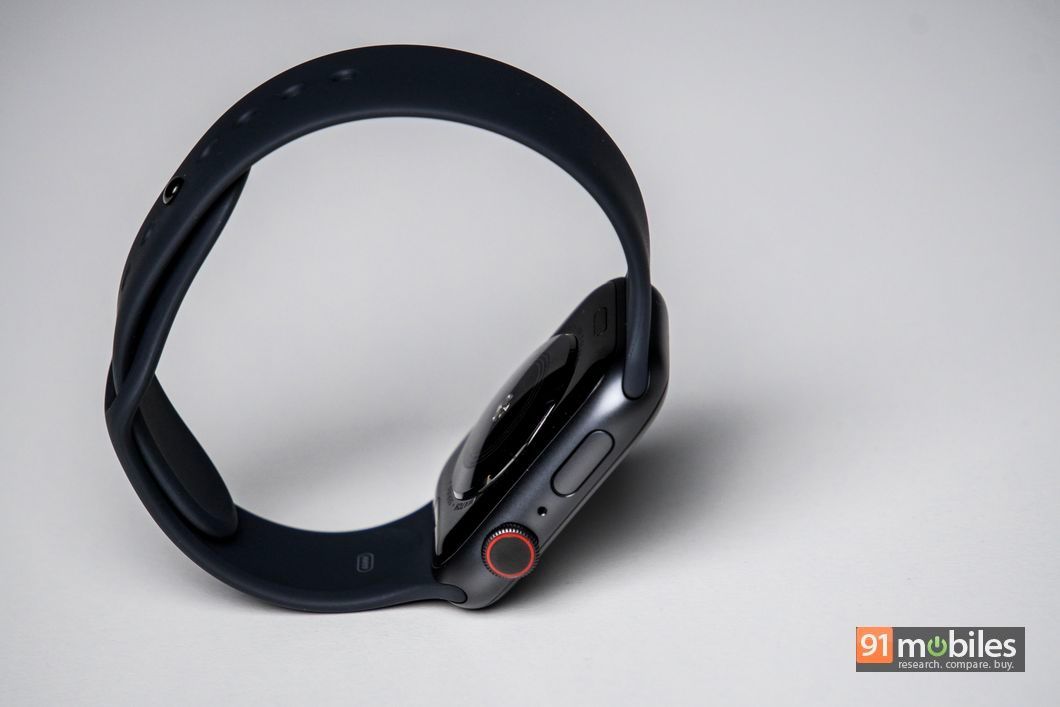 Coming to the new features, the Apple Watch Series 4 has tons of them. Apart from the slew of health-related features and fitness tracking the Watch already had, Apple has now added Fall detection and even an ECG. While the ECG feature is limited to the US for now (since it requires regulatory approvals), the fall detection feature would be available to users in India. In essence, the feature is designed to detect if and when you take a fall, and in case you’re unresponsive for more than 60 seconds after falling, the Watch Series 4 can automatically alert emergency services and specified contacts. In addition, the Watch Series 4 can also detect low heart rate, in addition to alerting you about abnormally high heart rate. 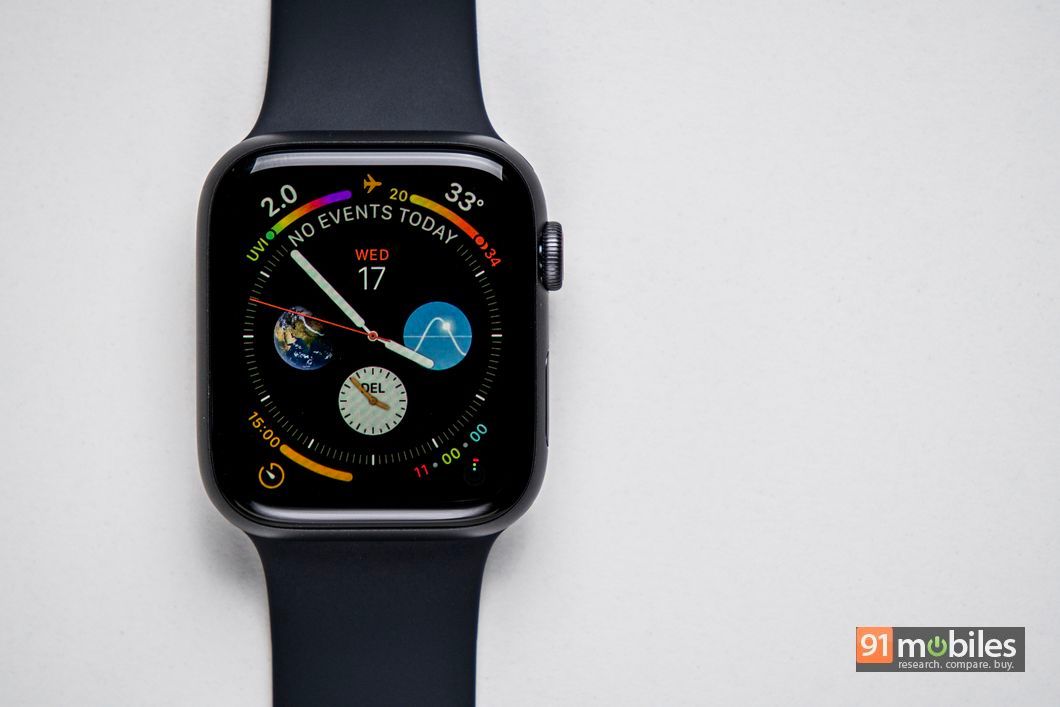 Worth mentioning that due to the larger display, the Watch Series 4 can cram in lots of info for you to view at a single glance. A new watch face, designed specially for the Watch Series 4, allows you to add up to eight different complications (which are basically small widgets of info or shortcuts), letting you customise and set things up the way you want. Software-wise, you get Watch OS 5 preloaded, complete with all the new features Apple has added into the platform, including Walkie-Talkie, auto workout detection, enhanced notifications, an updated Siri watch face, and activity competitions. There’s a new Breathe watch face as well, will lets helps you with breathing exercises designed to keep you fit. Of course, the Watch Series 4 comes in GPS and GPS + Cellular options, and in case you choose the latter, you can use the watch independent of the iPhone (thanks to the built in eSIM), and make phone calls, send messages and use supported apps even if you leave your phone behind. 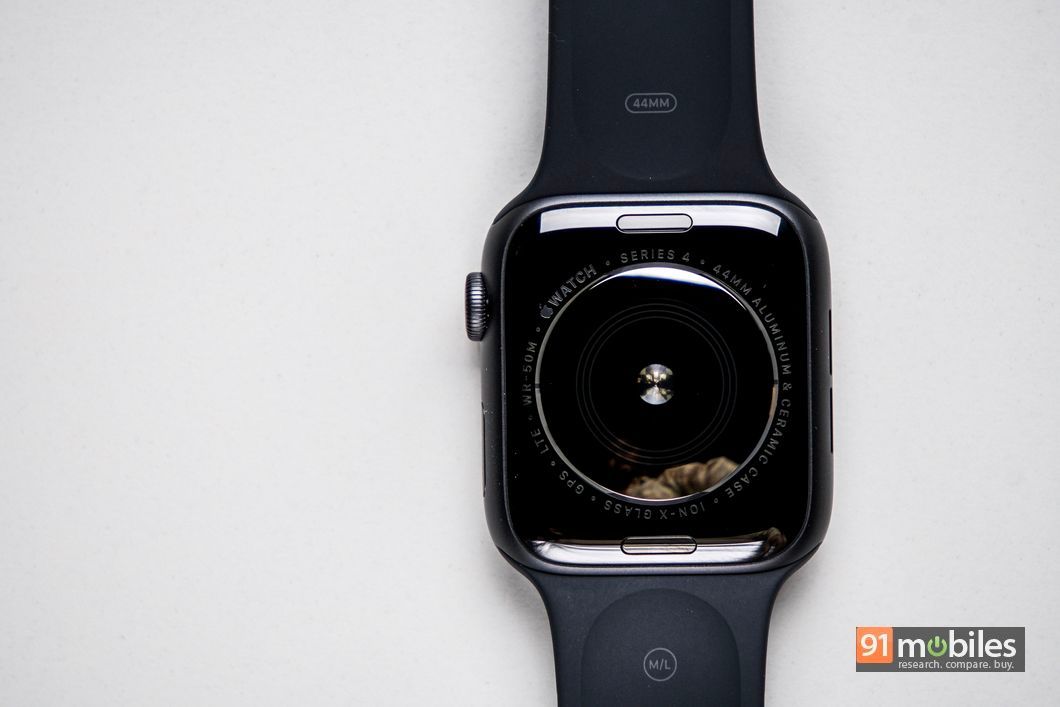 With a starting price of Rs 40,900 for the base 40mm model with GPS, going up to Rs 52,900 for the 44mm GPS + Cellular model, the Apple Watch Series 4 doesn’t come cheap. But then, it’s not just any smartwatch either – it showcases the best Apple has to offer in wearable technology, and keep you on the cutting edge of tech. And if you use its capability to the fullest, keep you fit and safe from harm as well. Pre-orders for the new Watch Series 4 are already open, and it will start shipping in India on October 19th, so mark your calendars.