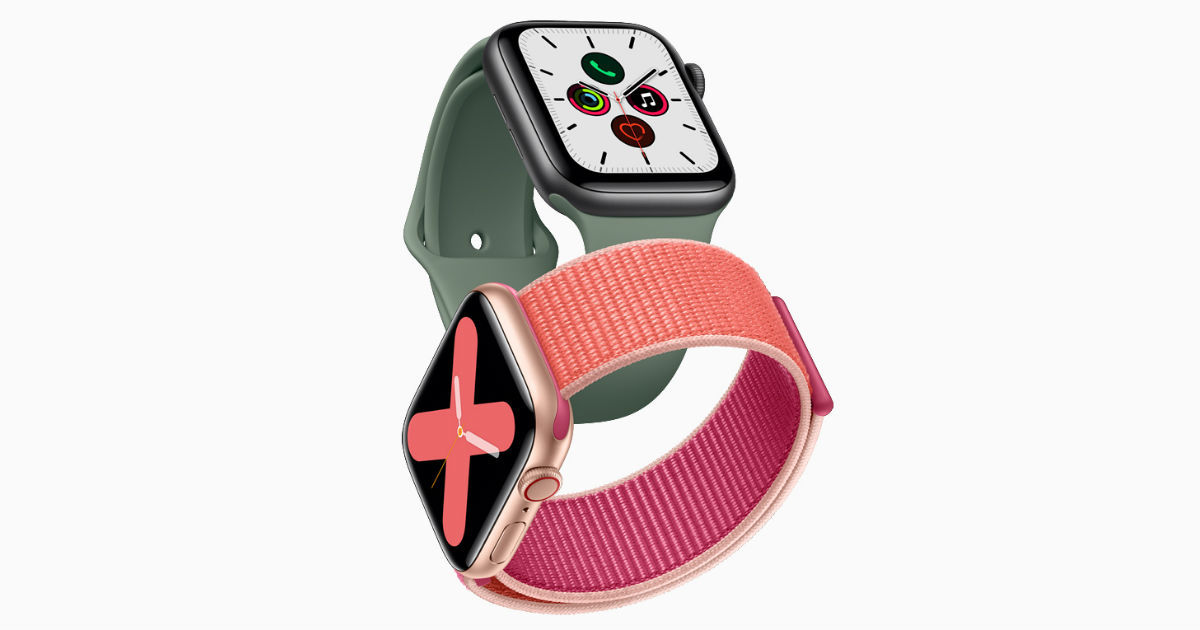 “The Apple Watch Series 5 comes with an always-on display”

The Apple Watch Series 5 is the newest addition to Apple’s smartwatch family. The Cupertino-based firm has announced the watch alongside its new iPhone 11 series. The Watch Series 5 picks up from where its predecessor the Watch Series 4 left off. For starters, the Watch Series 5 ships with an always-on Retina display and a built-in compass, which are the first in the lineup of new features. As for the design, the Watch Series 5 remains largely unchanged from last year – thanks to the near bezel-less OLED display; though Apple has introduced new titanium and ceramic cases to keep things fresh.

Apple Watch Series 5 (GPS) price in India starts at Rs 40,900, while the GPS + Cellular model will set you back to Rs 49,900 for the base variant. The watch will be available to order in select countries and regions (it’s not clear if India is included) starting today, with shipping starting from September 20th. The Watch Series 5 comes in a bunch of colour options including silver, gold, space gray, space black, and new natural brushed titanium, brushed space black, and white ceramic models.

Talking about the specifications, the Watch Series 5 features with an always-on display, which something fans have been longing for quite some time. Apple claims that the display has LTPO technology that dynamically adjusts refresh rate, from 60Hz to as low as 1Hz for power saving. The watch also packs a display driver, power management integrated circuit, and ambient light sensor. Despite all that, the Watch Series 5 is rated to offer all-day battery life, i.e. 18 hours – which is the same as before.

The Series 5 smartwatch’s cellular model now has an international emergency calling feature in over 150 countries around the world. This can be activated by pressing and holding down the side button. Lastly, the smartwatch has new watch faces and workouts that take advantage of the new display option and a screen, which will be in a low-brightness mode until you move your wrist.