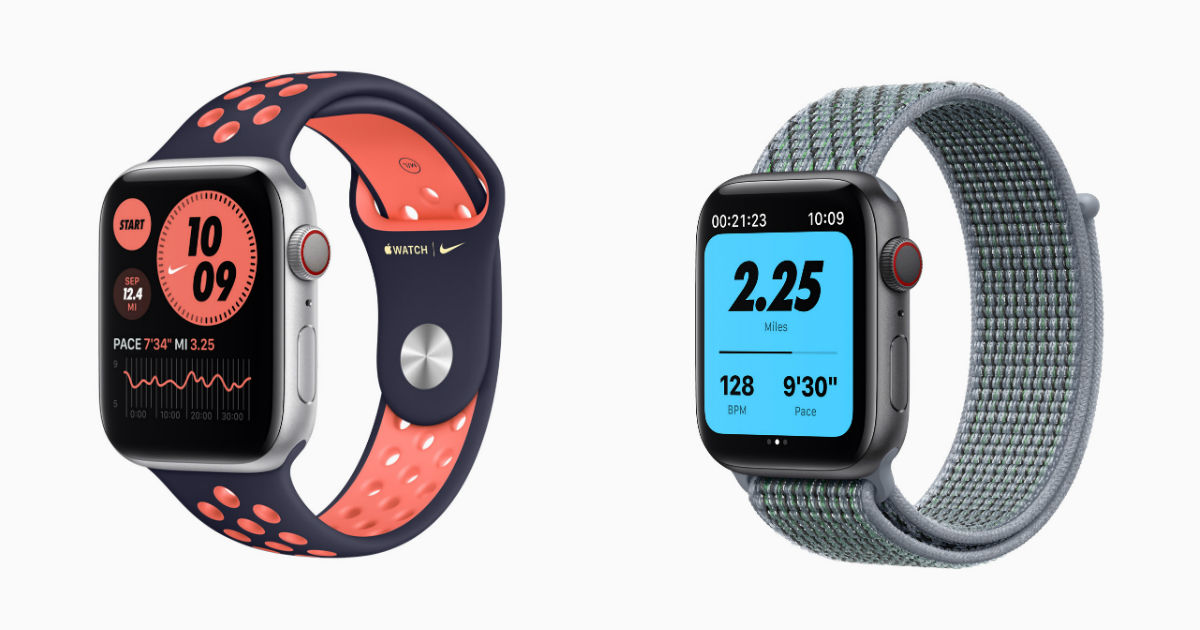 As expected, the Apple Watch lineup has received an upgrade at the Time Flies event the Cupertino company hosted tonight. Along with the new affordable SE model, the new Apple Watch Series 6 was launched at the event with support for measuring blood oxygen saturation levels, a feature that can help users stay abreast of cardiopulmonary complications, sleep apnea, etc. Another new thing is the colour options the watch will come in: Blue, Space Grey, Gold, Silver, and Product(RED) hues. The smartwatch will, obviously, come with watchOS 7 out of the box; watchOS 7 will be released for Series 3, 4, and 5 for tomorrow. Separately Apple launched a new service called Fitness+ for users of its Watch, TV+, etc at the Time Flies event.

The Apple Watch Series 6 prices in India start at Rs 40,900 for the GPS option and Rs 49,900 for the Cellular variant. It will come in 40mm and 44mm sizes, both featuring OLED Retina display panel. It will release in India later this year, along with the Solo Loop and Braided Solo Loop for the device. With this event, the Apple Watch Series 5 from last year has been removed from the company’s portfolio, which only includes Series 6, SE, and Series 3 now. Along with the smartwatch, Apple has launched its Fitness+ personalised fitness service; however, there is no word on its launch in India.

Blood oxygen (SpO2) sensor is the key new feature of Apple Watch Series 6 and measures the percentage of oxygen being carried by red blood cells from the lungs to the rest of the body. The accompanying Blood Oxygen app tracks the blood oxygen between 70 percent and 100 percent. This tracking is done automatically while the user sleeps as well as on-demand if the user stays still; the data is visible in the Health app.

Along with this, the new Apple Watch Series 6 models feature the latest and 20 percent faster dual-core S6 processor, always-on altitude tracking, sleep tracking, handwash detection, and new workouts. It also gives users the option to curate and share watch faces with others. The battery life of 18 hours, U1 chip, Ultra Wideband antennas, fall detection, and 0-100 percent charging under 1.5 hours are also some of the key features of Apple Watch Series 6. The always-on display of the watch is 2.5 times brighter than the one seen on previous-gen models.

Family Setup, a new feature to let non-iPhone users to use the Apple Watch, is also part of the package; however, it’s limited to only the cellular version. Bluetooth 5.0, water-resistance up to 50 metres, second-generation optical heart rate sensor, 32GB storage, ECG tracking, and noise measurement. With the new Apple Watch Series 6 (and the SE model), the company has launched the Solo Loop — a single, continuous band that comes in soft silicone and braided yarn options.