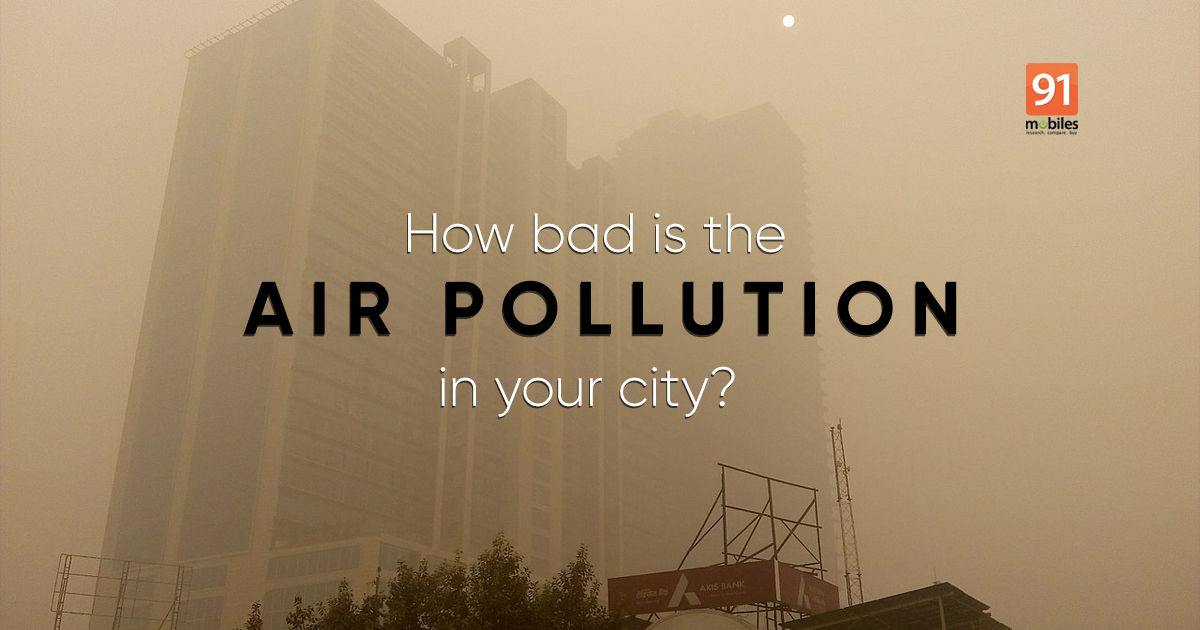 Air quality in India, especially the northern cities, has worsened drastically over the last couple of days. With the Air Quality Index (AQI) crossing 900 in Delhi and NCR, the air is rated as hazardous for breathing at the moment. Like the past few years, cities like New Delhi, Gurgaon, Noida, Ghaziabad, etc. are among the worst affected by the air pollution in India. However, there are a Jalor, Rajasthan and Kalyan, Maharashtra also ranked in the list of cities with average AQI above 700 today. Let’s take a look at what AQI is, air pollution levels in major Indian cities, and how to control air pollution at home and outside.

Air Quality Index is a means to measure the quality of air. It tells how clean or polluted the air is and what associated health effects might be a concern. It takes all the monitored pollutants in the ambient air and relates them to a single scale value to communicate air quality. The higher the AQI value, the greater level of air pollution and associated health concerns. For example, an AQI value of 50 represents good air quality with little to no health effects, while an AQI level of 300 represents hazardous air quality.

Delhi air pollution is rated very poor with an average AQI of 378, which is a cause of concern. DTU in New Delhi has relatively less air pollution than the rest of the capital despite the 272 AQI, but still definitely in the poor category. Patparganj, Wazirpur, Vivek Vihar, etc all have AQI above 350 today, meaning residents should stay indoors. Sources and causes for poor AQI in Delhi are agricultural stubble burning, vehicular emissions, industrial pollution, colder weather, and not enough public transportation, among others.

Noida air pollution index is also very poor with 380 AQI on average. Among the recorded areas, Sector 1 and Sector 116 are faring particularly badly with AQI levels of 372 and 391, respectively.

Gurgaon air pollution level is no better either, with average AQI of 380 in the city. The entire city has terrible air quality that will lead to breathing issues and lung-related problems in the long term.

The Ghaziabad air quality levels are at 516 on average. Whether it’s the outskirts like Ghaziabad or areas in the heart of the city like Sanjay Nagar, the air in this city is rated Hazardous through and through. Residents are advised to wear a mark outside and have a proper air purifier at home to protect themselves from the effects of the polluted air.

The air quality index in Bangalore is 115. Among the recorded areas, Silk Board has the highest AQI at 78, meaning the city is safe from the ill effects of air pollution that much of the country is struggling with today.

Faridabad air pollution level is 416 on average, meaning a rating of Hazardous, making it another city unsafe for residents. Whether it’s Sectors 11, 16A, and 30, the AQI levels in Faridabad today is above 350 across the board.

Mumbai AQI today is 172 on average, which is not quite as bad as the north Indian cities but still rated Poor. The Sidharth Nagar, Worli area of the city has the cleanest air with 102 AQI, while the Mazgaon area has the worst air at 158 AQI.

The air pollution in Chandigarh is at 72 AQI, meaning the city has decent air quality in comparison to Delhi, Gurgaon, and other north Indian cities. The Chandigarh AQI is also much less than the average AQIs of Punjab and Haryana.

Lucknow is another city with horrible air quality, with an average 381 AQI and Poor rating. Talkatora is the worst affected area of the city with 352 AQI, requiring attention from the residents in bringing the air quality to an acceptable range.

The air pollution today in Jaipur is poor at 285. While the entire city is faring poorly, Adarsh Nagar has the worst recorded air quality at 141 AQI.

Pune’s air quality index is 189, which is Satisfactory. Among the recorded areas, Revenue Colony has the worst air pollution levels at 223 AQI, while Karve Road has Good air with just 122 AQI.

The capital of West Bengal, Kolkata has a moderate air quality index of 144. The Rabindra Bharati University area of the city has 240 AQI, whereas the Victoria area has 158 AQI.

Hyderabad has the best air quality index at 225, which is very poor. All areas in the city are having poor quality air levels, with Central University having the least AQI among recorded areas with 143 AQI.

Air pollution is a serious issue and needs to be taken very seriously considering the long term effects on health. There are various reasons for air pollution but the need of the hour is some lifestyle changes. Primary reasons for air pollution include vehicle exhaust fumes, fossil fuel-based power plants, exhaust from industries and factories, construction, and, lastly, we can’t deny the household activities. Of course, the spike in air pollution during the winters, especially in north India, are attributed to crop burning and bursting of crackers.

Who is susceptible to serve health issues from air pollution?

Global warming and acid rains are also the major effects of air pollution.

How to control air pollution at home

You can control the air pollution at home by using quality air purifiers. For those unaware, air purifiers clean the air near it and releases good quality breathable air. Here is a list of the best air purifiers for the home. 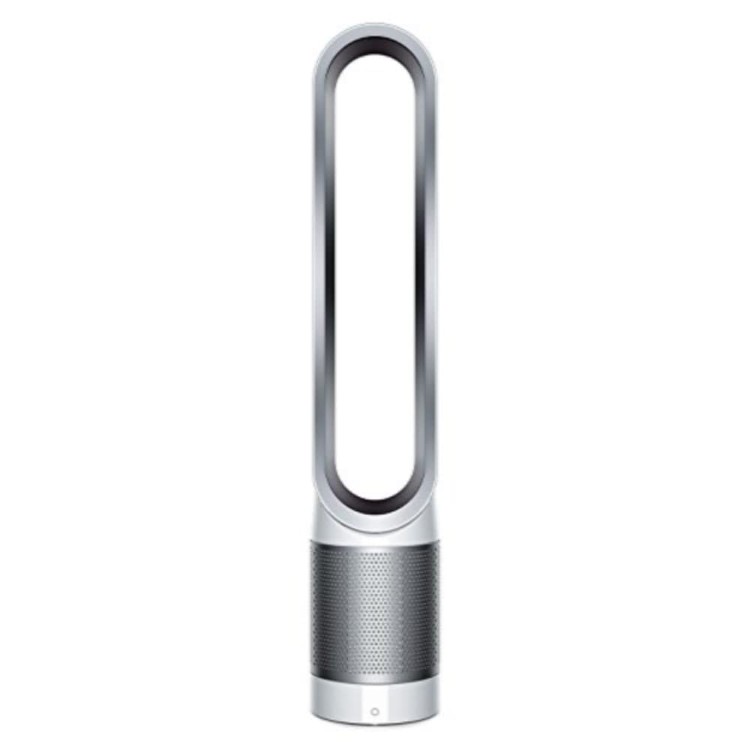 Dyson brand needs no new introduction. The Dyson Pure Cool link tower comes with all the required features like Hepa+ Activated Carbon Filter and intelligent purification that is claimed to automatically remove 99.95 percent of allergens & pollutants as small as PM 0.1. 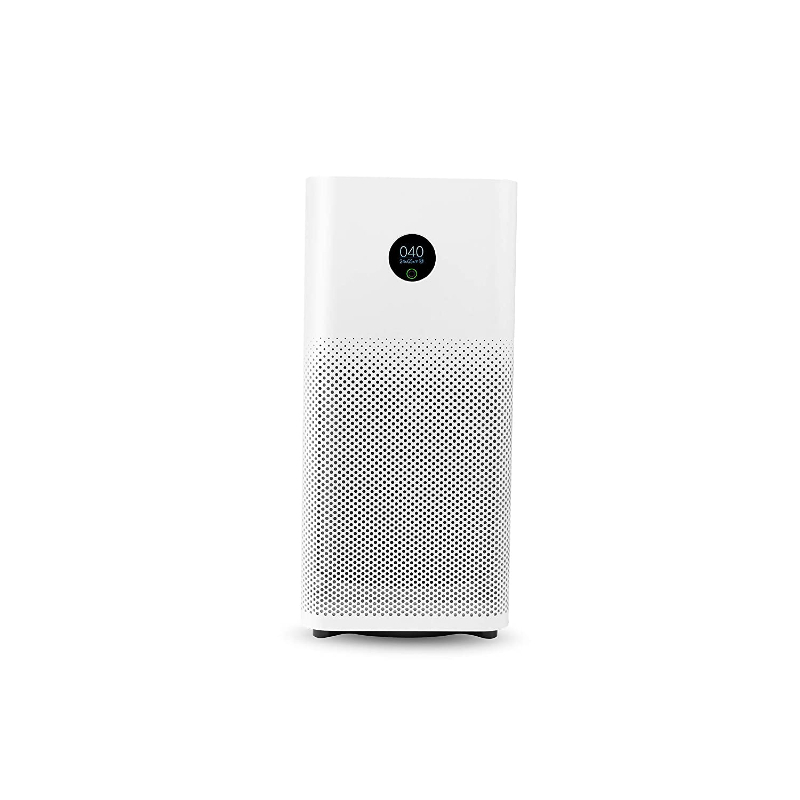 The Xiaomi Air Purifier 3 is a budget option for those looking at an affordable air purifier. It comes with a True HEPA Filter and Smart App Connectivity. It can filter out 99.97 percent of particle size up to 0.3 microns. There’s an OLED touch display that shows real-time PM2.5 concentration, temperature and humidity, Wi-Fi connection and working mode. 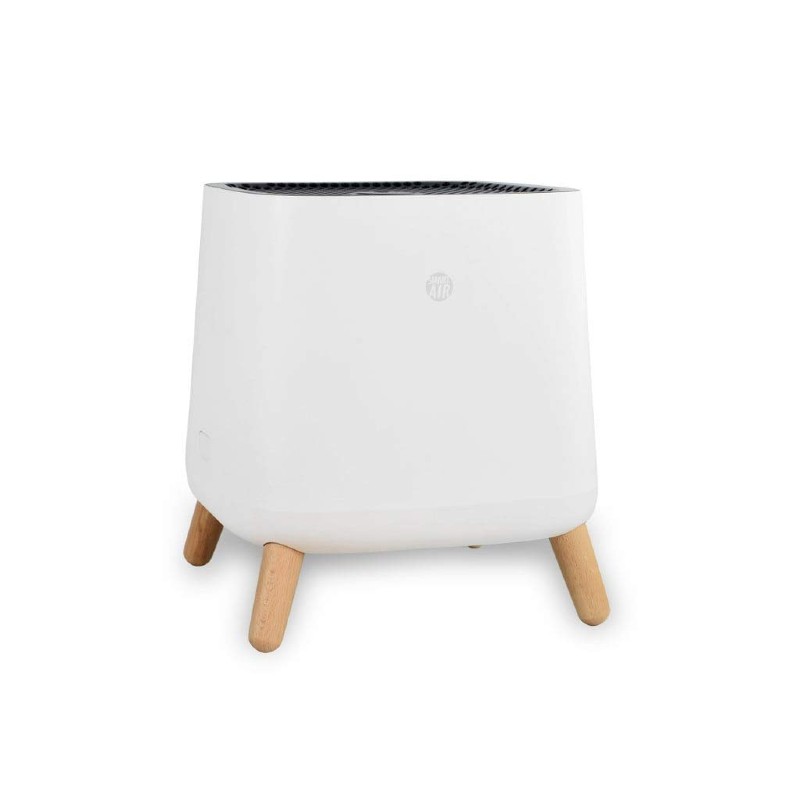 The Sqair air is for those who also want the look in addition to working as an air purifier. It has a unique 360-degree air circulation design that can cover up to 430 sq ft. The extra thick HEPA captures pollution down to 0.005-microns. 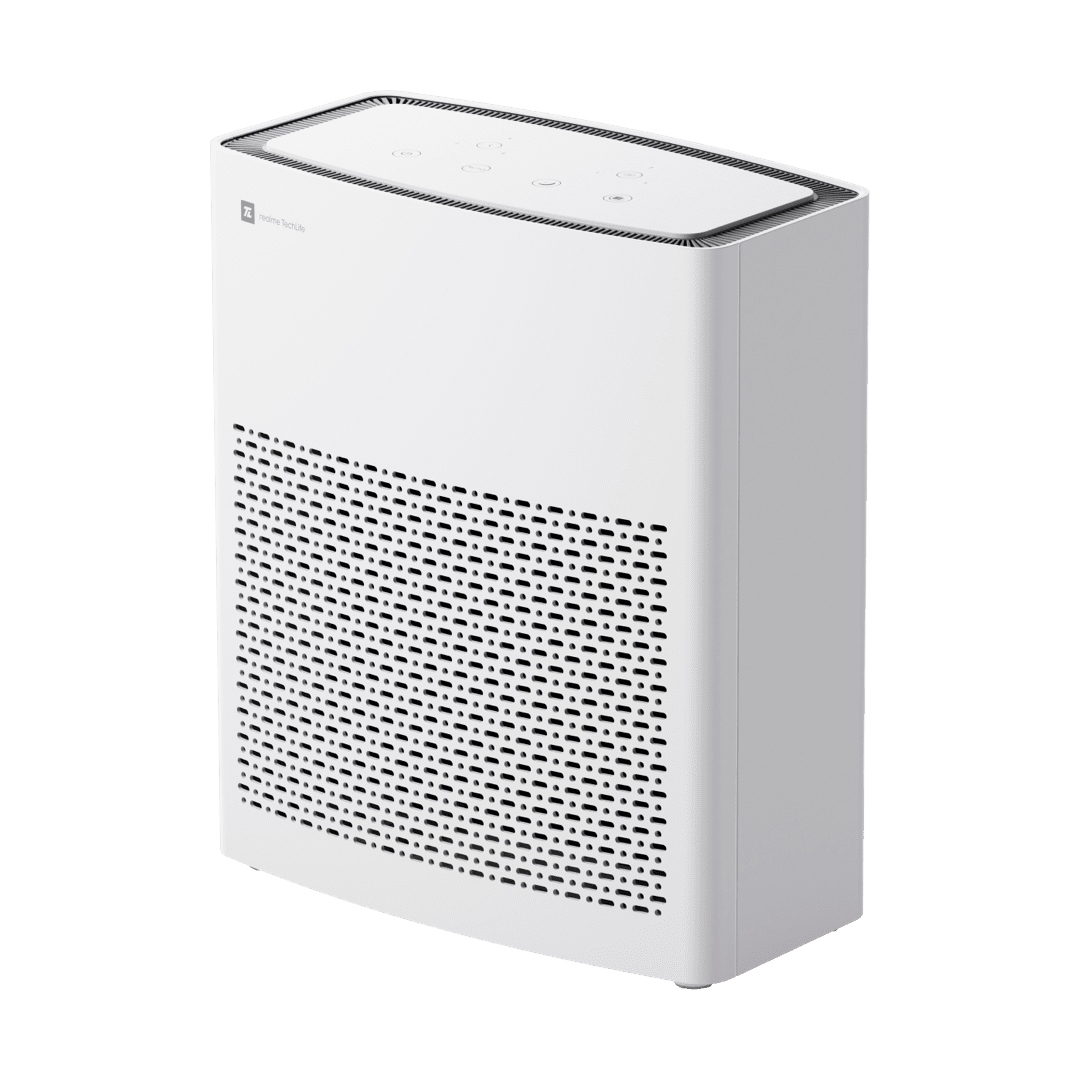 Realme is finally venturing into consumer tech products. The TechLife Air Purifier is one among them. It comes with a HEPA filter that removes 99.95 percent micron particles and even PM 2.5 pollutants. The air purifier can cover a 420 sq ft area.

Philips is a reputed household name and the Air Purifier 1000i series is a worthy option for those looking to buy an air purifier. As usual, it comes with a HEPA filter that can capture 99.97 percent of particles. There are smart sensors for intelligent purification and sleep mode that operates in low noise. 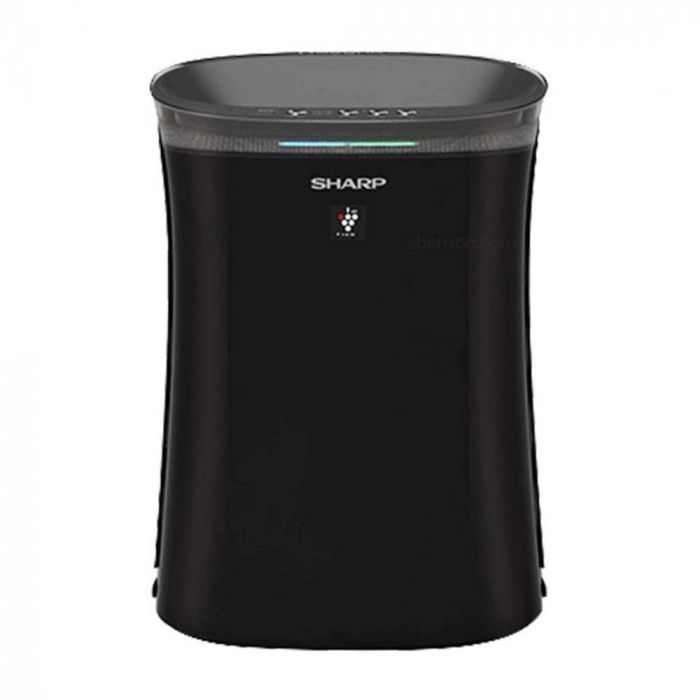 The SHARP Air Purifier FP-GM50E-B is also a good option to consider if you’re looking to buy an air purifier. There is a HEPA filter and Ionizer, a pre-filter that is claimed to clean common particles. Interestingly, there’s a mosquito catcher, which is a good addition to air purifiers since mosquitoes can be dangerous.

Honeywell Air Touch is a budget air purifier and comes packed with all the required features. There’s a real-time PM2.0 meter, CADR of 300 cu m/hr, real-time pollution level, three-stage advanced filtration system with combined HiSiv and HEPA filter. It is a completely ‘Ozone Free’ air purifier that does not emit any harmful gasses.

How to prevent air pollution effects outside the home

preventing air pollution effects outside the house is as important as keeping your home safe with an air purifier. There are two ways you can prevent air pollution: using a face pollution mask and if you’re a car owner, having a car air purifier.

Here are the best face masks

Wondering which air purifier to buy? Here’s what you should look for