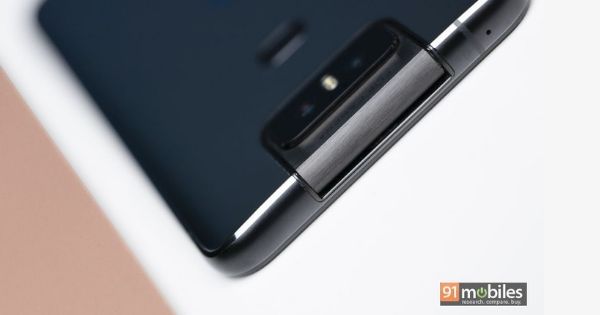 “The update improves the flip camera performance, EIS in video recording, and the Super Night mode”

ASUS 6Z is now receiving a new FOTA update that brings some notable improvements to the smartphone. The update brings improvements to the camera, as well as optimisations to the system. There are a couple of new UI changes that are also available in the update. According to the company, the update could take some time to reach all users since it’s being released in batches. This is the second update released this month for the recently launched ASUS 6Z. The first update was released at the beginning of the month and brought improvements to the flip camera.

The ASUS 6Z comes with a very unique feature. It features a flip camera, which acts as both the rear and front camera setup. The sensors are also pretty good and can take deliver some crisp photos. The latest update, version number 16.1220.1906.167, will further improve the camera performance. Firstly, the Flip camera mechanism will now work better than before. ASUS has also optimised the EIS performance when recording videos. Thanks to the flip camera, taking panorama photos were pretty easy with the phone. This feature has been improved and is now more accurate.

ASUS has also optimised the performance of the Super Night mode feature. As per the changelog, the Super Night mode can now take sharper, much more detailed photos with less noise. Finally, the Retract Camera shortcut has now been moved to the first page of Quick Settings. This will make it easier to retract the flip camera if it didn’t retract properly the first time.

Apart from improvements to the camera, the update also improves call quality and brings other system enhancements. The update adds the Mobile Manager and Clean-up apps to the launcher for easier access. ASUS has added better touch response sounds and there’s a new ON/OFF toggle in Sound Settings. You can also expect improvements in the battery department. The company has added improved battery optimisations in the update to improve battery life. Users in India will now see improved translations for Indian languages. Finally, the update will also optimise the system to make apps run better.