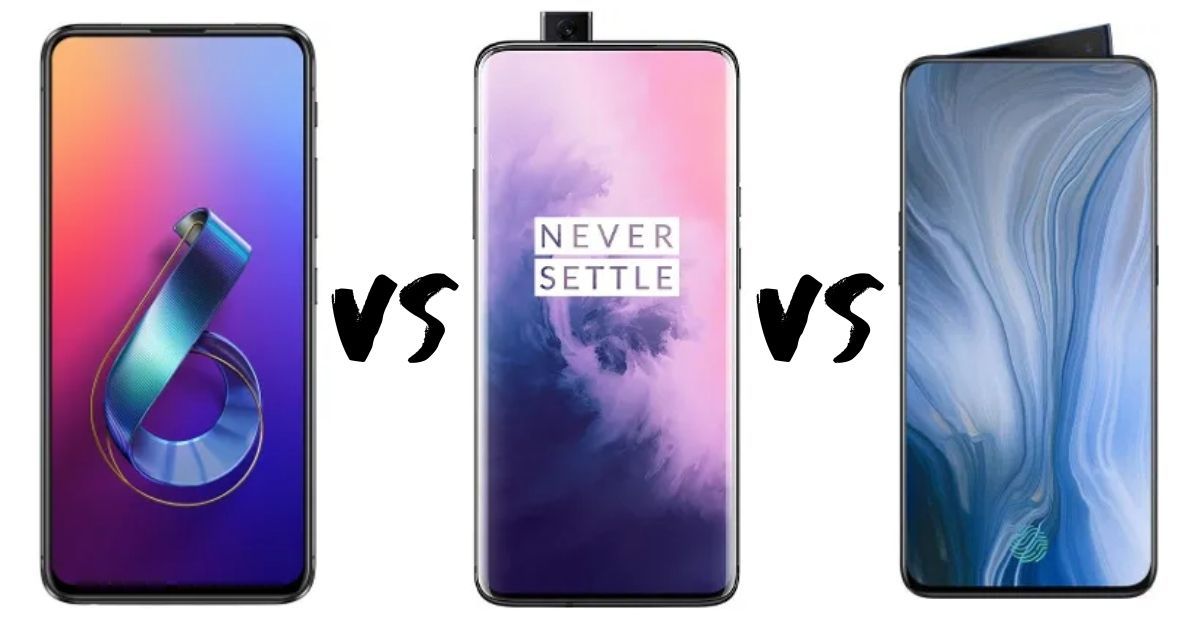 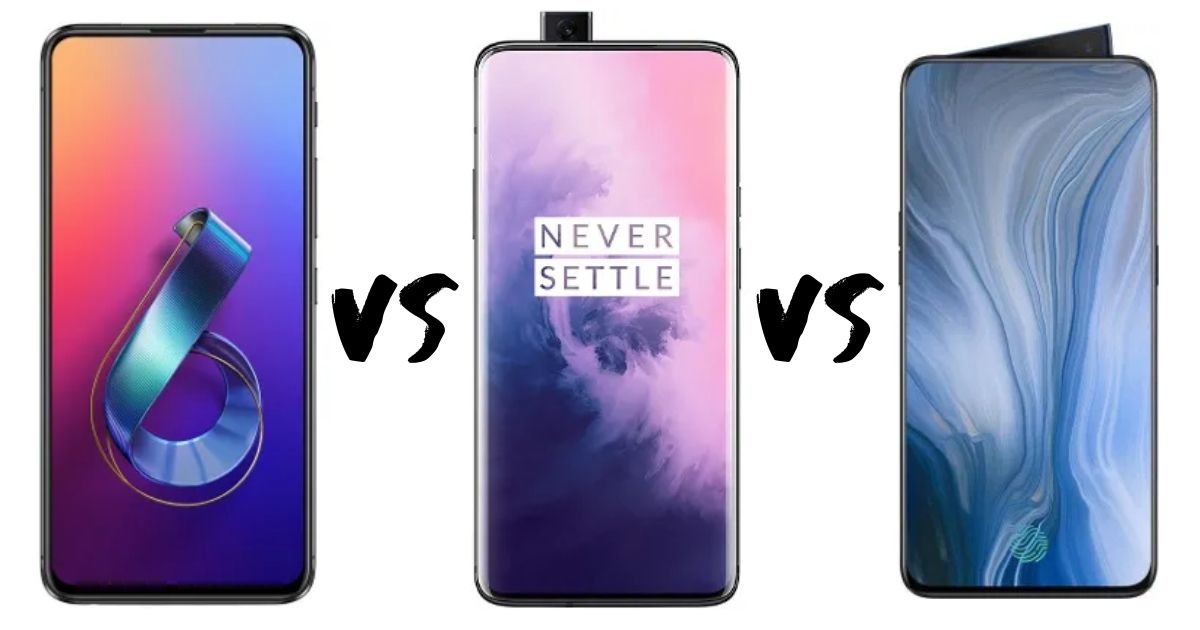 With the launch of the ASUS 6Z, the budget flagship segment has received yet another strong competitor. In case anything about that name sounds odd, you should know that the 6Z is the rebranded ZenFone 6 due to a ban imposed by an Indian court on selling products with the ZenFone branding. That said, nothing apart from the name of the product undergoes a change, which is great, given the highly attractive offerings it brings with it. But rest assured that there’s tough competition ahead of it in the Indian market, with the likes of the OnePlus 7 Pro and the OPPO Reno 10x Zoom also occupying space here. If you’re torn between which among the three to go for, let us give you a detailed breakdown of what they have on offer. 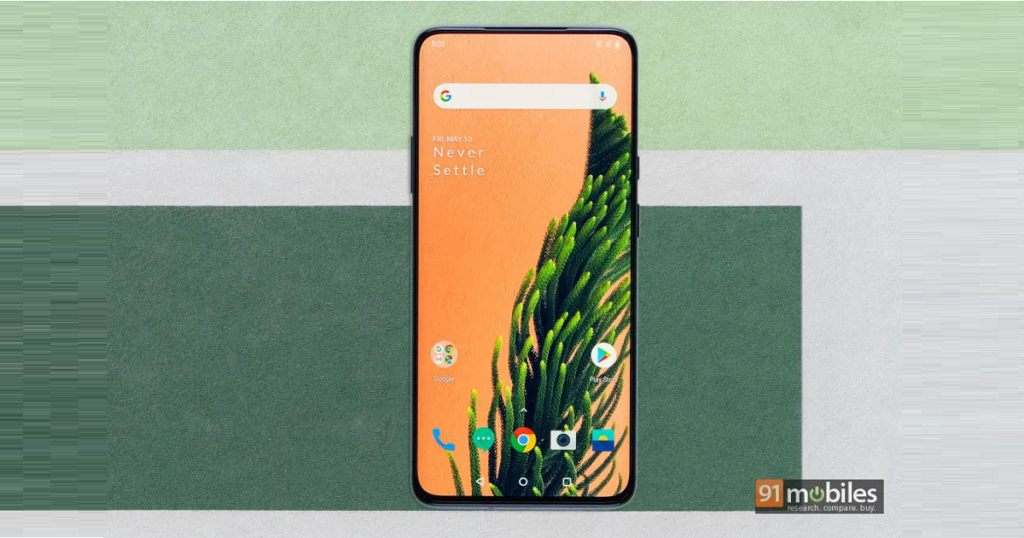 The ASUS 6Z’s main design highlight is, of course, its motorised flip camera. Thanks to this unique design, there’s no need for separate front and rear sensors. The body consists of an aluminium frame and plastic, and has an overall premium feel. The presence of the flip camera allows for the front surface to be covered almost entirely by the display. The other two phones have their own methods for offering full-screen front surfaces. The OnePlus 7 Pro uses a pop-up camera that we’ve seen on other phones before, whereas the Reno 10x Zoom employs a shark fin-like pop-up snapper that also houses the flash module needed for the rear shooters. Both these phones offer glass backs, yet they do not support wireless charging, just like the 6Z.

The ASUS handset goes for the traditional rear-mounted fingerprint scanner, while the other two devices have it embedded into their displays. All three phones come with stereo speakers, with only the 6Z offering a headphone jack. Coming to their displays, ASUS has blessed its phone with a 6.4-inch IPS LCD bearing full HD+ resolution. The OnePlus 7 Pro on the other hand, offers a 6.67-inch Fluid AMOLED display with a Quad HD+ resolution and a 90Hz refresh rate. The Reno also has a 6.6-inch AMOLED screen, but with full HD+ resolution. There’s no doubt that the OnePlus handset has the best display among these three. 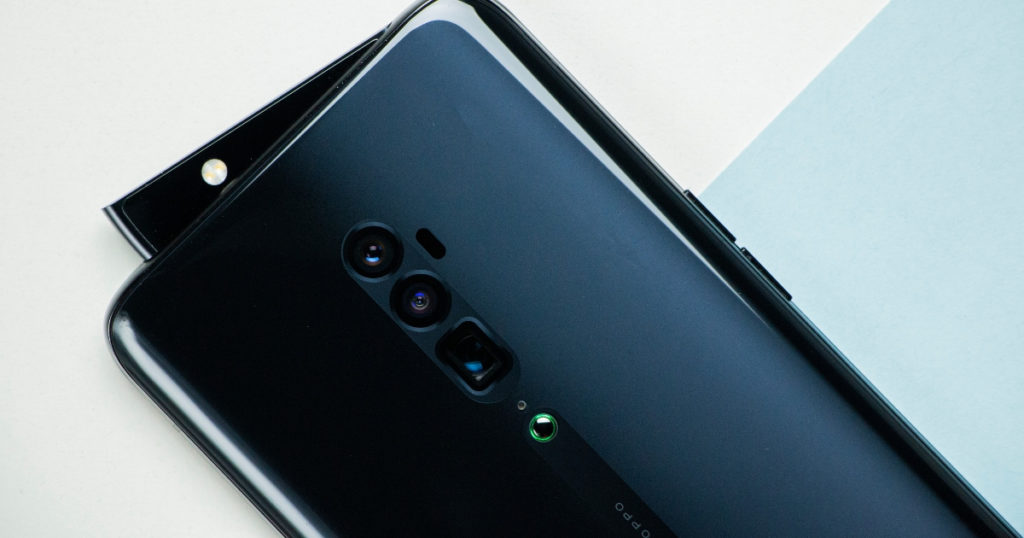 The 7nm Snapdragon 855 chipset rests at the hearts of all three of these handsets. It delivers the benefits of a 2.84GHz octa-core processor and an Adreno 640 GPU for superior everyday performance. The RAM and storage options have been mentioned above, and as for the microSD card slot, a dedicated one makes its way onto the ASUS 6Z, while a hybrid slot makes its way onto the OPPO phone. The OnePlus 7 Pro is devoid of one. The software is Android 9.0 Pie for all of these handsets, but while the 6Z and the 7 Pro keep the interface very close to stock, the Reno’s ColorOS 6 is filled with its own colourful changes that may or may not appeal to you.

As we said, ASUS has blessed its product with a flip module that can freeze at any angle to give you distinct photography scenarios. It’s equipped with a 48MP f/1.8 main camera and a 13MP ultra wide-angle camera. The fact that the same two cameras can be used at the front is great news for selfie enthusiasts. The triple rear camera setup of the OnePlus 7 Pro consists of a 48MP f/1.6 main snapper, an 8MP telephoto camera for delivering 3x zoom, and a 16MP ultra wide-angle camera. Its selfies are taken care of by a 16MP pop-up camera. The Reno 10x Zoom grabs a 48MP f/1.7 main camera, and 8MP ultra wide-angle camera and a 13MP periscope-like camera, which enables up to 10x hybrid zoom, like its name suggests. Its front camera is a 16MP pop-up shooter. 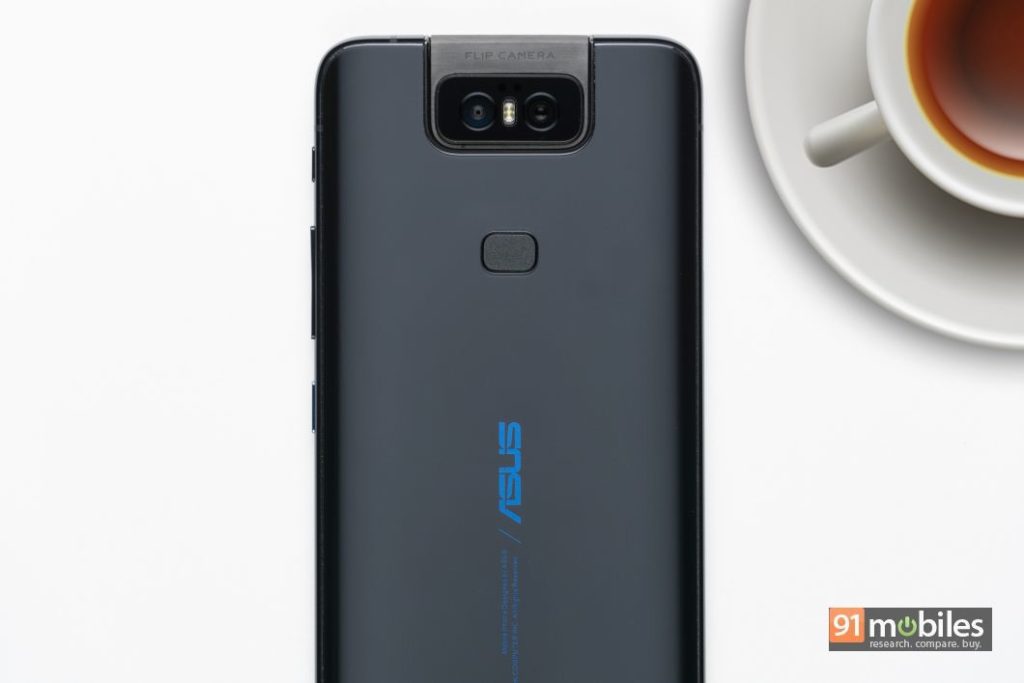 The 6Z has the biggest battery among these three in the form of its 5,000mAh cell. It’s got 18W fast charging support and the ability reverse charge other devices at 10W. The OnePlus 7 Pro offers a 4,000mAh power unit with support for its much loved 30W Warp Charge technology. As for the OPPO handset, it has gone for a 4065mAh battery, which can be charged at 20W.

Those are all the major details you need to know about the ASUS 6Z, the OnePlus 7 Pro and the OPPO Reno 10x Zoom before you decide upon which one to buy among the three.