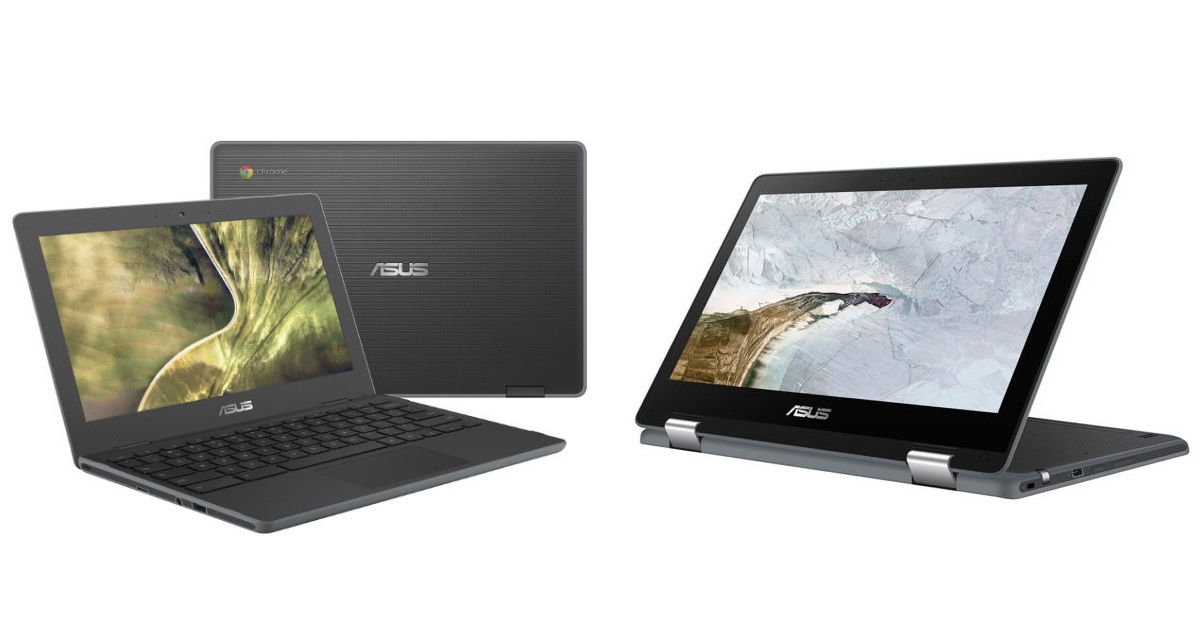 The Chromebook C204 and the C403 are regular laptops that run on Google’s Chrome OS. The C204 features a 11.6-inch anti-glare display with HD resolution and is powered by Intel’s dual-core Celeron processor. This chipset is paired with 4GB of RAM and 32GB of internal storage. It has a 50Wh battery, a USB Type-A port, and two USB Type-C ports.

The C403 is the larger sibling of the C204 and features a bigger 14-inch HD display. It is also more powerful thanks to the Intel Celeron N3350 CPU. The RAM, storage and connectivity options remain the same. According to ASUS, the keyboard on the C403 is better and features 2mm of travel. Both the laptops feature spill and tamper resistant keyboards.

Next up, the ASUS Chromebook Flip C214, which looks similar to the other two laptops, but has more flexibility. It can be used both as a laptop and a tablet thanks to the 11.6-inch touchscreen that also supports stylus input. It is powered by the Intel Celeron N4000 processor, but can be upgraded to a slightly faster N4100 chipset. The tablet comes with 4GB of RAM and 32GB of storage. The connectivity options are similar to the others, with a single USB-A port and two USB-C ports.

Finally, the ASUS Chromebook Tablet CT100. This is the first Chromebook tablet from the company and it comes with a 9.7-inch QXGA display. The tablet is equipped with a hexa-core OP1 processor, which is once again paired with 4GB RAM and 32GB of storage. It features a 35Wh battery and has a USB Type-C port. ASUS says that the tablet is also pretty rugged and has included rubber inserts on all sides.

The new Chromebooks and tablet will be available in a couple of months. Pricing isn’t known yet and will be announced alongside the launch of the devices. All the products will support Google’s G Suite for Education and Android apps.