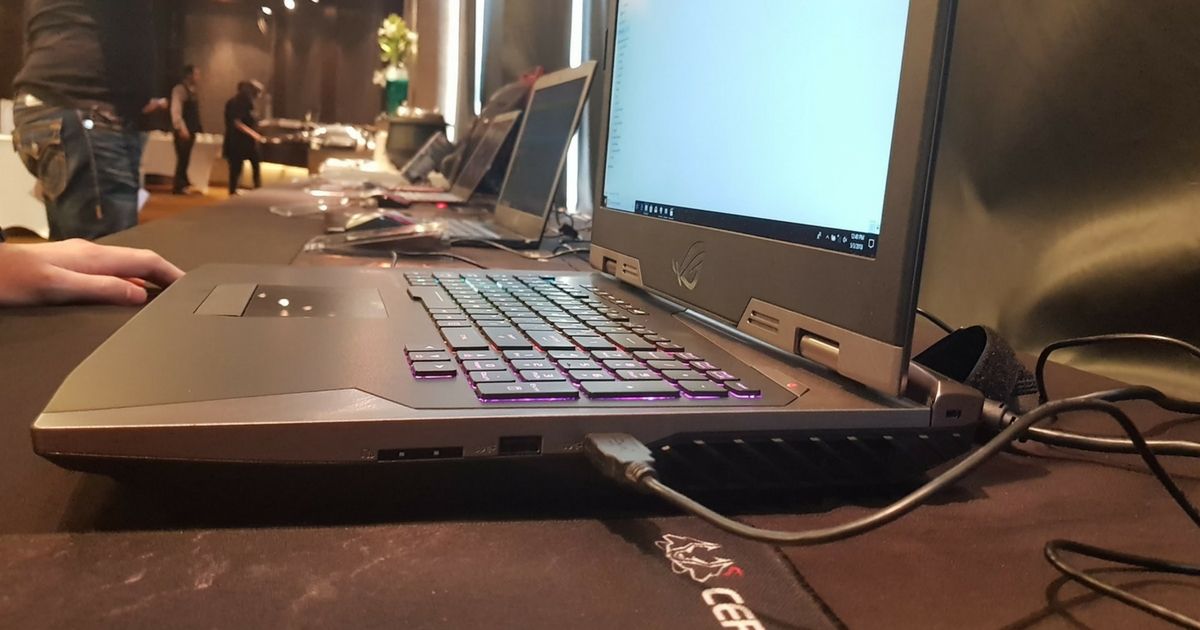 ASUS’ Republic of Gamers series is not a new name in the industry. Over the years, the range has earned itself a reputation for offering some of the most powerful gaming laptops available for consumers to purchase. ASUS has now introduced a new gaming-centric laptop series in India, called TUF Gaming, and unveiled the FX504 as the first product in the lineup. Alongside, the Taiwanese brand also released the latest device in the ROG series, dubbed the G703. We managed to get our hands on both these laptops and to understand the new products better, read on our first impressions.

The ROG G703 comes as a heavyweight, both literally as well as figuratively. Weighing in at 4.7kg, the premium gaming laptop doesn’t seem to have any compromises. While I am a little sceptical about calling the G703 a portable as it measures 42.5 x 31.9 x 5.10cm, the laptop comes with the hardware that would even put most gaming desktops to shame. 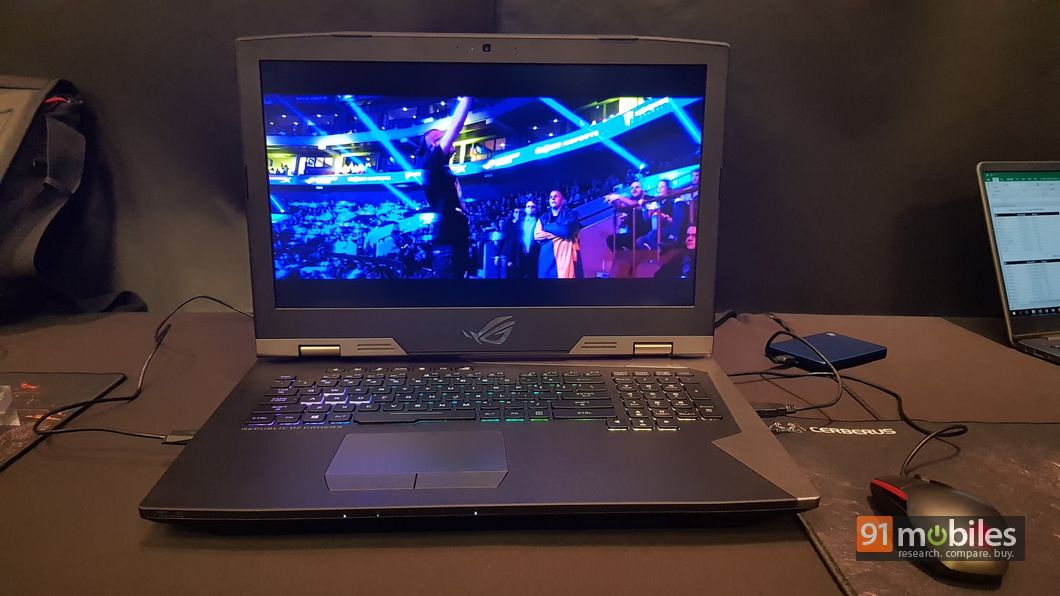 The ROG G703 packs a 17.3-inch full-HD IPS display with an impressive refresh rate of 144Hz and a 3ms grey-to-grey response time. In other words, the laptop promises a smooth gaming performance. The Windows 10 device is powered by a factory-overclocked 8th-generation Intel Core i9 processor backed by NVIDIA GeForce GTX 1080 graphics anda massive 64GB of RAM. Sadly though, we could not test the laptop to its full capabilities as there were no games installed on the demo unit. That said, on paper, ASUS’s offering is nothing short of a beast. 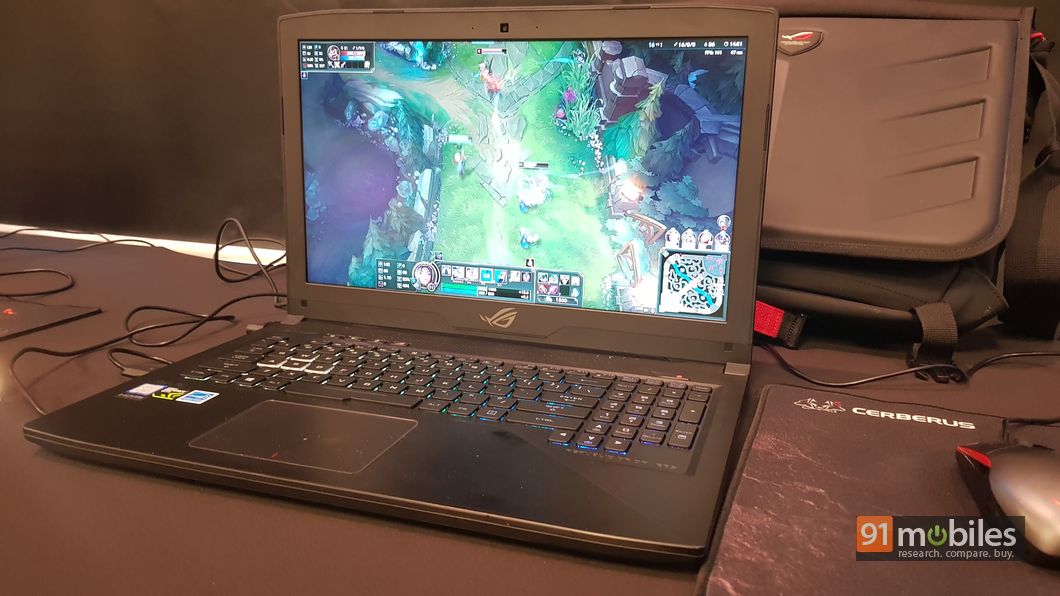 Now, let’s move on to the not-so-impressive aspect of the laptop. While in theory, you can carry ROG G703 around as a portable, the task won’t be so easy. Gaming enthusiasts have come to expect their laptops to be heavy and while this might not be considered a dealbreaker for most, we would still like to point out that the laptop feels extremely heavy. The ASUS ROG G703 is being offered with HyperDrive Extreme storage that claims to provide users with “world’s fastest laptop RAID 0 SSD speeds of up to 8700MB/s“. Again, as we had limited time with the laptop, we couldn’t test this aspect as well. 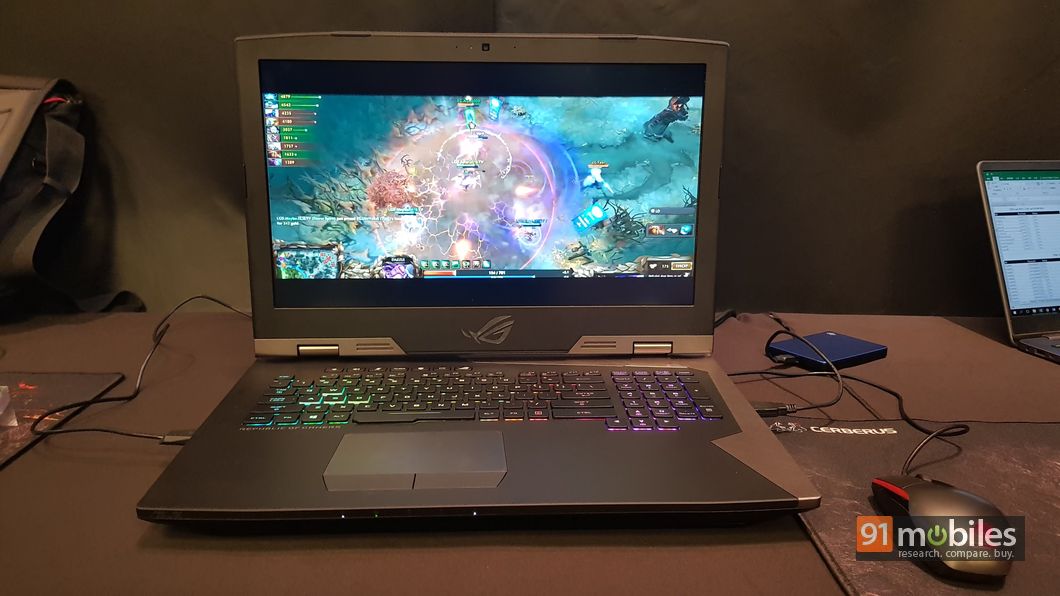 In terms of connectivity options, the G703 offers four USB ports, one HDMI port, one USB Type-C port, 3.5mm audio jack, and a LAN port. There is an RGB keyboard with 2.5mm key travel and highlighted ‘WASD’ keys for a better gaming experience. We found the keyboard to be comfortable but not extremely impressive either. 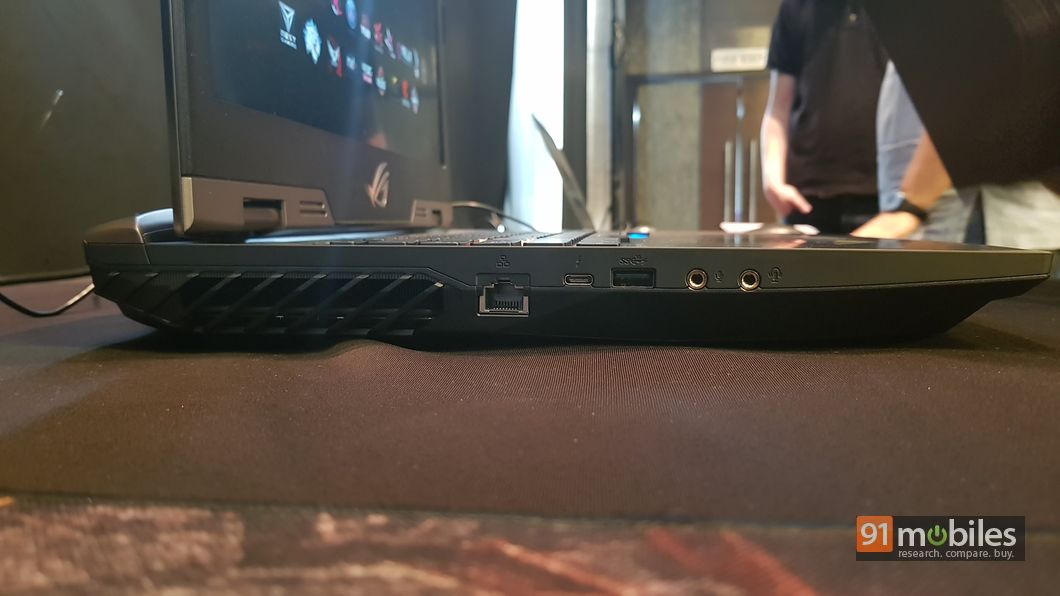 Overall, if you are looking for a no-compromise performance, especially on the gaming front, the ASUS ROG G703 seems to pack a punch. However, we will have to reserve our full opinion until we spend more time with the laptop.

The newly-introduced TUF Gaming series from ASUS promises the performance required for work or play combined with “unrivaled toughness and reliability“. The Windows 10 laptop features a 15.6-inch full-HD IPS display with 120Hz refresh rate and just like the ROG G703, a GTG response time of 3ms. 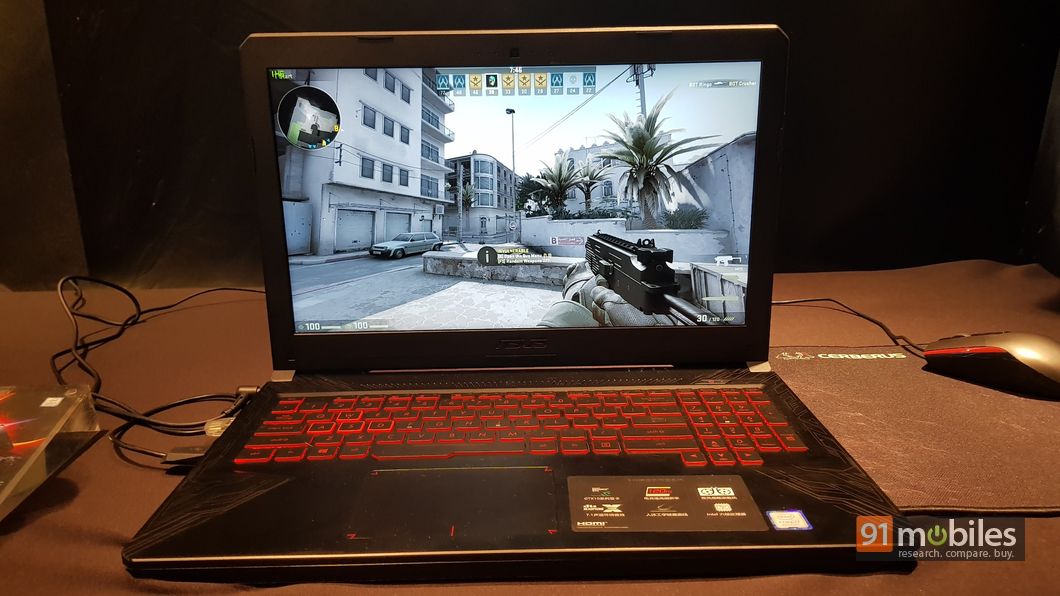 Needless to say, gaming enthusiasts will prefer the 144Hz panel on the ROG G703 over the FX04 for competitive gaming. However, casual gamers will most likely not be able to tell the difference in the smoothness between the two panels. The FX504 is powered by an 8th-generation Core i5 processor (i5-8300H) coupled with 8GB of DDR4 RAM. For storage, it comes with 1TB Firecuda Hybrid SSD along with 128GB NVME PCIE G3X2 SSD storage. The laptop also comes with GTX 1050 graphics and a backlit keyboard. 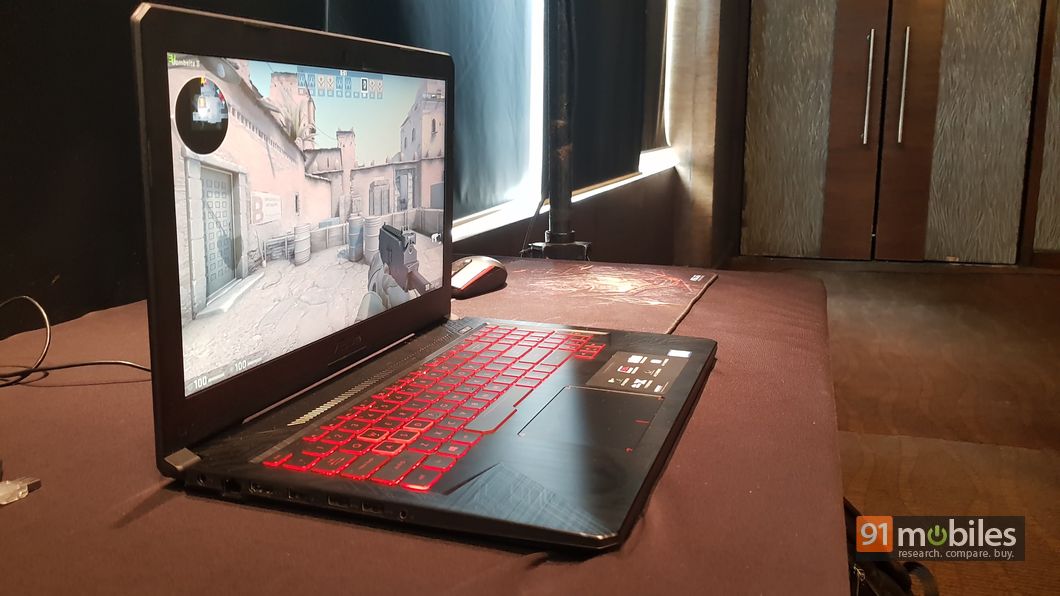 In comparison to the ROG G703, the FX504 feels much lighter and is easier to carry around. The new gaming series from ASUS comes with the company’s Anti-Dust Cooling System that essentially provides an easier passage for the dust to be removed from the laptop. The TUF FX504 further comes with a customisable Fan Overboost function to ensure that the portable doesn’t heat up excessively. The backlit keyboard on the FX504 offers 1.8mm key travel and is comfortable to use.

As for the pricing and availability, the pricing for TUF Gaming FX504 starts from Rs 69,990, while the ROG G703 has been priced in the country at Rs 4,99,990. The ROG G703 will be made available for purchase from the first week of June through LFR Stores, online stores, and with Asus channel partners. On the other hand, TUF Gaming FX504 will be put up for sale starting the third week of May via the same retail channels as the G703. Considering we spent limited time with the new products, we will reserve our full opinion about the performance offered by the gaming laptops for later.