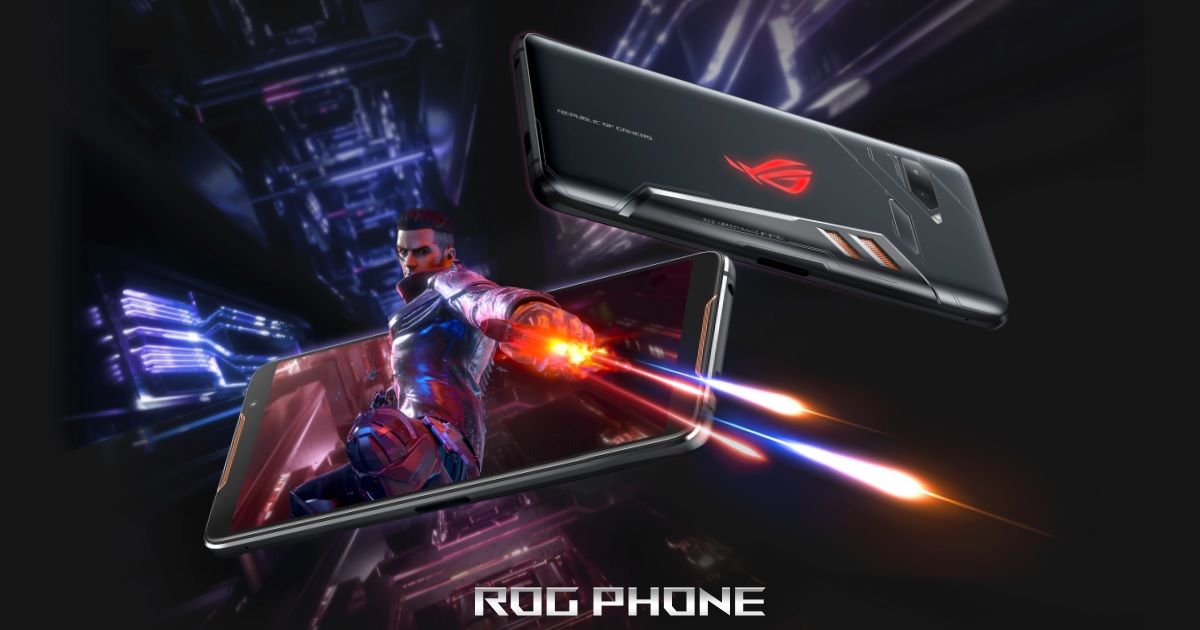 The ASUS ROG Phone 2 is set to launch on July 23rd in China and the company has teased very few features of the handset up till now even though the launch is just a week away. Things are very quiet on the rumour mill as well but we finally have a leak that reveals the front design of the upcoming ROG Phone 2. The company has previously confirmed that the ROG Phone 2 will feature a 120Hz display. 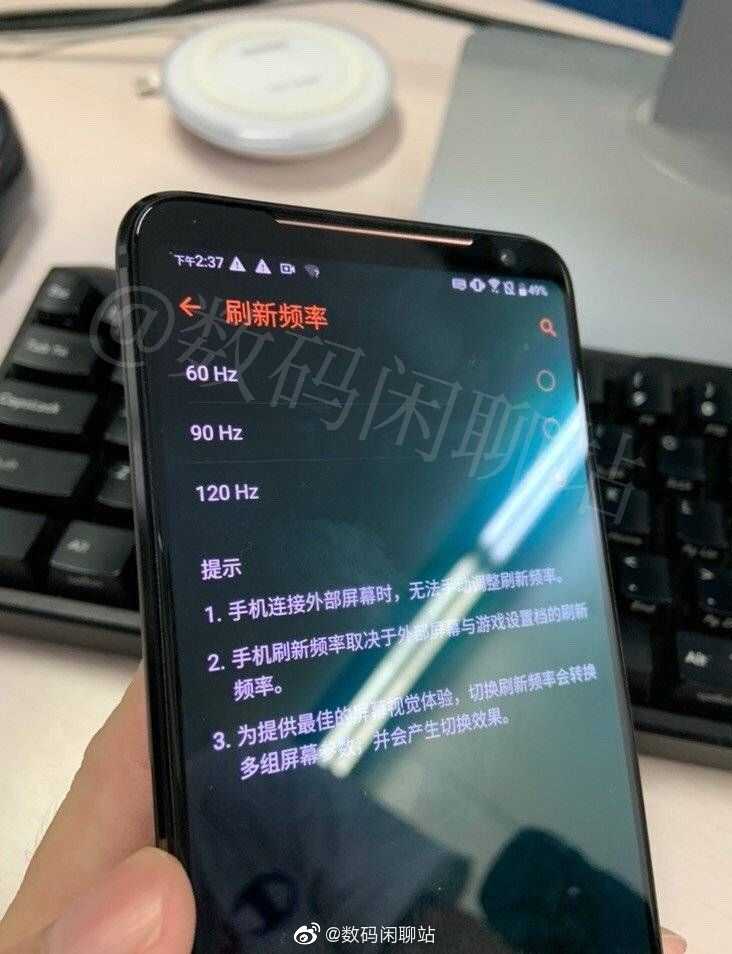 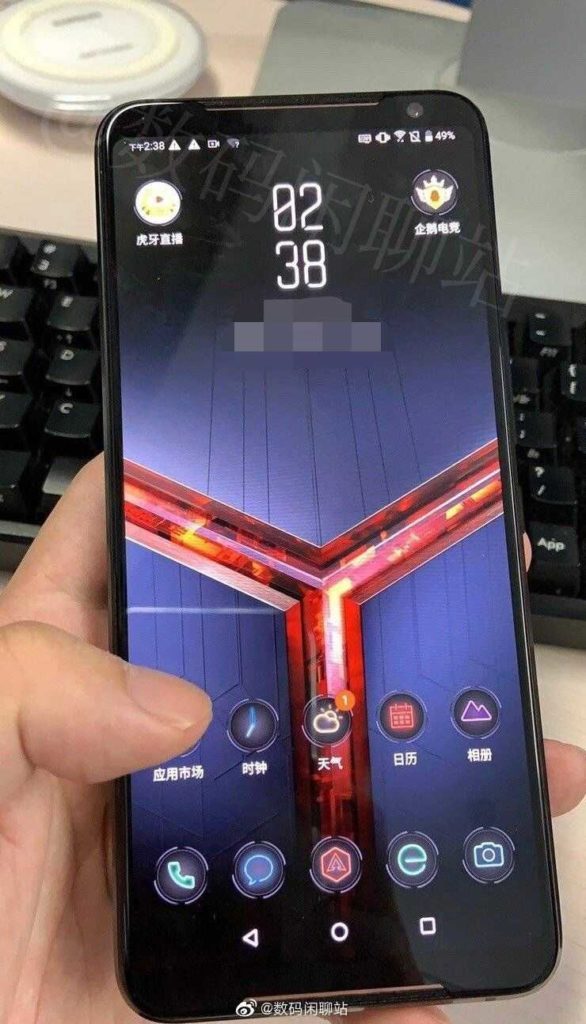 Coming to the images, we see a no-notch design similar to the previous ROG Phone (review). ASUS had some innovative stuff planned for the ZenFone 6 but it seems to be conservative in the design department with its high-end gaming handset. The upper and lower bezels are similar to the one on the Black Shark 2 and the dual stereo speakers are quite easily visible. One of the images also shows the user interface has options to switch between three screen refresh rates – 60Hz, 90Hz, 120Hz. This is great as well since the higher refresh rate is known to be a battery hog and users can choose to opt for lower rates to save some battery. Apart from that, there’s a selfie camera atop the screen, the exact details of which we’re yet to know.

Latest official information has also revealed that the ROG Phone 2 will come with the new Snapdragon 855 Plus launched this week. ASUS made the announcement soon after Qualcomm debuted the new chipset and this makes the ROG Phone 2 a bit more exciting as the new chip does not only have a higher-clocked 2.96GHz Kryo cores but a 15 percent faster Adreno 640 GPU as well. This makes the flagship processor the perfect candidate for the gaming handset. A recent CCC (3C) listing in China also revealed that the handset could very well have 30W fast charging capabilities. But that’s pretty much it. We could see ASUS tease a few features of the phone before launch so stay tuned for the upcoming week.