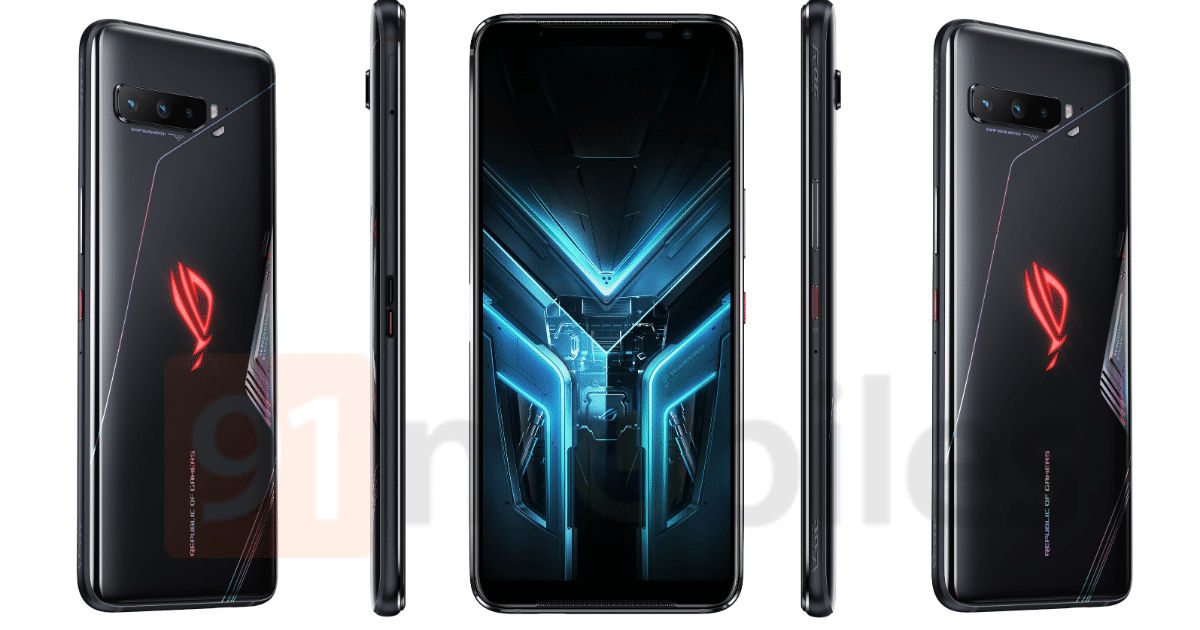 ASUS ROG Phone 3 is launching in India today as the company’s next-gen gaming smartphone. The handset is the successor to last year’s ASUS ROG Phone 2 and is expected to come with several improvements under the hood. The most notable among them will be Snapdragon 865+ SoC, which is the latest flagship chipset from Qualcomm. Other ASUS ROG Phone 3 specifications may include a 144Hz display, up to 16GB, 6,000mAh battery, and 64MP triple rear cameras. Since it’s going to be a gaming phone, expect some sort of liquid cooling tech and heat vent to keep the temperature of the phone in check. Here’s a quick look at the ASUS ROG Phone 3 launch event time, how you can watch it, and its expected price and specifications.

The ASUS ROG Phone 3 launch event will begin at 8:15 pm (IST) on July 22nd i.e later today. The handset will be unveiled via an online event that’ll livestreamed on the company’s social media accounts and YouTube channel, which we have embedded below. It’ll be available on Flipkart for sale.

The ASUS ROG Phone 3 specifications that we know off so far is that it will be powered by the Snapdragon 865+ 5G SoC and will run Android 10-based ROG UI out of the box. The handset is expected to come with up to 16GB RAM and 512GB storage onboard. The phone may sport a 6.59-inch display with FHD+ (1,080 x 2,340 pixels) resolution and 144Hz refresh rate. For photography, the ASUS ROG Phone 3 is rumoured to pack 64MP triple cameras at the back and 13MP snapper on the front for selfies and video calling. The phone will house a 6,000mAh battery and support 30W fast-charging support as per some teasers.