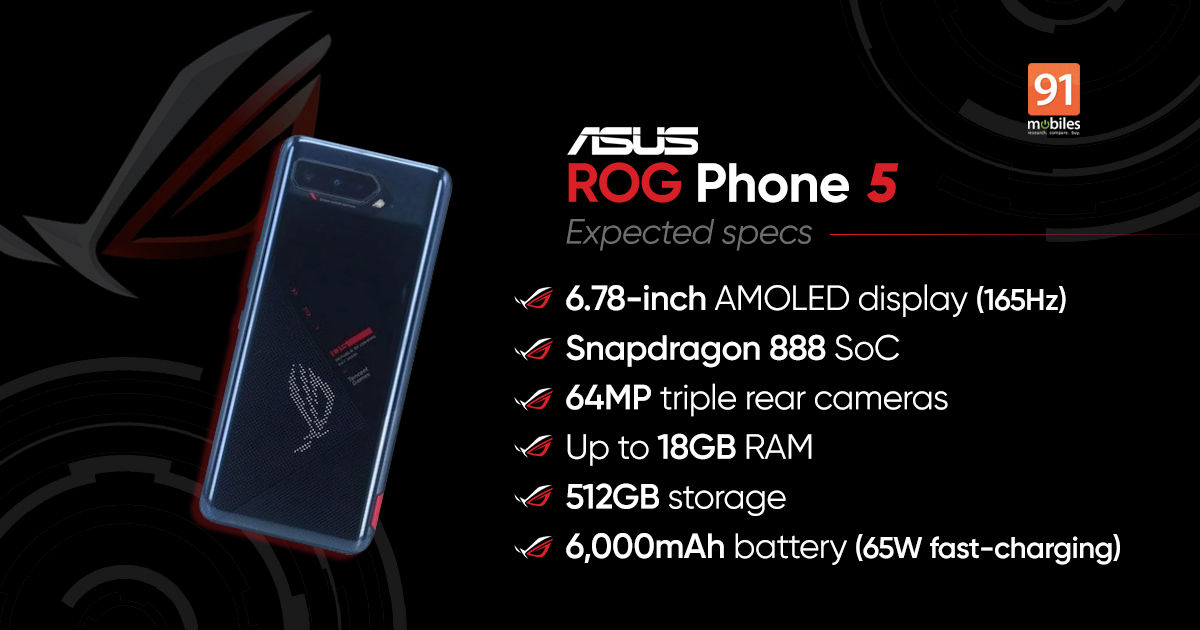 ASUS ROG Phone 5 is set to launch in India today. Although the phone has appeared several times on benchmarking sites like Geekbench, we know very little about it. Based on what we know so far, the ASUS ROG Phone 5 specifications include the Qualcomm Snapdragon 888 chipset and up to 18GB of RAM. The launch event will be live-streamed on YouTube so you can watch online starting 4:15 PM IST. Judging by its predecessor, the ASUS ROG Phone 5 price in India could be around the Rs 44,000 mark. It will be available via Flipkart shortly after launch.

You can watch the ASUS ROG Phone 5 launch event online on YouTube via ASUS India’s official channel linked below. We can expect ASUS to surprise us with some newer accessories for the phone, along with a few special editions of the smartphone. More details about the ASUS ROG Phone 5 will be available on the official website soon.

Earlier Geekbench listings have told us that the ASUS ROG Phone 5 would run a Qualcomm Snapdragon 888 chipset coupled with up to a whopping 18GB of RAM. We can also expect one variant to feature 512GB of internal storage. Some renders of the device showed us that it would come with a  dot-matrix screen at the back, which can be configured via software. It is also tipped to run a colossal 6,000mAh dual-cell battery that supports fast charging at 65W.

We can also expect the ASUS ROG Phone 5 to carry forward its predecessor’s dual-USB Type-C port approach. Every subsequent iteration of the device pushes the display’s refresh rate higher; therefore, we can expect the ASUS ROG Phone 5 to feature a 165Hz AMOLED screen. The phone is tipped to feature three rear cameras with a 64MP sensor at the helm. There’s a dedicated ‘gaming mode’ button, too.