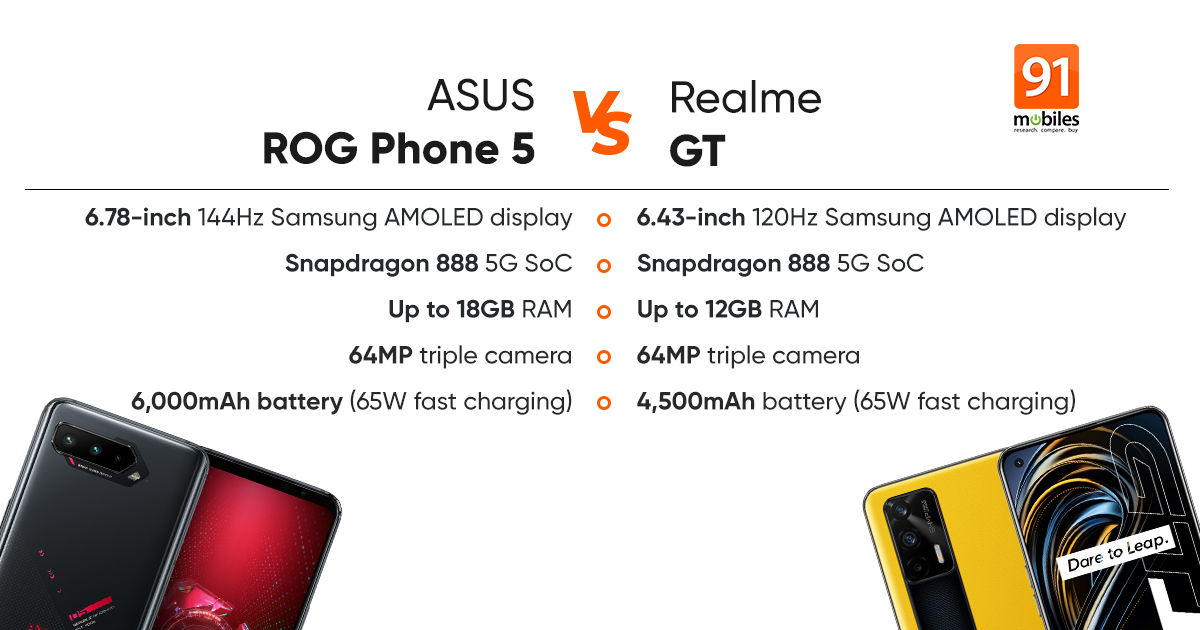 ASUS has finally launched the much-awaited ROG Phone 5 in India on Wednesday. The phone is an absolute beast in terms of hardware and is equipped with the latest Snapdragon 888 processor. It gets an ultra-fast screen, several gaming enhancements, and enough RAM to handle anything one throws at it. Everything on the phone is powerful and fast, including the charging speeds. In this post, we’re going to be comparing the ASUS ROG Phone 5 price and specifications to the Realme GT 5G. The Realme GT is one of the most affordable Snapdragon 888-powered devices out there. We thought it would be a great idea to compare the Realme GT to one of the most powerful gaming phones with the same chipset. Let’s dive right into it. 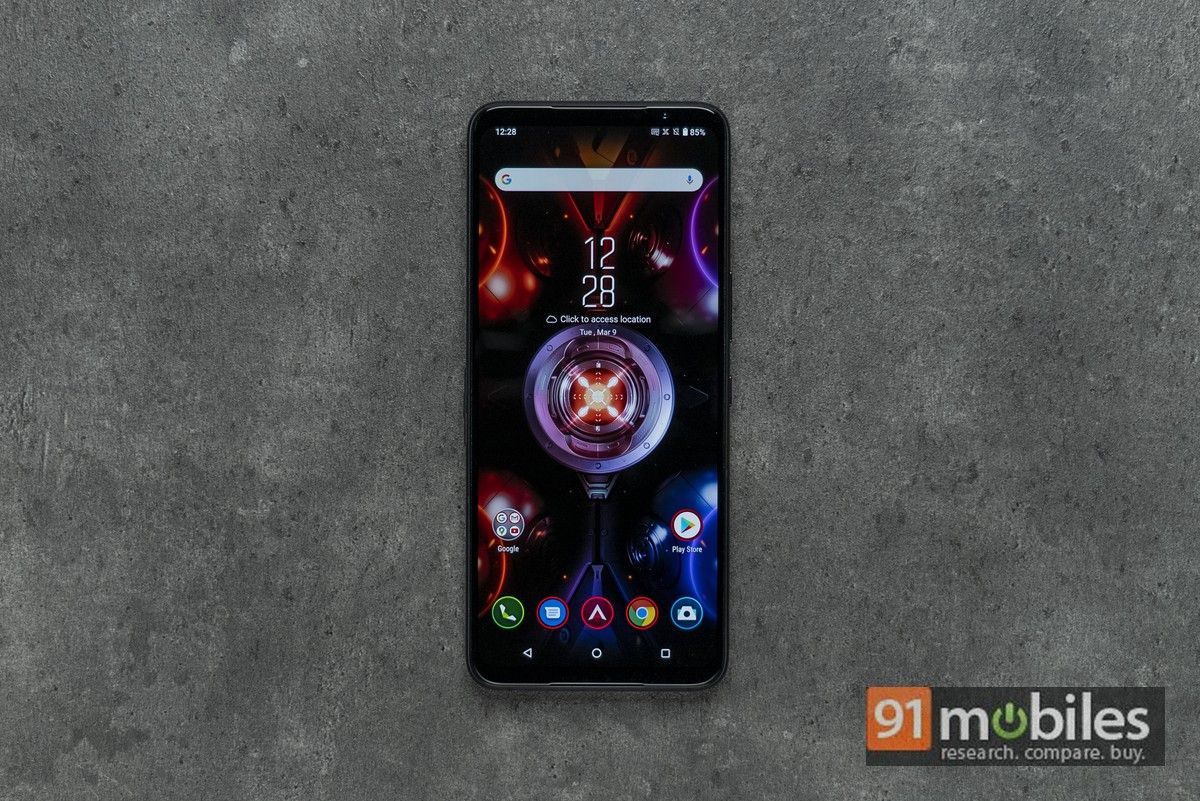 Meanwhile, on the Realme side of things, the pricing is much lower. The Realme GT hasn’t officially launched in India yet, but it’s available for purchase in China at a starting price of CNY 2,799 (approx Rs 31,500). The phone could be slightly more expensive when it arrives in India, but we reckon it will still be a lot cheaper than the ASUS ROG Phone 5.

In the design department, the ROG Phone 5 is a Lamborghini, whereas the Realme GT is a Mitsubishi Lancer EVO X. Both offer excellent performance, but one looks like a family car. The ROG Phone 5 screams gamer with RGB lighting at the back, sculpted camera bump, and more. On the other hand, the Realme GT has a simple-looking back that features a textured glossy finish. 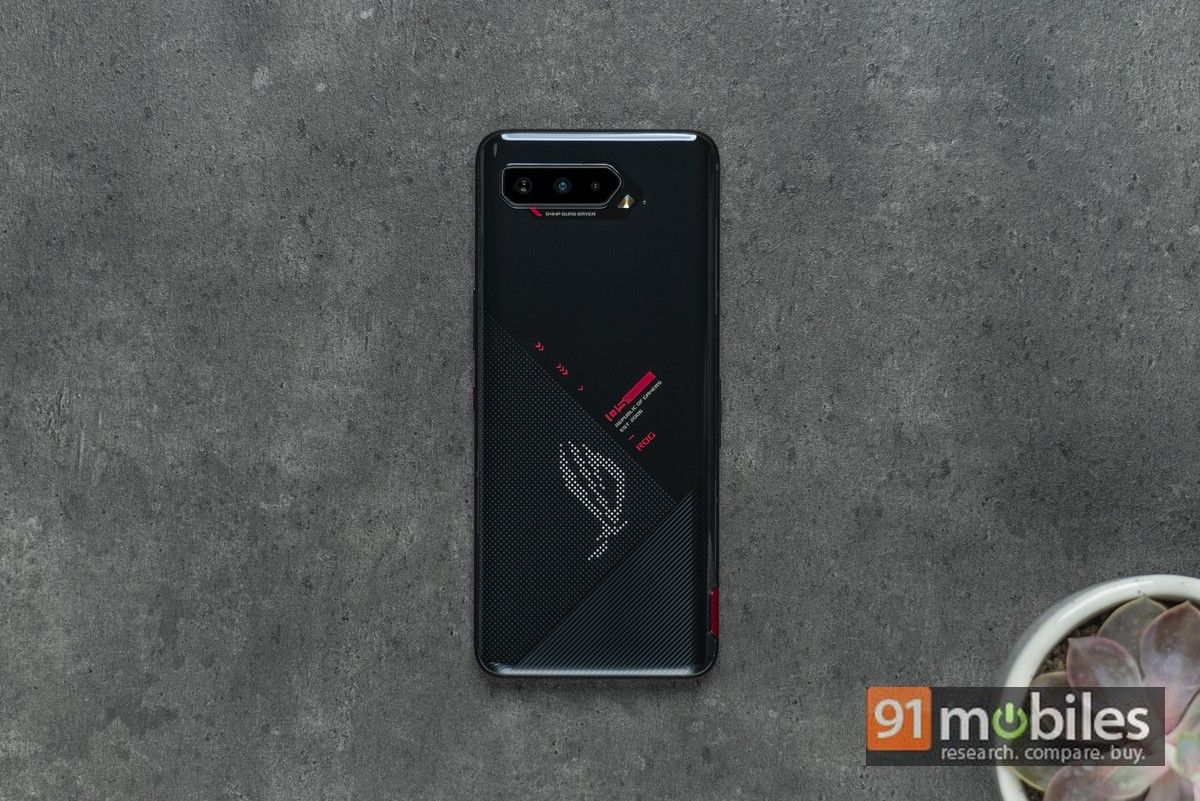 The ROG Phone 5 gets a side charging port, a headphone jack, ROG RGB logo at the back, and dual front-facing speakers. While the standard ROG Phone 5 looks similar to the previous ROG Phone 3, the Pro and Ultimate variants get a secondary display at the back that can show notifications, custom text, and more. On the front, the phone gets a 6.78-inch AMOLED display with FHD+ resolution and 144Hz refresh rate. The display also supports HDR10+, 300Hz touch sampling rate, and is protected by Corning Gorilla Glass Victus.

Now, in terms of hardware, both the ROG Phone 5 and Realme GT have similar specifications. Both phones are equipped with the Snapdragon 888 SoC and offer their own high-performance cooling options. On the ROG Phone 5, the chipset is paired with up to 18GB of RAM and 512GB of fast UFS 3.1 storage. It gets a GameCool 5 mode, which allows the user to overclock the CPU and the GPU. Even the Realme GT has a GT mode, which improves the performance. 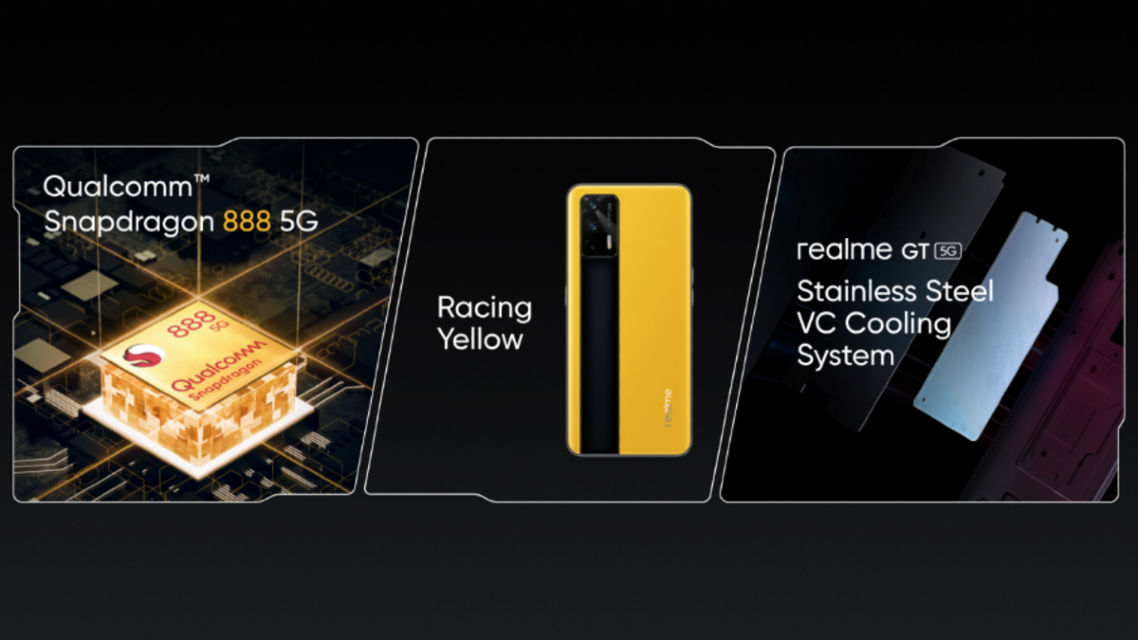 In the camera department, both devices get a triple rear camera setup. The ROG Phone 5 is equipped with a primary 64MP sensor, a 13MP ultra-wide unit, and a 5MP macro sensor. A 24MP camera is available at the front for selfies. Meanwhile, the Realme GT also packs in a 64MP primary camera, an 8MP ultra-wide, and a 2MP macro lens. For selfies, there’s a 16MP camera available on the front.

In conclusion, the ROG Phone 5 definitely looks better than the Realme GT, at least on paper. However, when you take into consideration the price gap, the Realme GT seems like a more value for money offering, as you still get the same powerful Snapdragon 888 chipset, a smooth AMOLED display, and fast charging support.