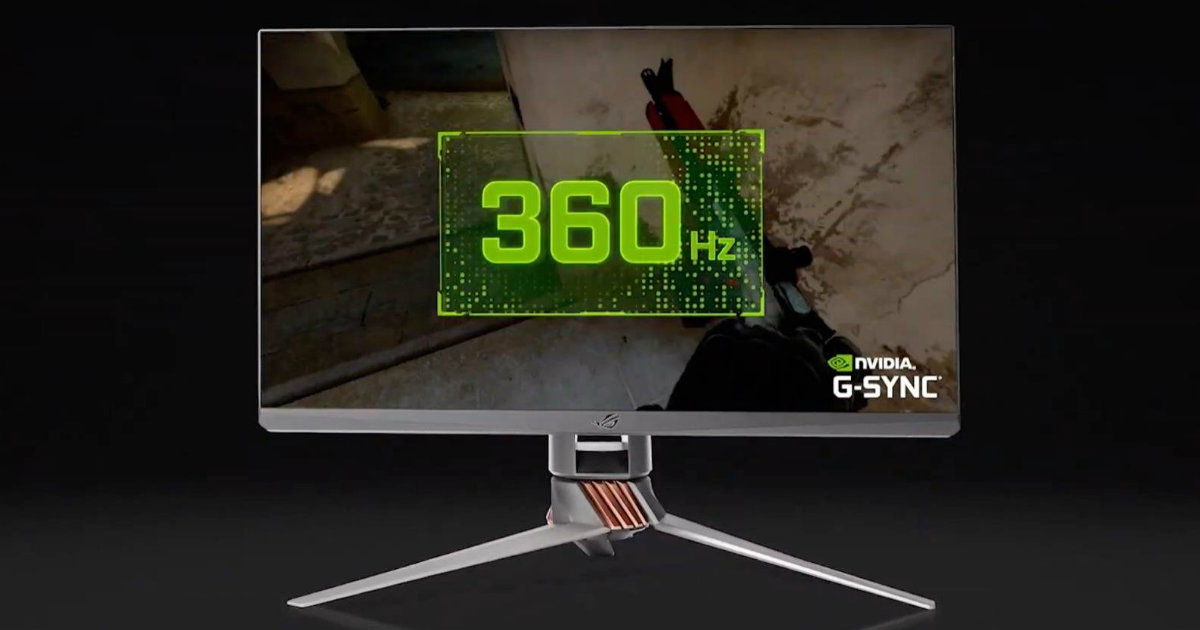 It is not yet clear as to how big an impact would this really have on gamers, but 360Hz already sounds a bit of an overkill. Still, ASUS and NVIDIA could technically use the faster refresh rate to offer advantages in terms of no display lagging, frame tears, interpolations or frame drops of any kind once paired with the top of the line NVIDIA GPUs. The display is seemingly targeted at the e-sports community, with the ASUS ROG Swift 360 including previous NVIDIA technologies such as variable refresh rate and dynamic overdrive.

Explaining the display’s technology, NVIDIA states, “NVIDIA G-SYNC is best known for its innovative Variable Refresh Rate (VRR) technology that eliminates tearing by synchronizing the refresh rate of the display with the GPU’s frame rate. Since then, G-SYNC processors have added new display technologies to accelerate e-sports panels, including dynamic overdrive to enhance player perception, custom-tuned firmware to improve image quality for better target acquisition, and now 360Hz refresh rates for rapid reaction time. While e-sports pros previously accepted frame tearing on their display to avoid waiting for the next frame to update, with G-SYNC’s 360Hz and VRR technologies, frames now refresh in less than 3ms, so e-sports pros can get both tear-free frames and incredibly low latency.“

While this sounds quite impressive on paper, the real-world limitations of the human eye’s ability to perceive will define whether the ASUS ROG Swift 360 gets defined as a “good” purchase, or otherwise. ASUS has further stated that it restrained the size of the display to 24.5 inches since it considers that this is the ideal display size to cover the entire field of view of a gamer. There is no word yet regarding the official pricing of the ASUS ROG Swift 360, but given that this is a flagship product, expect a considerably hefty price tag to go with the new technology. NVIDIA has stated that the ASUS ROG Swift 360 will be available for purchase later this year, without any mention of a specific date.