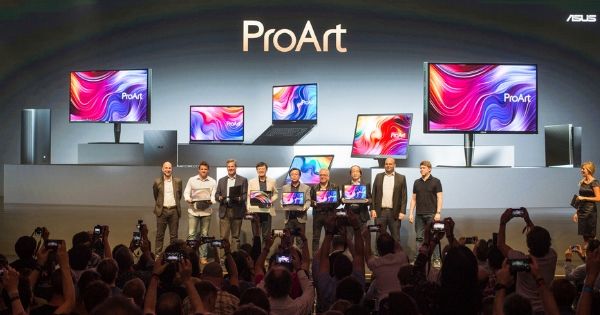 Apart from launching the ROG Phone 2 Ultimate Edition, ASUS also announced a bunch of new products in the ProArt notebook and desktop range. The ProArt range of laptops, display, and desktop, is aimed at content creators. The company has taken wraps off the ASUS ProArt StudioBook One, which is the most powerful in the range. It also announced the ProArt StudioBook Pro X, the ProArt Station, a ProArt Display, the ASUSPRO B9 business laptop, and announced the pricing and availability for the already announced Zenbook Pro Duo and Zenbook Duo.

The ProArt StudioBook One is the most powerful StudioBook laptops ever. It comes with a 15.6-inch display with 4K resolution that is PANTONE Validated and has a 120Hz refresh rate. The laptop has slim bezels all around and offers an 84 percent screen to body ratio. It carries the RTX Studio badge and is the first laptop to be powered by the new Nvidia Quadro RTX 6000 GPU with 24GB GDDR6 VRAM. The laptop also comes with up to 9th generation Intel Core i9 processors. To keep everything running optimally, the StudioBook One also has a new cooling system that keeps things cool with maximum airflow.

Next in the ProArt series, is the new StudioBook Pro X, which comes with a 17-inch 16:10 WUXGA display with slim bezels. ASUS has managed to cram a 17-inch screen into a shell of a 15-inch laptop. The Pro X also features ASUS ScreenPad 2.0, which replaces the touchpad with a touchscreen that can help users multitask and be more productive. The laptop can be configured with up to 9th generation Intel Core i7 or Intel Xeon processors. As for the graphics, the Pro X comes with the Nvidia Quadro RTX 5000 GPU with 16GB VRAM.
You can configure the Pro X with up to 128GB DDR4 RAM, and 6TB storage. It also comes with a fingerprint scanner, audio by Harman Kardon, backlit keyboard, and a 95Wh 6-cell battery. The display has a 1920×1200 resolution and offers 92 percent screen to body ratio. 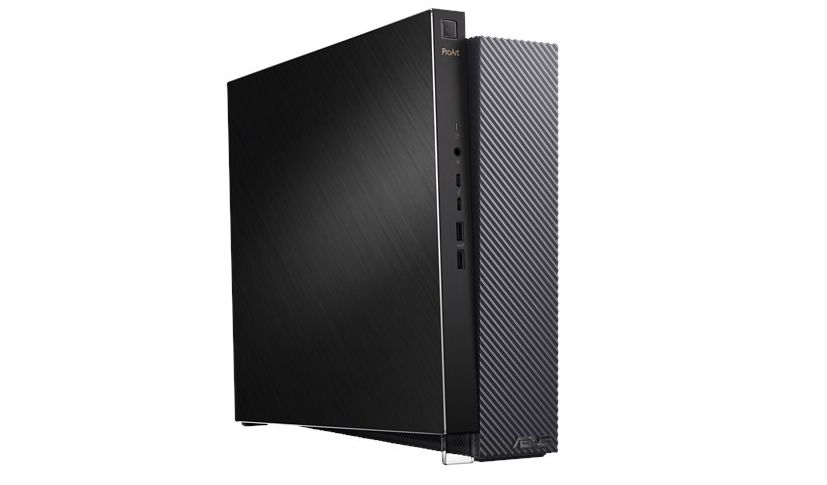 Alongside the new ProArt StudioBooks, ASUS also announced a new workstation desktop. The ProArt Station D940MX features the 9th Generation Intel Core i9 processor, up to 64GB DDR4 RAM, and an Nvidia Quadro RTX 4000 or GeForce RTX 2080 Ti GPU. The desktop comes with dual storage features a 512GB PCIe SSD and a 1TB hard drive. It also gets two Thunderbolt 3 ports on the front and a hybrid thermal system for heat dissipation. There are plenty of fans, a 2D vapor cooling chamber, and an auxiliary fan for the hard drive, which reduces internal temperatures by up to 6.8 degree Celsius.

The ASUS ProArt Display is meant for professionals and it offers a 32-inch 4K panel with 120Hz refresh rate. It is also the world’s first panel to feature HDR 1600 and also supports several HDR formats such as HDR10, HLG, Dolby Vision, and Quantom-dot technology. The monitor also comes with dual 3W stereo speakers and offers connectivity ports such as Thunderbolt 3, DisplayPort, and HDMI.

ASUS also launched the new ASUSPRO B9 business oriented laptop with the ProArt line-up. This is a lightweight 14-inch laptop that only weighs 880 grams. It can be configured with the latest 10th generation Intel Core processors, up to 1TB PCIe SSD storage, and comes with the latest Intel Wi-Fi 6 and Thunderbolt 3. This is a compact laptop and ASUS has managed to fit a 14-inch screen in a 13-inch shell. It offers 94 percent screen-to-body ratio and is 14.9mm thin. The laptop has been claimed to provide long battery life, which is great for travellers. It even gets a Trusted Platform Module 2.0 chip and an IR camera for secure login.

Alongside all the new launches, ASUS also unveiled the pricing and availability of the Zenbook Pro Duo and the Zenbook Duo laptops that were launched in May this year. The former starts at EUR 2,999 and is available for purchase starting today, whereas the latter will start from EUR 1,699 and will be available next month.