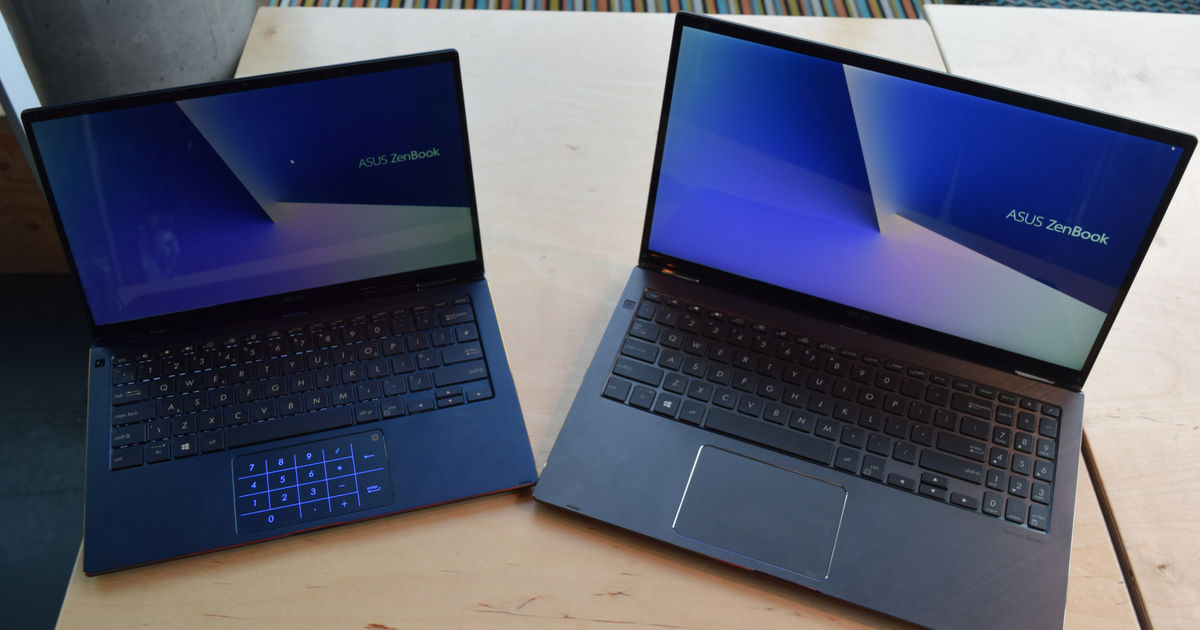 Taiwanese giant ASUS has been on a launch spree this year when it comes to laptops. From launching gaming-centric offerings in its ROG, Strix and Scar series, to introducing innovative ZenBook Pro (first impressions) laptops, to releasing affordable options in the VivoBook series, and showcasing its Precog concept (in pictures). But that’s not all. The brand took to the stage at IFA to launch updated iterations of its successful ZenBook series, alongside the ZenBook Flip range. While I’ve already given you a closer look at the new ZenBook 13, 14 and 15, now it’s time to turn our attention towards the ASUS ZenBook Flip 13 and 15. 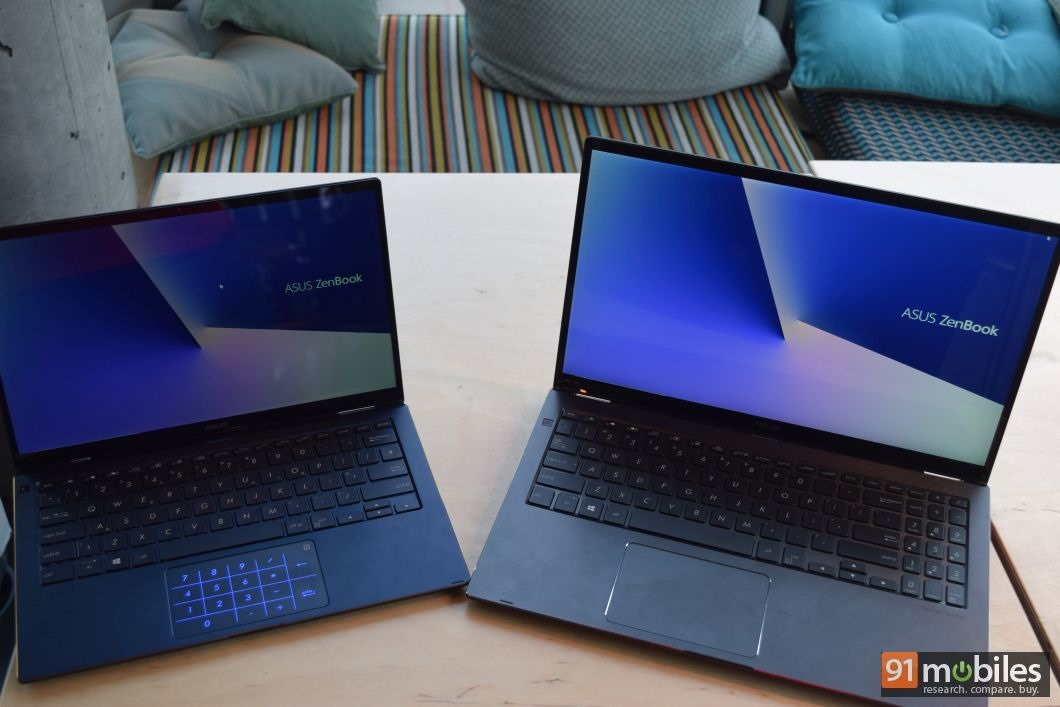 Both the laptops can rotate 360-degrees and support various forms, including laptop, tablet, flat and tent mode. That said, while the 13-inch form factor is suited for a convertible form factor, using the 15-inch laptop as a tablet is slightly odd considering its weight and size, at least for me.

Starting with the ZenBook Flip 13, the laptop isn’t very different from the ZenBook 13 and 14, except for the fact that this one can be used as a convertible. The device has an impressive screen-to-body ratio, thanks to NanoEdge display (though the bezels aren’t as slim as the ZenBook 13), and the touchpad area doubles up as a capacitive numpad too. What I really liked about the machine however, is its hinge, which seems solid and is a key element for ensuring that the Flip 13 can support various convertible modes. The hardware under the hood is also similar – Intel’s 8265U CPU paired with 8GB of RAM. For storage, there’s a 500GB hard disk.

What I didn’t like however, is the keyboard. Unlike the ZenBook series, the Flip range has rubberised keys. So even though there’s enough travel, the feedback isn’t as good. Though after spending some time with the laptop, you can start typing comfortably. 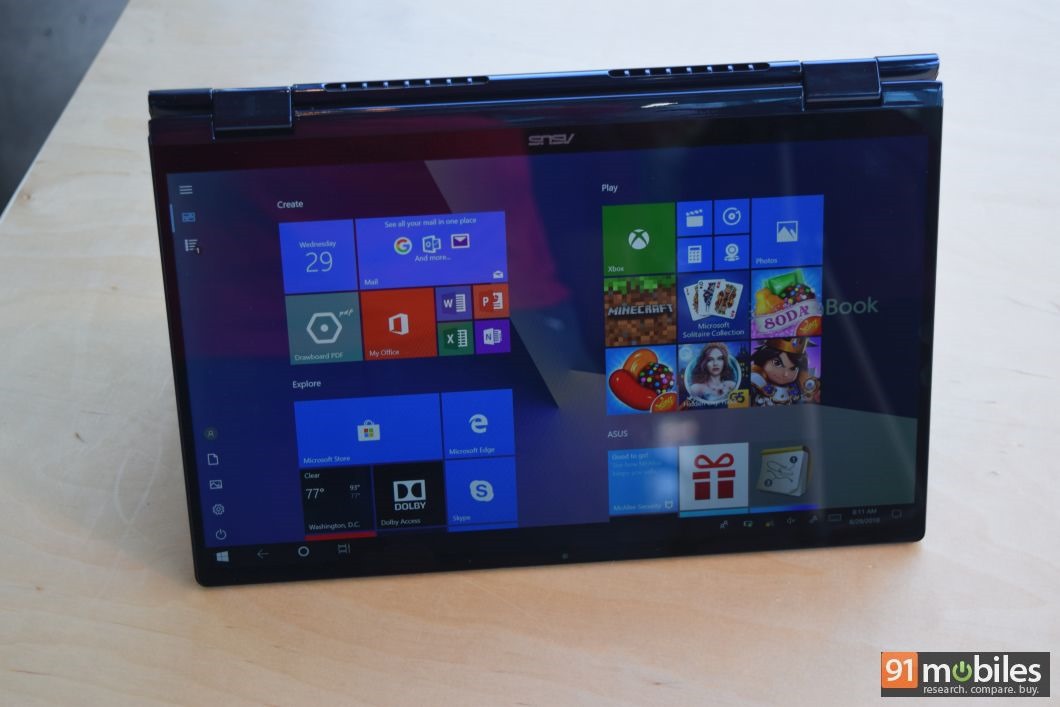 In contrast, the ASUS ZenBook Flip 15 is a loaded laptop. Just like its counterpart, the ZenBook 15, it ships with Intel’s 8th-gen Core i7 processor, which works alongside 16GB of RAM. Supplementing the chip further is NVIDIA’s GeForce GTX1050 Max-Q GPU, and I’ve no doubts that this laptop will be able to run intensive tasks and games without breaking a sweat. Since the device has a dedicated number pad, the touchpad doesn’t offer the number pad functionality.

The ZenBook Flip 15 is aimed at creative professionals and for that reason, its display bears a 4K resolution. The screen is also colour calibrated to offer accurate hues, a feature that’s a must for graphic designers.

One interesting thing that you’ll notice with both the ASUS ZenBook Flip 13 and 15 is that they sport two web cameras. One is at the usual spot of above the display, while the other can be found beside the keyboard towards the left. The idea is that you could use the webcam even when you’re using the laptop in a different mode, since it can be rotated 360-degrees. The devices also support the IR-based facial unlock feature, which is said to work in a jiffy. Unfortunately, we weren’t able to put it to test. 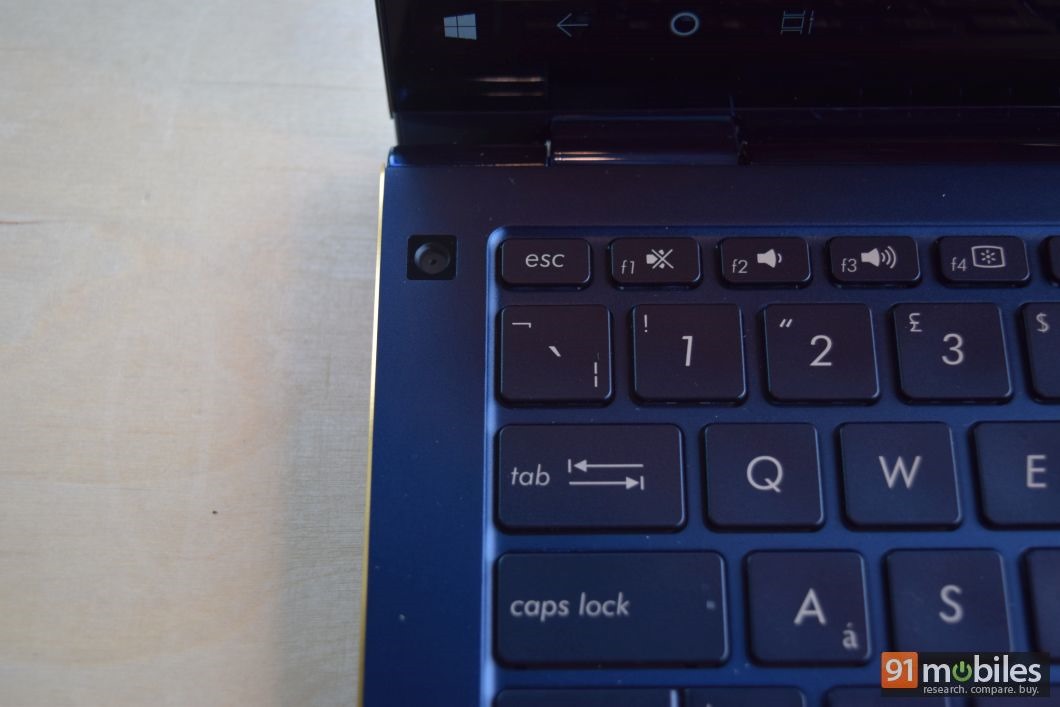 In terms of software, both laptops run Windows 10 Pro. There are a number of apps preloaded into the OS, such as Candy Crush Saga, McAfee Security, ASUS Giftbox, etc.

The ASUS ZenBook Flip 13 and 15 are certainly power-packed offerings, however it remains to be seen if and when they’ll be launched in India. We’ll be bringing you all the action straight from IFA, so stay tuned to 91mobiles.