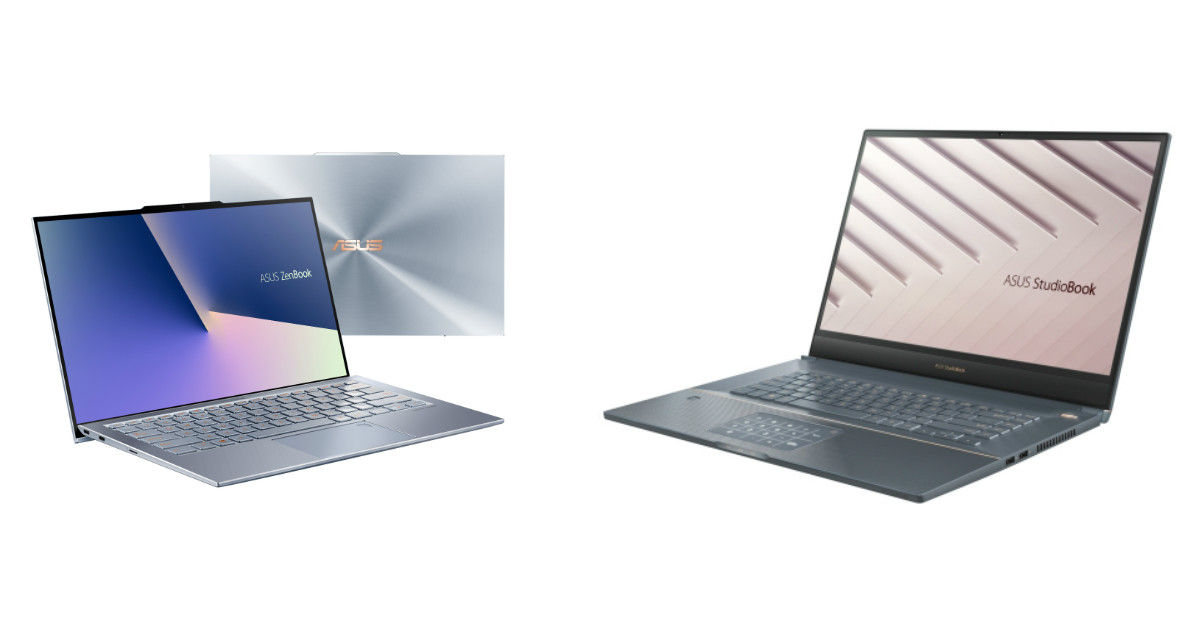 ASUS has taken the wraps off its latest lineup of laptops at the ongoing CES 2019 mega expo in Las Vegas. The highlight of this year’s headline-making launches include the ZenBook S13 and the StudioBook S. While we have gotten used to seeing laptops launch with uber-thin bezels and steadily slimmer bodies, what makes these two stand out are how well they seem to do what they claim to.

To begin with, the ASUS ZenBook S13 continues the ZenBook S’ tradition of offering an ultra-thin body targeted at the business segment. However, it takes it one step further, by also managing to pack in things such as an Intel Core i7 processor, a dedicated GPU, and a 13.9-inch display that is flanked by ‘NanoEdge’ bezels as thin as 2.5mm. ASUS claims that this is the world’s slimmest set of bezels on a laptop and we can’t see why that wouldn’t be true. The compact footprint laptop fits in a 13.9-inch full-HD display with claimed 97 percent screen-to-body ratio as well as a hub-like protrusion above it that houses the camera and functions as an opening lid for the laptop. The CNC-milled aluminium chassis measures just 12.9mm in thickness, and weighs in at just 1.1kg — and it even manages to include a full-size USB-A 3.1 Gen 2 port. 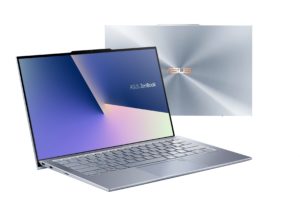 Other specifications of the ZenBook S include 8th generation Intel processors — Core i5-8265u or Core i7-8565u, along with up to 16GB LPDDR3 memory, choice of 256GB/512GB/1TB PCIe SSD, and even a dedicated GeForce MX150 GPU. It certainly won’t be a gaming beast by any means, but when called upon heavier tasks, its slim pretensions won’t hang in the way. ASUS also claims that the ZenBook S13 meets MIL-STD 810G durability requirements, although we’re not sure if device as svelte as this would be put through torturous conditions by anyone.

The StudioBook S, meanwhile, packs in a 17-inch, full-HD+, 16:10 display that is Pantone-certified and covers 97 percent of the DCI-P3 colour gamut. In simpler words, it is a stickler for colour accuracy. Processor options range between the Core i7-8750H and the Xeon E-2716M, both hexa-core workstation beasts. You can configure the StudioBook S with up to 64GB of DDR4 RAM and a staggering 4TB of NVMe SSD storage (the resultant configuration is certain to bear a dizzying price tag). This also comes with NVIDIA’s Quadro P3200 GPU, making it a complete workstation offering. Despite all this, the StudioBook S measures only 18.4mm in thickness and weighs only 2.4kg. The trackpad also doubles up as a digital number pad, which makes it rather nifty in the overall scheme of things. 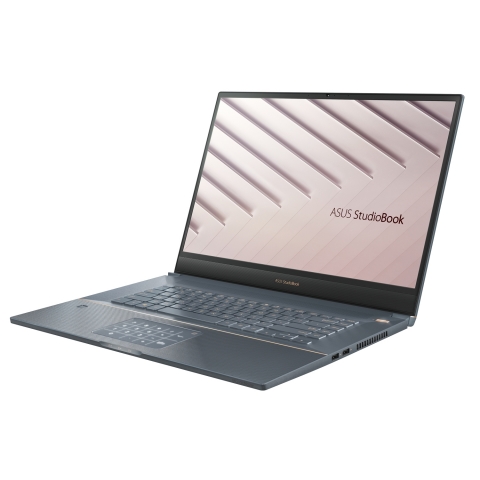 ASUS has not announced prices for the ZenBook S13 and the StudioBook S, although we do expect them to be rather pricey. There is also a new ZenBook 14, which will feature a 14-inch full-HD display, and start from Core i3-8145u processors, 4GB RAM, and 256GB SSDs, which should be the one for you if you’re on a rather stringent budget. Nevertheless, the flagship launches are sure to be excellent computing machines, going by the specifications, and perfectly suit the consumers that they are aimed at.