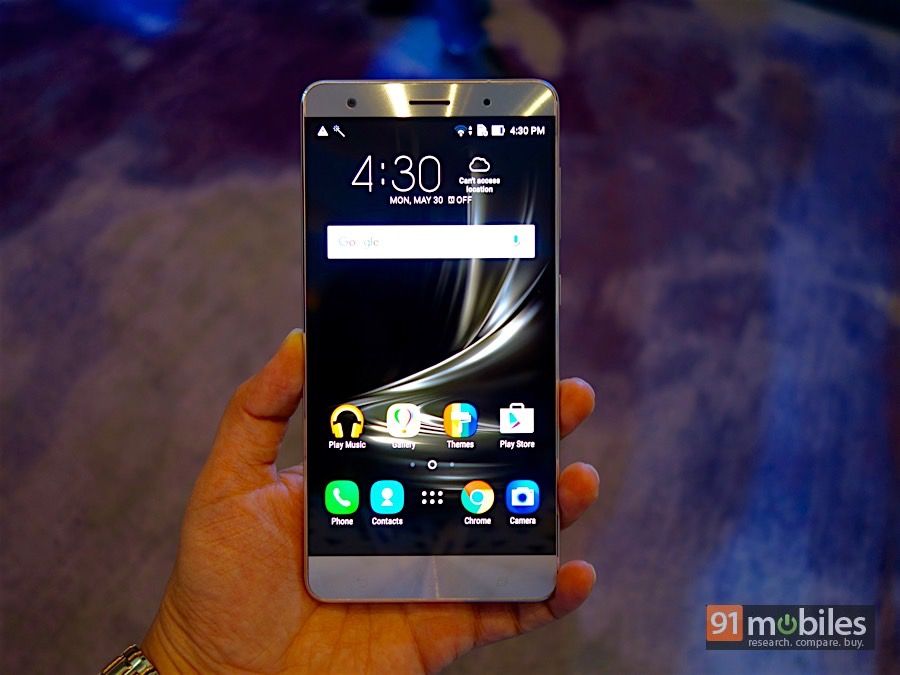 “The ZenFone 3 Deluxe is ASUS’ most premium smartphone yet. We go hands on”

At ASUS’s pre-Computex Zenvolution event in Taipei, the brand unveiled its next generation of Zenfone 3 smartphones. Like last year, there are multiple variants of the Zenfone 3 on offer, but this time they’re broadly divided into three main devices– the ZenFone 3, ZenFone 3 Deluxe and ZenFone 3 Ultra. The most premium of the trio is the ZenFone 3 Deluxe, and it’s the one you’re going to want if you want a powerful, yet affordable flagship. Unlike the ZenFone 2 Deluxe, which sported a plasticky finish that wasn’t the most attractive, the ZenFone 3 Deluxe is the epitome of class. It sports a full aluminium unibody design, and is equipped by the top-of-the-line Snapdragon 820 chipset. We were present at the launch event in Taipei, and here’s our first impressions.

ASUS is calling the ZenFone 3 Deluxe the first all-metal unibody smartphone with an invisible antenna design, and to be honest, this is one of the reasons the device looks so premium. The only evidence of the antenna lines is in the tiny markings on the chamfered edges. You won’t find them anywhere else – not on the back or the sides. The smartphone features a tapered design, which is thicker at the centre and tapers to 4.2mm on the edges. The front features very thin bezels on the sides, and the ones at the top and bottom sport ASUS’ traditional concentric circle finish. The ZenFone 2 Deluxe is dominated by a 5.7-inch Super AMOLED display which features full HD resolution and Gorilla Glass 3 protection. The display offers rich colours and deep blacks, and offers good viewing angles too. 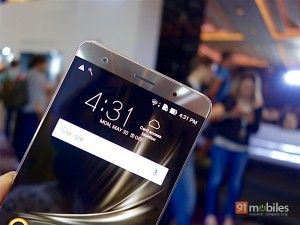 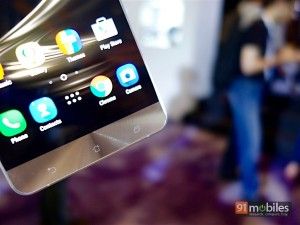 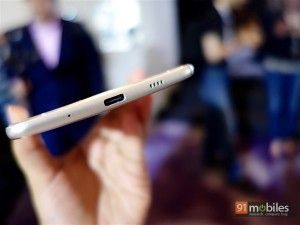 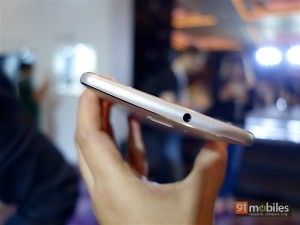 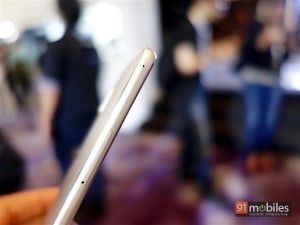 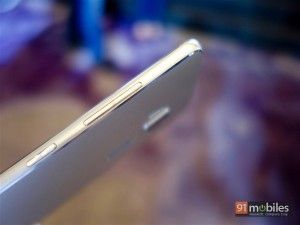 Above the screen you’ll find the front 8MP camera, earpiece, sensors and notification LED, while below you’ll find a row of capacitive Android navigation keys which are backlit. The right spine is home to the volume rocker and power button, while the left holds an ejectable tray that accepts two SIM card, with one of them functioning as a hybrid SIM card, allowing you to insert a microSD card if you need to. The bottom edge features a USB Type-C port, flanked by a loudspeaker grill and primary microphone. The top edge houses the 3.5mm audio jack. 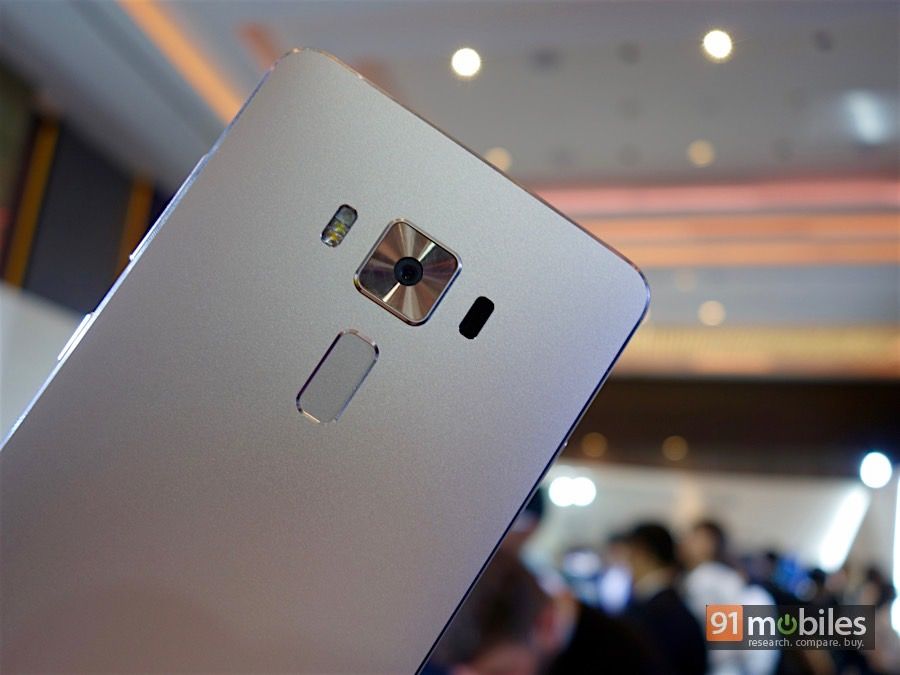 The rear panel sports a large, square primary camera in at top-centre, with a dual-LED flash on one side and a laser autofocus sensor on the other. A vertical rectangular fingerprint sensor sits just below. Speaking of the primary camera, it’s a 23MP unit which uses ASUS’ TriTech autofocus system, using a combination of Phase detection autofocus, second-gen Laser Autofocus and Continuous autofocus for speeds ASUS estimates at 0.03 seconds. The camera also uses a Sony IMX 318 sensor with OIS, and supports 4K video recording. A special camera mode called Super Resolution lets you capture images up to 92MP in size by combining multiple images together. 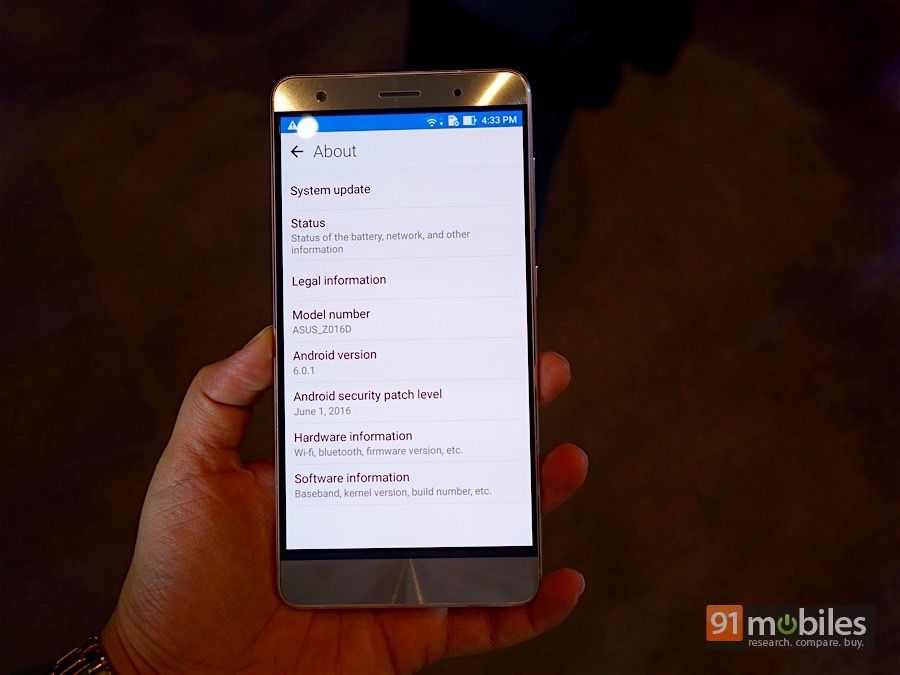 The ZenFone 3 Deluxe runs Android 6.0.1 Marshmallow with the latest ZenUI 3.0 on top. Unlike previous generations of ZenUI, version 3.0 is much lighter and more minimalist, which users will appreciate. The Snapdragon 820 chipset that powers the device is clubbed with up to 6GB of RAM and up to 256GB of storage. There’s a 3,000mAh battery on board, which supports Qualcomm’s Quick Charge 3.0 tech. 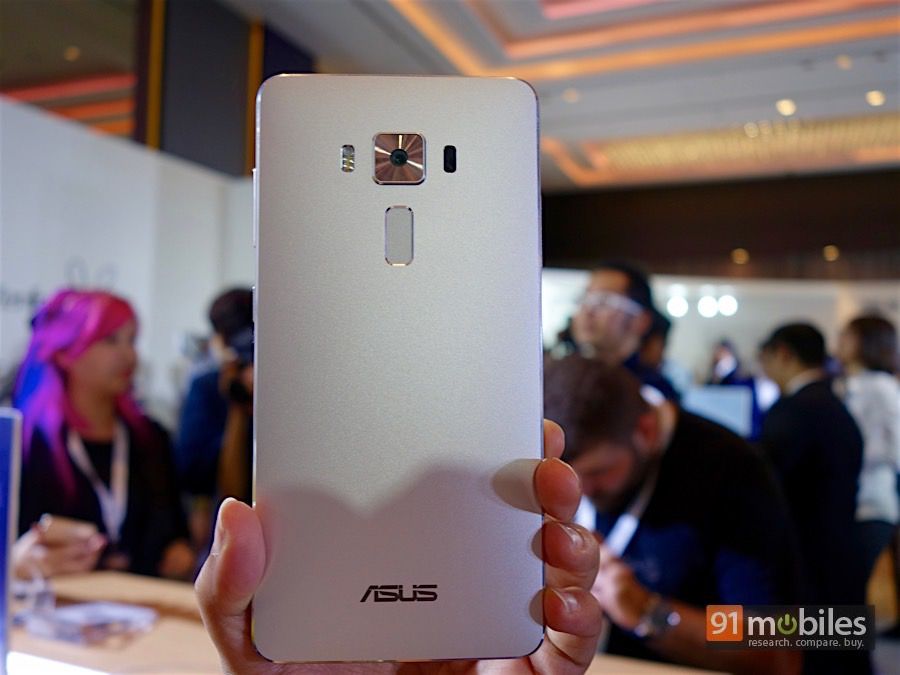 The ASUS ZenFone 3 Deluxe is available in three colours – Titanium Gray, Glacial Silver and Sand Gold. The smartphone has a starting price tag of $499 (~33,530) for the 6GB/64GB option. ASUS hasn’t announced the prices of the other variants of the device, but it is expected to be launched in India soon. We’ll keep you posted on pricing and availbility details for India as soon as they’re out.

Samsung Galaxy Note7 vs ASUS ZenFone 3 Deluxe: who will rule the phablet arena?

Top smartphones expected to launch in India in August 2016