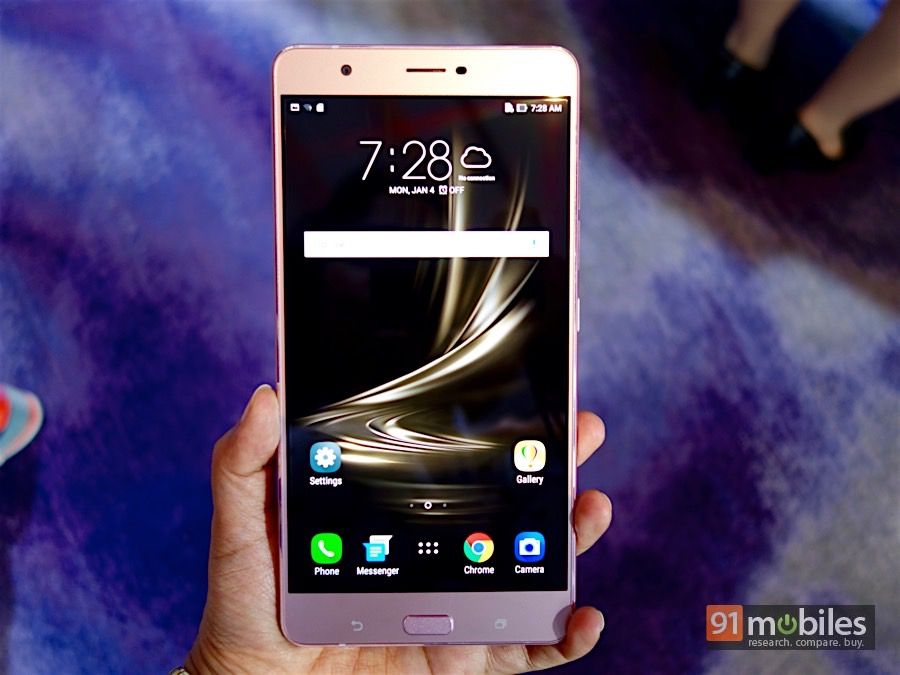 “The ASUS ZenFone 3 Ultra is as big as a smartphone can get. We went hands on”

How big is too big? When it comes to smartphones, there’s no one answer. It wasn’t too long ago that the idea of people using a 7-inch voice-calling tablet as a smartphone seemed ridiculous. Now, smartphones themselves are expanding in size, with the result that the newly-announced Xiaomi Mi Max with its 6.44-inch display received over 16 million pre-registrations in China. ASUS isn’t one to be left behind, which is why the brand announced the ZenFone 3 Ultra alongside the ZenFone 3 (first impressions) and ZenFone 3 Deluxe (first impressions) at its pre-Computex event in Taipei. The smartphone pushes the smartphone size limit to its boundaries with its huge 6.8-inch display. But the large size doesn’t mean the device compromises on other aspects, with the ZenFone 3 Ultra packing in some neat features under the hood. We got a chance to check out the mammoth phone at Taipei, and here’s our two-cents.

In terms of design, the ZenFone 3 Ultra takes its cues from the ZenFone 3 Deluxe. It sports an all-metal build, which like the Deluxe, is devoid of unsightly antenna lines. With a thickness of 6.8mm, the Ultra is the thinnest of the three ZenFones, and its screen-to-body ratio of 79 percent makes it pretty compact for its screen size. The display features full HD resolution and comes with Gorilla Glass 4 protection. 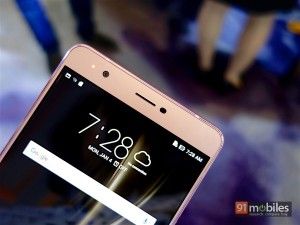 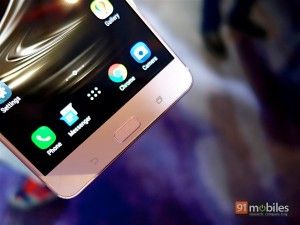 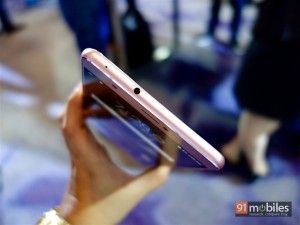 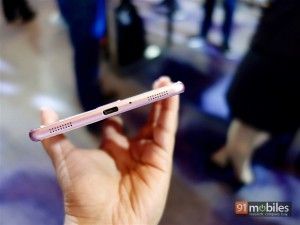 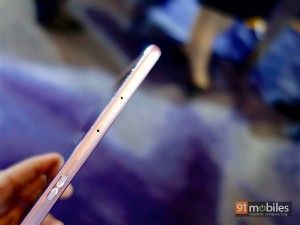 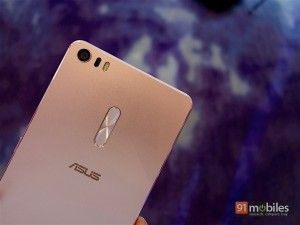 Above the screen you’ll find the earpiece, front 8MP camera, sensors and notification LED, while below you’ll the Android navigation keys. Unlike the ZenFone 3 and ZenFone 3 Deluxe, the Ultra sports a fingerprint sensor within the home button on the front. The two Android keys on either side are capacitive, but aren’t backlit. The right spine sports two ejectable trays, with the first accepting a micro-SIM card, and the second a nano-SIM or microSD card. A power button is also located on the right. The left side is bare, and the bottom is home to the USB Type-C port, primary microphone and stereo speakers. The top features the 3.5mm audio jack and secondary microphone. If you’re wondering where the volume rocker is placed, it’s at the back, LG-style. You’ll also find the primary 23MP camera (the same unit found on the ZenFone 3 Deluxe), alongside the additional camera sensors and dual-LED flash. ASUS and ZenFone branding completes the setup at the rear.

Speaking of the ZenFone 3 Ultra’s special features, it supports DisplayPort over USB Type-C, allowing you to connect the device to an external display. It also offers high-res audio through its stereo speakers, and allows you to experience 7.1 surround sound when using DTS Headphones. Additionally, the smartphone features a large 4,600mAh battery which comes with support for Qualcomm’s QuickCharge 3.0 tech. You can also use the smartphone to charge other devices via USB OTG. Even though the ZenFone 3 Ultra is a mid-range smartphone, ASUS has equipped it with the same 23MP rear camera and 8MP front camera as the flagship ZenFone 3 Deluxe. The primary camera uses a Sony IMX 318 sensor, and offers four-axis OIS, 4K video recording and an RGB sensor. It’s equipped with TriFocus tech as well, which uses a combination of phase detection autofocus, second-gen laser autofocus and continuous autofocus for 0.03 second focus speeds. 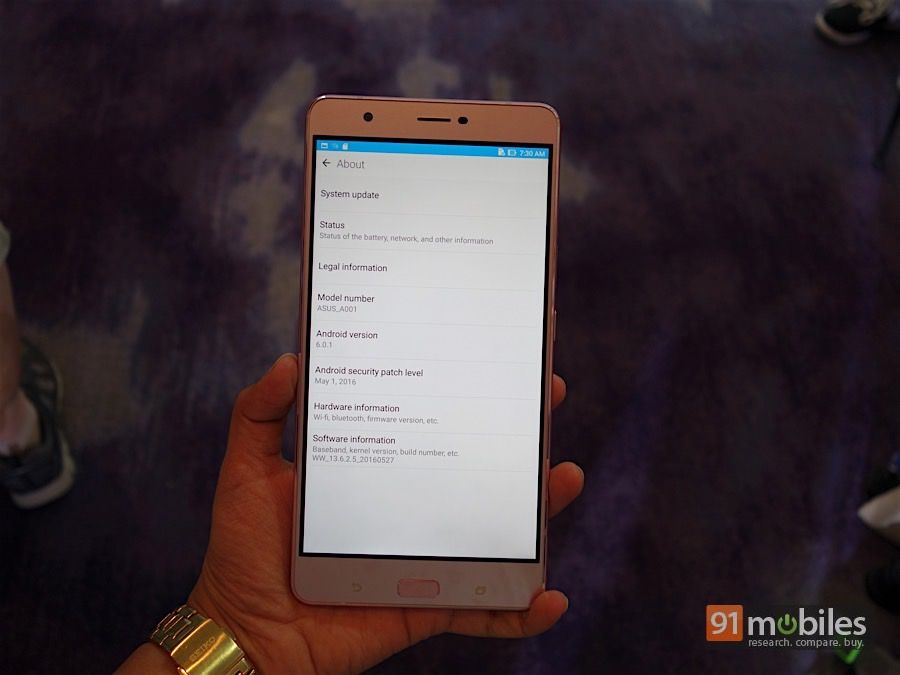 Powering the ZenFone 3 Ultra is a quad-core Snapdragon 652 chipset clocked at 1.8GHz, paired with up to 4GB of RAM and 128GB of storage. The smartphone runs Android 6.0 Marshmallow with ZenUI 3.0 on top. In terms of connectivity, you get dual-band Wi-Fi 802.11ac, Wi-Fi Direct, Cat 6 LTE, Bluetooth 4.2, USB Type C (with support for HDMI DisplayPort) and A-GPS. 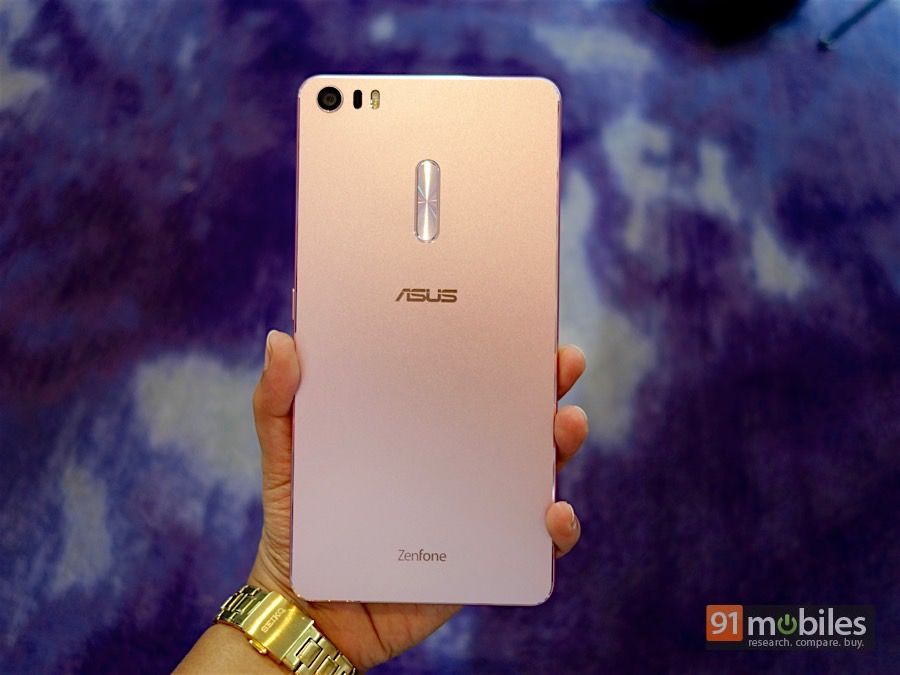 The ZenFone 3 Ultra will be available in three colour options – Titanium Gray, Glacial Silver and Rose Pink. The device will go on sale for a starting price of $479 (~Rs 33,250). At that price, the ZenFone Ultra will be a niche product, and could be a tough sell if Xiaomi decides to launch the Mi Max in India, which is priced at around Rs 20,440 for the top-end 4GB RAM/128GB ROM variant.
ShareTweetShare