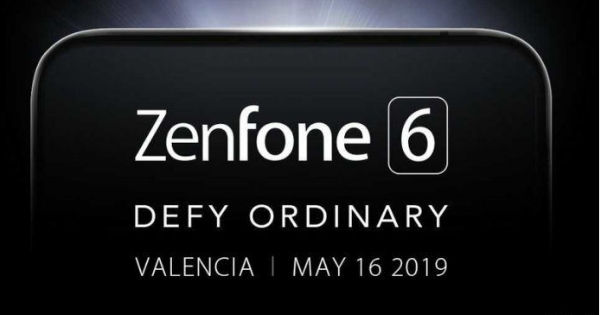 “ASUS is set to launch the ZenFone 6 series of smartphones in Valencia, Spain on May 16th”

ASUS had teased the launch of the ZenFone 6 in a promotional material handed out along with the press passes at MWC 2019. Since then, leaks and rumours surrounding the ZenFone 6 smartphone have been making their way online. We have seen the alleged image of the smartphone, Wi-Fi certification, and now an alleged Geekbench listing. An upcoming ASUS smartphone with model number I01WD has been spotted on the popular benchmarking platform, with the specifications suggesting it could be the top-end ZenFone 6Z model. 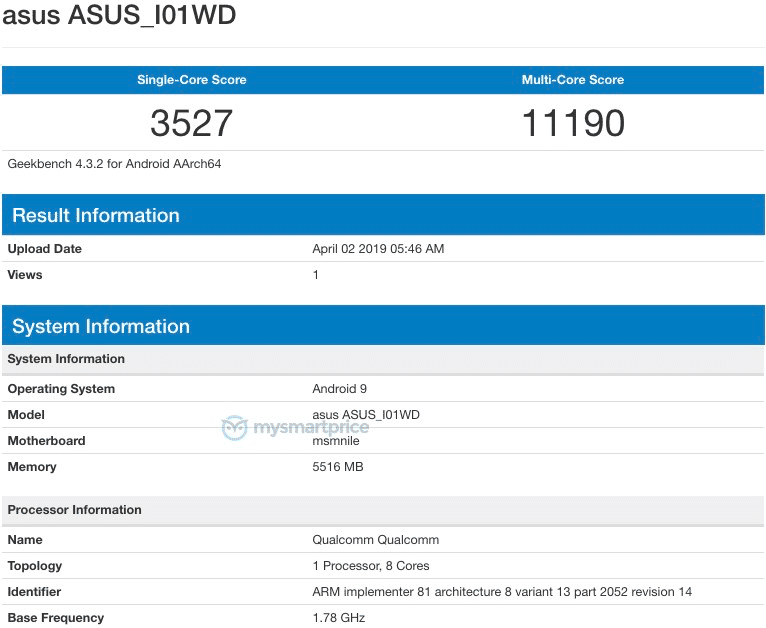 Notably, this is the same model number that was spotted on the Wi-Fi alliance website as well. The Geekbench listing of the smartphone reveals that the flagship model will be powered by the latest Qualcomm Snapdragon 855 SoC. The processor will be further backed by 6GB of RAM, however, it’s possible that this is just one of the variants in the offing. The smartphone has been spotted with Android 9.0 Pie, which corroborates with the Wi-Fi certification. As for the benchmarking, the ZenFone 6 (or ZenFone 6Z considering the flagship process) scored 3,527 points in single-core test and 11,190 in the multi-core test. These figures are neck to neck with other flagships phones, which comes powered by Qualcomm’s latest.

While not much is known about the upcoming smartphone, the ad in the magazine advertisement back in February gave us a hint as to what the smartphone might look like. The full page ad of the smartphone showed the silhouette of the phone with a full-screen display and extremely narrow bezels. This had led to the speculations that the ZenFone 6Z might feature a sliding design or an elevating selfie camera. However, previous renders had suggested that the phone might have a display piercing for a single selfie camera in the top left corner of the display. This seems to be the most probable design for the upcoming smartphone.

We will know more about the ASUS ZenFone 6 series next month when it goes official, so stay tuned.