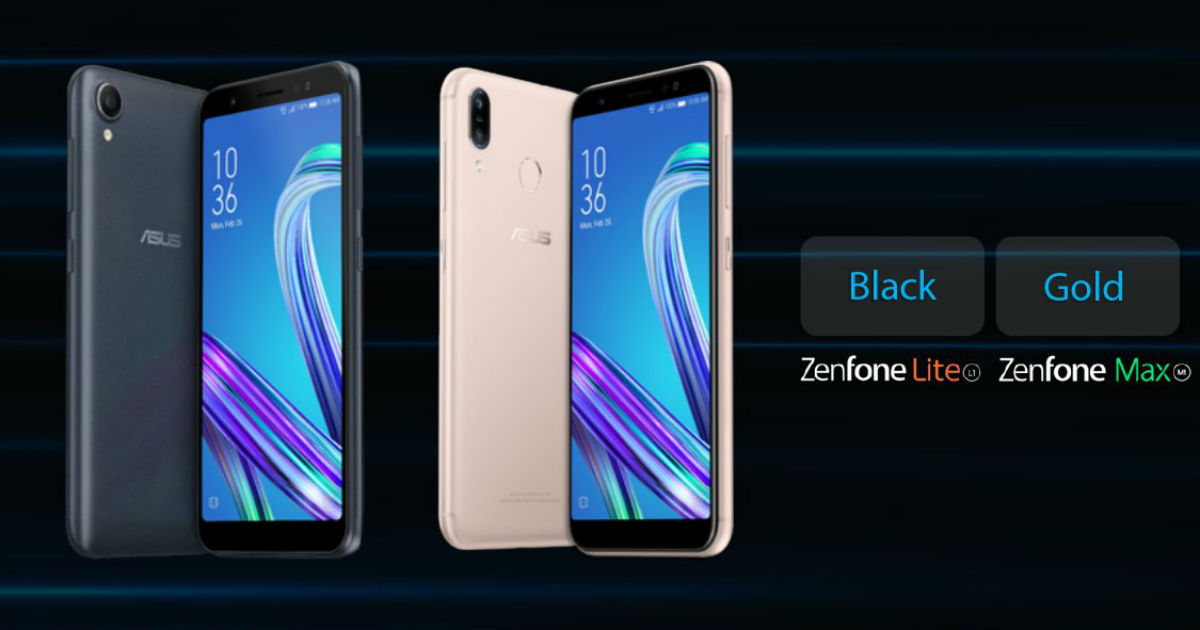 ASUS has added two new smartphones to its portfolio in India with the launch of the ZenFone Lite (L1) and ZenFone Max (M1). While the latter had been unveiled previously, the former has been announced for the first time globally. Both the new devices from the manufacturer are budget offerings with dedicated LED flash units for the front camera and the taller displays with aspect ratios of 18:9. While the ZenFone Lite (L1) relies on face unlock functionality for security, the ZenFone Max (M1) is loaded with a rear-mounted fingerprint sensor to back up the face unlock function.

The ZenFone Lite (L1) price in India has been set at Rs 5,999, while the ZenFone Max (M1) will set buyers back by Rs 7,499. The two models will come in Black and Gold colour options. Both will be available exclusively on Flipkart and will go on sale during the e-commerce giant’s upcoming Festive Dhamaka Days sale. Launch offers for the new smartphones include Rs 2,200 cashback and 50GB additional data for Jio users and mobile protection from Flipkart at Rs 99. Both the smartphones will come with 100GB free Google Drive access.

Talking about the ASUS ZenFone Lite (L1) first, the entry-level offering sports a metallic finish, tips the scale at 140 grams, and measures 8.15mm around the waistline. The smartphone is packed with a 5.45-inch HD+ IPS display with a 2D glass on top. Powering the handset is an octa-core Qualcomm Snapdragon 430 processor, aided by 2GB of RAM. The storage capacity on board is 16GB, which can be further increased by inserting a microSD card. 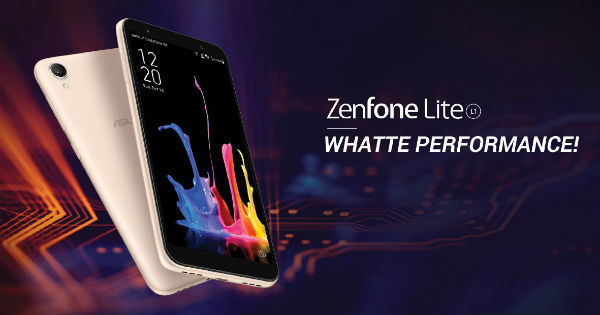 In the imaging department, the ASUS ZenFone Lite (L1) offers a 13-megapixel primary shooter at the rear with a 4P lens, f/2.0 aperture, PDAF, and an LED flash unit. For selfies, there’s a 5-megapixel shooter with a 3P lens, f/2.2 aperture, and a dedicated LED flash unit for brighter self-portraits. The connectivity features include 4G LTE, dual-SIM slots, Wi-Fi, Bluetooth, and GPS. Software-wise, the handset boots Android 8.0 Oreo with Zen UI 5.0 on top. A 3,000mAh battery keeps the whole package running.

Moving on to the ASUS ZenFone Max (M1), the smartphone gets a premium metallic finish, a 2.5D glass on top, and an 8.7mm waistline. The smartphone has the same 5.45-inch HD+ display as its sibling, but with 2.5D curved glass design. It is also powered by the octa-core Snapdragon 430 SoC, with 3GB of RAM. There is 32GB of internal storage with expansion support up to 256GB. The phone offers a rear-mounted fingerprint scanner, which is capable of unlocking the device in 0.3 seconds. The device also gets face unlock functionality. 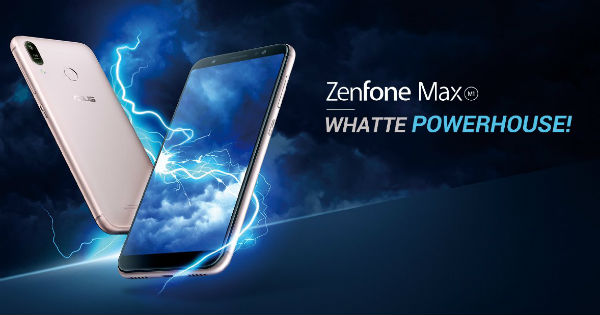 This one is packed with 3GB of RAM, 32GB of storage, and an 8MP front shooter with f/2.2 aperture and an LED flash unit. The handset is loaded with a bigger 4,000mAh battery with a 10W charger; the company claims it can be used to charge other devices as well thanks to reverse charging. The device’s display, software, and rear camera features are the same as the ZenFone Lite (L1).

Both the smartphones run Android Ore-based ZenUI 5 and come with a Mobile Manager that includes PowerMaster battery modes, app auto-start manager, notification management, and controls over app permissions and security. The PowerMaster mode can extend battery life to twice the standard, the company claims; on the ZenFone Max M1, it also includes scan-suggested battery optimisations.

At the event, the company also announced it will be pushing an update to the ZenFone Max Pro M1 3GB and 4GB RAM variants to bring EIS for videos and improved camera and biometrics. The update has already been released for the 6GB RAM variant of the handset.