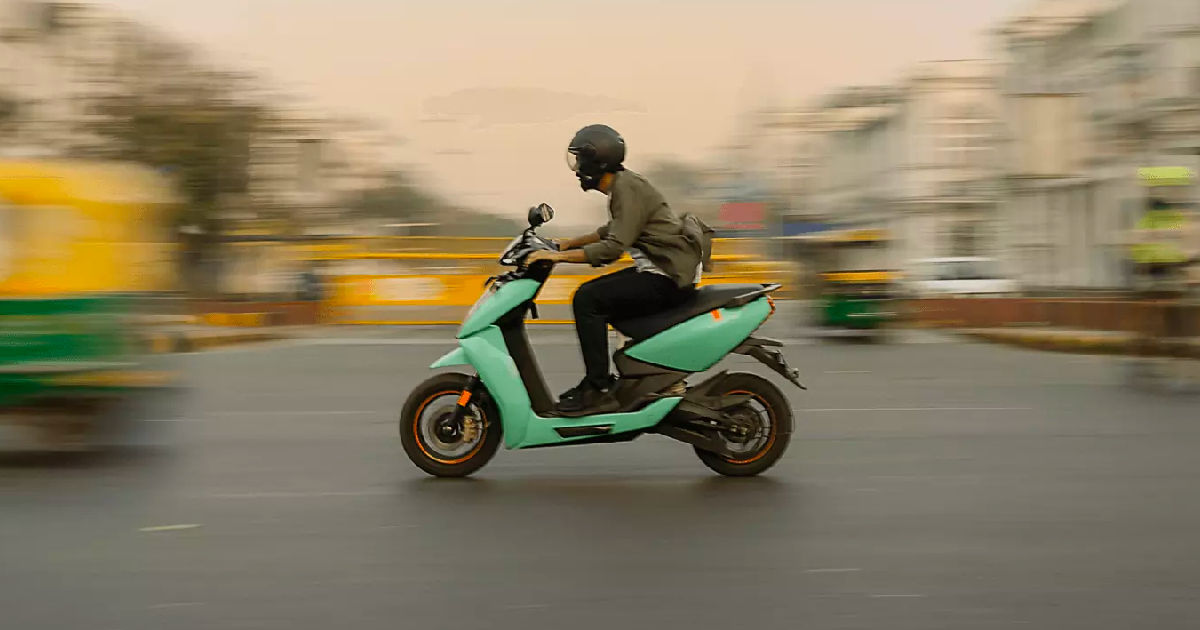 Ather Energy could be working on a next-generation Ather 450X premium electric scooter with more power and an altered chassis geometry. A new certification document has now surfaced that leaks some of the specifications of a new Ather electric scooter. Ather could bring this new model to the market and maintain its two model product line which comprises of a base ‘Plus’ and a higher spec ‘X’ model.

This comes shortly after the Bengaluru-based EV startup launched the Ather 450X Gen 3 e-scooter, a substantial upgrade over the Gen 2 model. 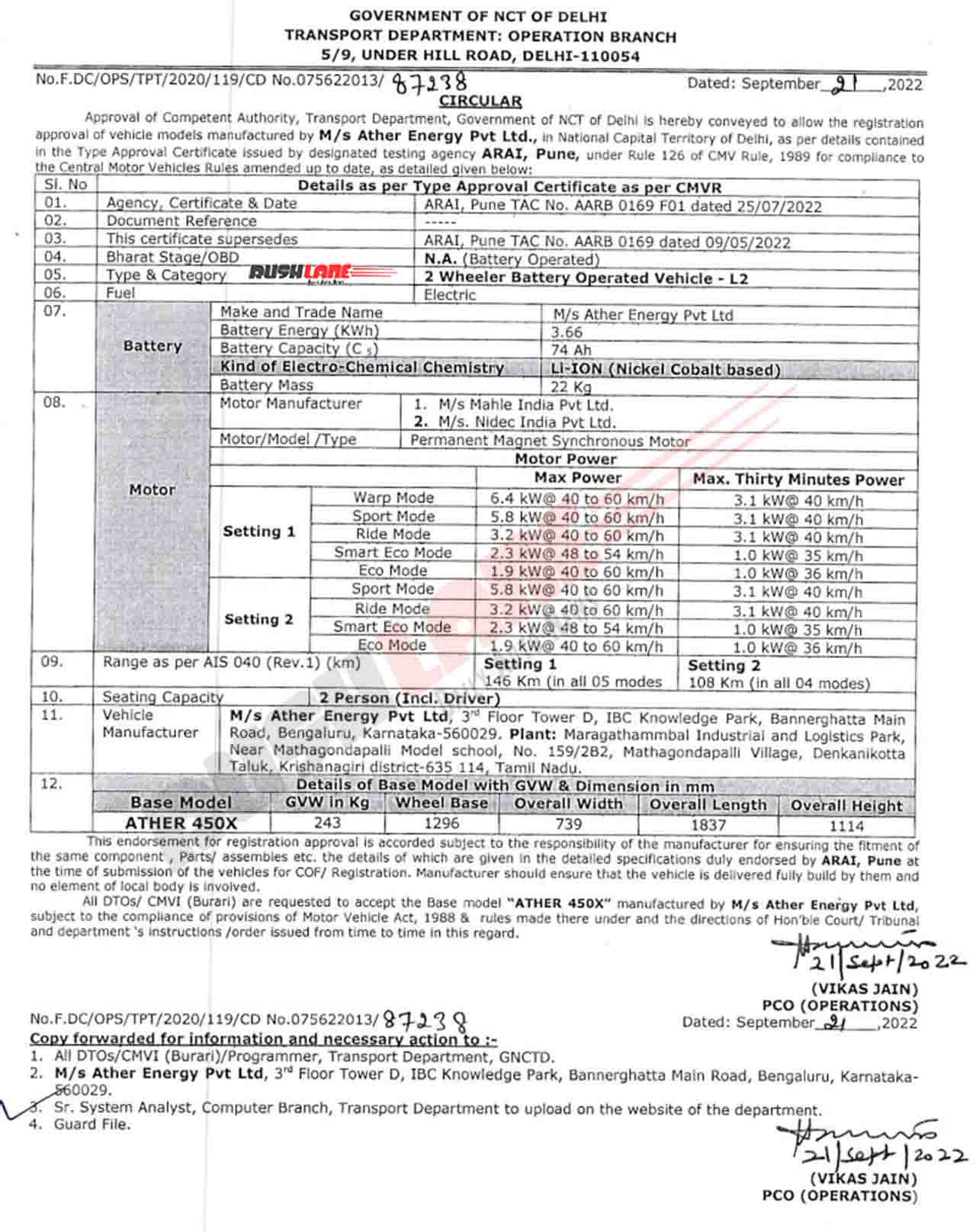 A new approval certificate shows changes to the battery pack, which has been rated for a capacity of 3.66kWh and has put on some weight, now standing at 22kg. The new battery pack is speculated to have a new cooling system and a sturdy enclosure, which has probably resulted in the increased weight.

The new Gen 4 model also developed a tad more power with a rating of 6.4kW in Warp Mode, up from the 6.2kW that the Gen 3 puts out currently in the same mode. Peak power outputs for the other available modes have been rated at 5.8 kW in Sport Mode, 3.2 kW in Ride Mode, 2.3 kW in Smart Eco Mode and 1.9 kW in Eco Mode. This has been categorised as ‘Setting 1’ and will likely be the ‘X’ model in the range.

There’s a ‘Setting 2’ which is equivalent to the ‘Plus’ lineup in Ather’s portfolio and misses out on the Warp Mode. On both the models, the continuous power output has been reduced to 3.1kW as compared to the 3.3kW output found on the outgoing models. The ‘Setting 1’ and ‘Setting 2’ have been certified with a range of 146km and 108km respectively.

Simple One electric scooter deliveries pushed to 2023 due to safety reasons; scooter launched in 2021

Ahead of the official unveiling, the document also shows changes in the vehicle’s chassis geometry and there are some overall dimension changes. These changes make the upcoming Gen 4 model more significant an upgrade as compared to Gen 3 which had negligible alterations in this respect. The Gen 4 model will be 5mm wider, 136mm lower and 1mm longer. Ather could also swap out the 12-inch rims in favours 10-inch ones.

Ather’s new Gen 4 e-scooters could launch soon and more details are going to surface in the future. It’s likely to compete with the newly launched Vida V1 Pro, Ola S1 Pro, Bajaj Chetak, TVS iQube amongst others. Currently, Ather Energy sells the Ather 450 Plus and the Ather 450X in India and the e-scooters are priced upwards of Rs 1.17 lakh and Rs 1.39 lakh (ex-showroom New Delhi after subsidies) respectively.