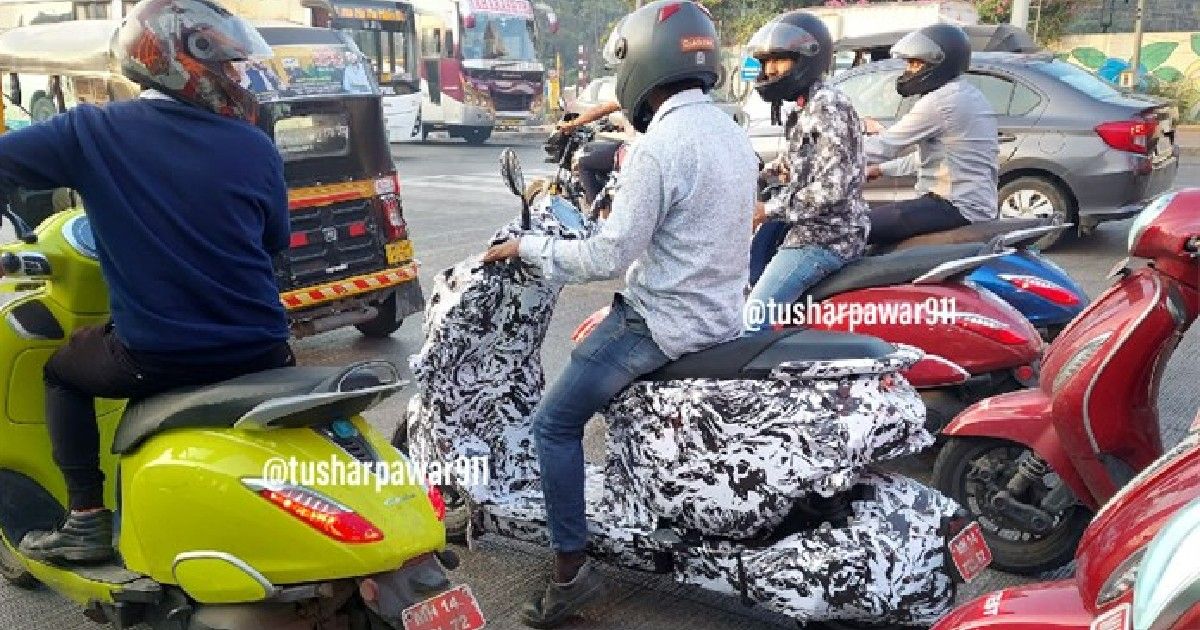 The spy image (via AutoCar) throws light on the left side of the scooter that shows details such as split style saddle, differently designed scooter handle, a distinct tyre hugger and a flat footrest as well. Also, things like rear suspension and tail section are entirely different when compared to the Chetak electric scooter, which was launched last year. Upon further looking, it strongly makes us believe that this is going to be an electric scooter, because of the presence of the hub-mounted motor at the lower rear end of the device, which is clearly visible in the spy image.

Bajaj Auto reintroduced the Chetak last year with a new EV model and the company did say at the time of the launch that they will introduce more models in the Bajaj lineup in association with KTM. The camouflaged electric scooter shown here is surrounded by the Bajaj Chetak and resembles the Husqvarna Vektorr concept scooter, which was showcased earlier this year. Husqvarna is part of the KTM Group and this could be Vektorr electric scooter only, which is now heading closer to production and is being used for test rides to test various mechanisms of the upcoming EV.

Though official details aren’t available at the moment, the new Bajaj e-scooter could come out to be a cheaper offering compared to the current Bajaj Chetak electric. Further, it could come with a higher range, and a powerful motor, with much less focus on aesthetics and premium features to compete against the auto giant’s rivals such as the Ather 450X, and the Ola S1 series of electric scooters. Bajaj previously trademarked the names “Fluir” and “Fluor” a while ago, so there’s a possibility that the upcoming e-scooter could carry one of those names in the future.

New Bajaj Chetak EV expected to launch in 2022, could be more affordable