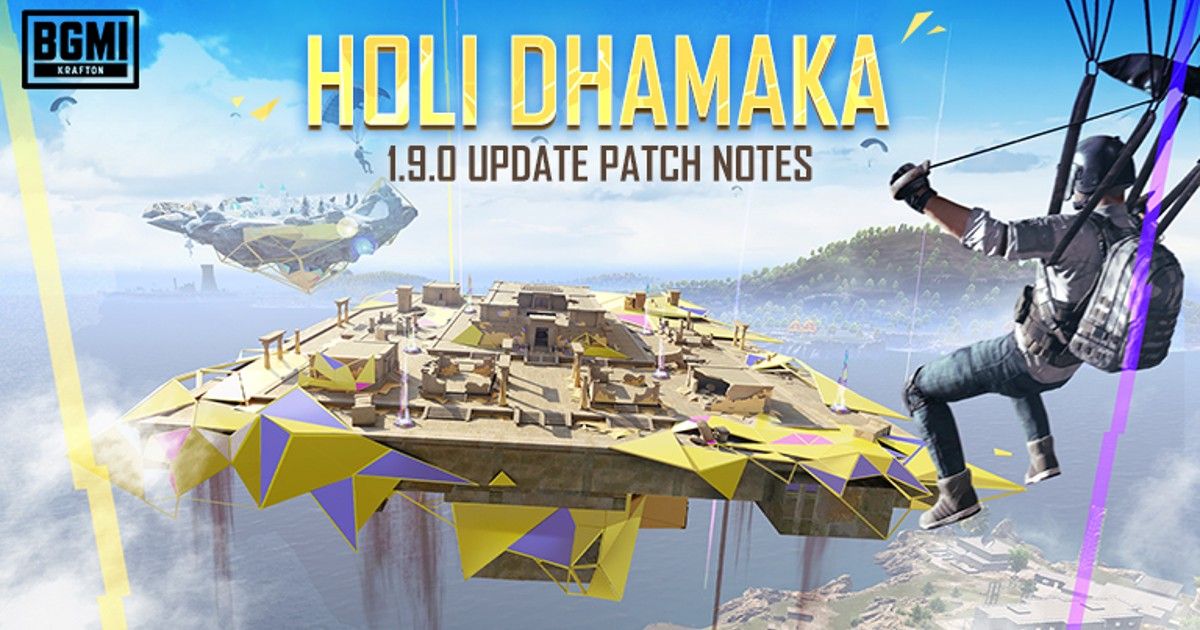 Krafton has released a new update for Battlegrounds Mobile India (BGMI) to kick off Holi celebrations in the game. The BGMI Holi Dhamaka 1.9.0 update brings a lot of new content and improvements to the game. The update adds a new Theme mode, similar to the one with Spider-Man: No Way Home collaboration. Players who download the update will be rewarded with a Wild Ambition set coupon that can be used within 7 days. Here’s all the new content added to BGMI as part of Holi Dhamaka update –

The BGMI Holi Dhamaka Theme mode can be found in Ranked section for Erangel and Livik. The mode has a new Starting Island and Sky Island that will be visible after you jump out of the plane. On Sky Island, your character’s face will transform into a cute circle and you can loot Hex Shop coins on the island that can be used on the ground. The Sky Island will be available for a certain period of time, after which you will land on the ground. Along with these, your character’s head keeps growing when you are hit by an enemy, and after you are defeated, your character’s head inflates like a balloon and you float up in the air. Fortunately, your squad mates can save you by shooting at you. If they fail to do so, your character will fall to the ground and get defeated.

Rainbow Plaza and Camp will appear on BGMI’s Erangel map, with new interactable entities. You can interact with items in these locations to spawn crates with weapons, armour, and other items. Besides these, you can find a new vehicle in Rainbow Plaza and Camp, which is the bicycle. The bicycle can be stored inside the backpack and used whenever you want it. You cannot shoot while riding a bicycle and it cannot be destroyed.

The new BGMI Playground update makes it much wider than before with platforms placed across the map. These platforms will help you move around the map faster. The Playground also has a new Racing mini-game where you can compete in races with your friends or have a relaxing solo drive.