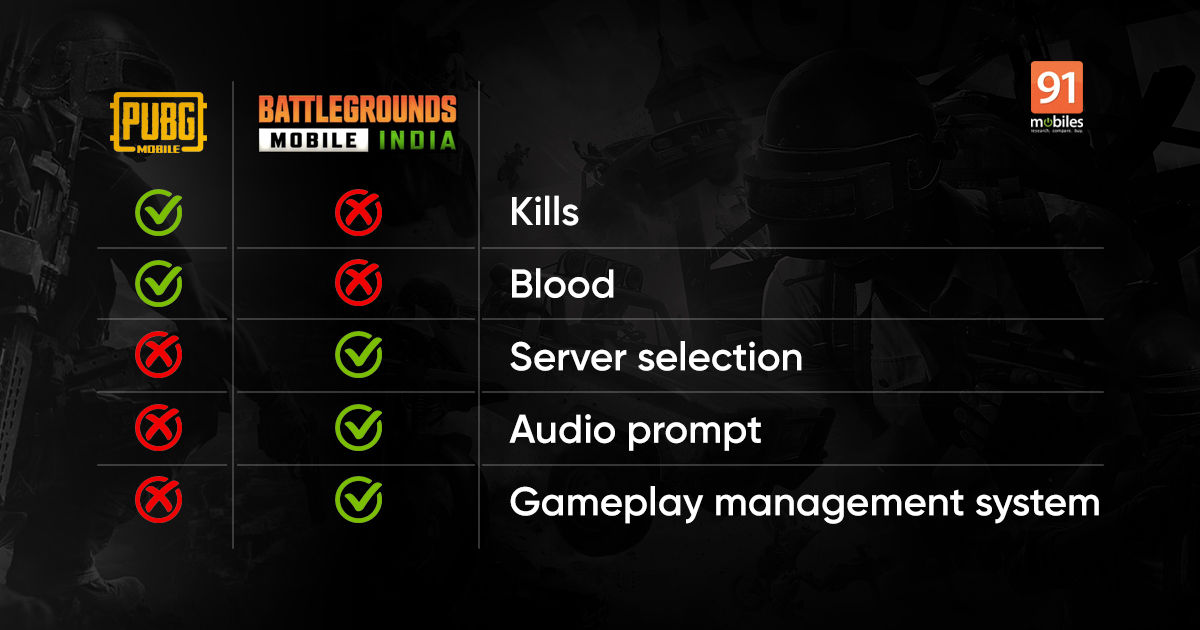 Kills are no longer kills

Battlegrounds Mobile India has now reclassified ‘kills’ as ‘finishes’, presumably as a desperate bid to play the “look we’re not encouraging violent behaviour” card; in a game that incentivises you to kill everyone around in innovative ways. Then again, PUBG Mobile’s Chinese counterpart —Game of Peace (loosely translated)— employs a similar mechanic too. It is to assuage the minds of millions of oblivious parents who still think that video games cause violence.

While immersion is a key aspect of any game, players tend to get a bit too immersed in gameplay sometimes. That’s why Battlegrounds Mobile India keeps prompting you to be cognisant of your environment while playing the game. The above prompt shows up every time you fire up a game and asks you to check your posture, check your surroundings and ensure that you don’t get too immersed in the gameplay. Interestingly enough, the prompt still refers to the game as PUBG Mobile, which is amusing.

While the original PUBG Mobile did allow players to select a server of their choosing, it was later restricted in November 2020. While the default selection works fine most of the time, some players will want to avoid a local server and play elsewhere due to internet issues. Battlegrounds Mobile India lets you change the server with relative ease through the Settings page.

Battlegrounds Mobile India sends you a friendly reminder that you’re in a game. Just in case you forgot. Not quite sure what purpose it serves, but someone at Krafton thought it was necessary, so here we are.

The ability to change Blood colour

Battlegrounds Mobile India lets you select between three colours of blood- none of which look like the real thing. This, in conjunction with the renaming of ‘kills’, appear to be yet another attempt at making the game ‘less violent’.

There are a few other cosmetic changes to find in Battlegrounds Mobile India. However, there is no denying the game is pretty similar to PUBG Mobile in terms of graphics, gameplay, maps, weapons, and so on. We will have to wait and see whether this could potentially lead to another ban in India.