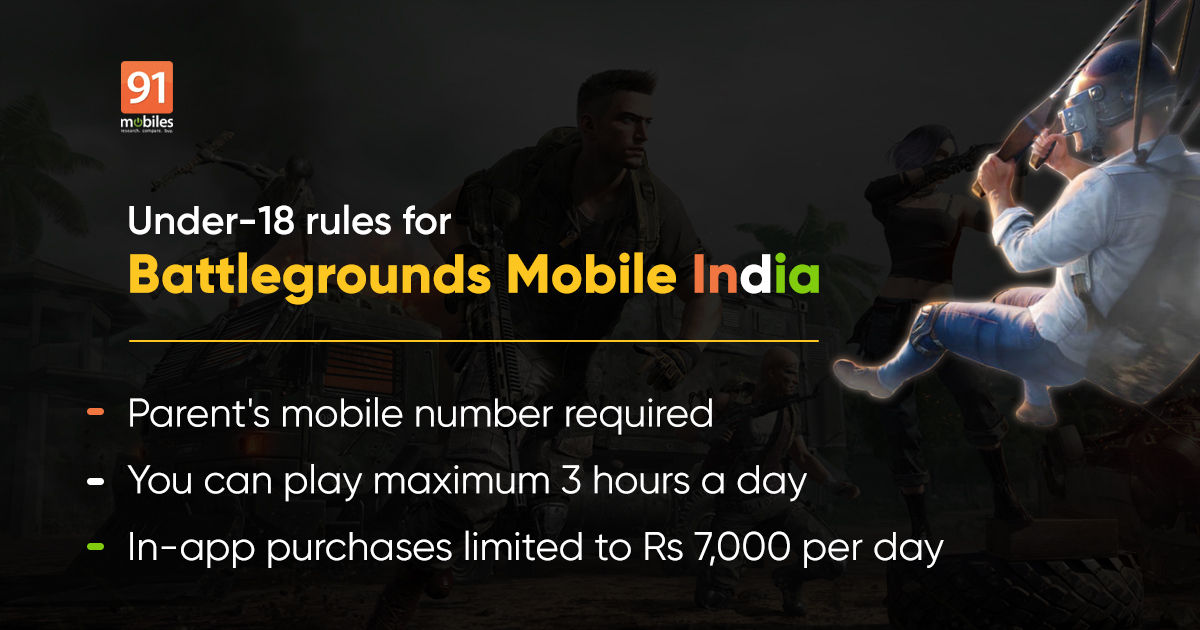 Battlegrounds Mobile India rules for players under 18 years of age

The privacy policy for Battlegrounds Mobile India states that if you are under 18 years, you will have to provide the mobile number of your parent or guardian to confirm that you are eligible to play the game. We haven’t seen this kind of policy in any game so far.

Krafton hasn’t given any specific details on how would it verify the parental consent. The game developer might most probably send a text message to the parents’ mobile asking them for permission to allow their kids to play the game. The SMS could have an OTP, which the player might have to enter in the game to play Battlegrounds Mobile India. That is just speculation though.

It is worth mentioning that if Krafton opts for this method, it will be very easy for players to fool the game developer. As the majority of the youth in India that is under 18 years have a mobile of their own, they can just enter their mobile number instead of their parent’s mobile number and get into Battleground Mobile India. It is also possible that Krafton might set up a call center where it can call parents and ask for consent but this method seems too far-fetched.

The Battlegrounds Mobile India privacy policy also mentions that players under the age of 18 years can’t play the game for more than three hours a day. This restriction can prove to be a huge relief to those parents who were worried that their kids would spend the whole day playing the game when it becomes available to download in the country.