91mobiles.com
Home Feature Battlegrounds Mobile India (BGMI): when will it release, first impressions, how to...
Highlights 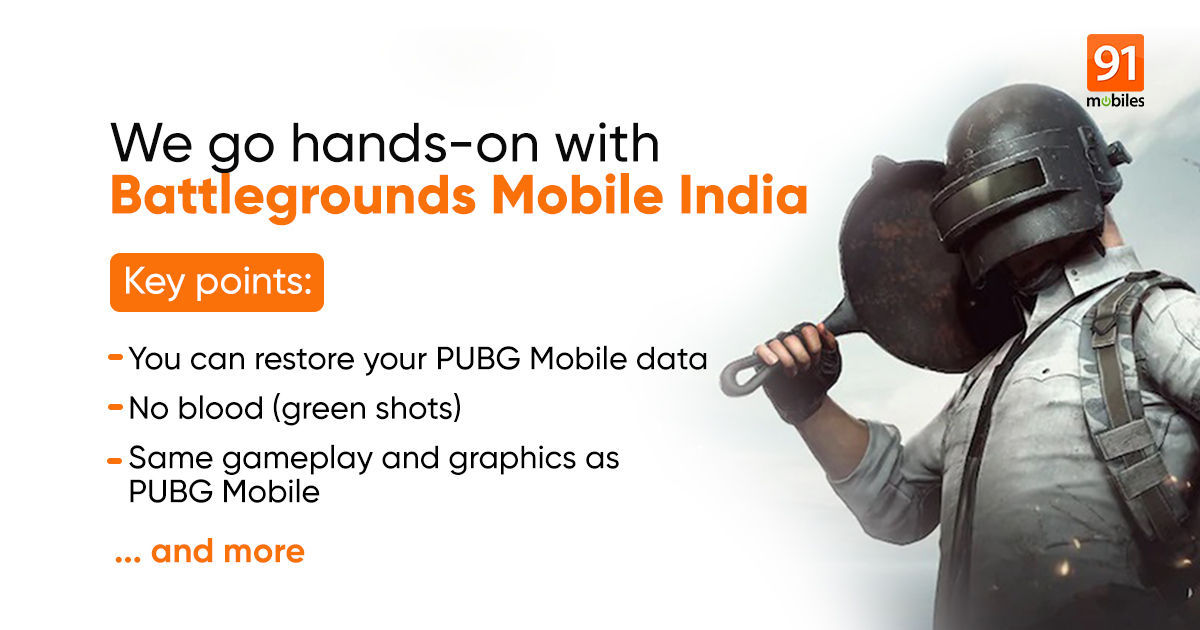 Leaks and rumors that we had so far suggested that Battlegrounds Mobile India would launch in India on June 18th. However, Krafton has only released the early access version for now. While there is currently no information regarding the Battlegrounds Mobile India launch date, everyone is expecting the game to release by the end of this month, after Krafton fixes the bugs and issues.

How to transfer data from PUBG Mobile to Battlegrounds Mobile India

Graphics and gameplay are similar to PUBG Mobile

You see green hits instead of red when you shoot someone

We have been hearing for quite a long time that there will be no bloodshed in Battlegrounds Mobile India. Well, that is indeed true. When you shoot someone in the game, you will see a green-colored liquid on their body instead of blood. To recall, most Indian parents strongly criticized PUBG Mobile as watching violence would affect their kid’s mental health. Owing to this issue, Krafton has replaced blood with a green-colored liquid in Battlegrounds Mobile India.

Not all characters are fully clothed

If you have played PUBG Mobile, you would know that your in-game character lands in the game half-naked. This was another thing that most Indian parents criticized about the game. Well, Krafton has made changes to the game to notice the issue but not up to the full extent. While your character lands in the game fully clothed, you will still be able to see semi-naked characters in the game. For example, another player could just remove their character’s clothes and jump into the game, and it will be visible to you.

There has been a lot of discussion in India if people under 18 years should be allowed to play games like PUBG Mobile as it contains a lot of violence. Well, to solve the issue at hand, Krafton has an implemented a feature in Battlegrounds Mobile India which will ask you if your age is above 18 years, as soon as you enter the game. If you select the option that says your age is under 18 years, the game will remind you when you have been playing for too long. However, there is no way Krafton could verify your age. Therefore, this restriction can easily be bypassed.

BGMI currently has a decent number of bugs and issues

As with the pre-release version of any game, the beta version of Battlegrounds Mobile India has bugs and functional issues as well. We noticed that there are touch issues in the game. For example, the touch doesn’t get registered accurately every time. Plus, the game hangs up every now and then and we had to restart it to fix the problem. Hopefully, the final version of Battlegrounds Mobile India will be free from all these issues.