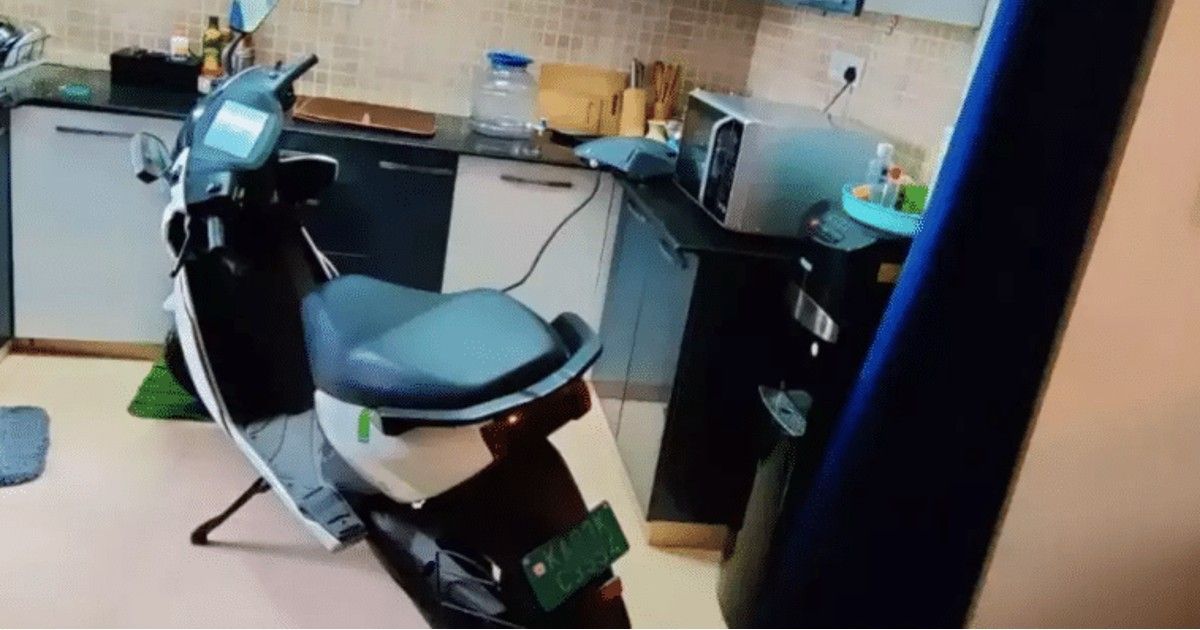 India has recently seen a surge in electric vehicles’ adoption rate due to the increase in fuel prices over the last few months. However, charging these vehicles remains a big issue as the infrastructure in India is not that well-developed yet. While companies are trying their best to sort this problem, customers in the meantime are coming up with their solutions. Like this man from Bengaluru, who was denied permission to install the charging station in the parking lot so he decided to carry his Ather 450x electric scooter up to his apartment on the fifth floor to charge it in the kitchen. The man was none other than Vish Ganti, Vice President of Product Management & GM AutoGrid India. 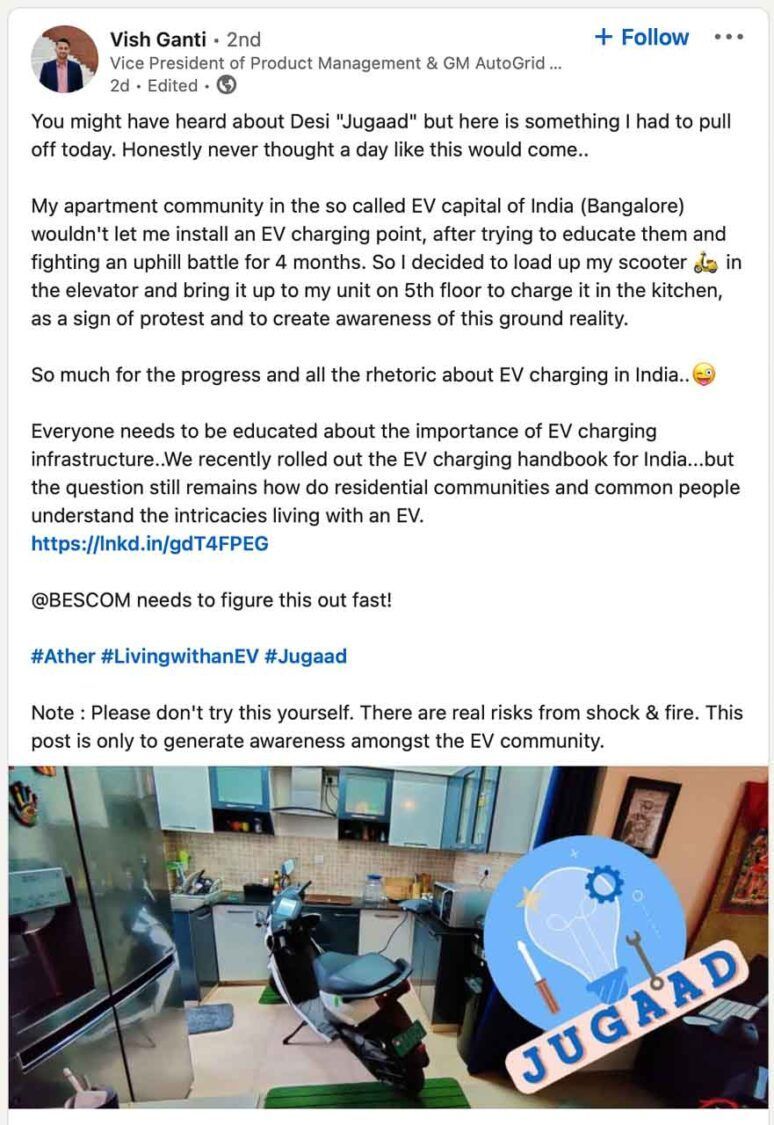 Also Read: EV cars in India: Reasons to buy and not to buy electric vehicles in 2021

He posted on LinkedIn a photo of his electric scooter being charged in the kitchen. In the post, Ganti also mentioned “You might have heard about Desi “Jugaad” but here is something I had to pull off today. Honestly, I never thought a day like this would come. My apartment community in the so-called EV capital of India (Bangalore) wouldn’t let me install an EV charging point, after trying to educate them and fighting an uphill battle for 4 months.”

So he decided to load up his scooter in the elevator and bring it up to the fifth floor in the kitchen. Ganti claims that this was done as a sign of protest and to create awareness of the ground reality of EV in India. He, however, advises users not to try this at home as there are real risks from shock and fire.