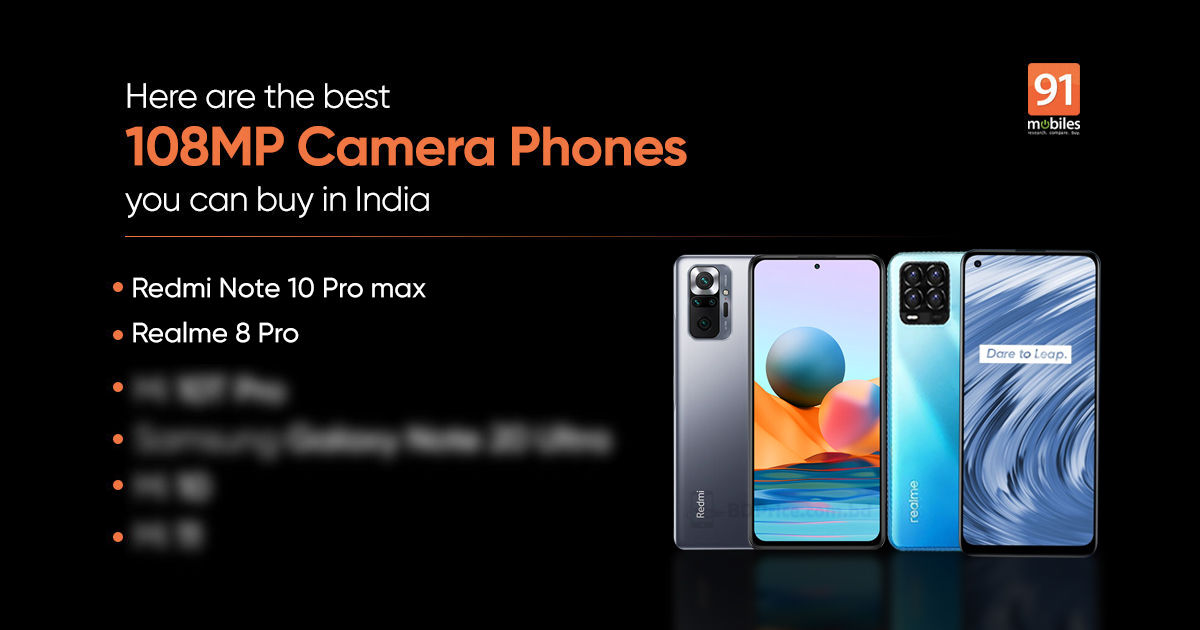 108MP camera phones are expected to gain popularity this year. The camera resolution has been around us since 2019, but it was overshadowed by the success of 48MP and 64MP cameras, which were also launched around the same time. Now that the hype of 48MP/ 64MP camera phones has settled in, it’s now time for 108MP camera phones to shine. A number of upcoming mid-range smartphones are likely to come with 108MP sensors as one of the key selling propositions. That said, there are already a number of 108MP camera phones already available in the country right now. We’ve compiled a list of such phones, but before we get to that, here’s what you need to know about the not-so-new 108MP camera.

A 108MP camera is a smartphone sensor that boasts a whopping 108 million pixels onboard. Samsung is currently the only developer of the camera, and it’s referred to as the ISOCELL Bright HMX sensor. The first-gen ISOCELL Bright HMX 108MP sensor was launched back in 2019 with the same pixel binning technology as the 64MP/ 48MP sensors. The technology outputs an image with an impressive 27MP resolution, which is around 69 percent more than that of the 64MP camera phone. The 108MP camera also has a sensor size of 1/1.33-inch and pixels measuring 0.8 microns to capture ample details even in the low light environment.

Samsung has since refreshed its 108MP ISOCELL Bright sensor twice. It introduced ISOCELL Bright HM2 last year, with 9-in-1 Nonacell pixel-binning to deliver images of 12MP size. In addition to this, the sensor offers up to 3x lossless zoom, and support for 4K @ 120 fps/ 6K @ 30fps video recording and Super-PD autofocus. This was followed by ISOCELL Bright HM3, which was launched earlier this year, with additional 12-bit colour support and a slightly bigger 0.8-micron pixel size.

How great is 108MP resolution?

Cameras need light to create photos, and physically larger sensors are able to capture more light. Since these sensors have millions of pixels that capture light independently of one another, you’ll find a camera with 108MP resolution gets a more detailed image that can be zoomed in digitally or printed on a larger scale without becoming blurry or grainy compared to 12MP, 48MP, and 64MP cameras.

That said, the big 108MP sensors are made smartphone-friendly by cramming smaller pixels so that they take less space inside the camera module. This results in lesser clarity and more colour noise in dimly-lit conditions. To tackle this issue, the sensor is fitted with pixel binning technology that combines data from neighbouring pixels into one, to enhance the overall image quality. While the quality is certainly better than the 48MP or 64MP camera phone, Google Pixels and iPhones could still surprise you with their 12MP cameras used with computational photography.

This 108MP camera phone was launched in India in April. The smartphone is a mid-range offering from Xiaomi, with the latest Snapdragon 870 SoC ticking at its core. The Mi 11X Pro (review) also features a 6.67-inch E4 AMOLED display with a 120Hz refresh rate, punch-hole cutout for the selfie snapper, and 1300 nits peak brightness. It runs on Android 11-based MIUI 12 custom skin on top and packs a 4,520mAh battery and supports 33W fast charging. 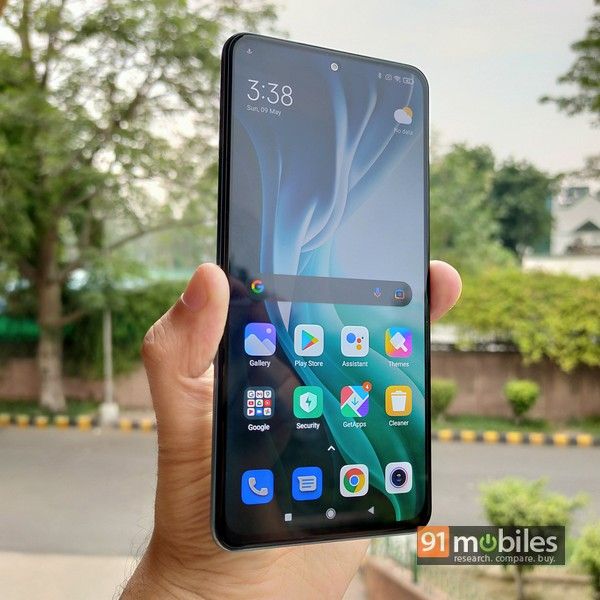 In the camera department, the Mi 11X Pro sports triple rear cameras comprising a 108MP Samsung HM2 primary sensor, an 8MP ultra-wid-angle lens, and a 5MP macro sensor. There is a 20MP snapper on the front for selfies and video chats as well as a side-mounted fingerprint sensor for security. The Mi 11X Pro price in India starts at Rs 39,999.

Moto G60 (review) is among the best 108MP camera phones under Rs 20,000 in India. The phone’s specifications include Snapdragon 732G SoC, 128GB storage, Android 11 OS, and a massive 6,000mAh battery with 20W fast-charging support. The handset comes with 6GB RAM, 128GB storage that is further expandable up to 1TB via a microSD card, and Android 11 OS with stock Android skin on top. 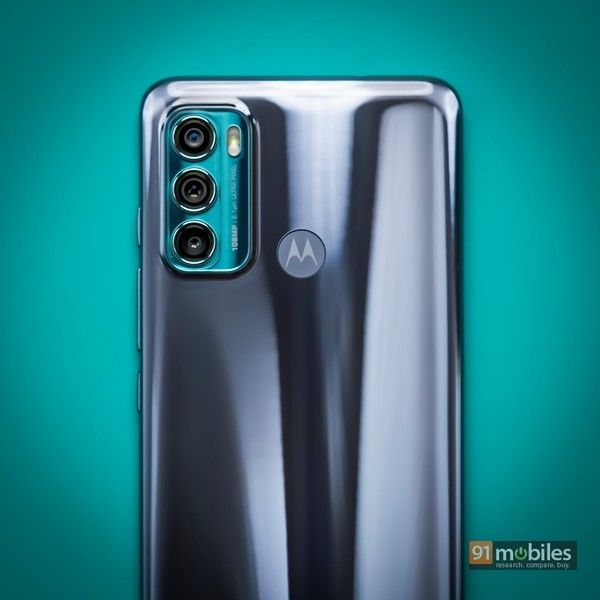 For photography, the Moto G60 rocks a triple camera setup at the back, with a large 108MP primary sensor, an 8MP ultra-wide-angle lens with 118-degree FoV, F/2.2 aperture, and the sensor also works as a macro-vision with 2.5m focus distance and a 2MP depth sensor for portrait shots. There is a 32MP snapper on the front for selfies and video chats and a physical fingerprint sensor for security. 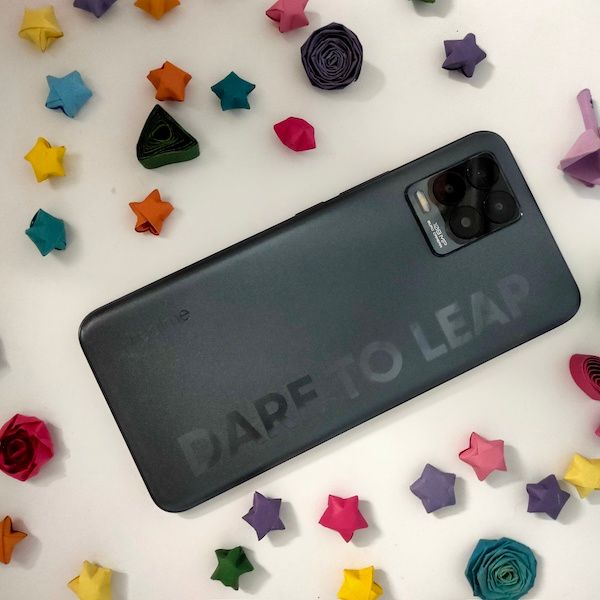 The Realme mobile phone is powered by Snapdragon 720G SoC paired with 6GB/ 8GB RAM and 128GB storage onboard. The handset runs Realme UI 2.0 atop Android 11 out of the box.

Redmi Note 10 Pro Max (review) is Xiaomi’s second 108MP camera phone in India under Rs 20,000. The handset packs quad camera setup the back with the same 108MP Samsung ISOCELL HM2 primary sensor as the Realme 8 Pro. The sensor is accompanied by an 8MP ultra-wide-angle lens, a 5MP macro lens, and a 2MP depth sensor. Up front, the phone sports a 16MP snapper in the punch-hole mechanism for selfies and video calling. 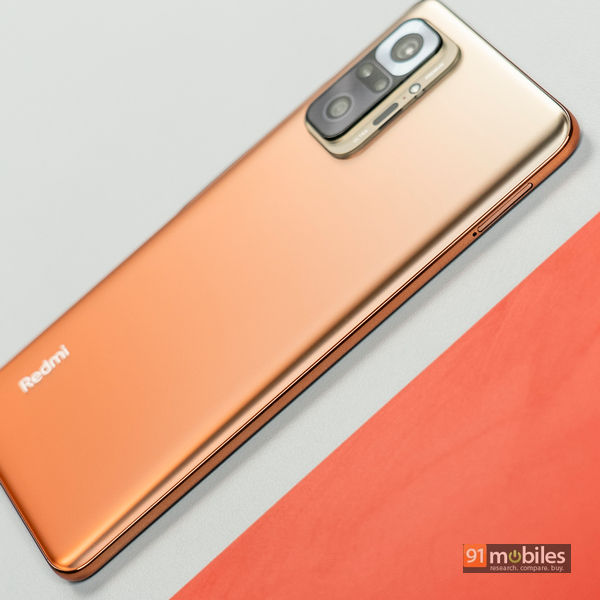 Mi 10i (review) is among the cheapest 108MP camera phones in India. The affordable mid-range offering from Xiaomi comes with Samsung’s 108MP HM2 camera sensor that uses 9-to-1 pixel binning technology to process sharp and vivid images with 12MP resolution. The smartphone also highlights 8MP wide-angle lens, a 2MP macro lens, and a 2MP depth sensor for a quad-camera setup at the back. 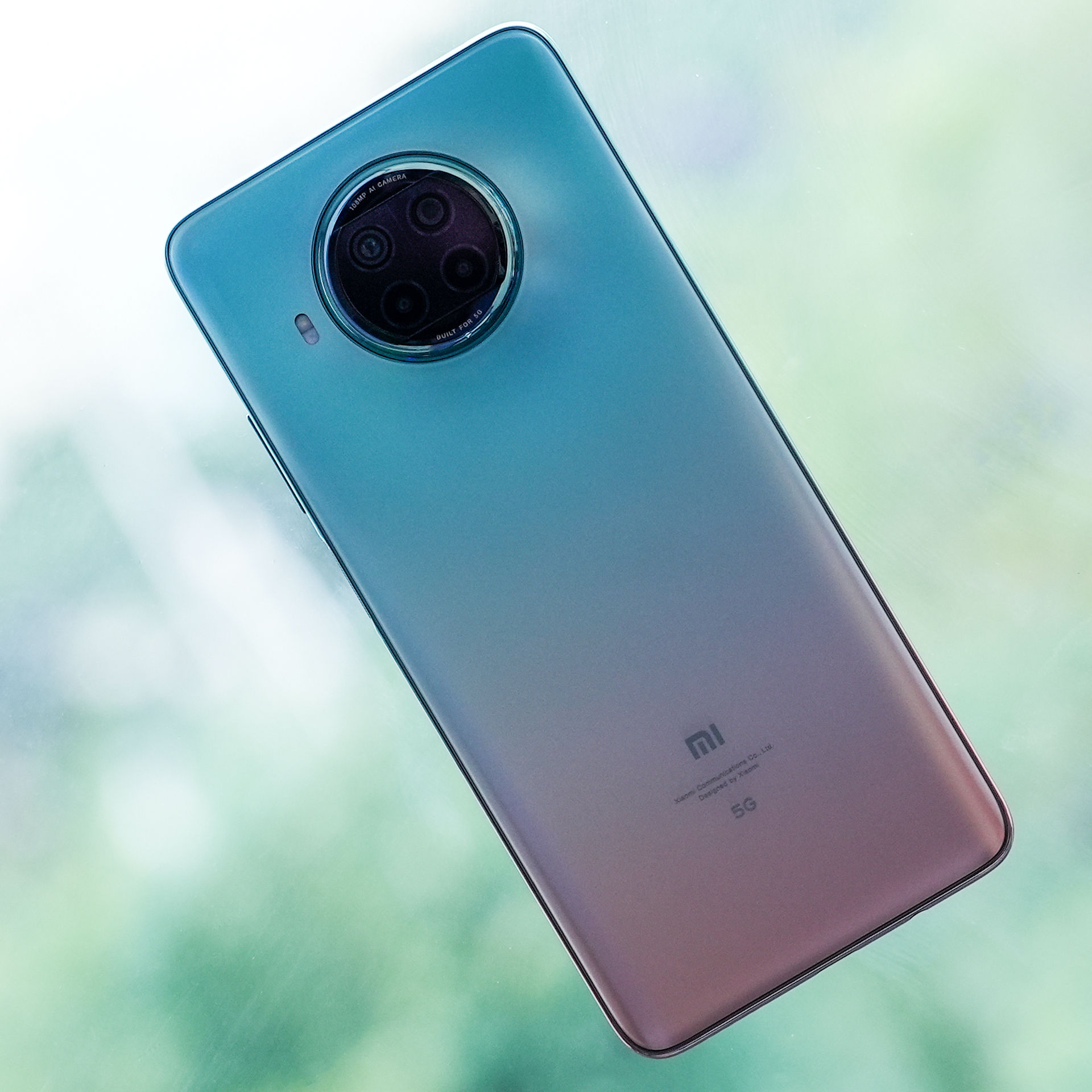 Only the Ultra variant in the recently launched Galaxy S21 series comes with a 108MP camera, much like last year’s S20 series. The latest ultra-premium smartphone from the brand touts the next-gen Isocell HM3 sensor with a large 1/3.3-inch size. That said, It uses the same 9-in-1 pixel binning technology as the sensor on the Mi 10i. Samsung Galaxy S21 Ultra (review) cameras also include a 12MP wide-angle sensor and a couple of 10MP lenses with 3x and 10x optical zoom. 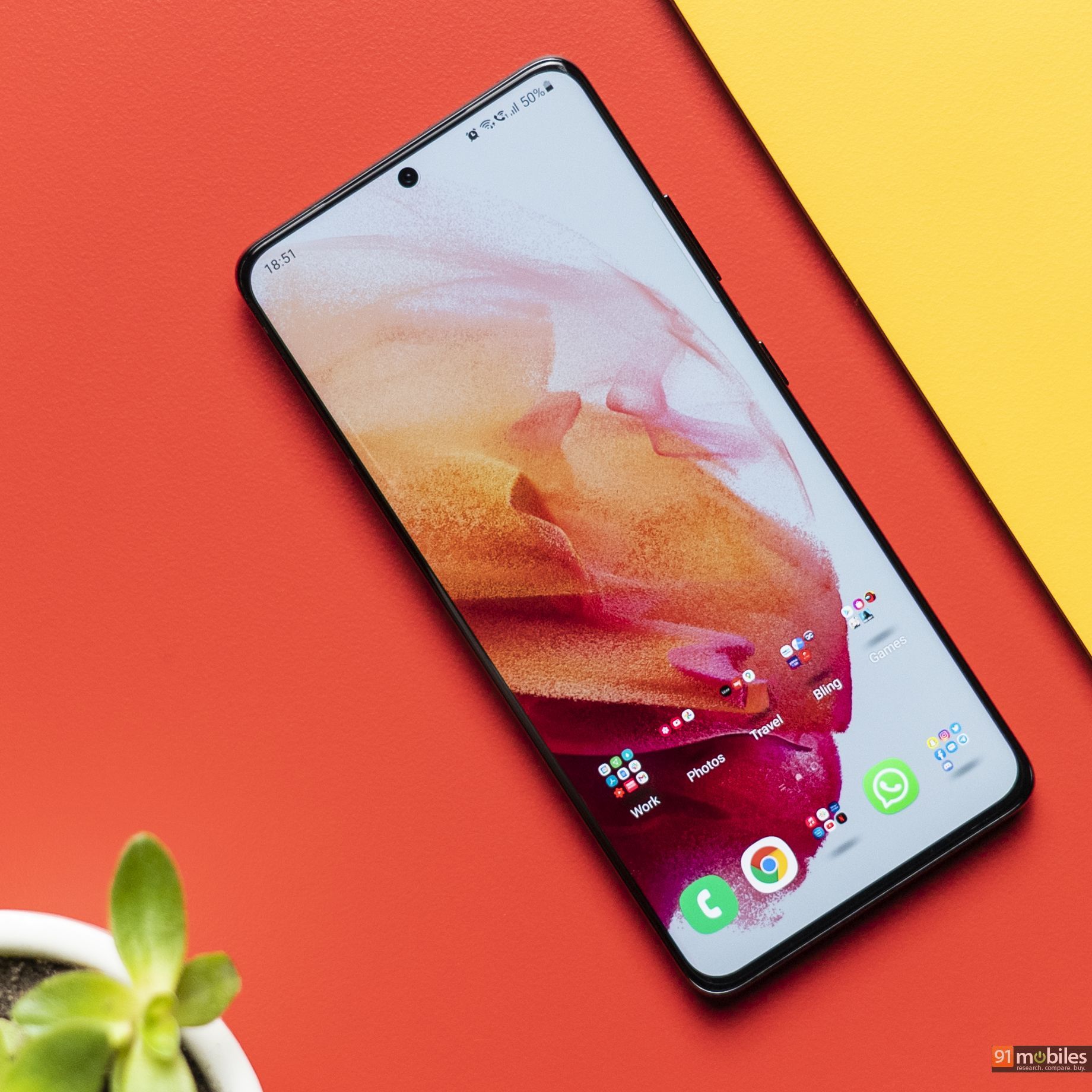 Mi 10T Pro (review) touts a 108MP camera, which is said to be better than another 108MP camera phone called Samsung Galaxy Note20 Ultra. The Mi smartphone sports the first-gen ISOCELL HM1 sensor that measures 1/1.33 inches and comes with 0.8-micron pixel size. Mi 10T camera also includes a 13MP ultra-wide lens and a 5MP macro unit at the back. The front camera of the phone gets a 20MP snapper for selfies and video chats. 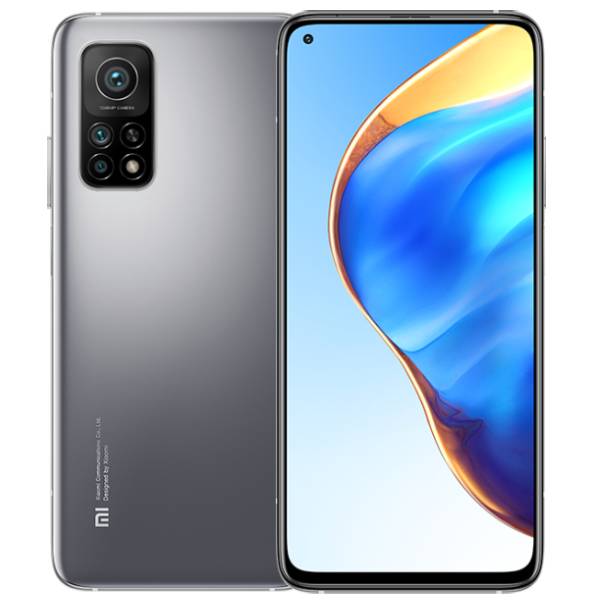 Motorola Edge Plus is another 108MP camera phone available to buy in India right now. The flagship from Motorola employs triple rear cameras comprising 108MP primary sensor, a 16MP 117-degree ultra-wide-angle sensor, and an 8MP telephoto lens with OIS support and 3x optical zoom. There is an additional Time of Flight (ToF) sensor as well. For selfies and video calling, the phone rocks a 25MP shooter on the front with f/2.0 aperture. 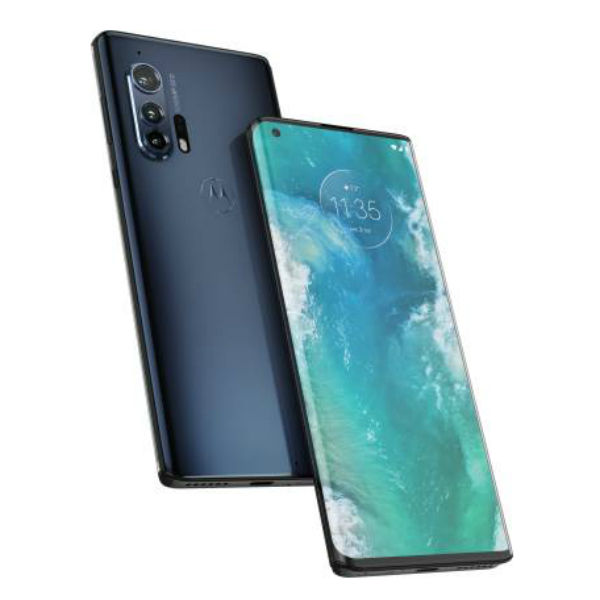 Mi 10 is Xiaomi’s first smartphone in India to come with a 108MP camera. Launched in the summers of 2020, the Mi mobile phone sports the first-gen 108MP primary sensor coupled with a 13MP wide-angle lens, a 2MP depth sensor, and a 2MP macro lens in the quad-camera setup at the back. Up front, it sports a single 20MP sensor to handle selfies and video calling. 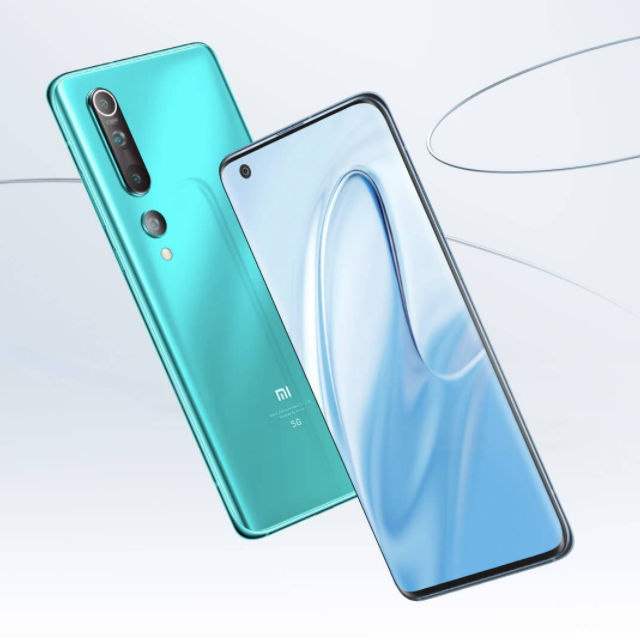 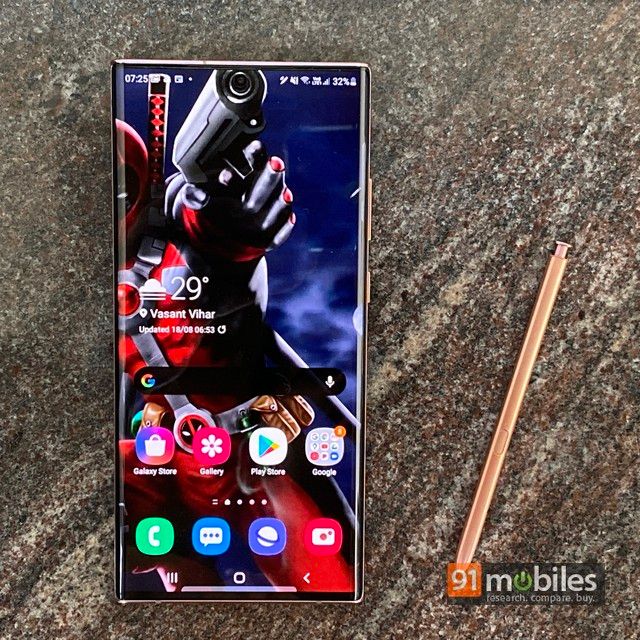 Mi CC9 Pro has a 108MP camera, but is the large sensor size really that big a deal?