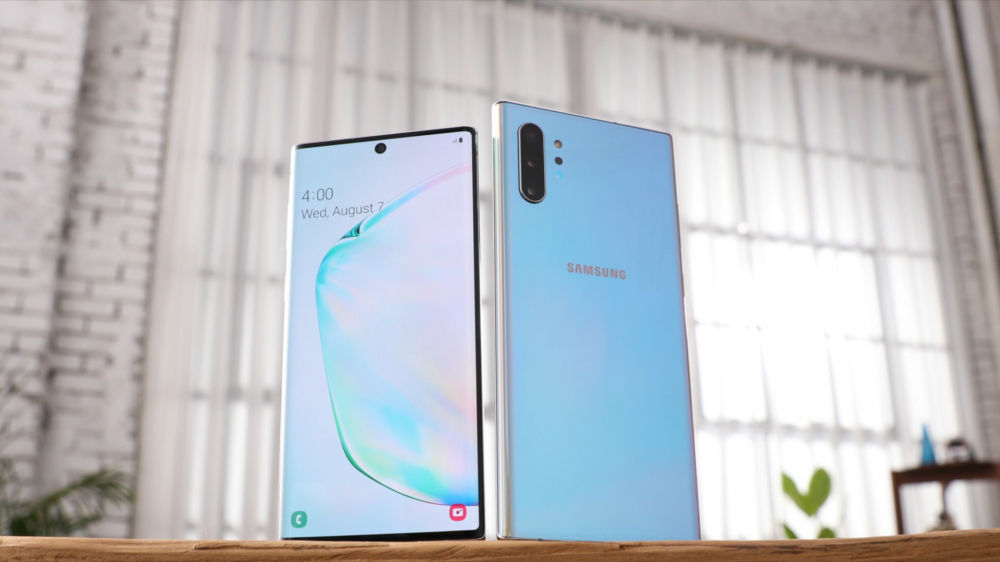 Phones with 12GB RAM have become a trend over the last year among Android flagships, at least for the maxed-out variants. While it is quite sometime before 12GB RAM phones become commonplace and hit the mid-range segment, there are enough of them in the market already. Having more RAM means that your phone will be quick in retrieving data from the cache; however, it doesn’t necessarily guarantee better performance. 12GB RAM phones may be overkill now, but with the era of multitasking, foldable phones, AR, VR, and more ahead, who knows it may become a necessity. Even today, some might argue 12GB RAM phones are future-proof. So without any further ado, we bring the list of best 12GB RAM smartphones available in the market right now: 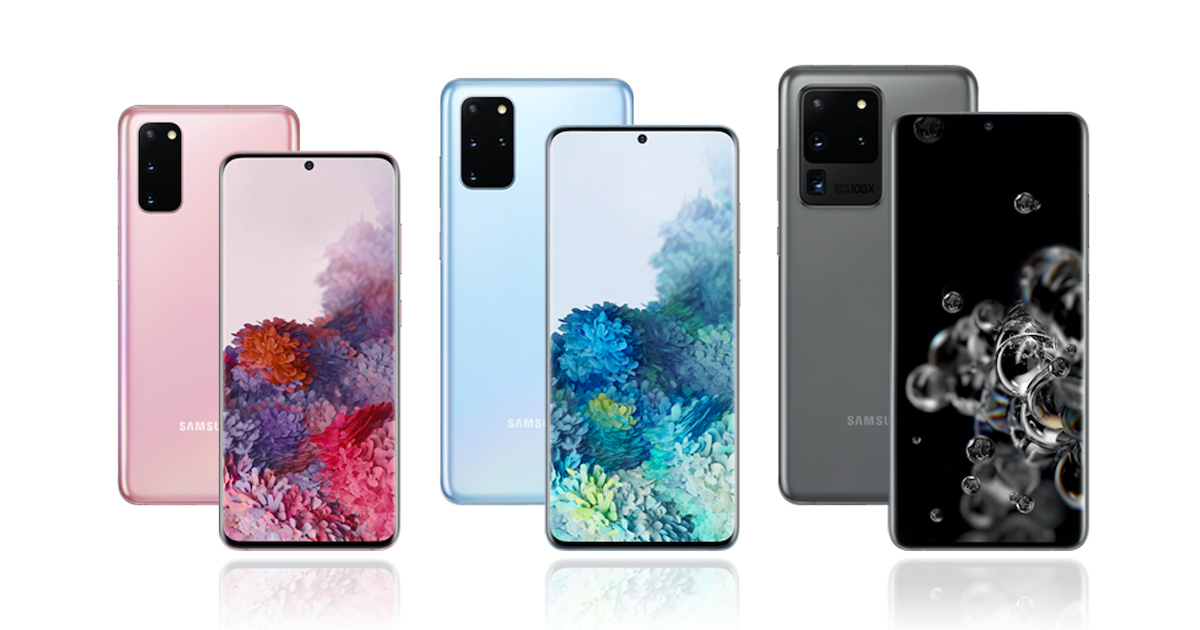 Coming to the specifications, the Samsung Galaxy S20 series flaunts a Dynamic AMOLED Infinity O display, up to quad-camera setup with 100x Space Zoom, and Exynos 990/ Snapdragon 865 SoC ticking at its core. The handsets boot Android 10-based One UI 2.0 out of the box and feature an ultrasonic in-display fingerprint scanner. Other features include a beefy battery cell, fast wired and wireless charging support, and standard connectivity options, including 5G. However, in India, the phones come with 4G LTE connectivity.

Realme X2 Pro comes with three RAM and storage variants, with the top-end featuring a whopping 12GB of RAM and 256GB storage onboard. The handset is the first-ever flagship from the brand that sports a 6.4-inch 90Hz Super AMOLED display and Qualcomm Snapdragon 855 Plus SoC. 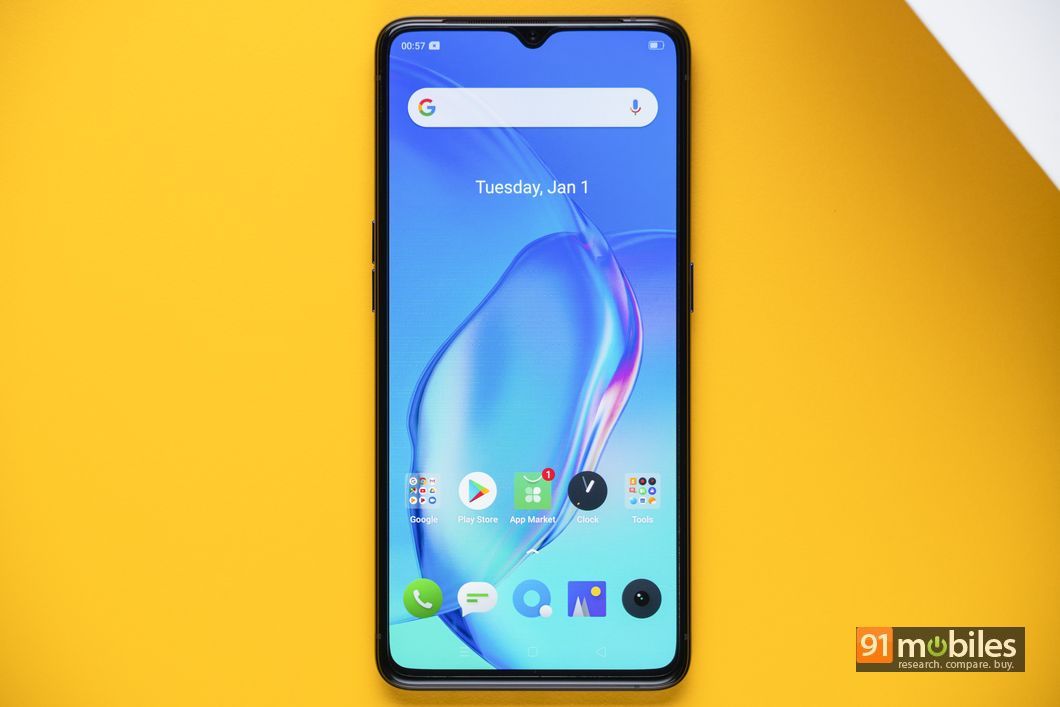 The Realme X2 Pro is also a beast in the camera and battery departments. It rocks quad-camera setup with 64MP Samsung GW1 primary sensor, a 13MP telephoto lens with 20x hybrid zoom support, an 8MP ultra-wide-angle lens, and a 2MP depth sensor. The front camera of the phone gets a 16MP selfie camera. The handset houses a 4,000mAh battery with 50W SuperVOOC fast-charging support and runs Android 9 Pie-based ColorOS 6 out of the box. The Realme X2 Pro price in India for the 12GB RAM variant is Rs 34,999.

The McLaren Edition is a special OnePlus 7T Pro offering, which packs 12GB of RAM. The variant has been designed in partnership with the popular sports car maker McLaren and is slightly different from the regular OnePlus 7T Pro in terms of the design. The OnePlus 7T McLaren Edition features papaya orange accents on the back and the sides, and carbon fibre finish. The orange accents can also be seen in the UI, which has also been designed keeping in mind the dashboard of McLaren cars. 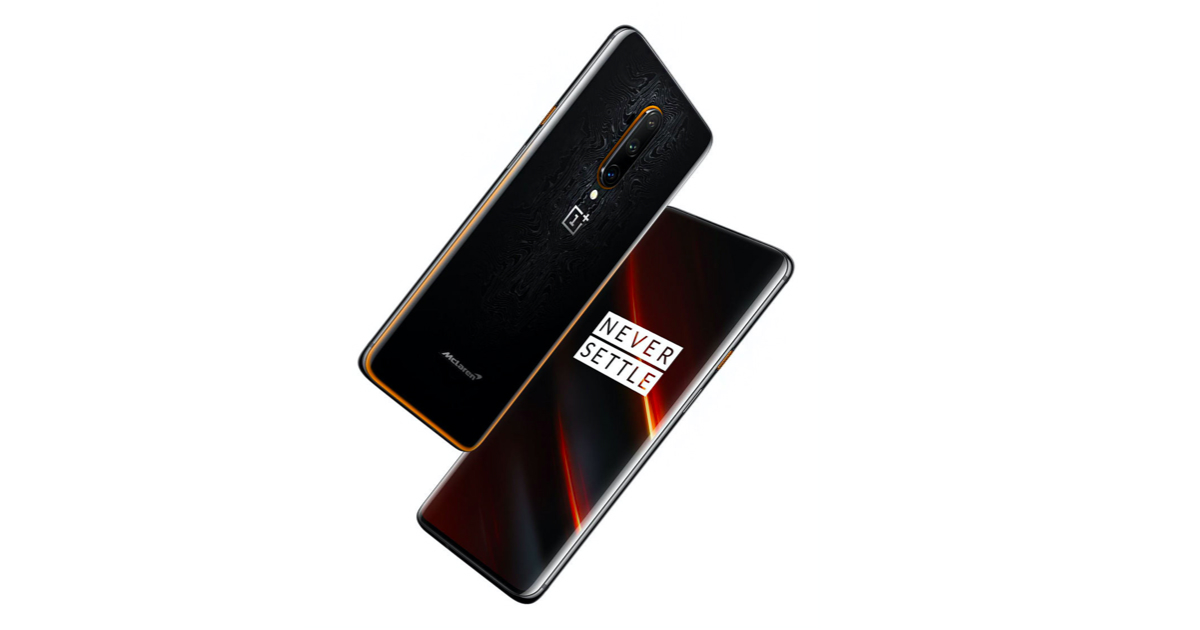 Talking about the specifications, the OnePlus 7T Pro McLaren Edition sports pop-up selfie camera design, a 6.67-inch full-HD+ Fluid AMOLED screen with an in-display fingerprint sensor, and Snapdragon 855 Plus SoC under the hood. The phone has a 48MP triple cameras at the back and 16MP shooter on the front for selfies and video calling. The smartphone comes running Android 10-based OxygenOS 10 out of the box. As for the price in India, OnePlus 7T Pro McLaren Edition costs Rs 58,999.

The Samsung Galaxy Fold is the world’s first foldable smartphone that packs 12GB RAM and 512GB storage onboard. The handset, which was was relaunched at IFA 2019, debuted in India with a hefty price tag of Rs 1,64,999. The Galaxy Fold touts a foldable design and with a 7.3-inch tablet-sized screen that bears 1,536 x 2,152p resolution and HDR10+ support. The display has a hinge at the back to fold it horizontally when not in use. 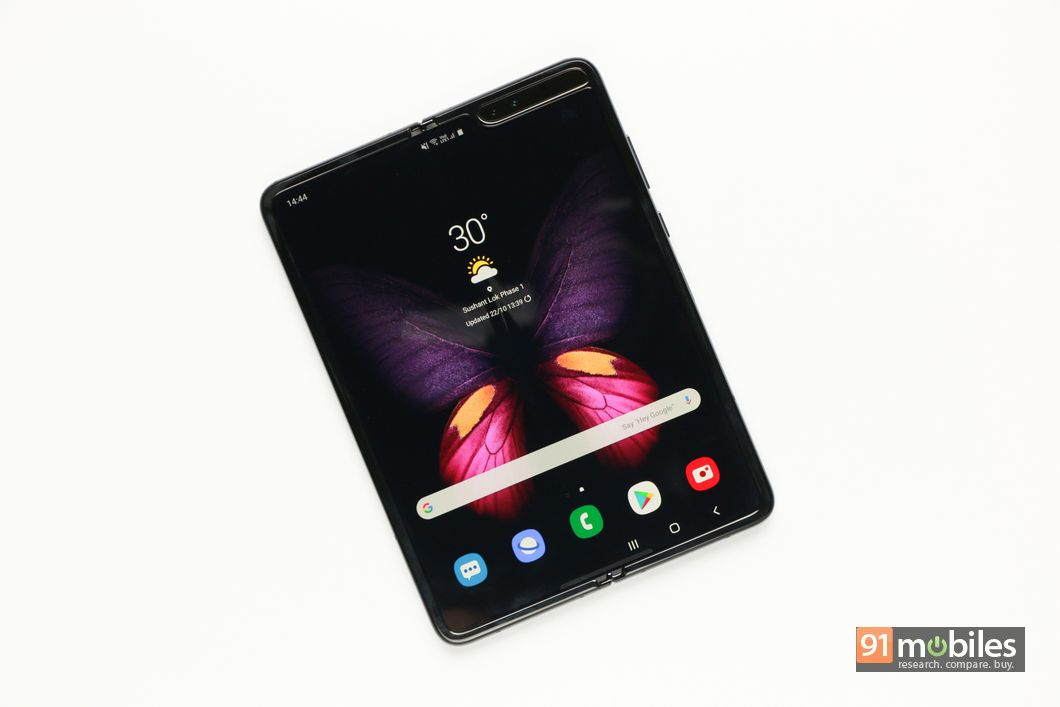 The other highlighting features of the Galaxy Fold include a secondary 4.6-inch Super AMOLED cover display, as many as six cameras, the Snapdragon 855 chipset, and a 4,380mAh battery with 15W fast wired and wireless charging support as well as 9W reverse wireless charging.

ASUS ROG Phone 2 is another offering that is selling in India with 12GB RAM. It’s a gaming-centric smartphone from the Taiwanese phonemaker, with Qualcomm Snapdragon 855 Plus SoC ticking at its core. The chipset is an overclocked version of the regular Snapdragon 855 SoC, with slightly better CPU and GPU performance. 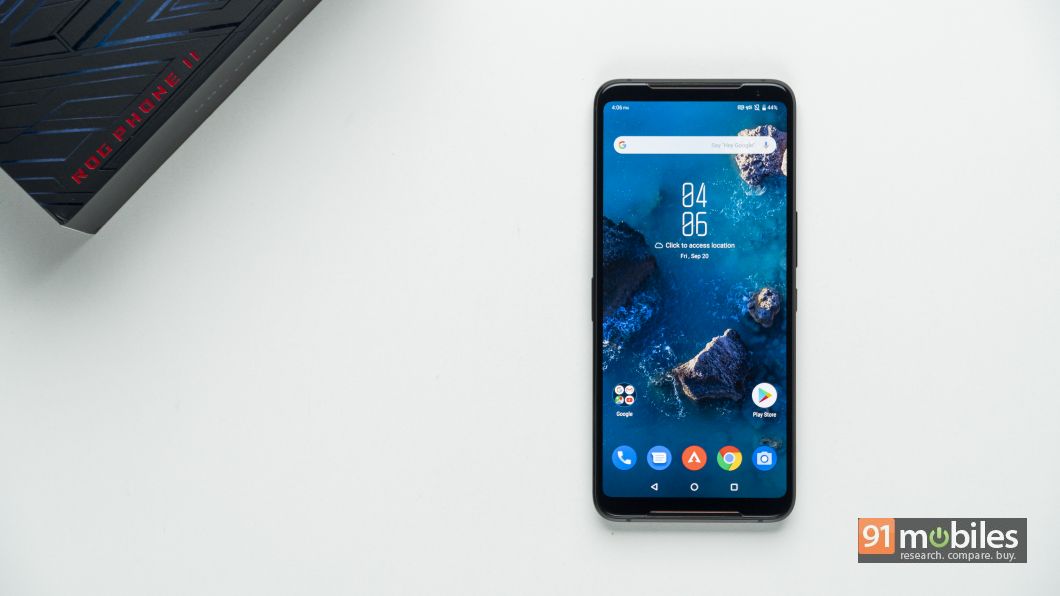 In addition to that, the ASUS ROG Phone 2 packs a 6.59-inch full HD+ AMOLED display with an astounding 120Hz refresh rate, 10-bit HDR, 19.5:9 aspect ratio display, and Corning Gorilla Glass 6 protection. The smartphone has half-a-Terabyte of native storage, and the entire setup is driven by a 6,000mAh battery. The ASUS ROG Phone 2 has been launched in India with a sticker price of Rs 59,999.

The Galaxy Note 10+ is another premium offering from Samsung to ship with 12GB of RAM. It’s the top-end variant of the phone, which is paired with either 256GB or 512GB user-expandable storage (up to 1TB). The 12GB variant is only with the Plus model, not with the regular Galaxy Note 10 smartphone. The Galaxy Note 10+ 12GB RAM variant price in India starts at Rs 79,999. 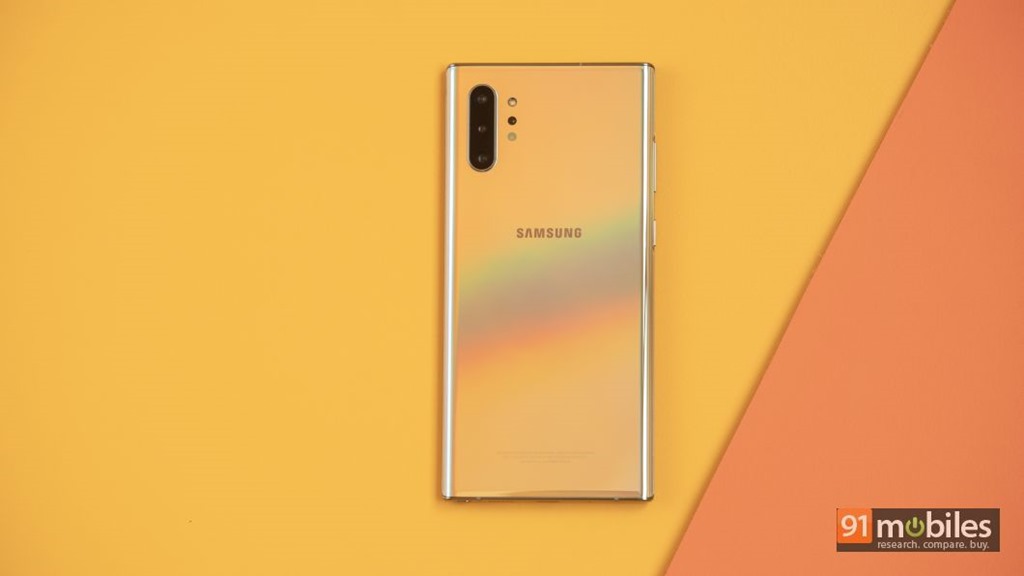 The handset ships with a 6.8-inch Dynamic AMOLED Infinity O display, which is slightly bigger than 6.3-inch Galaxy Note 10 model. It’s powered by Exynos 9825 chipset paired with a 4,300mAh battery with up to 45W fast charging support. The handset rocks a triple camera setup that includes a 12MP primary sensor with variable aperture (f/1.5-2.4) and OIS, a 16MP ultra-wide-angle camera and a 12MP telephoto lens with OIS. The smartphone also comes with an improved S Pen support, 10MP front camera for selfies and video calling.

The Samsung Galaxy S10+ is among the first mainstream smartphones to come with 12GB RAM option, aided by whopping 1TB storage. The handset is the premium flagship offering from the brand that costs over a lakh in India. The phone comes in a Ceramic Black and Ceramic White options. 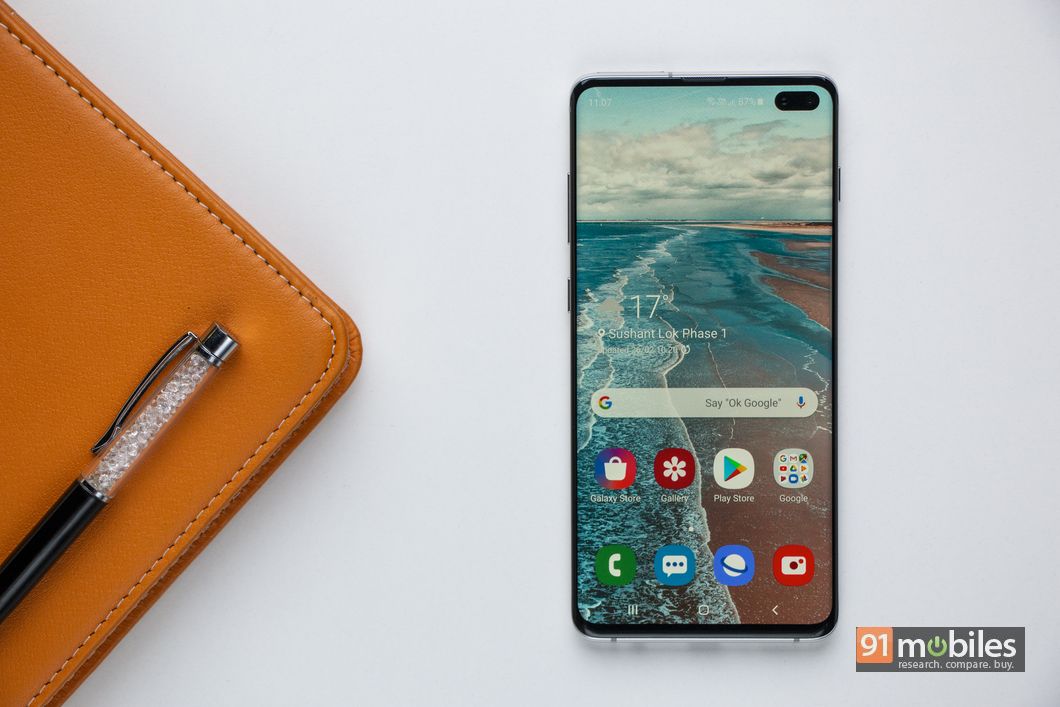 The Galaxy S10+ ships with a 6.4-inch QHD+ (3040×1440) Dynamic AMOLED display with HDR10+ support and oblong punch-hole for dual selfie cameras. The phone features Exynos 9820 chipset, triple rear cameras, a massive 4,200mAh battery, and even a 3.5mm headphone jack onboard.

Black Shark 2, the only model in India by Xiaomi-promoted a gaming smartphone brand Black Shark, is yet another option in the growing list of 12GB RAM phones. Priced in India at Rs 39,999, Black Shark 2 12GB RAM variant comes paired with 256GB of internal storage. It sports a 6.39-inch full-HD+ always-on AMOLED display with 19.5:9 aspect ratio, DCI-P3 colour gamut and 240Hz touch-sensing. The smartphone is powered by Snapdragon 855 SoC, with octa-core 2.84GHz clock speed and Adreno 640 GPU. 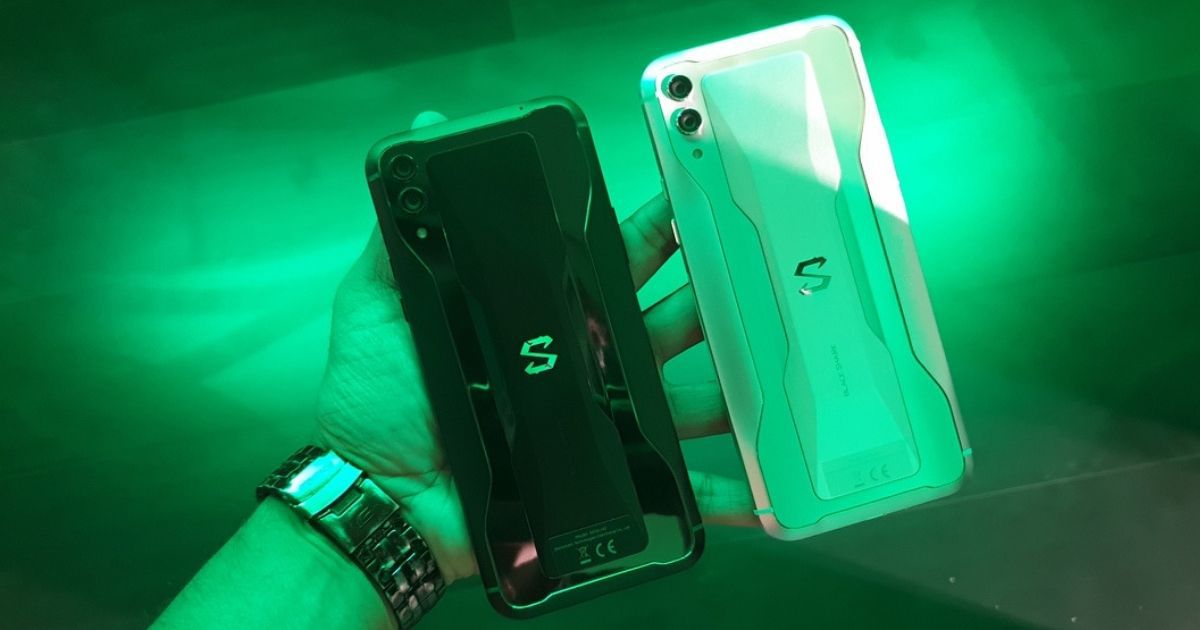 Direct Touch Cooling 3.0 tech keeps the heat in check during long gaming sessions, while Ludicrous Mode makes sure the most intense games run buttery-smooth, sans any frame drops. The display also lets gamers customise pressure-sensitive touch zones and trigger multiple on-screen actions for a more immersive gaming experience, and the RGB stripes on the body light up in sync with the in-game effects. Then there’s Vibration Sense to make sure you get vibration-based feedback for all your moves during the games.

As for photography, Black Shark 2 sports a 48MP + 12MP dual-camera setup on the back and a 20MP sensor in the front. There’s an in-display fingerprint sensor, 4,000mAh battery with 27W fast-charging, and dual-SIM support as well.

For photography, the OnePlus 7 Pro sports a 48MP triple rear camera and 16MP selfie shooter. A 4,000mAh battery fuels the handset, while Android 9 Pie-based Oxygen 9 (upgradable to Android 10) takes care of its software side of things. The OnePlus 7 Pro 12GB RAM variant was launched in India at Rs 57,999, but is not available for purchase in India at the moment.