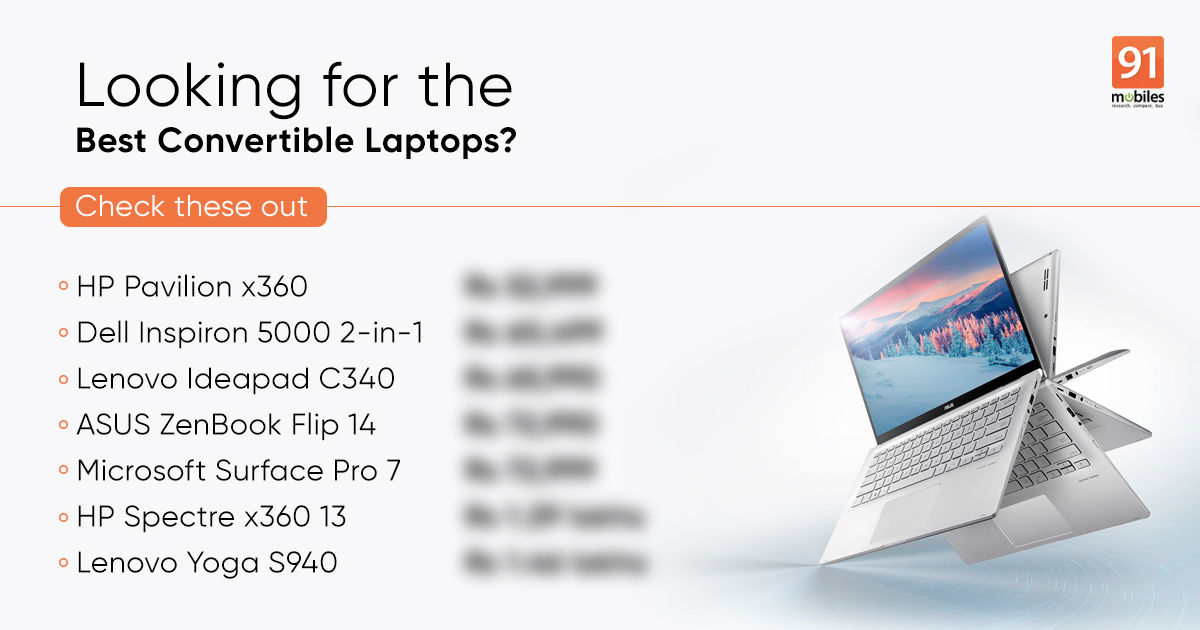 Convertibles laptops (also called 2-in-1 laptops) are great for those who are always on the move. The machines have the processing power of a laptop and the comfort of a tablet, making them compact and easy to carry around — you can use these devices for work in laptop mode or switch to tablet mode to watch videos. While some 2-in-1 laptops make use of the 360-degree hinges, the others have detachable screens making them independent from the keyboards. Lastly, these laptops have touchscreen displays, with support of a stylus on a handful of them, that further enhance productivity.

The HP Pavilion x360 is the cheapest convertible laptop in the list. The 10th-gen Intel Core i3 variant of the laptop is selling in India at Rs 52,999. There are Core i5 and i7 variants of the HP Pavilion x360 laptop as well, but they will set you back to somewhere around Rs 70,000 and Rs 1 lakh respectively. 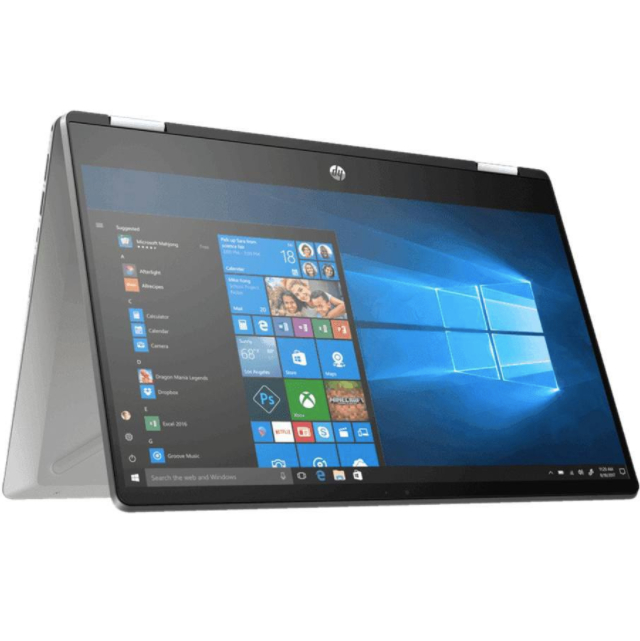 As for the HP Pavilion x360 specifications, the laptop sports a 14-inch FHD WLED micro-edge display, which is supported by a 360-degree rotatable hinge. The 10th-gen Intel Core i3 variant that lies at the core is paired with UHD graphics, 4GB RAM, and 256GB SSD storage. Other highlights include a backlit keyboard, SD card reader, a couple of USB ports, Type-C port, HDMI, and headphone/ mic jack. The laptop weighs 1.5 Kgs.

Like HP, the Dell Inspiron 5491 2-in-1 laptop is also powered by the 10th-gen Intel Core i3 processor; however, it comes with 1TB HHD + 256GB fast SSD storage. The convertible laptop is also 200 grams heavier than the HP Pavilion x360 and sports stereo speakers. The Dell Inspiron 5491 packs a near bezel-less 14-inch FHD display, which you can rotate to almost 360-degree thanks to the rotatable hinges. 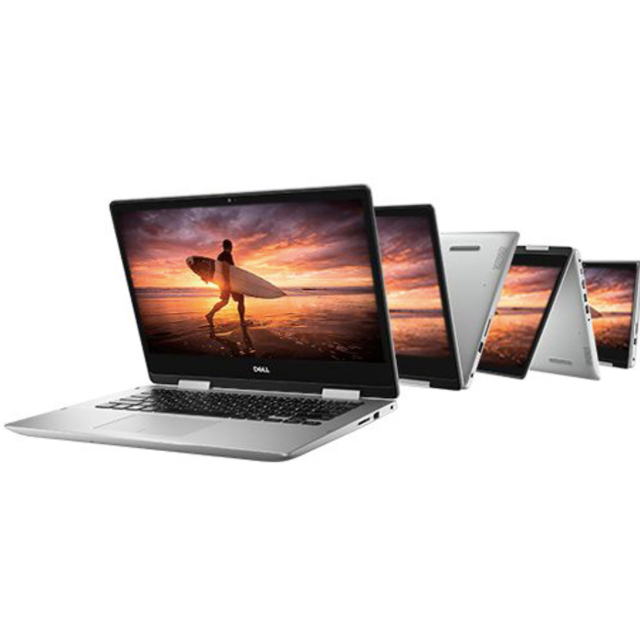 The machine has up to 8GB of RAM and webcam atop the display. The edges of the laptop houses connectivity options such as HDMI port, USB Gen 3.1 Type-A ports, SD card reader, and more. The Dell Inspiron 5491 2-in-1 laptop is selling in India starting at Rs 60,499.

The Ideapad C340 convertible laptop from Lenovo comes in AMD and Intel CPU options. The AMD version has Ryzen 7-3700U processor with 2.30GHz clock speed and Radeon RX Vega 10 Graphics ticking at its core, while the Intel variant has 1.6GHz 10th-gen Core i5 processor and up to NVIDIA GeForce MX230 GPU under the hood. The SoCs are paired with up to 8GB RAM and up to 512GB SSD storage.

The laptop isn’t as bezel-less as HP and Dell convertible machines but sports the same 14-inch FHD IPS screen. There are quad speakers with Dolby Audio support, a backlit keyboard, and optional digital pen support with a few models. The Lenovo Ideapad C340 also rocks 720p webcam with a shutter button for privacy and standard connectivity ports such as Type-C, USB Type-A, and HDMI. The Lenovo Ideapad C340 AMD variant’s price in India starts at Rs 65,990, while the Intel version costs Rs 78,490.

The ASUS ZenBook Flip 14, as the name would suggest, can flip 360-degree to use the laptop as a tablet. The stylish laptop has a 360-degree ErgoLift hinge and a 14-inch screen that bears FHD resolution and ultra-narrow bezels, giving a 90 percent screen-to-body ratio for immersive viewing experience. The ZenBook Flip 14 also features ASUS Pen and Windows Ink support to ‘accurately’ draw, write or annotate in any supported app and jot down notes, capture ideas and details — as they happen, respectively. 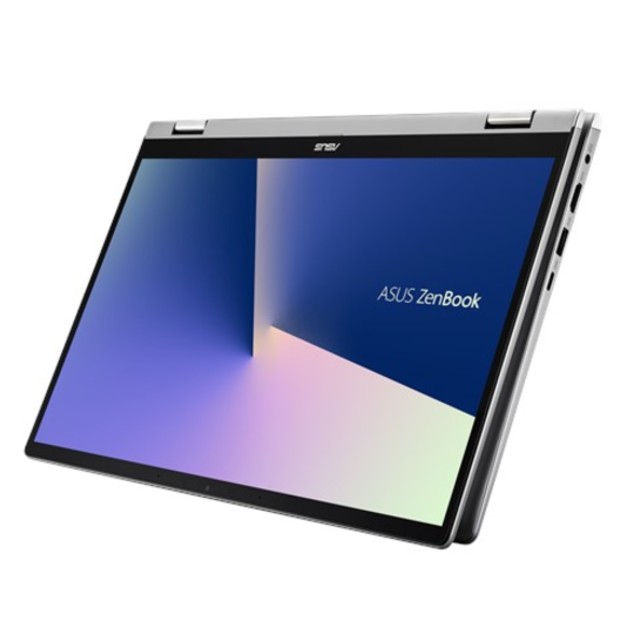 The convertible laptop is powered by up to AMD Ryzen 7 3700U Mobile processor, which is aided by 8GB RAM and 512GB SSD storage. Other highlights include Harman Kardon-certified audio system, IR HD camera, backlit keyboard, and Type-C, USB Gen 3.1 Type-A, microSD card, and other ports. The price of ASUS ZenBook Flip 14 starts at Rs 72,990.

Microsoft Surface is known for its great convertibles laptops, and the Surface Pro 7, which was introduced earlier this year in India, is no different. The detachable 2-in-1 laptop comes in as many as four variants: the base variant has 10th generation Intel Core i3-1005G1 processor, 4GB RAM, and 128GB SSD, whereas the top-end variant sports 10th-gen Core i7 platform paired with 16GB RAM and 256GB SSD. 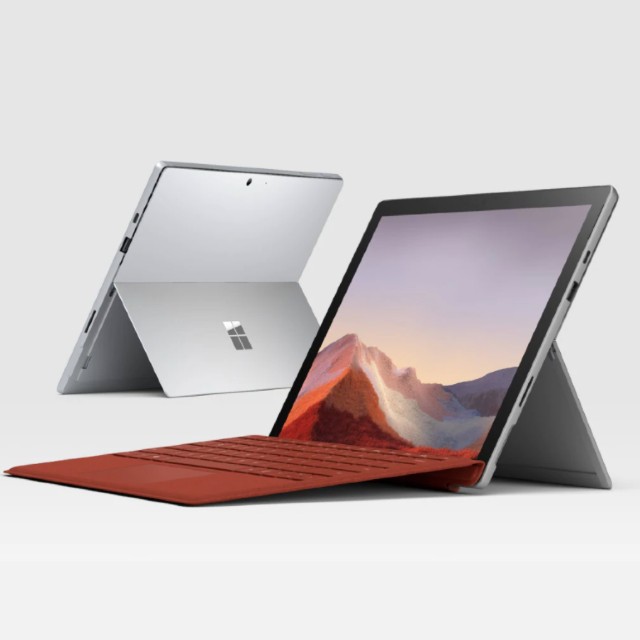 The Microsoft Surface Pro 7 other specifications include a 12.3-inch touch screen display, an 8MP rear camera with full HD video recording, and a 5MP front camera for video chats. There is a 1.6W stereo speakers with Dolby Audio and Connectivity features include Wi-Fi 6, Bluetooth 5.0 LE. As for the price, the Microsoft Surface Pro 7 is selling in India starting at Rs 72,999.

The Spectre x360 13 is the second convertible laptop from HP in the list, but this one doesn’t come cheap. Meant for office goers or business class, every aspect of this laptop speaks premium. The HP Spectre x360 13 has a classy design with angular gem-cut edges, cutaway corners, and dual-chamfer edges, making it easier to grip and operate. The 13.3-inch laptop has a slightly smaller form factor compared to other 13-inch machines, owing to the slim bezels around the display. 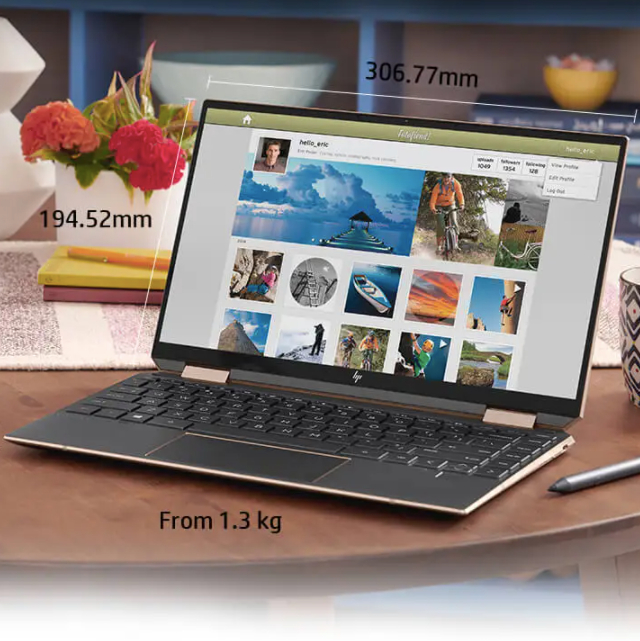 The other specifications of the HP Spectre x360 13 are also to be admired. The machine is powered by 10th-gen Intel Core i5 processor with 8GB of RAM and 256GB solid-state drive. The laptop is said to have a long-lasting battery with fast charging support that takes just 30 minutes to juice up the device from nothing to 50 percent. There is a built-in fingerprint scanner for security, scratch-resistant touchpad, and webcam kill switch to physically turn off the camera. The HP Spectre x360 13 is priced in India at Rs 1.3 lakhs. The laptop has OLED and 4G LTE variants as well.

Lenovo was among the first brands to launch convertibles laptops under its Yoga-series. The Lenovo Yoga S940 is the latest laptop in the lineup with a premium design and top-notch specifications. The machine is said to be the is the world’s first laptop featuring glass that wraps around the display for smoother edges and minimizes the appearance of already minuscule bezels. The Lenovo Yoga S940 sports an edge-to-edge 14-inch IPS display with UHD (3,840 x 2,160p) resolution and 560 nits brightness. 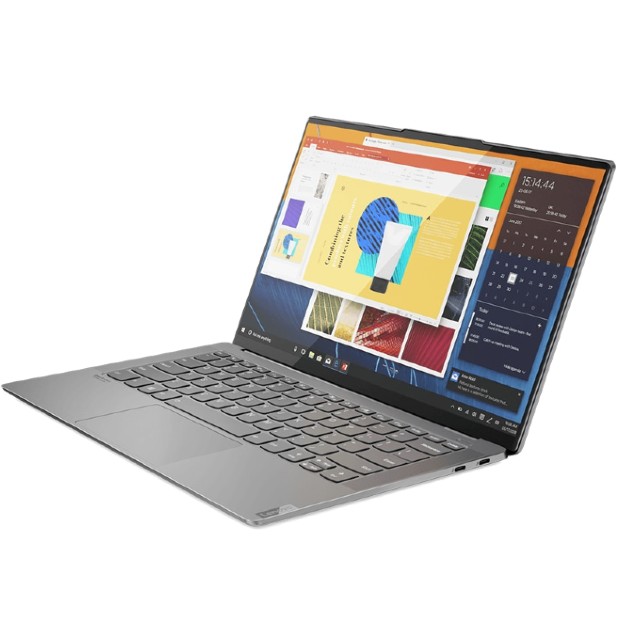 At its core lies 10th-gen Intel Core i7 processor, which is coupled with Intel UHD graphics card, up to 16GB RAM and up to 1TB SSD storage. The laptop is rated to last up to 16 hours on a single charge. Apart from this, the Lenovo Yoga S940 packs IR camera with Glance privacy software, front-facing Dolby Atmos speaker system, and connectivity options like 2 x USB-C Thunderbolt, USB-C (DC-in + USB 3.1 Gen 1), and headphone/mic combo. As for the price, the Lenovo Yoga S940 will set you back to Rs 1.46 lakhs for the base variant.