Smartphones that we use are battery-hungry because they are powerful and offer many features in one device. That is why you may feel the need for a feature phone that not only provides you with long battery backup but also lets you cut back on the mayhem. A good feature phone also offers additional features like music playback, LED torch, SOS function, and more. If you are looking for one, here are the best feature phones made by brands like Micromax, Karbonn, and Itel, among others.

Feature phones these days basically serve two purpose, long backup and sturdy build quality. If you travel a lot, these phones ensure you don’t have to hunt for a charger every second day. Here are a few things you can consider when buying a feature phone. 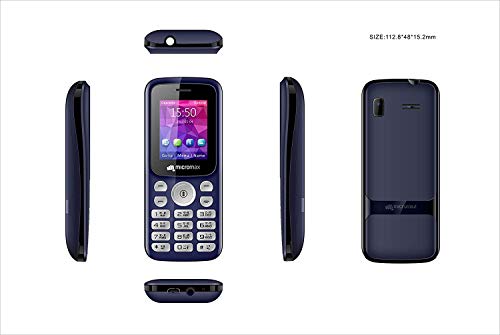 Micromax leads our list of options with its X378 feature phone. This budget device offers dual SIM support and gives you the option to listen to FM Radio without connecting earphone. The phone has a 1.77-inch colour screen and it also features other handy options like power torch, blink on call, Bluetooth calling functionality, and anti-theft support. The phone’s got enough RAM to support basic mobile tasks such as sending message or making phone calls without any slowdown. Micromax has also equipped the device with a 1MP camera at the back which can be used to click photos. The phone has an 800mAh battery that can easily run through for days without having to charge. Buyers find its features and performance befitting of its price, and the battery life is a strong reason why people have got this device. 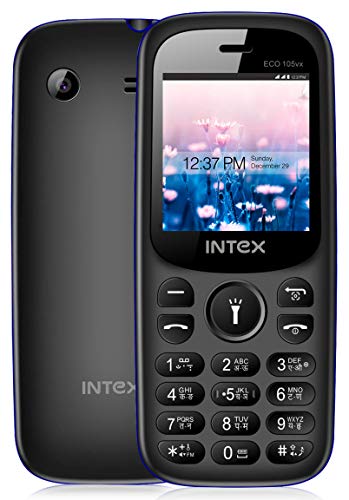 Intex Eco 105vx is our next pick for buyers, and the company has packed in a lot of features that you might find appealing. This feature phone packs a 1050mAh battery which makes it ideal for long journeys. The phone has a basic 1.8-inch display with support for QVGA screen resolution of 128×160 pixels. Intex has equipped the phone with an alphanumeric QWERTY keypad that has quite a lot of useful functions. The phone even has an LED torch that can be quickly accessed from the centre button. Intex is one of the few brand that offers expandable memory on a feature. You can add storage up to 32GB using microSD card on this phone. To give more value to the phone, it has a 0.3MP camera with a zoom feature, which again is very rarely seen on phones in this range. People have bought the phone for its durability and the additional features that a budget device is offering to them. 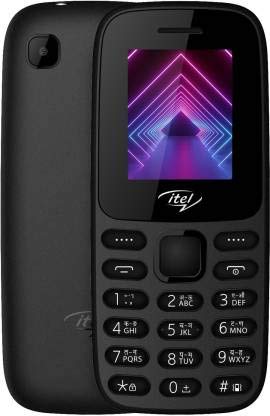 Itel it2163 is the next feature phone to get our recommendation. Itel is giving the users the option to store up to 2000 contacts with the help of built-in memory card support. The it2163 gets a basic 2.8-inch colour display. It also lets you use the phone in several local languages, making it the perfect device for aged people who might not be well versed in English. It offers dual SIM connectivity and even after that you can easily get it to last for over a week on a single charge. Itel has also added super battery mode, which gives you more backup for limited features. The phone has a torch, supports auto-call recording, and comes with Bluetooth option as well. It sports a candy bar design and has a QWERTY keypad with soft-touch buttons that offer easy grip and typing experience. Most buyers find the device easy to use, and its feature set appeal to them at this price. 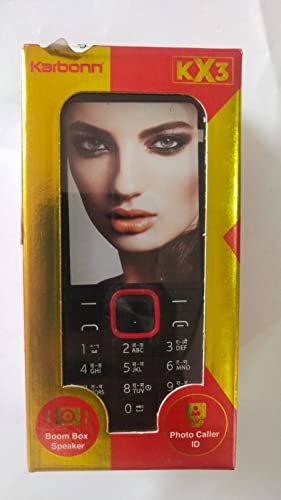 Karbonn might be facing challenges with smartphones in the market. But the brand is still a decent bet with its affordable feature phones for buyers. And the Karbonn KX3 brings a host of features at an affordable price for those who need a feature phone. This device gets a candybar design, and has a 1.8-inch TFT screen with support for 320×240 pixels resolution. It comes with 4MB RAM and offers 4GB internal memory, which is further expandable up to 32GB thanks to microSD card slot. The KX3 lets you use two networks and even after that the 800mAh battery is capable of lasting you for well over several days. The phone comes equipped with several other functions like mobile tracker, power saving mode, auto-call recorder, GPRS and more. Even though it’s a feature phone, you get a 0.3MP VGA camera. One of the big highlights of the KX3 is that it features a boom box speaker that lets you play FM Radio in wireless mode. Karbonn is one of the top pick among buyers, which is why the KX3 is a reliable and affordable device they go for it. 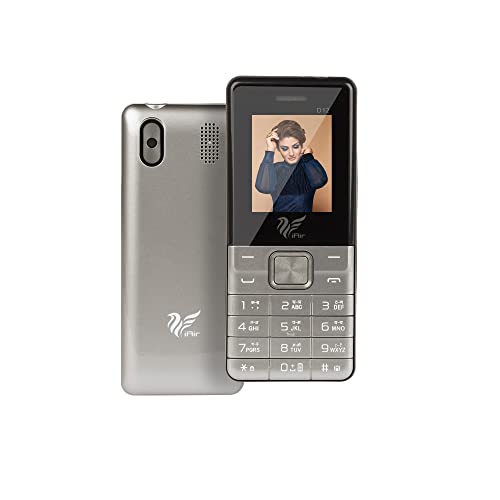 IAIR is new brand in the market with its feature-rich budget phones. The brand has its Basic phone that we can recommend over here in this range. It gets a 1.77-inch display with 160×128 pixels resolution. The company has given it a sleek and stylish design without compromising on its features. Basic has a palm-friendly layout and provides you with a comfortable grip. The phone has an alpha-numeric keypad with support for multiple languages. The memory is expandable up to 8GB which is sufficient to store contacts up to 1000 and other personal data. The phone has LED torch, FM Radio, voice dialer, 3.5mm headphone jack, and GPS as well. You also have a built-in MP3 player to listen to your favourite tracks on the move. And there is an option to record voice calls as well. All these features are adequately backed up with a 2800mAh battery that offers long backup. As you would expect, people pick this phone for offering Bluetooth and GPS connectivity at this price. 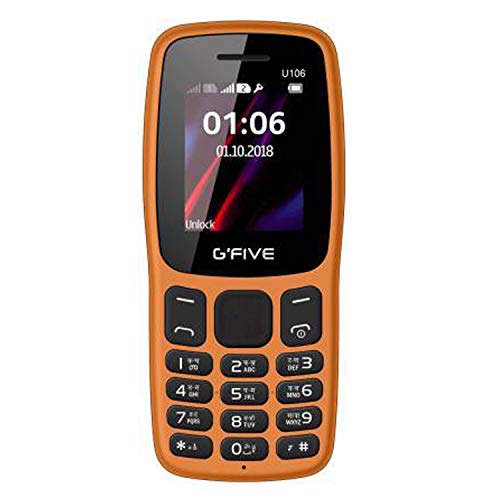 Next up, you have the G’Five U106 which is another budget feature phone to serve your basic needs. This is another product which houses a 1.77-inch display with colour output. You can use 2G network SIM on this phone, which is available in most parts of the country. G’Five is offering 32MB memory which suffices for most data stored on such devices. This is another feature phone which supports Bluetooth, MP3 player, and FM Radio as the multimedia and connectivity options for users. The brand has included a 1000mAh battery which may not sound like a lot but for a phone with such capabilities it is more than enough to offer backup of multiple days. The alphanumeric keypad helps you with support for multiple languages and other features offered by the phone. To make things better, G’Five has added a 0.3MP camera at the back. Buyers can pick this phone for its long backup and other multimedia features. 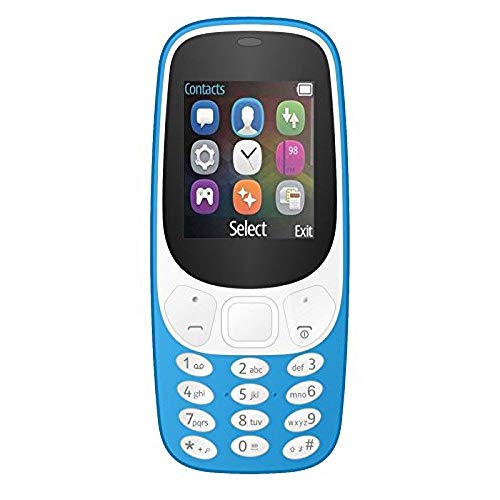 IKALL K3310 is also among our choices for the buyer, mostly because of its resemblance to the Nokia 3310 feature phone. And unlike the latter, you can get this phone from IKAll for well under Rs 1000 in the market. The candy bar design catches your eye straight away along with 1.8-inch colour display which is bright and sharp. It comes with 32MB RAM and provides you with expandable storage up to 8GB if required. IKALL has developed the phone for ease of use by enlargening the font size on the screen and also given it a comfortable grip with a palm-friendly design. Other notable features on this device are dual SIM connectivity, video player, FM, LED torch, and Bluetooth. The phone packs a 1000mAh battery which offers long backup for multiple days. And you even have a camera at the back to capture quick moments. Understandably, design of the K3310 appeals to buyers who also pick it over others for its features and battery life. 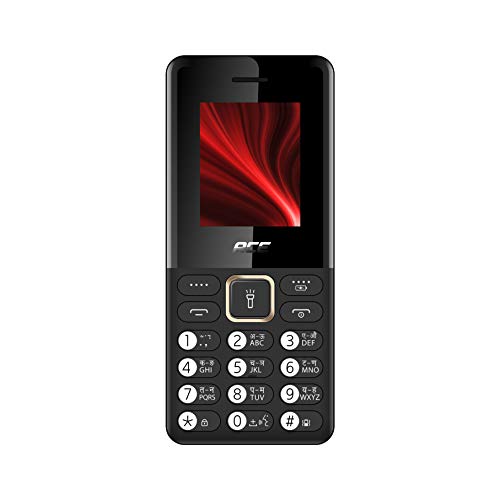 Itel has another exiting choice for feature phone buyers in the form of Ace. Unlike most devices in this range, you get the option to take calls via Bluetooth device paired with the Ace phone. itel has equipped the phone with a 1.8-inch screen, and support for 8 Indian languages for input purpose. This phone lets you store up to 2000 contacts in the memory and offers wireless FM feature with recording option available as well. Ace also gives you the option to record audio calls and has a vibration mode as well. Torch is also part of the feature set of this device from itel. And the 1000mAh battery promises long back without requiring regular charging. You can use multiple networks on the device, which makes it ideal for travel purpose. Most people like this device for its price, the features offered and the battery life available. 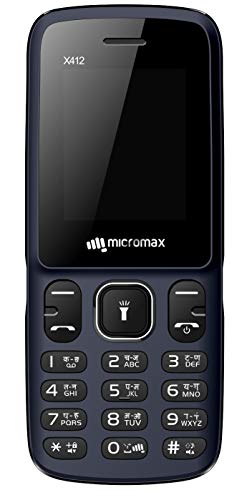 Micromax gets another mention from us with its X412 feature phone in the market. It is one of the few phone to support microUSB for charging. Apart from that, the phone has a candy bar design with strong focus on comfortable grip and ease of use with tactile buttons. It features a 1.77-inch display with support for 320×240 pixels quality. Micromax has loaded the phone with an 800mAh battery for long backup, and you get 32MB memory which is further expandable up to 8GB. It has a dedicated torch button at the centre for quick access. Micromax has also offered auto call recording feature for users who find it useful. People who got the X412 have been pleased with its quality for the price, and also recommend others to go for it. 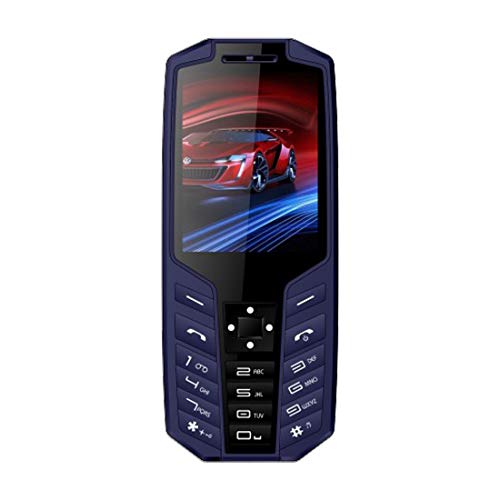 And the final option we can suggest to buyers is another I Kall model K50. The stylish design and polycarbonate are some of its big highlights, appealing people with its dual tone touch on the keypad and the edges. It sports a 2.8-inch display with support for 320×240 pixels resolution. The phone gets 32MB RAM and 64MB storage which is further expandable up to 8GB RAM using the microSD card. The K50 is also a dual SIM phone and you get it with music player, video player, FM Radio, Torch light, Bluetooth and a camera at the back as well. With so many features packed in, iKall is ensuring the K50 gets sufficient backup provided by the built-in 2000mAh battery which offers standby time of 7 days and also supports fast charging. For this price, people find it value for money, and suggest others to consider it for their usage, especially with its long backup.