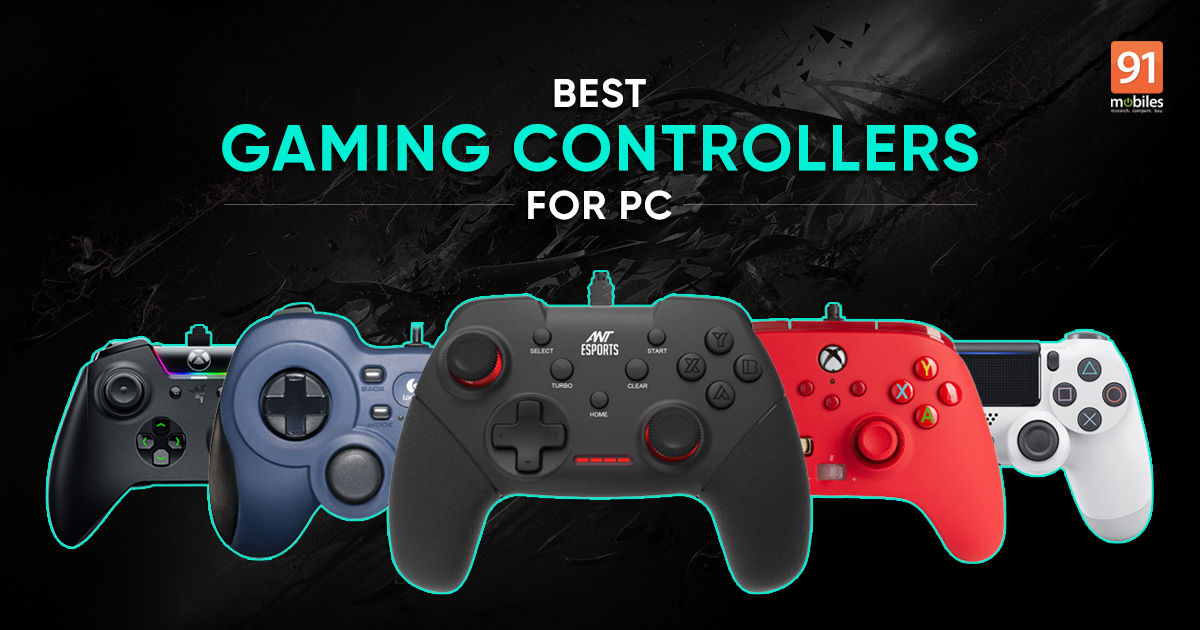 A true PC gamer will swear by a mouse and keyboard combo, but there are certain game genres that work better with a gamepad or controller. Sports games like FIFA, racing titles such Forza Horizon and fighter games like Mortal Kombat feel a lot more intuitive when played using a controller. Today it doesn’t matter if you are a budget gamer, or like to indulge in the most premium peripherals. One can easily find a solid controller that suits their setup and style of gaming.

We have listed some of the best ones on the market if you are on the lookout for a new gaming controller for PC gaming.

List of best gaming controllers for PC in India 2022 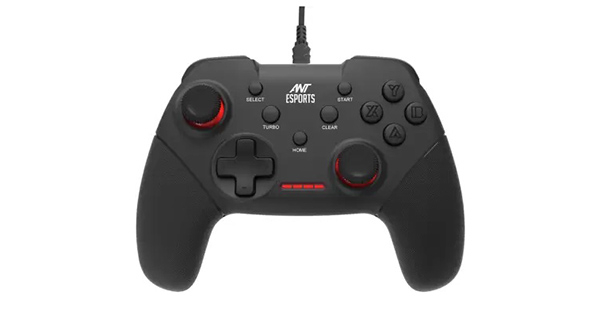 Starting with the more affordable options, Ant Esports offers the GP100 which is a simple plug and play USB wired gamepad. It features two textured analogue sticks, a D-Pad, ABXY buttons and shoulder buttons (L1,L2/R1, R2). There are also a bunch of extra buttons in the middle for additional functionality. While the overall construction of the controller is decent, the grips have a rubberised texture finish and it offers excellent ergonomics. The company also notes some additional features including vibration feedback, multi-mode support for Xinput/DirectInput /Android, JD-Switch Function, that can exchange the functions of D-pad and left-stick in Xinput mode and Turbo function, which can set the button to realize automatic rapid repeating-hitting function. 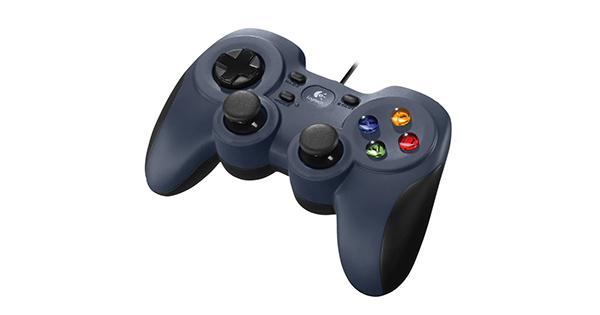 Logitech is a reliable name when it comes to PC peripherals. The F310 gamepad is almost a legacy product, but continues to be the choice of many budget gamers who are looking for a trustworthy controller. It has a very standard layout with two analogue sticks next to each other, a D-Pad, ABXY buttons, shoulder buttons, and a quick toggle switch at the back for XInput/DirectInput modes. The controller feels solid in the hand despite the basic plastic finish, and additionally offers support for Steam Big Picture and can be used with an Android TV. 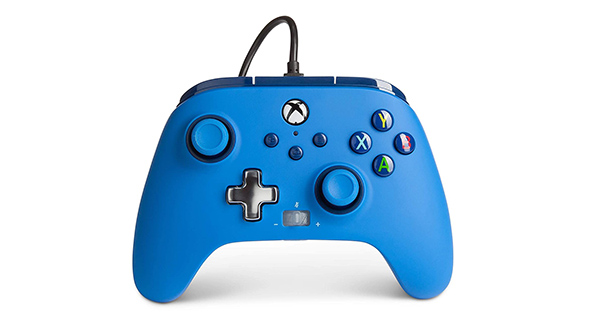 A highly recommended alternative for the Xbox Controller, the PowerA Enhanced is a fairly well priced wired controller for PC gaming. In fact, it looks and feels very similar to the standard Xbox Series X controller with the addition of a removable USB cable, volume controls, and two additional programmable trigger buttons at the back. Available in a variety of colours, the PowerA Enhanced is an excellent choice for someone looking for a solid wired controller that offers the same functionality of an Xbox controller. 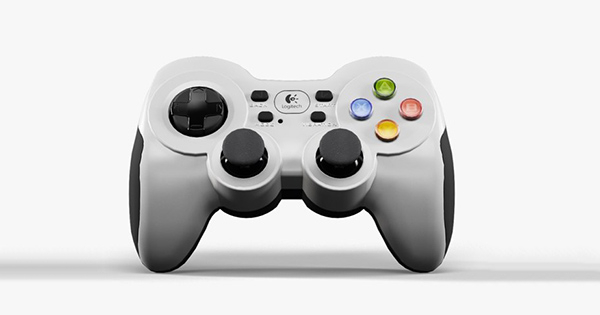 The Logitech F710 comes with an old-school design which is basically similar to the F310, but with 2.4GHz wireless connectivity. Just like the F310, it supports Windows, Steam and Android TV devices, and comes with a nano-USB dongle. This one can also switch between XInput or DirectInput modes along with an inbuilt dual-vibration feedback motors. If you are looking for a no-fuss wireless gaming controller, then this just might be it.

Cons:
-Connectivity is dodgy
-Not the most comfortable controller 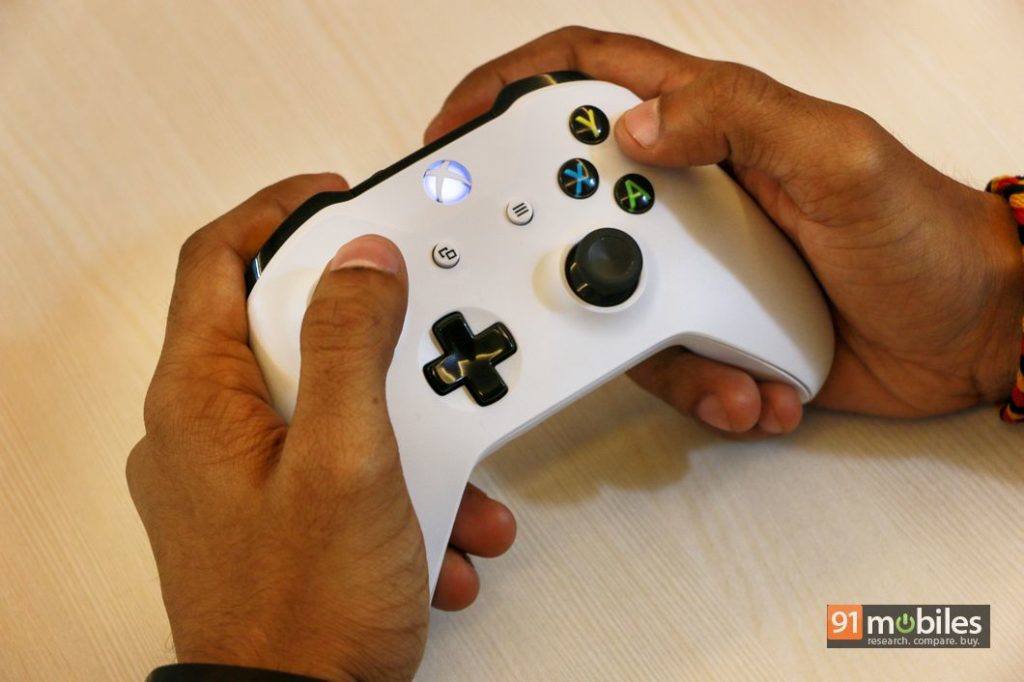 The Xbox One controller was succeeded by the Xbox Series controller with the launch of Microsoft’s Xbox Series X and Series S consoles. There isn’t a lot of difference between the two, with only a few added features on the Series controller. At the same time it is our recommendation for the best wireless controllers for PC gaming. It is fully compatible with Windows and offers excellent performance for all types of gaming genres. Apart from Bluetooth wireless connectivity, the controller can be connected using the bundled USB Type-C cable or using the Xbox Wireless Adapter, which is sold separately. Expect a premium design, and a responsive vibration motor for an immersive gaming experience.

Cons:
-No rechargeable battery in box
-Not a major update from previous version 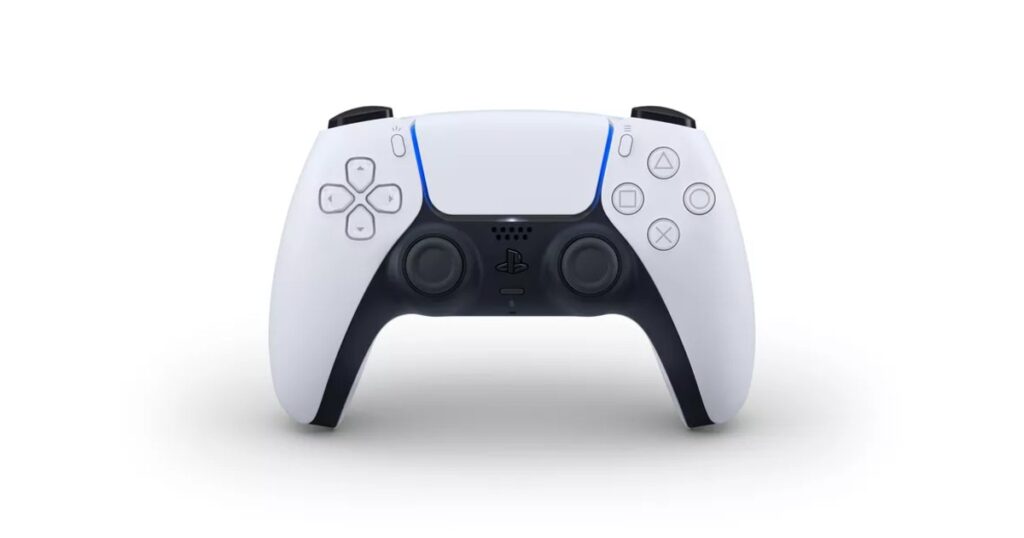 Sony’s next-gen controller for its new PlayStation 5 offers the same connectivity options as its predecessor. Essentially what that means is that the new DualSense Wireless controller can be used with a PC. Apart from the slick revamped design, the controller comes with enhanced haptic feedback while the new adaptive triggers are truly game changing, although there is limited game support. The controller can be connected to your PC via Bluetooth or using a USB-C cable for wired connection. While the controller can be configured with Steam, there might be instances where certain games are not supported. Hence, it is best that you do a bit of research for workarounds before purchasing this controller. 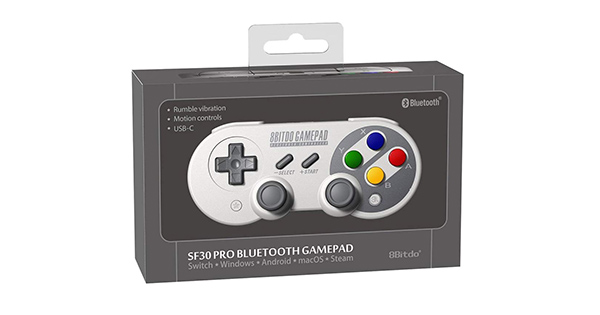 This one is for all you retro gaming fans out there. 8Bitdo has been making some really interesting controllers with the SF30 Pro offering a nostalgic design with a modern twist. The wireless controller offers support for Windows, MacOS, Steam, Android, Raspberry Pie and Nintendo Switch. According to the company the SN30 Pro is the world’s first, fully featured retro controller featuring a full button set with clickable joysticks, rumble vibration, motion controls, wireless Bluetooth, rechargeable battery, home and screen shot buttons, and a USB-C connector. Basically, this is one of the best multi-platform controllers on the market today.

Cons:
-Occasional misreads on the D-Pad
-Not the best grip design 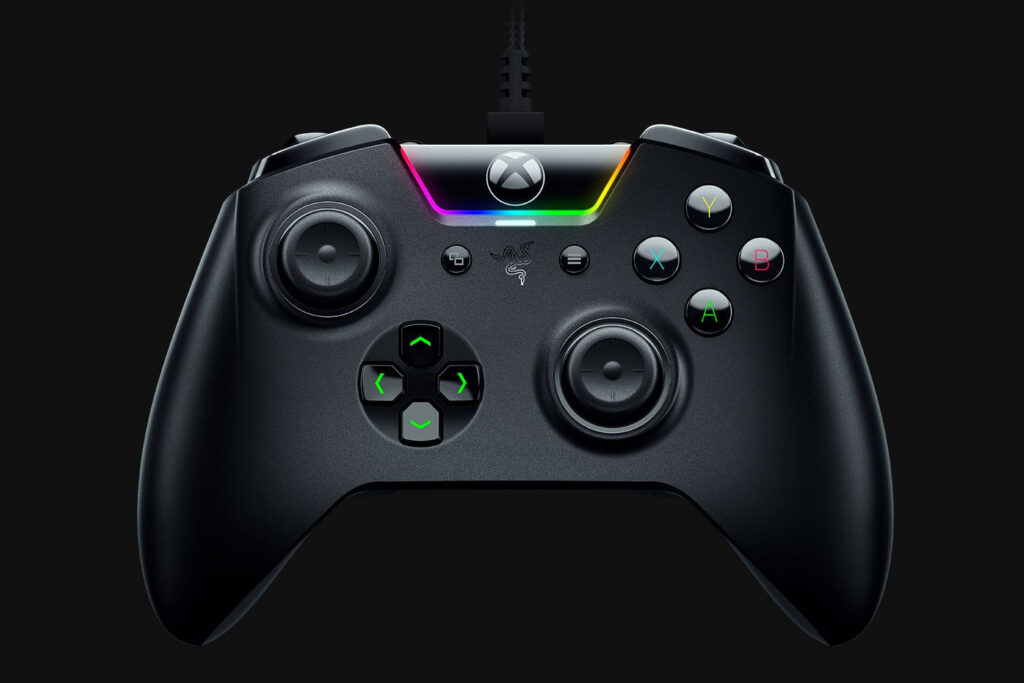 One just cannot ignore Razer when talking about gaming peripherals. The Razer Wolverine Tournament Edition is a premium game controller that has all the bells and whistles including the company’s signature Chroma RGB lighting. The controller has a high-quality design and build with 4 additional remappable buttons that can be done using Razer’s own software. It also comes with trigger stops for rapid-fire an ergonomic non-slip rubber grip, a 3.5 mm audio jack for audio output and microphone input and a quick-release USB cable with a 10-ft braided fiber cable. Apart from that Razer has also focused on the vibration motors, and giving precise sensitivity control to gamers for greater aiming precision or speedy response.

Cons:
-Cable not easily replaceable due to unique shape
-Expensive 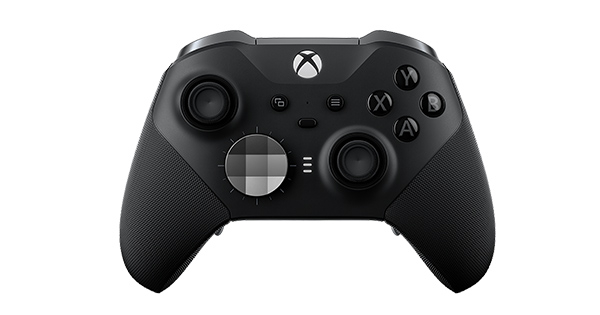 Apart from the Xbox One and Series controllers, Microsoft also sells the more premium Elite Wireless controller. These are meant for gamers who want more ‘pro-level’ controls and feature adjustable-tension thumbsticks, shorter hair trigger locks and re-engineered components for a more responsive experience. It also features a wrap-around rubberized grip for better handling and four paddle-based buttons at the back that are fully customizable along with the other buttons and triggers. 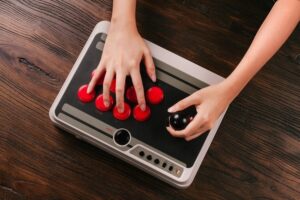 A 90’s kid like me would definitely remember the good old gaming parlors where you could whack those arcade sticks and tap hard on the round clicky buttons. You can relive those days with the 8BitDo Arcade Stick. Using the dedicated software one can control over everything on the deck including the ability to customize button mapping and create macros with any button combination.It also comes with two dedicated macro buttons and offers the ability to create controller profiles that can be quickly switched at any time. Best of all, this arcade stick can be connected using a USB cable, or wirelessly via Bluetooth or using a 2.4GHz dongle.

Cons:
-Only good for casual gamers