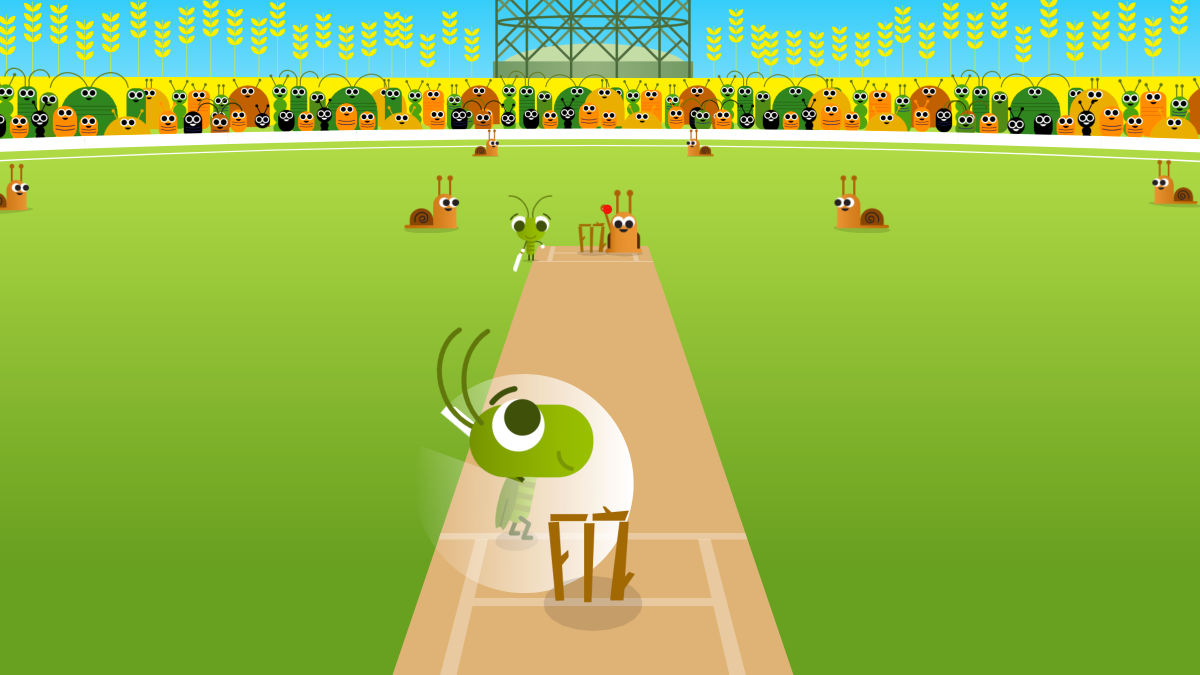 Besides searches, Google is baked with several fun hidden games. We have picked the top 10 Google games to play for free in this article. The list includes Snake, Tic-Tac-Toe, Cricket, Pac-Man, Basketball, Pony Express, and more. These are very casual games that anyone can indulge in as long as the device is connected to the internet. Additionally, there is no need to download any application or install the software. The Google games work on every device out there, whether it is Android mobile phone, iPhone, laptop, or PC. So, without any further ado, let’s check out the list:

If you’re someone who is fond of playing casual games every once in a while, then give these Google games a try. 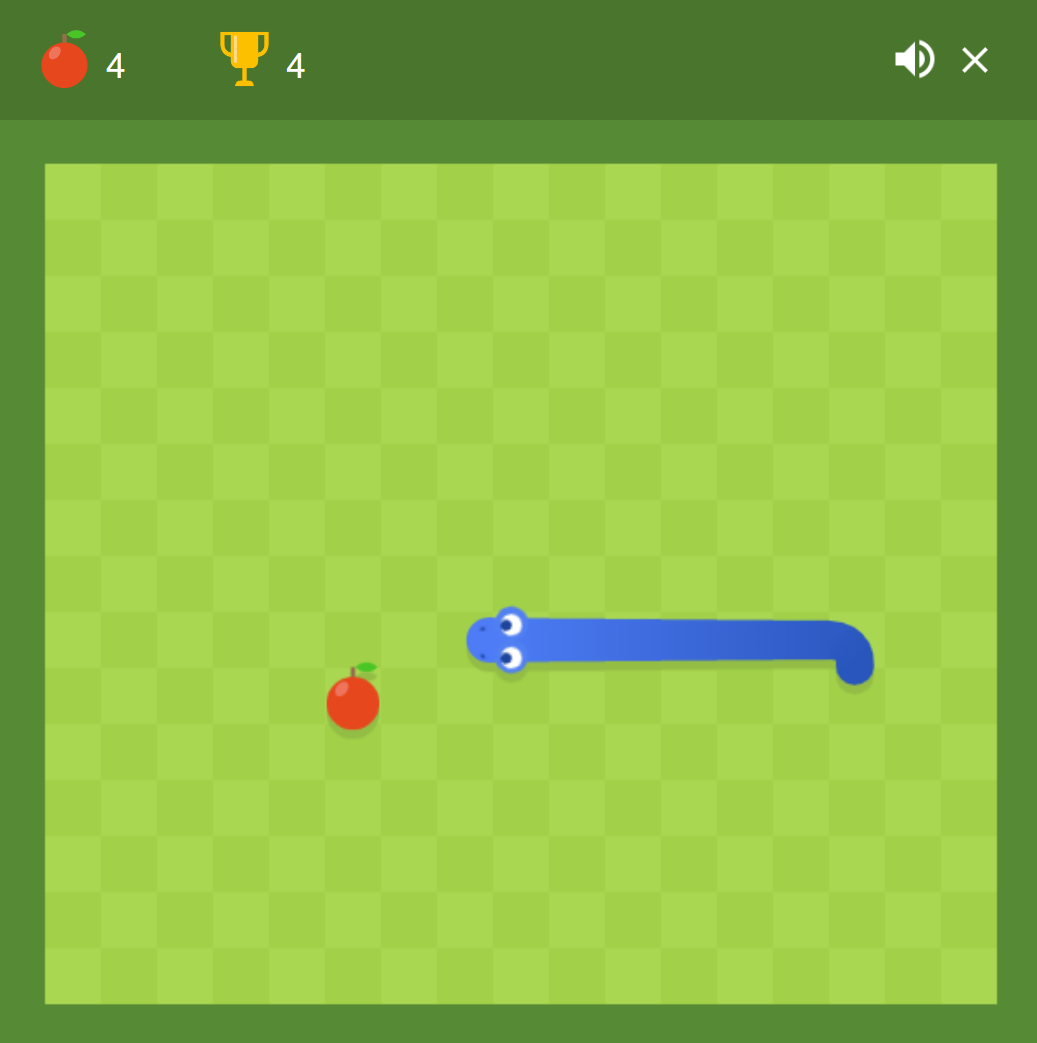 Let’s kickstart things with one of the most popular games of all time, Snake. Debuted back in the 90s on Nokia phones, the main goal in this game is to consume as many apples as possible and not bump into the walls of the box or else you’ll lose the game. The more apples you consume, the higher will be the score. But remember, the game can get quite intense when the snake grows longer as the space to move around can get crammed, which increases the possibility of losing. To give it a modern twist, Google has incorporated several game modes and customisation options for players to choose from.

In order to play the Snake game, simply head over to Google on your mobile or PC and type in ‘Play snake’. Hit enter and you’ll be instantly greeted with a ‘Play’ button along with the game’s banner. To customise game modes and the aesthetics of the background, click on the ‘gear’ icon to tweak various settings according to your liking. 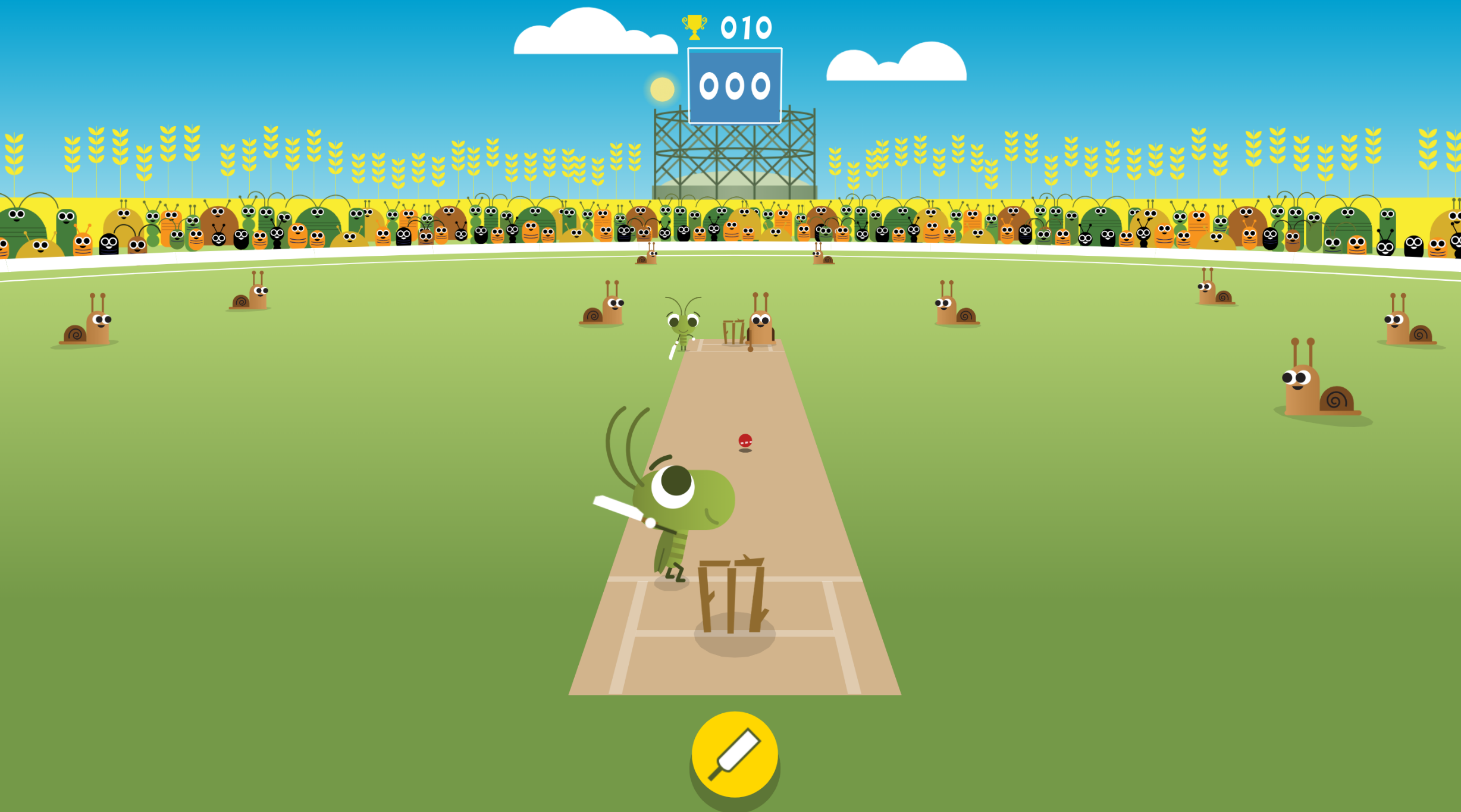 Want to enjoy some cricketing action but don’t feel like installing any app or game? Google Search has got you covered. With just the spacebar or the mouse as your controls, in this fun little cricket game, all you have to do is to score as many runs as possible for your team. When the ball is bowled, either press the spacebar or the left mouse button to hit the ball. Your player will take the runs on its own depending upon the distance the ball has been hit for. When timed right, you can even score huge sixes and boundaries.

to play this game, all you have to do is go to Google and enter ‘cricket google game’ in the search bar. Click on the first result that comes up and start hammering some sixes. The game can also be found here. 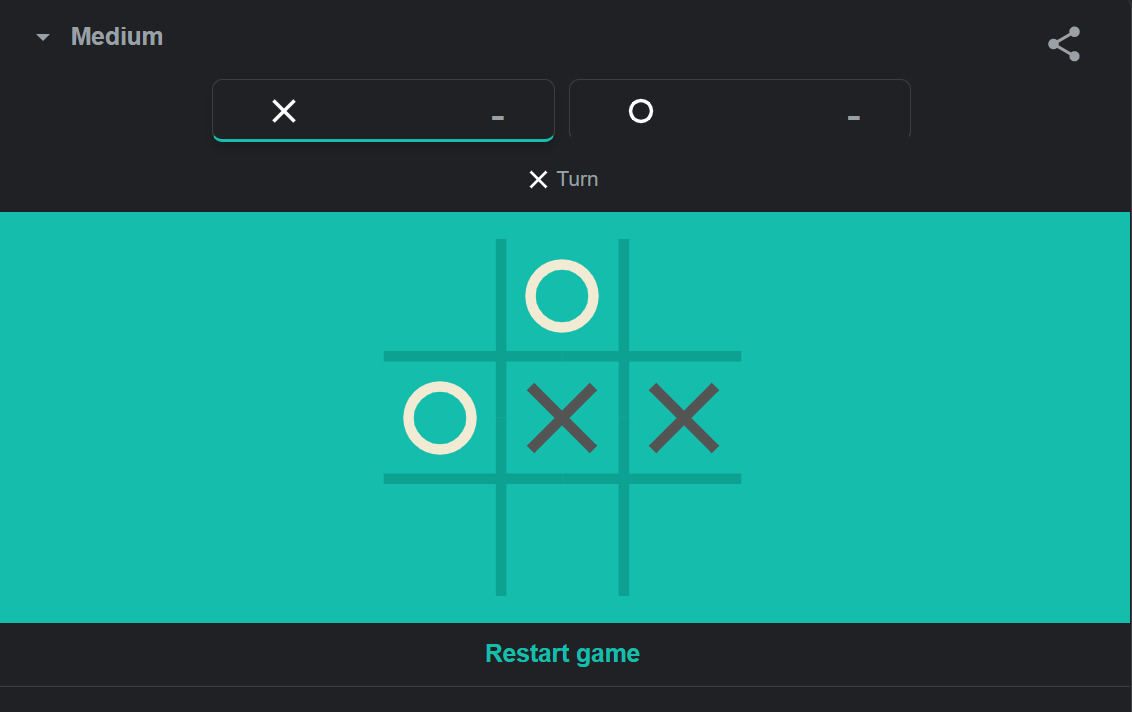 Tic-Tac-Toe is yet another widely popular game Google has implemented into its search engine. In this turn-by-turn game, you play against an AI and try to arrange Xs or Os in a vertical, horizontal or diagonal line on a three-by-three grid to score a point. Games can also end up being tied when both of the players block each other’s attempt to create a line.

To play this game, search for ‘tic tac tao’ on Google and you’ll be presented with the game’s layout. To start the game, just tap on of the boxes on the grid to place your mark i.e. either an X or an O. The game’s difficulty can also be tweaked from the button on the corner. 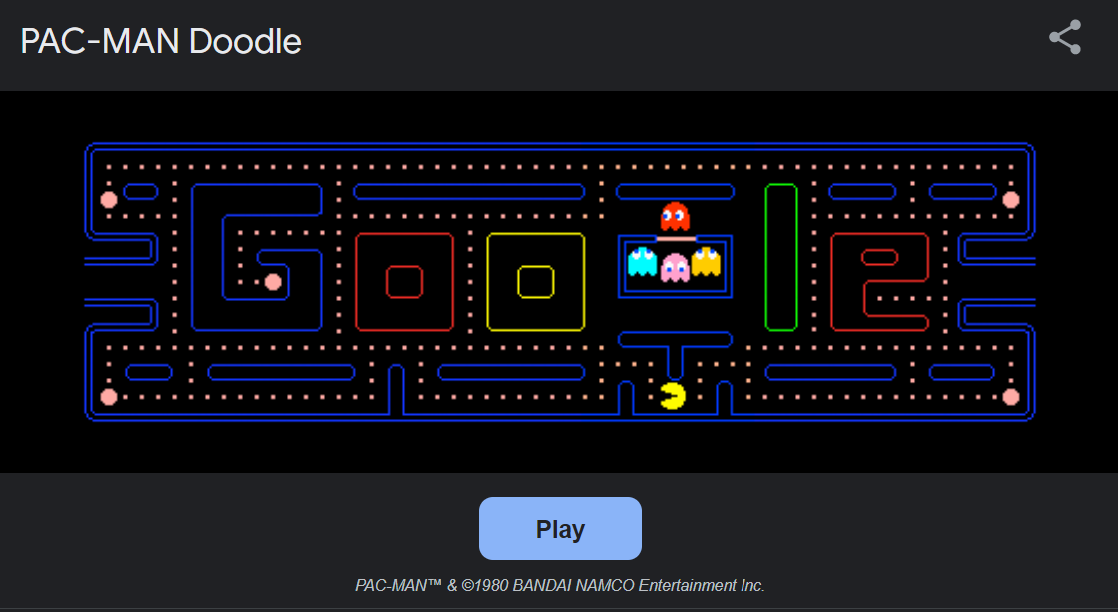 Google has ensured to keep one of the most iconic games from the 80s relevant even to this day. For those unaware, in this game, you will have to make your way through a maze by consuming all the dots and avoiding the four ghosts that’ll be on your trail chasing you. To tackle them, grab the big dot on each corner of the maze which will give you the ability to consume them. But they won’t be out of the way for long so complete the level as quickly as possible.

On your phone or PC, head over to Google search and type in ‘pac-man’. When the results page loads, hit the “Play” button and entertain yourself with a game of Pac-Man. 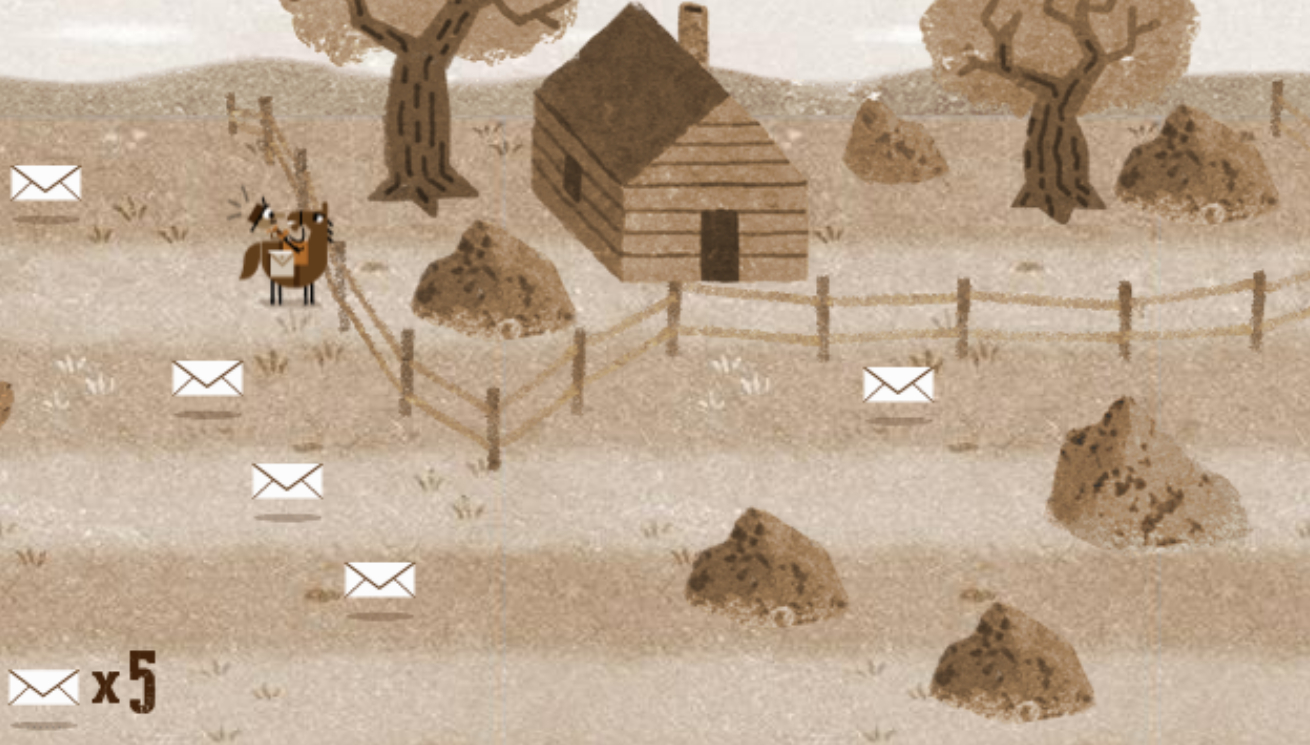 To kill some of your free time, you can play Pony Express on Google. As the name would suggest, the character in the game rides on a pony and collects the letters and mails found along the way to deliver them to the end destination. With the arrow keys acting as the only controls, you have to avoid the obstacles such as cacti and rocks in your path and reach the finishing line to advance to the next levels.

On Google Search, type in ‘play pony express’ and click on the first result that shows. Hit the play button to begin your in-game journey as a pony rider. Alternatively, you can also go to Google Doodle’s website directly to play the hidden game. 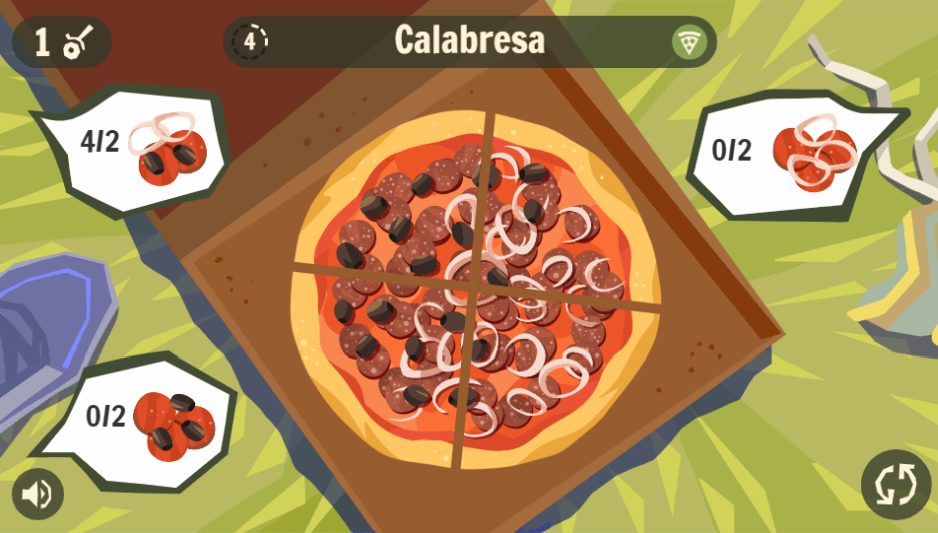 This particular game requires you to cut the pizza with delicious toppings as per the order from customers. But the real challenge here is to divide the slices equally so that each slice gets enough and an adequate amount of toppings. The mini-game gradually bumps up its difficulty as you progress by slicing more and more pizzas.

The game may not be available directly on Google. So all you need to do is search for ‘play pizza game on google and click on the first result that shows up.

Another fun sports game in Google’s arsenal is basketball. To keep things simple, all you need to do is score as many points as possible within the given time. You can either use the space bar or the mouse to aim for the basket. As the game progresses, the character starts moving forward and backwards making it difficult for you to aim.

To play this fun and interesting basketball game, search for ‘play basketball google’ on Google Search and tap on the first result that shows up. Alternatively, you can also go to Google Doodle’s website directly to play the hidden game. 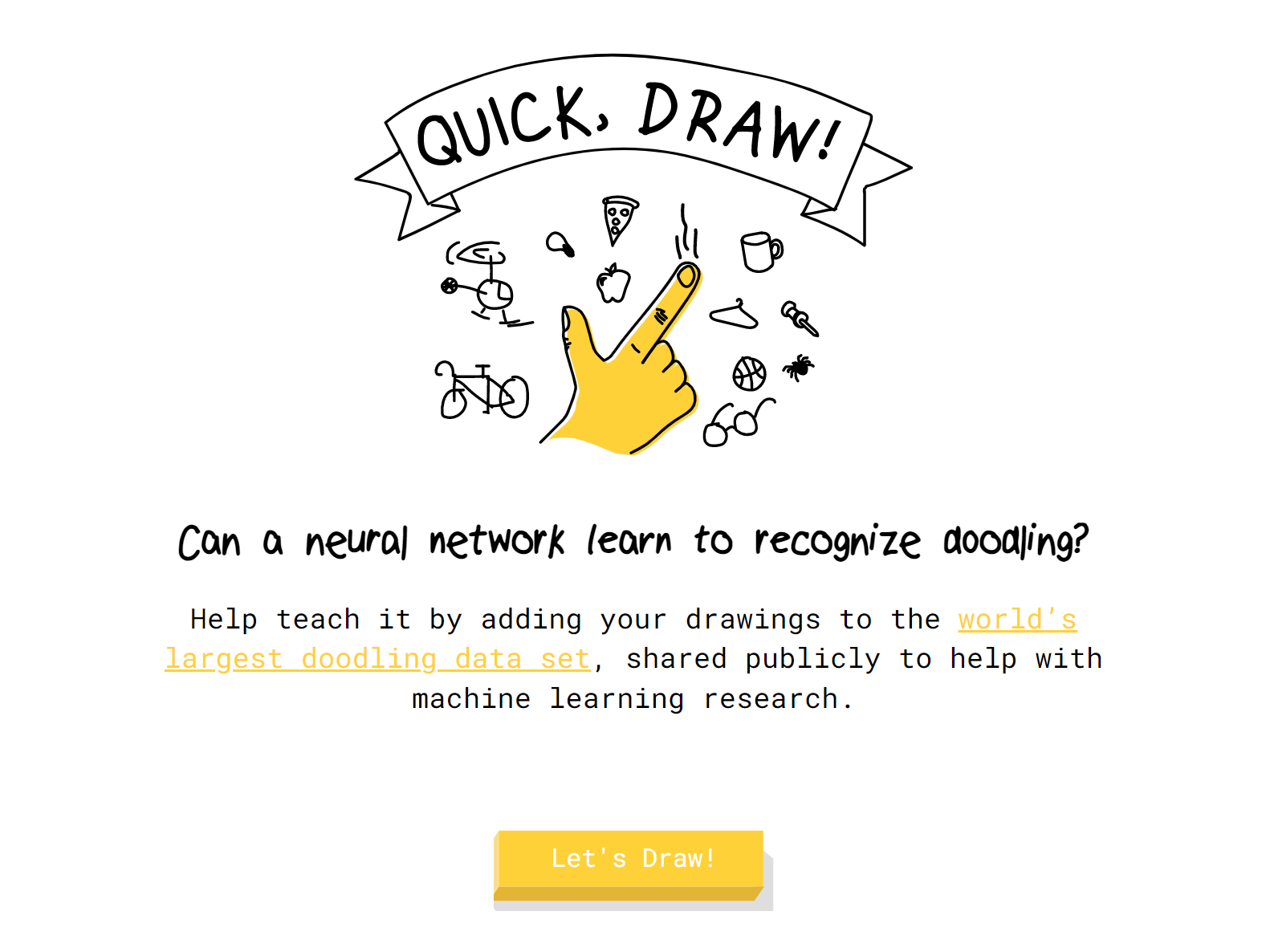 Want to be amazed by AI and machine learning? Then you need to check out ‘Quick Draw’ by Google. This may not exactly be considered a game as you have no controls apart from scribbling drawings. Upon starting, the program will instruct you to draw an object within 20 seconds and the AI will guess it based on your drawing.

Simply go ahead and search for ‘quick draw’ on Google. Click on the first result that shows up and start scribbling objects for the AI to guess. 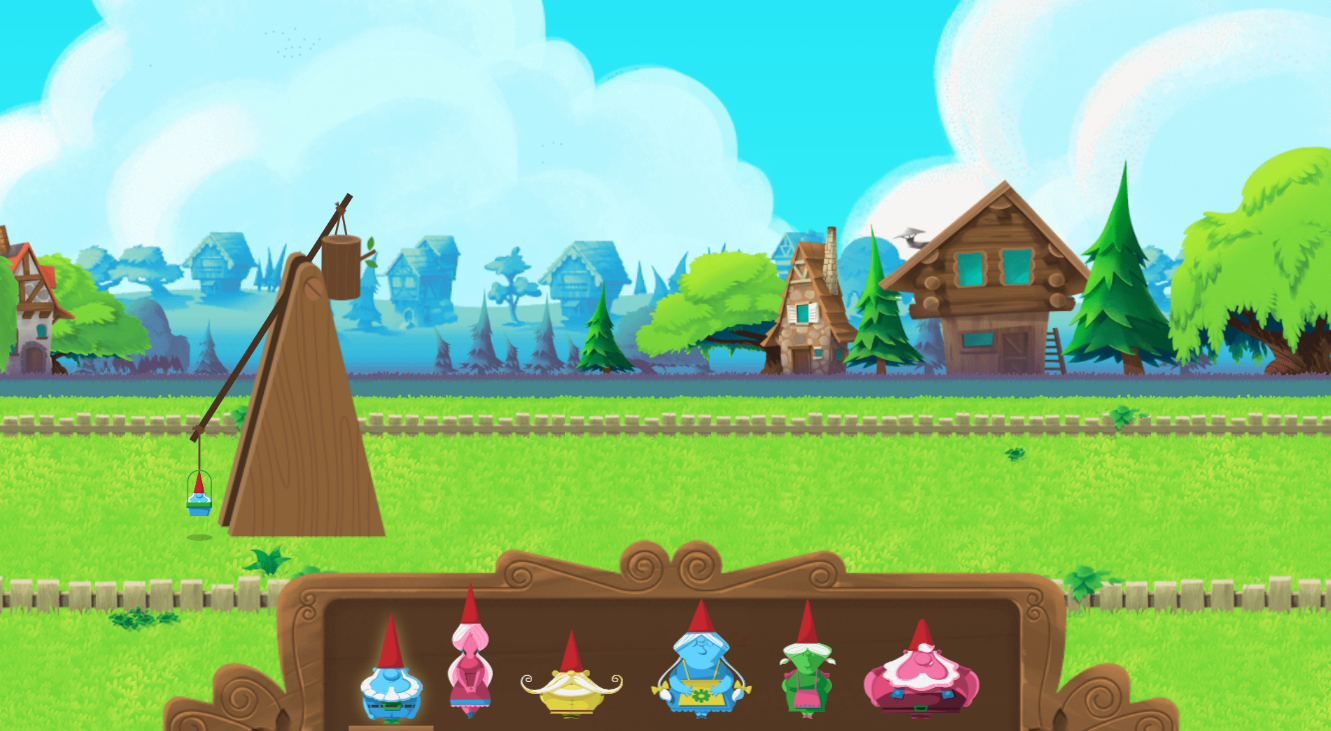 Garden Gnomes is a game in which you have to catapult your gnomes across the garden and achieve as long distances as possible. Each gnome has its own unique ability that’ll help you to score higher.

In order to play the game, just search ‘play garden gnomes’ on Google. You’ll find the game’s layout in the results section. If it doesn’t show up in the results, check out the game from here. 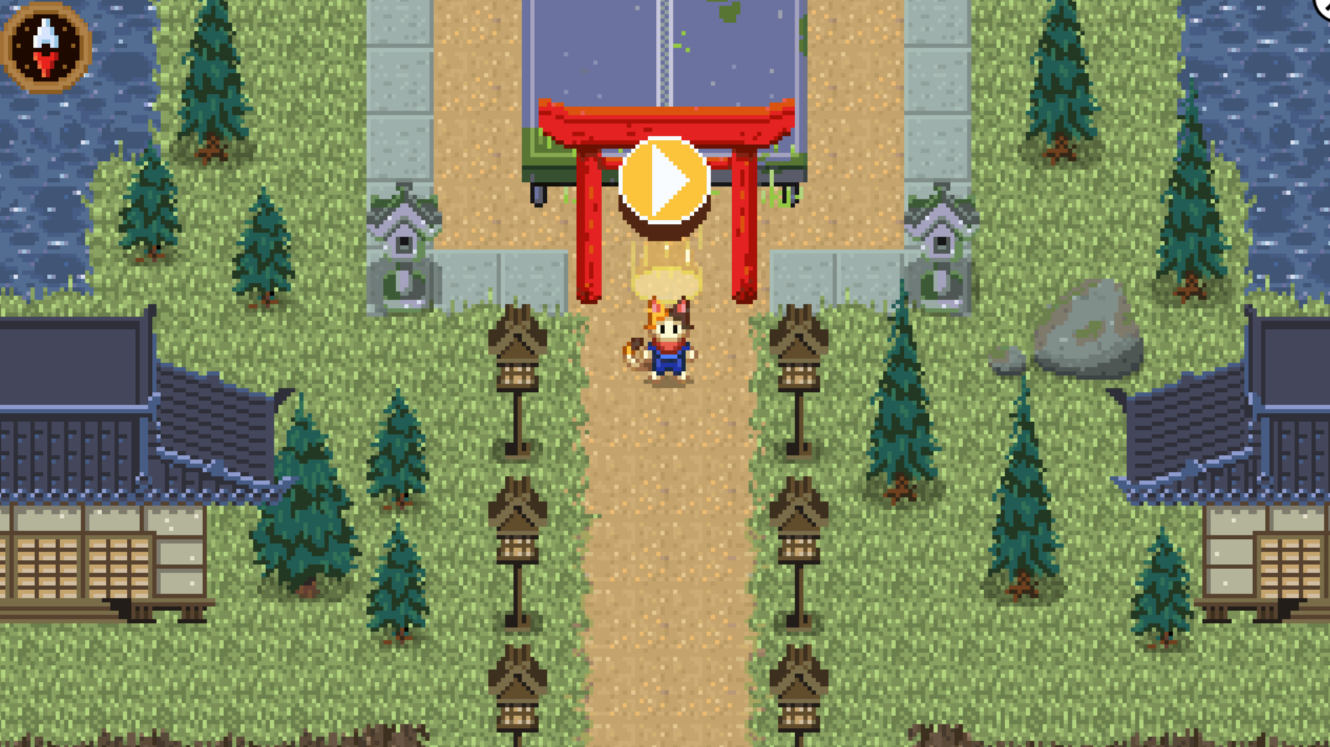 Championship Island is one of the latest games to be added to Google. Based on the Tokyo Olympics 2021, this Google Doodle comprises several mini-games spread across an island. Players can move around and access any game they would like to play. This particular game is highly inspired by Pokeman games from back in the day because of the similar environment and player movements.

To play the game, head over to Google and type in ‘play island games’. Complete several quests to gain badges and advance to newer levels.

Here’s a list of hidden Google games and where they can be found.