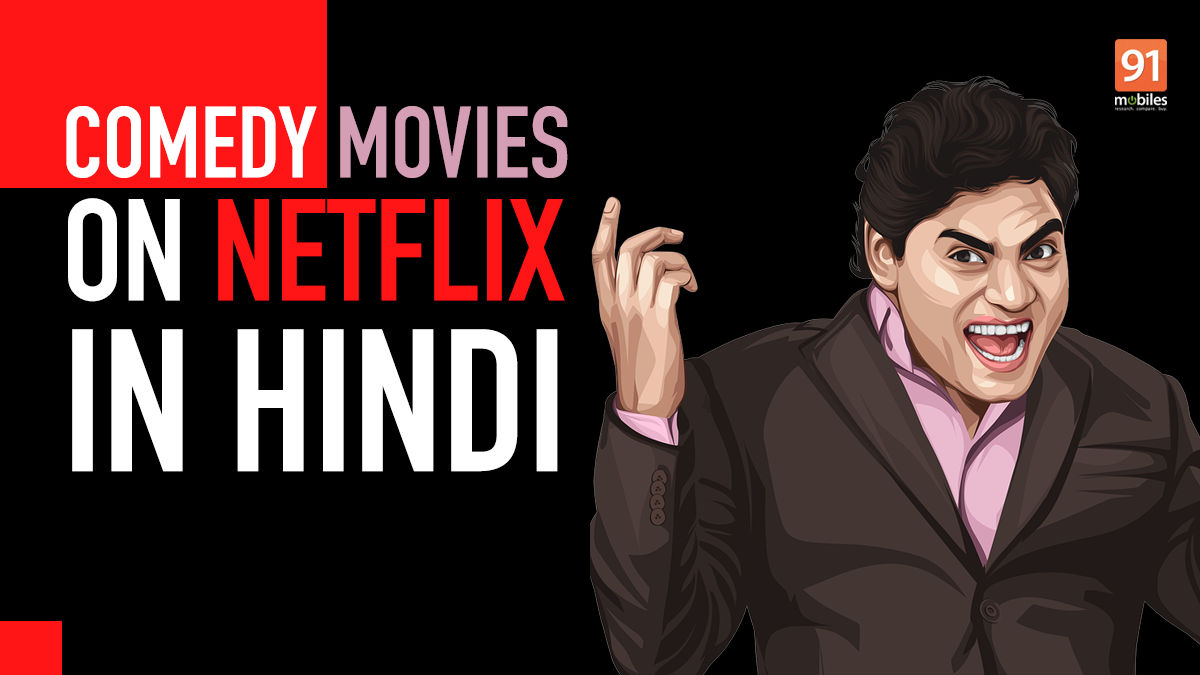 Bollywood has churned out some of the best Hindi comedy movies, with a lot of them turning into cult classics and quoted in memes even today. With actors like Paresh Rawal, Rajpal Yadav, Anil Kapoor, and more, adorning the casts of these films, there is always a guarantee of hilarity. We went over to Netflix, rewatched some of our favourite Hindi comedy movies streaming on the platform, and curated this list for your watching pleasure. Read on to find out the best comedy movies on Netflix in Hindi.

Best sci-fi movies on OTT in 2023: Nope, Everything Everywhere All At Once, Black Panther, and more

Welcome is one of the most iconic Hindi comedy films of all time. Directed by Anees Bazmee, this is the story of a doctor who must get his nephew married to the purest family out there. But in the hunt for the perfect one, he ends up getting linked to the biggest dons in the city. Hilarity ensues as everyone involved copes with the situation at hand. Welcome is all about the chemistry between actors Nana Patekar and Anil Kapoor, along with the comic timing of Akshay Kumar.

Another one of the most meme-able dramedies of the golden 2000s era of Bollywood, Chup Chup Ke is a Shahid Kapoor-starrer that shows the story of Jeetu who has fled home only to find himself stuck with a debt-ridden fisherman who takes him on a comedic adventure. The chronicles of Rajpal Yadav and Shahid Kapoor, while at Kareena Kapoor’s house, leave you in splits. This is the perfect binge-watch.

Chennai Express is one of the most fun Shah Rukh Khan movies of all time. The actor known for his romantic roles made his Rohit Shetty debut opposite Deepika Padukone, as the duo meet accidentally on a train and travel together only for SRK to find out that the girl’s father is actually a local don in Rameswaram. It is one of the highest-grossing Bollywood films of all time, given its mix of action, comedy, and drama.

There is not much that can be said about 3 Idiots except the fact that it is one of the most iconic movies of Indian cinema. Loosely based on Chetan Bhagat’s Five Point Someone, 3 Idiots stars Aamir Khan, Madhavan, and Sharman Joshi as the titular characters. It revolves around the lives of these three engineering students who navigate love lives, family, heartbreak, and stress to depict one of the most legendary friendships on the silver screen.

One of the most offbeat horror comedies to come out of Bollywood, Stree shows an interesting chemistry between Rajkummar Rao and Shraddha Kapoor in the lead roles, alongside Abhishek Banerjee in one of the most memorable roles of the last decade. A fun and light watch, Stree uses some elements of horror to excite the viewer further. Highly recommended.

With Rishi Kapoor at his finest, Do Dooni Chaar is a feel-good story of a middle-class school teacher who must keep his family happy as he struggles to deal with the issues around him. It marks the first pairing of real-life couple Rishi Kapoor and Neetu Kapoor on the big screen after 30 years in the first Hindi film distributed by Disney World Cinema. Honestly, we relate with Sachin Tendulkar, when he says it is the best Hindi film he has ever seen.

The first instalment in the Munna Bhai series, Munna Bhai MBBS is a cult favourite with Sanjay Dutt and Arshad Warsi in an impeccable cast. It revolves around a local don who must change his image, come what may, to win the hand of the father of the girl he wants to marry. This was the first time that a Bollywood comedy experimented with a quirky theme and the audience absolutely loved it.

One of the rare sequels that became an even bigger hit than the predecessor, Phir Hera Pheri takes forward the stories of Raju, Baburao Ganpatrao Apte, and Shyam as they gain wealth overnight. Within minutes, you will be on the floor laughing as one of the best-casted trio on screen takes over completely. With a budget of just Rs 18 crores, the movie managed to garner Rs 70 crores at the box office.

The second instalment in the superhit Golmaal franchise, Golmaal Returns brings back the gang. You have Ajay Devgn, Arshad Warsi, Tusshar Kapoor, Kareena Kapoor, and Shreyas Talpade lighting up the screen with their superb comic timing and Rohit Shetty-induced theatrics that make this comedy flick larger than life. Just a really fun watch, this is great for watching with family and friends alike.

Another of SRK’s rare comedy movies to make it to the list is Happy New Year. Directed by Farah Khan, Happy New Year is a comedy of errors with names like Deepika Padukone, Abhishek Bachchan, Sonu Sood, Boman Irani, Vivaan Shah, and Jackie Shroff in the cast. Indeed with its star cast, it is one of the highest-grossing Hindi films of all time.

Some other Hindi comedy movies on Netflix