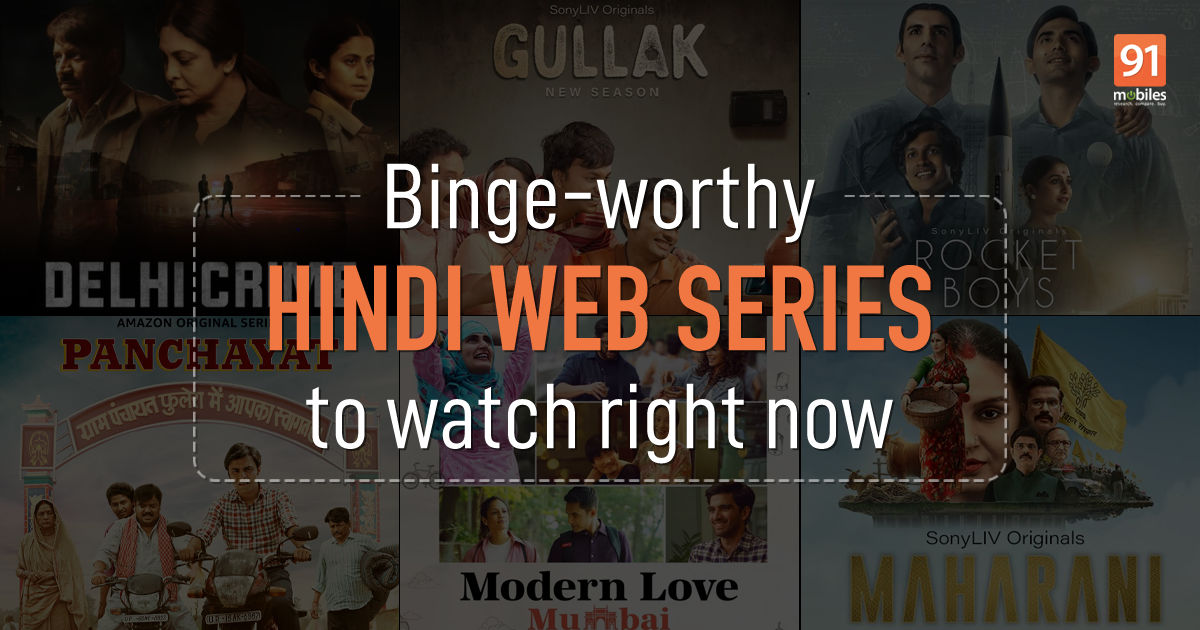 There have been a slew of Hindi web series to enjoy in 2022 (though we are still not done with the year yet). The options are available in a variety of genres, including comforting family comedies, slick thrillers, bittersweet takes on relationships, and a revenge drama that will keep you on the edge of your seat till the last episode. From Ajay Devgn’s OTT debut with Rudra: The Edge Of Darkness to Sakshi Tanwar’s blood-curdling Mai, the exemplary Gullak and Panchayat series, there is a lot to choose from. Here are some of the best web series released in 2022 so far:

List of best Hindi web series of 2022: IMDb rating and where to watch

1. Rudra: The Edge Of Darkness

A remake of the popular British series Luther, Rudra: The Edge Of Darkness stars Ajay Devgn, Raashii Khanna and Esha Deol in pivotal roles. The series examines the psyche of highly sophisticated criminals as well as the detective who hunts them down. Each episode portrays grave threats and Rudra’s determination to pursue killers while forming an unusual friendship with a sociopath named Aliyah.

A sharp comedy-drama, Panchayat chronicles the life of an engineering graduate Abhishek Tripathi (Jitendra Kumar) who becomes a Panchayat secretary in the fictional village of Phulera in Uttar Pradesh. Season 2 carries forward his story, where he seems to have settled into his new life. His relationship with his boss Brij Bhushan,  Dubey (Raghubir Yadav) remains as strained as ever. There’s much speculation and worry about his eventual marriage to Dubey’s daughter Rinki, but her mother Manju Devi (Neena Gupta) has plans to get her married off to someone in Delhi. Panchayat Season 2 is another heartwarming story from the heartland.

Sakshi Tanwar plays the role of a grieving mother who transforms into a ruthless woman as she hunts down the criminals behind her daughter’s death. The story revolves around Sakshi’s Sheel Chaudhary (Sakshi), whose life turns upside down after she witnesses her daughter (Wamiqa Gabbi) being hit by a speeding truck. After the funeral, she learns that it is a pre-meditated murder and not an accident.

Based on the lives of Homi Bhabha and Vikram Sarabhai, the series focuses on how they engineered India’s Nuclear Programme and established the Indian Space Programme and other institutes. The story also shows their friendship, subsequent rifts and their difficult personal lives. Rocket Boys stars Jim Sarbh, Ishwak Singh, Saba Azad and Regina Cassandra in pivotal roles.

Inspired by real events that took place in Bihar during the 90s, Maharani follows the life of Rani Bharti, a simple homemaker and the wife of the chief minister, Bheema. Her life changes one day when he names her as his successor. Season 2 sees new battles for Rani as Bihar is rife with lawlessness and corruption, and she is held responsible. Maharani Season 2 stars Huma Qureshi, Sohum Shah in the lead roles.

The series follows the preacher Baba Nirala (Bobby Deol) whose followers have blind faith in him, unaware that he’s actually a conman interested in their wealth and nothing else. The show stars Chandan Roy Sanyal, Aaditi Pohankar and Darshan Kumar among others.

Gullak narrates the story of the Mishra family, a middle-class household in a small town, dealing with various problems ranging from unexpected guests, and neighbours to office politics. The show has received good reviews and terms as far too relatable. It stars Vaibhav Raj Gupta, Harsh Mayer, Jameel Khan and Geetanjali Kulkarni.

Guilty Minds follows the story of three law school friends Kashaf, Deepak and Vandana who often find each other at opposite ends of the spectrum in court. Each episode dwells on sensitive issues such as rape, artificial intelligence, and water shortage, and how those issues affect their personal lives.

Unpaused is an anthology, consisting of five short segments focussing on the lives of people after the COVID-19 pandemic. The series stars Gulshan Devaiah, Sumeet Vyas, Saiyami Kher and Richa Chadha.

Shefali Shah’s DCP Vartika Chaturvedi is back and this time she has to solve the mystery behind a series of gruesome murders. Vartika is joined by her colleagues, Neeti Singh (Rasika Duggal) and Bhupendra Singh (Rajesh Tailang). Adil Hussain, Anurag Arora, Sidharth Bhardwaj and Gopal Dutt reprise their roles from the first season. The show is based on the infamous kachcha-banian gang, which was active in parts of North India.