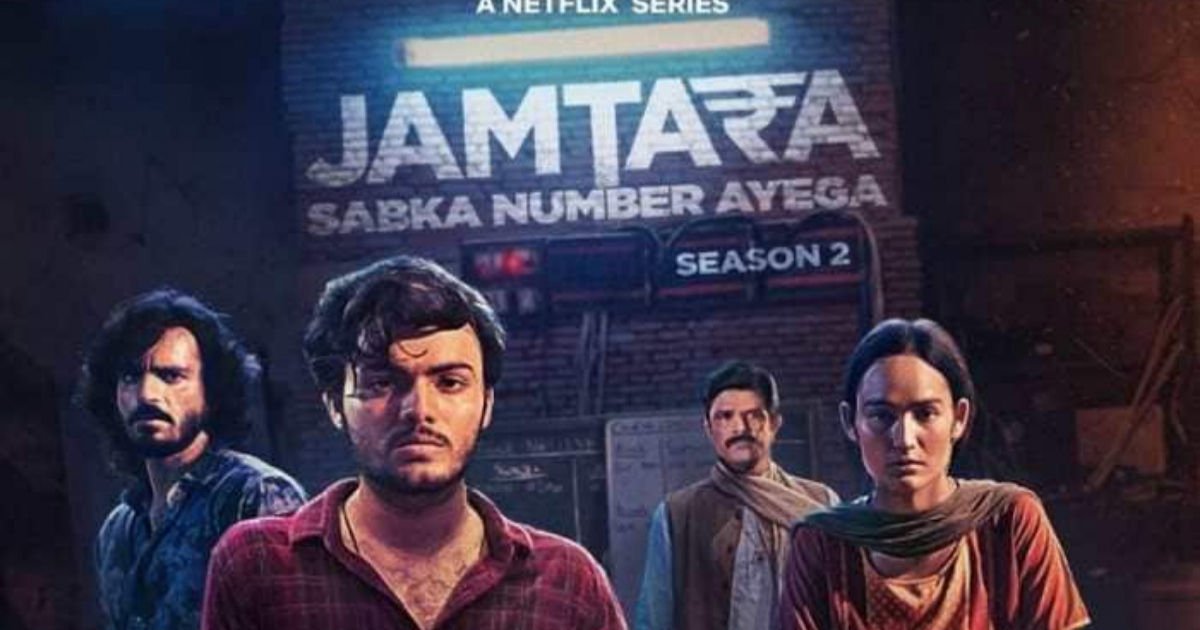 In the past few years, there has been a flood of Indian crime thrillers on OTT platforms, the latest being Jamtara. The crime drama revolves around a group of men in the small town of Jamtara who run a phishing operation that brings them immense wealth. However, a cop gets on their case. There are many similar shows like Jamtara that involve gritty crime and politics, some of the most popular being Sacred Games, She, The Family Man, and more. So, if you liked Jamtara, here are some other shows that you might be interested in.

Created by Imtiaz Ali, the show stars Aditi Pohankar and Vijay Varma in the lead roles. She chronicles the journey of a junior police constable who goes undercover as a prostitute to bust an underworld gang.

She is streaming on Netflix.

Delhi Crime follows DCP Vartika Chaturvedi and her investigation into the brutal December rape of 2012, in Season 1. While the first season showcased the bureaucratic pressures, political influences, and funding troubles along with unravelling the mystery, the second season focussed on a group of serial killers targeting the elderly.

Delhi Crime is streaming on Netflix.

An action-crime thriller, Mirzapur follows the story of Akhandanand Tripathi, a mafia don who rules over Mirzapur, a small city in Pradesh. The show revolves around family feuds, and power battles as ambition and power engulf the city that begins to crumble under lawlessness.

Mirzapur is streaming on Amazon Prime.

A psychological thriller, Abhay focuses on Abhay Pratap Singh (Kunal Khemmu), an investigating officer who can think like a criminal, in order to solve a case. The show also stars Ram Kapoor, Chunky Pandey, Bidita Bag, and Indraneil Sengupta. Abhay has three seasons, with the stakes getting higher in each instalment.

Abhay is streaming on Zee5.

Set in the backdrop of Varanasi, Asur sees Nikhil Nair, a forensic expert who returns to the CBI and gets entrapped in a case that involves a ruthless serial killer. There’s suspense, mystery, and a lot of mythology involved in the series. The show stars Arshad Warsi, Barun Sobti, Anupriya Goenka, and Ridhi Dogra among others.

Asur is streaming on Voot.

Aashram tells the story of a corrupt godman Baba Nirala (Bobby Deol), whose followers belong to the disadvantaged sections of society. They have blind faith in him and are unable to see that he’s a conman, who is secretly looting their wealth. Meanwhile, politicians try to get Baba’s support for their own means.

Aashram is streaming on MX Player.

Maharani is partly based on what happened in Bihar in the 1990s when Lalu Prasad Yadav made his wife Rabri Devi successor. The story features left-wing militants, Naxals, and members of the Ranvir Sena. Season 2 is also inspired by events and characters including the Shilpi Gautam murder and the 2000 Bihar elections. The show features Huma Qureshi, Sohum Shah, and Amit Sial.

Maharani is streaming on Sony Liv.

A biographical financial thriller, Scam 1992 is based on the 1992 stock market scam that was committed by stockbrokers including Harshad Mehta. Prateek Gandhi plays the role of Harshad Mehta, and the story sees his rise and final downfall. Scam 1992 is easily one of the best Indian crime drama web series to watch online.