Home Entertainment 10 best Korean movies of all time on OTT: Parasite, Train to... 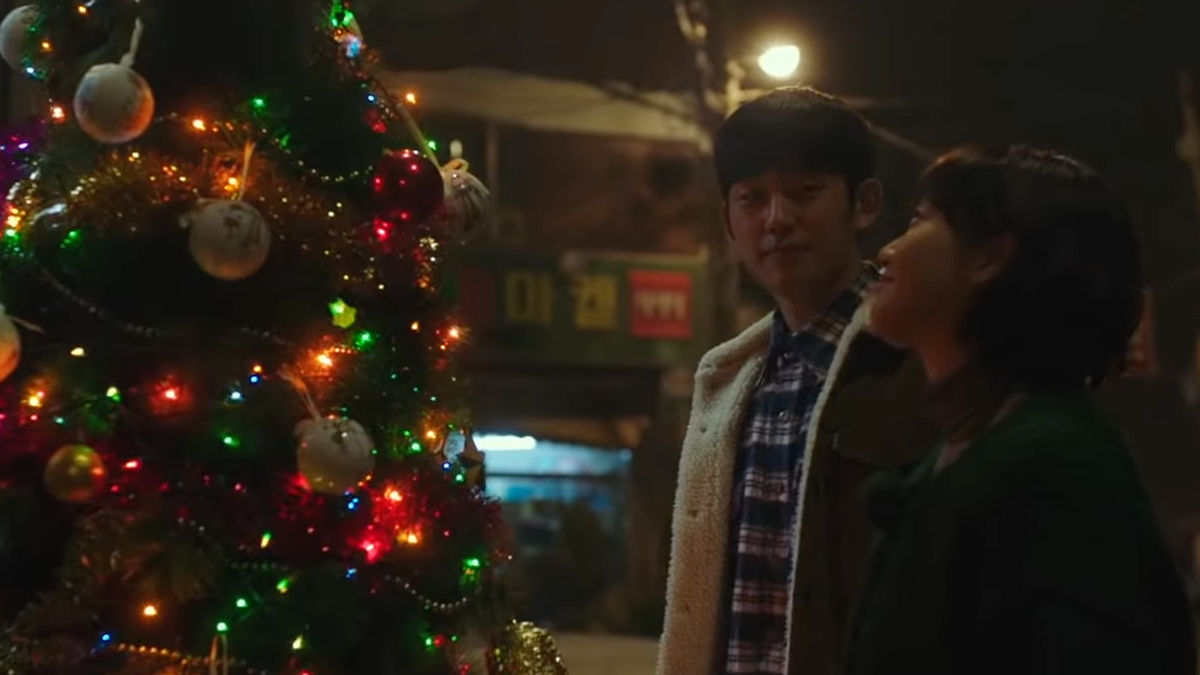 South Korea is known for making some of the most impactful films across genres such as war, social issues, and crime drama. Much recently, Parasite created history by becoming the first Korean film to win the Best Movie award at the Oscars. In case you have a liking for Korean movies and are looking for absolute marvels from the film industry, we have you sorted. Here is a list of the best Korean movies of all time with their plotlines, cast, and release date for your viewing pleasure.

List of Korean movies to watch on OTT: streaming platform

This 2003 South Korean psychological thriller film has been directed by Park Chan-wook, the brain behind several super-hit movies in the country. With Choi Min-sik in the lead as Oh Dae-su, a man who is kidnapped and imprisoned for 15 years without explanation, Oldboy is a classic South Korean flick. When the character is suddenly released, he embarks on a quest for revenge against his captor. Along the way, he discovers a series of shocking secrets and conspiracies that connect him to his past in ways he never could have imagined. The film is known for its intense violence, complex plot, and powerful performances. It has won several accolades on the global stage as well.

When someone thinks of popular South Korean films, it has hard not to remember Train to Busan. It is a 2016 South Korean zombie apocalypse film directed by Yeon Sang-ho. The story follows a man named Seok-woo and his daughter Su-an as they board the KTX train from Seoul to Busan during a zombie outbreak. Along with other passengers, they must fight to survive as the train becomes overrun with zombies. The film has been appreciated across the board for intense action, strong performances, and social commentary on class division, which have come about to be the elements of most globally-recognised Korean films. It became a commercial success and is considered one of the best Korean films of its release year.

This 2011 South Korean film has been directed by Cho Min-ho and has superstars Hwang Jung-min and Yoon Kye-sang in the lead. The film is an emotional drama that tells the heartbreaking story of a man who falls in love with a woman with a terminal illness. The couple faces challenges as they try to make the most of the limited time they have together. The film explores themes of love, loss, and the importance of cherishing every moment. In a way, the Kal Ho Naa Ho of South Korea.

Psychological film extraordinaire, Burning by Lee Chang-dong is a film based on the short story “Barn Burning” by Haruki Murakami and tells the story of a young deliveryman named Jong-su, who runs into an old childhood friend named Haemi, who introduces him to her new wealthy boyfriend, Ben. As the three of them spend more time together, Jong-su becomes increasingly suspicious of Ben’s intentions and begins to investigate his past. The film explores themes of class struggle, poverty, and the search for identity, and has been highly praised for its complex narrative and powerful performances. It is one of the most impactful films to come out of South Korea.

The Wailing is a solid horror flick about a police officer named Jong-goo as he investigates a series of mysterious deaths in his small village, which he believes may be connected to a strange Japanese man who has recently moved into the area. As Jong-goo delves deeper into the case, he becomes increasingly convinced that a powerful demon is responsible for the deaths. This is one of the best bone-chilling thrillers to come out of Netflix, with superb actors such as Kwak Do-won and Chun Woo-Hee.

10 best TV shows like You to watch online: Hannibal, Dexter, Servant, and more

What can be said about Parasite that is not already known? From the Best Movie award at the Oscars to the Palme d’Or at the 2019 Cannes Film Festival, it has won it all. This dark comedy-thriller film, directed by Bong Joon-ho, follows the story of a poor family, the Kims, who scheme to become employed by a wealthy family, the Parks. As they become entrenched in their new jobs, the Kims begin to infiltrate the Park family’s lives in a series of unexpected and sinister ways. The film explores themes of class struggle and the blurred lines between the haves and have-nots.

Streaming on Netflix now, 20th Century Girl is a 2008 war drama that revolves around the historical story of a girl named Min-ji born in the year 1908 as she lives through the chaotic South Korea of the 20th Century. The film follows Min-ji as she experiences the major events and changes of the century, including the Japanese occupation, the Korean War, and the rise of modern South Korea. The film is a historical drama and explores themes of family, love, and identity.

Tune In For Love

Much recently, Tune In For Love is a great flick to watch from 2019. Directed by Jung Ji-woo, the romantic drama is set in the late 1990s and early 2000s and follows the lives of two young people, Mi-soo and Hyun-woo, who fall in love while working at a bakery. The film explores themes of love, loss, and the power of music and memories. This is one of the recent box office successes in South Korea.

Directed by Lee Chung-Hyun, this movie tells the story of a woman who receives mysterious phone calls from the future, which leads her to try to prevent a tragic incident from occurring. Exploring the vast sci-fi concepts of time travel and uncertainty, Call should definitely be on your list if Hollywood sci-fi flicks excite you a lot.

Okja is Bong Joon Ho at his finest on Netflix. This action-adventure film is a one-of-its-kind as it tells the story of a young girl named Mija who lives in the mountains of South Korea with her best friend Okja, a genetically modified “super pig” created by a powerful corporation. When the company comes to take Okja away, Mija sets out on a journey to rescue her friend and bring her home. She faces animal rights activists on the way, as she recognises the evil forces of the world conspiring to worsen the ethical treatment of animals.

Some other Korean movies worth watching

I Saw The Devil

Another psychological thriller on the list, this time by famed director Kim Jee-woon, I Saw The Devil came out in 2010. The movie centres around a man named Kim Soo-hyeon (played by Lee Byung-hun) whose fiancée is brutally murdered by a serial killer. Kim, a secret agent, decides to take matters into his own hands and sets out to track down and get revenge on the killer (Choi Min-sik). The film is known for its intense violence and graphic content, as well as its exploration of themes such as revenge and the thin line between good and evil.

Moving to crime drama flicks, we come to Bong Joon-ho directorial Memories of Murder, which is based on the true story of the first known serial killings in South Korea that took place between 1986 and 1991 in the rural town of Hwaseong. The film follows the investigation into the murders, led by a detective named Park Doo-man, played by Song Kang-ho, and his partner Seo Tae-yoon, played by Kim Roi-ha. The film explores themes of violence, corruption, and abuse of power, as well as the impact of the murders on the local community. It received critical acclaim and won several awards at international film festivals.

Another one from the golden year of South Korean films, 2018, The Spy Gone North is a film based on real-life events and tells the story of a South Korean intelligence agent, played by Hwang Jung-min, who infiltrates the inner circle of North Korea’s ruling elite in the 1990s. The agent, posing as a businessman, becomes embroiled in a dangerous game of espionage and political manipulation as he tries to gather information about North Korea’s nuclear weapons program. With a quintessential enemy state drama, you cannot go wrong with the spy thriller scenes that this film has to offer to the enthusiast.

The Man From Nowhere

2010’s The Man From Nowhere is about a man named Won Bin, a quiet and mysterious pawnshop owner who becomes embroiled in a dangerous underworld of drugs and violence when the only person he cares about, a young girl named So-mi, is kidnapped by a ruthless gang. The film explores themes of loyalty, revenge and redemption as the protagonist sets out to rescue So-mi and take down the gang. With $70 million at the global box office, this is one of the most profitable movies to come from the Asian country.

Ayla: The Daughter of War

2017 war film Ayla: The Daughter of War is the true story of a young girl named Ayla, who is a war orphan in the Korean War. The story follows Ayla as she is taken in by a Turkish soldier named Tahir, who becomes her guardian and protector. The film explores themes of war and loss as Ayla and Tahir navigate the dangerous and uncertain landscape of the Korean War together. Based again on nationalistic incidents, the film has been appreciated domestically as well as in foreign markets.

Another one of Bong Joon-ho’s classics, Mother revolves around a brave mother. A mother, played by Hye-ja Kim, who will stop at nothing to clear her mentally disabled son, of a murder charge. The story delves into the relationship between the mother and son as well as the societal prejudices they face. The film received critical acclaim and won several awards, including the Grand Prix at the Cannes Film Festival.