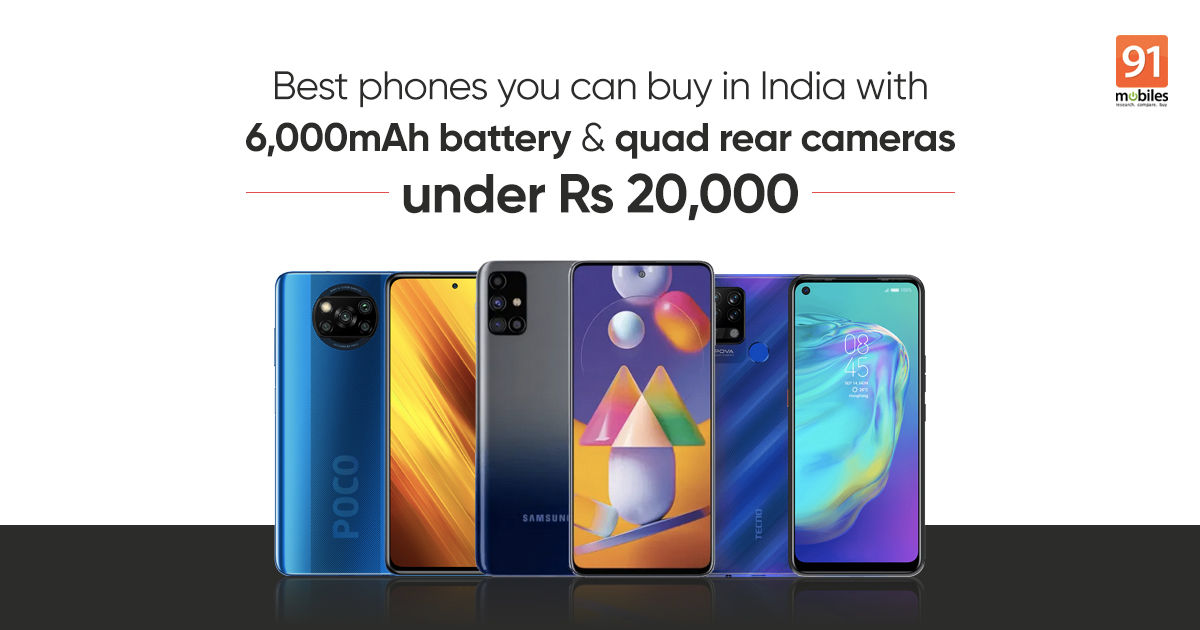 Phones with 6,000mAh battery were unheard of just a couple of years ago, which was around the same time when handsets with quad rear cameras used to cost a bomb. However, in 2020, you can buy this extremely attractive combo for under Rs 20,000 in India. Not just that, you even get a choice of brands between Samsung, POCO, Realme, etc., which effectively means you are not stuck with any specific UI as well. In case you like to click pictures throughout the day, you would know the pain of running out of battery time and again, only to recharge the phone to make sure the phone is juiced up for the right moments. To avoid this frustration, the phones with a 6,000mAh battery and quad rear cameras serve as the perfect combination. We have even included phones from the budget-end to ensure that you have an option to buy on the list irrespective of your budget. Let’s jump right into the list.

Samsung Galaxy M31s has been a popular smartphone in mid-range ever since its launch, and for all the right reasons. The handset comes with a 64MP+12MP+5MP+5MP arrangement consisting of an ultra-wide-angle camera. With ‘Intelli-cam features’ such as Single Take, Nudge, Custom Filters, and more, Galaxy M31s is one of the most capable camera smartphones under Rs 20,000 in India. 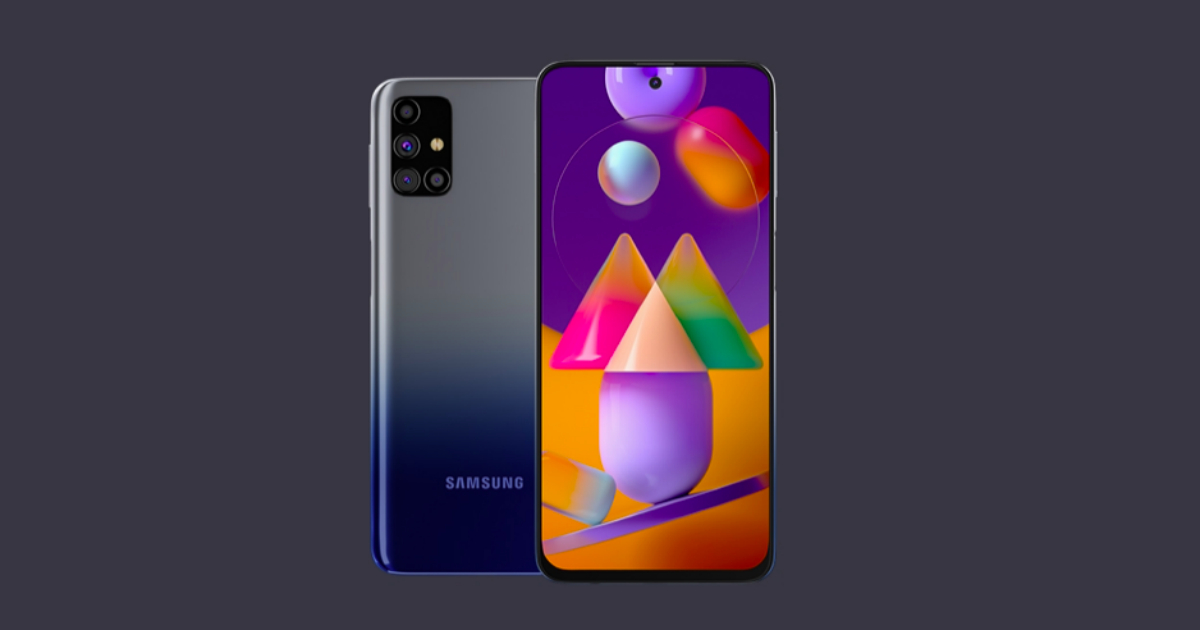 With a 6,000mAh battery, a 6.5-inch Super AMOLED display, 32MP selfie camera, and support for fast charging, this handset from Samsung leaves little to be desired in any category.

While POCO X2 was a really popular smartphone in its own right, POCO X3 manages to offer an even better package. The latest phone in the POCO X series comes with a 64MP Sony IMX682 sensor, assisted by a 13MP ultra-wide-angle lens, a 2MP macro lens, and a 2MP depth sensor. The 6,000mAh battery on the phone supports 33W Quick Charging so you won’t have to wait for several hours for a single refuel. 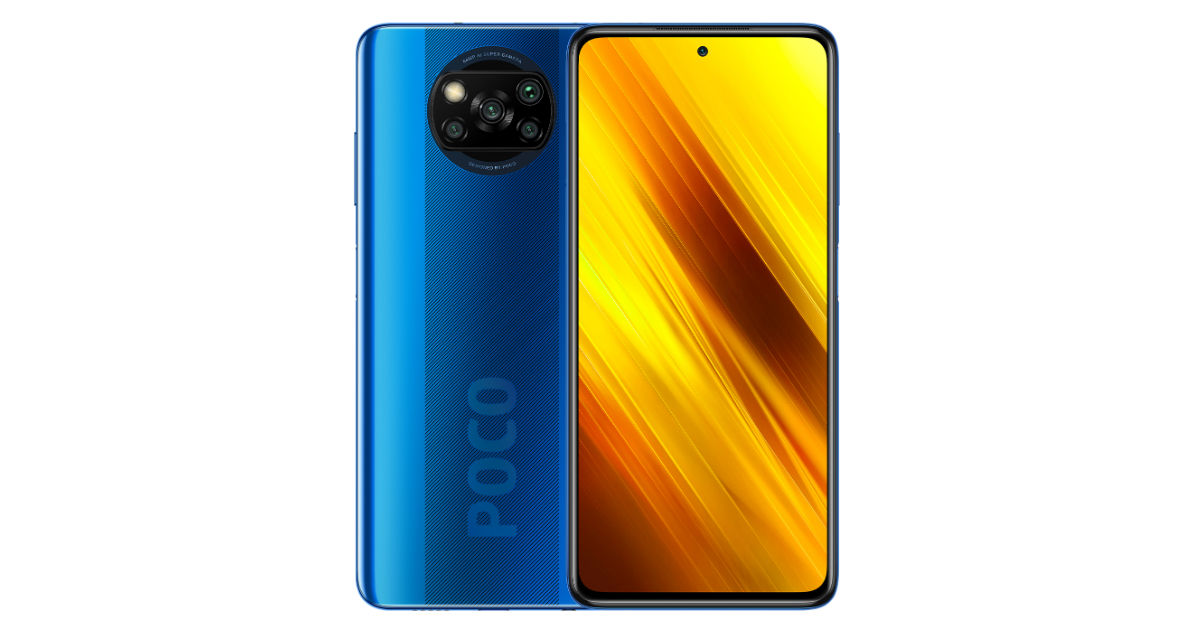 Apart from this, you are also treated to a 120Hz 6.67-inch LCD panel that is perfect for mobile gaming. In the performance department, POCO X3 is powered by Snapdragon 732G chipset and as you might expect, it handles every task like a champ.

Realme C15 Qualcomm Edition is one of the more affordable phones on this list and comes with a 13MP primary sensor, an 8MP secondary sensor with 119-degree ultra-wide-angle, a 2MP monochrome sensor, and a 2MP retro sensor. The 6,000mAh cell on the phone supports up to 18W fast charging. Notably, unlike some other phones on the list, Realme C15 Qualcomm Edition does not come with USB Type-C but rather a micro-USB port. 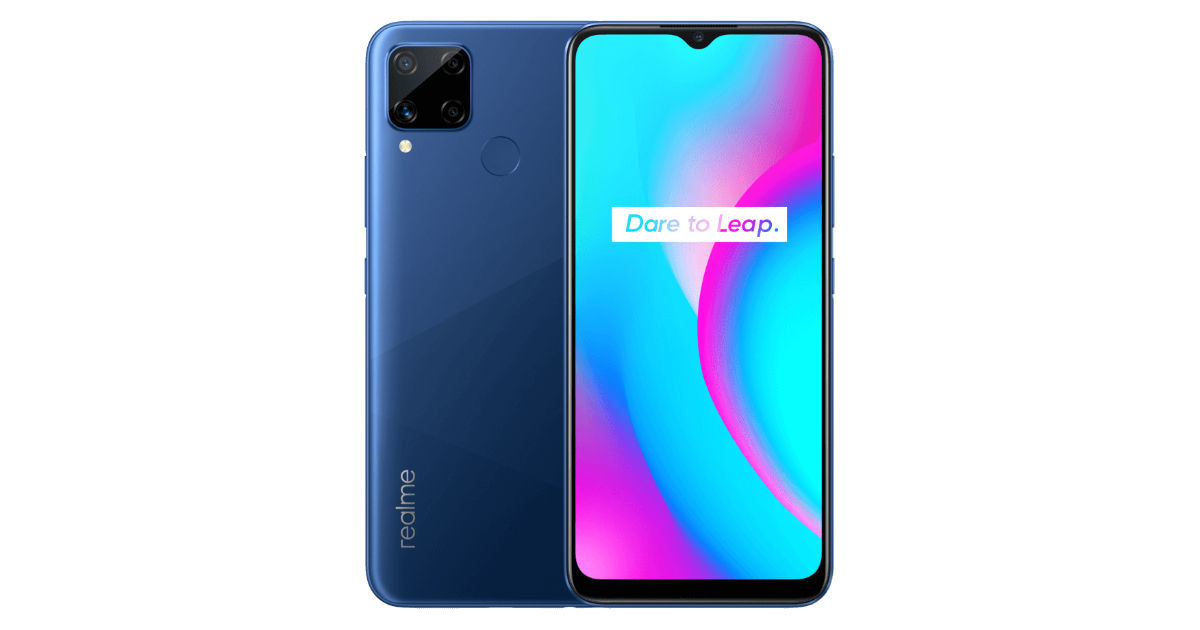 Realme C15 Qualcomm Edition packs a 6.5-inch HD+ LCD display that has a waterdrop notch for the 8MP selfie camera.

Samsung Galaxy M31 Prime is one of the most underrated and often overlooked phones under Rs 20,000 as customers usually end up going for either Galaxy M31s or Galaxy F41. However, with a 64MP primary sensor, an 8MP ultra-wide-angle lens (123-degree field of view), a 5MP depth unit, and a 5MP macro sensor, the handset offers impressive optics. 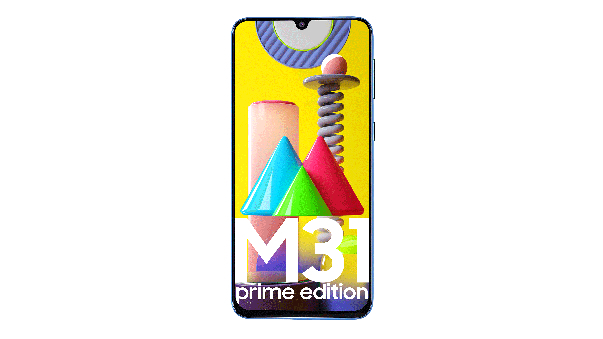 The 6,000mAh battery on the phone supports 15W fast charging, which means you might have to spend a bit more time charging this phone compared with other offerings on the list. As far as display is concerned, Samsung Galaxy M31 packs a 6.4-inch full-HD+ Super AMOLED Infinity U panel with a waterdrop notch design.

The most affordable handset on the list, Tecno POVA, comes with a 16MP primary sensor, 2MP depth unit, a 2MP macro camera, and an AI sensor. The 6,000mAh battery on the phone supports 18W fast charging and just like the Realme C15 Qualcomm Edition, the Tecno POVA also comes with a micro-USB port instead of USB Type-C, which is not surprising for a phone under Rs 10,000. 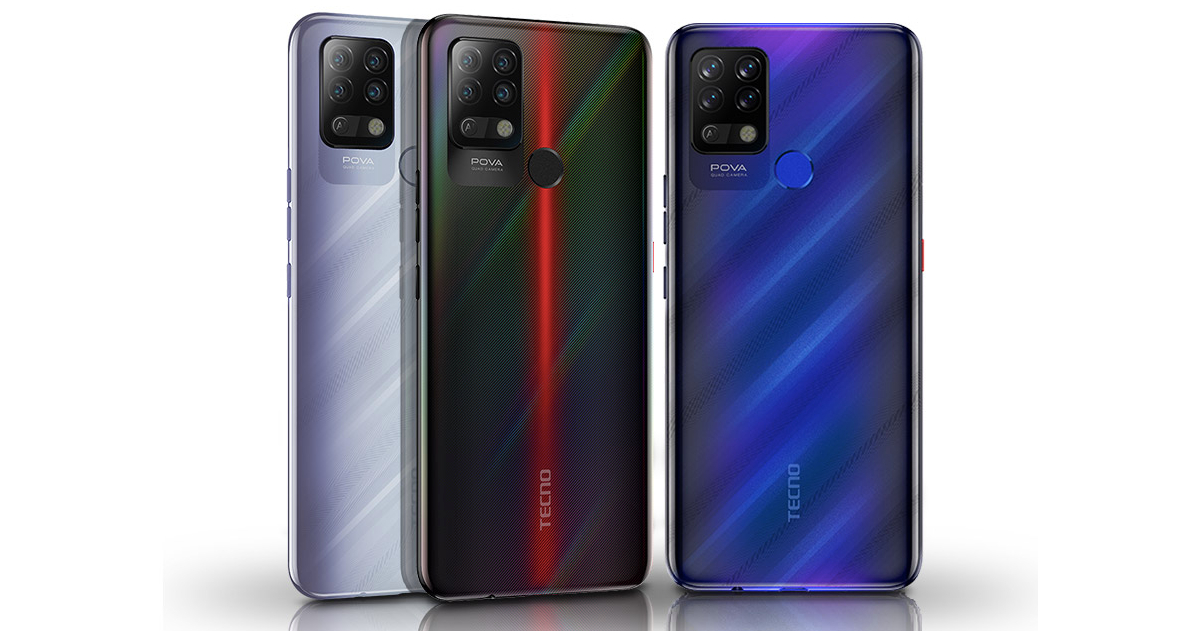 As far as other core specs are concerned, sports a 6.8-inch HD+ (720 x 1,640 pixels) display with a hole-punch cutout that houses the selfie camera. The phone is powered by the octa-core MediaTek Helio G80 SoC.